Voice and versatility in the vineyard 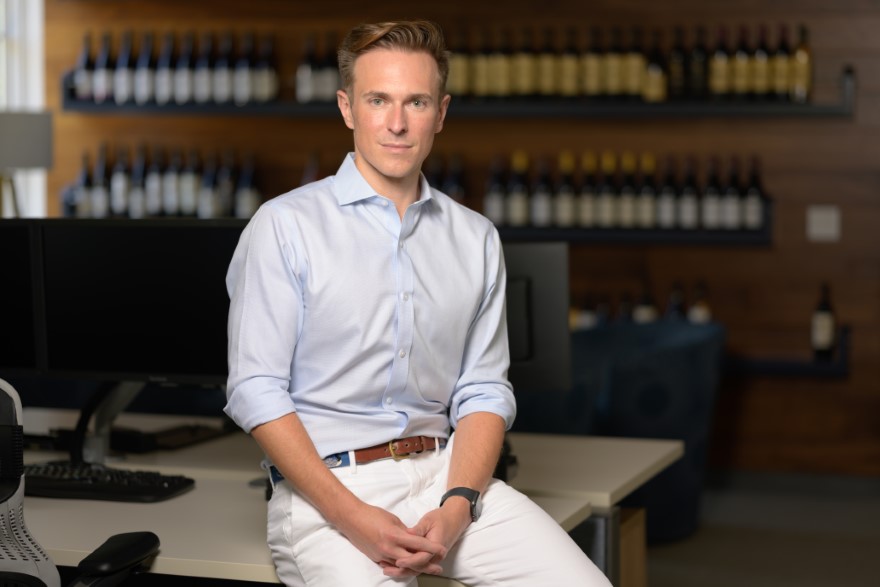 And this includes winemaking, an essential industry with elements of farming, production, sales and marketing. To respond to the new challenges, Sean Sullivan has assumed the role of crisis manager in addition to his regular responsibilities since joining the Duckhorn Portfolio in early 2019 as its first general counsel and chief administrative officer.

SunPoint’s Masood Khan led a team that worked directly with Sullivan to help marshall a myriad of initricate issues.

“Sean has a keen ability to maintain a profound understanding of sophisticated facts and legal matters from the 60,000-feet perspective while commanding the nuances from the weeds,” says Khan. “It was an inspiration to see the respect Sean has garnered from his colleagues and counterparts and we are honored to have been an intricate part of Sean’s go-to team of insurance experts.”

The challenges for Sullivan continued into 2020. 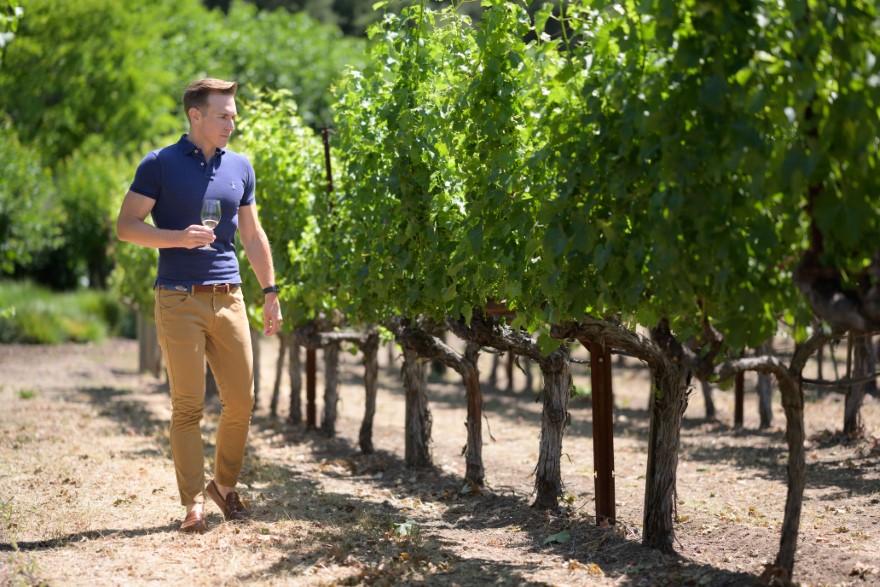 “It’s fair to say that at the beginning of the year nobody outside of infectious disease specialists could have anticipated what the end of May would be like,” Sullivan tells Vanguard in late spring from his Napa Valley office. “COVID-19 has raised a host of interesting challenges for us to address and presented us with a number of opportunities as well.”

As a member of Duckhorn’s six-person executive team, Sullivan has navigated the “moving goalposts” of changing regulations, while leading the team that’s designed and implemented safety and labor protocols in the luxury wineries, tasting rooms and vineyards.

“He was able to look at regulations the moment they came out and guide us to practical solutions that protected employees and kept the business running,” says Duckhorn Portfolio CEO Alex Ryan. “I appreciate his steadiness and his ability to respond quickly.”

Throughout the pandemic Sullivan has communicated all-company updates three times per week on emerging topics and led company adoption of rapidly changing state and county regulations. As California counties or Washington state (where Duckhorn also has a winery) have updated their health and safety regulations, the company’s policies have changed. Masks and hand sanitizers have been needed and wellness checks instituted. No matter has been too big or too small to warrant Sullivan’s attention.

“The rules often are abstract and industry agnostic,” Sullivan says. “It’s been fascinating to analyze all kinds of legislation and regulation in real time and apply it to the specific needs of a winery to achieve what’s best for our employees and the company, while remaining compliant.”

Sullivan leads a team of 18, overseeing the legal, compliance, governmental relations, human resources, risk safety and M&A departments, among others. Throughout the pandemic, he’s been focused on the big picture, but equally “in the weeds,” to negotiate supply chain contracts and weigh in directly with elected officials, regulators and trade associations to arrive at practical solutions to  industry-wide novel challenges. It’s been more cooperative than acrimonious, he says about the back-and-forth with governmental officials, noting that all parties share a sense of empathy in the face of such an unprecedented pandemic. 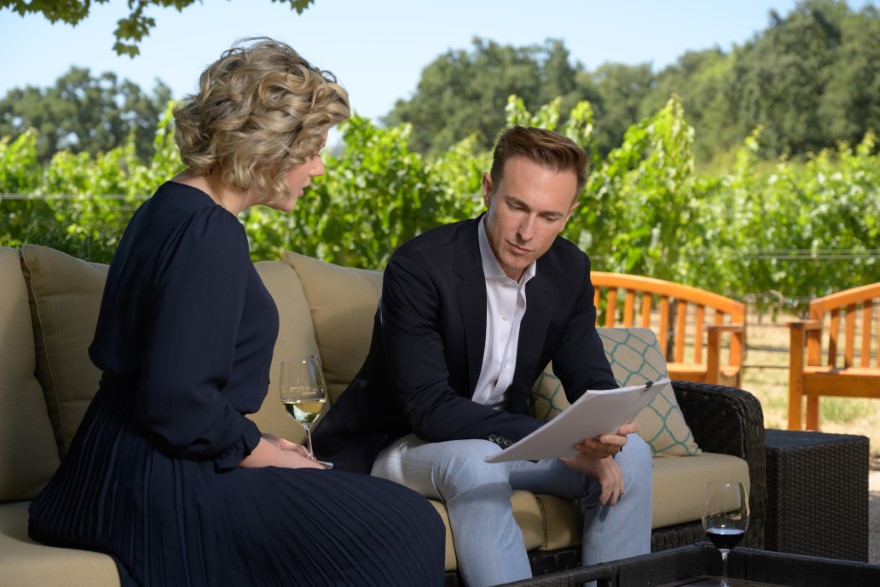 It still helps to have among his outside counsel the North Bay firm of Dickenson, Peatman & Fogarty (DPF) whose clientele includes much of the Napa Valley’s wineries and wine-related businesses. The firm and Sullivan have been collaborating since the COVID crisis began in March, and he credits it with helping him navigate myriad employment-related issues.

“We had been buffeted every day with something new,” Sullivan says. “A new piece of legislation, a new interpretation of a safety or labor regulation or a contract negotiation. We needed an attorney with good experience and a practical world view.”

Jennifer E. Douglas, a DPF co-managing partner and head of its employment department has been just that resource, Sullivan goes on to say, further crediting her risk-management savvy and in-depth knowledge on the regulatory front. The firm also posts COVID-related blogs, which were a resource for Sullivan to keep abreast of employment and labor matters.

“I’ve worked directly with Sean to fine-tune their employment plans and have been impressed with his ability to see the big picture,” Douglas says. “He is not satisfied with conclusions. He wants to know why things need to be a certain way, and he spends the time to understand it fully.”

“Even before COVID, an average morning had me looking into a contract issue, finalizing an insurance claim, negotiating a trademark settlement, advising the sales team on trade practice and regulatory matters, working with the CEO and local officials on land use entitlements, and strategizing with the CFO on budget and credit agreement matters,” Sullivan explains. “It’s a job in which I touch 20 subject matters a day—I love it.”

And he’ll take on other tasks that aren’t in his job description. Sullivan worked a day with the cellar crew last fall, shoveling out the tanks that hold Duckhorn’s wine and enjoying the camaraderie of a harvest lunch. He’s also been known to pitch in around the tasting room on occasion, if he can be helpful. 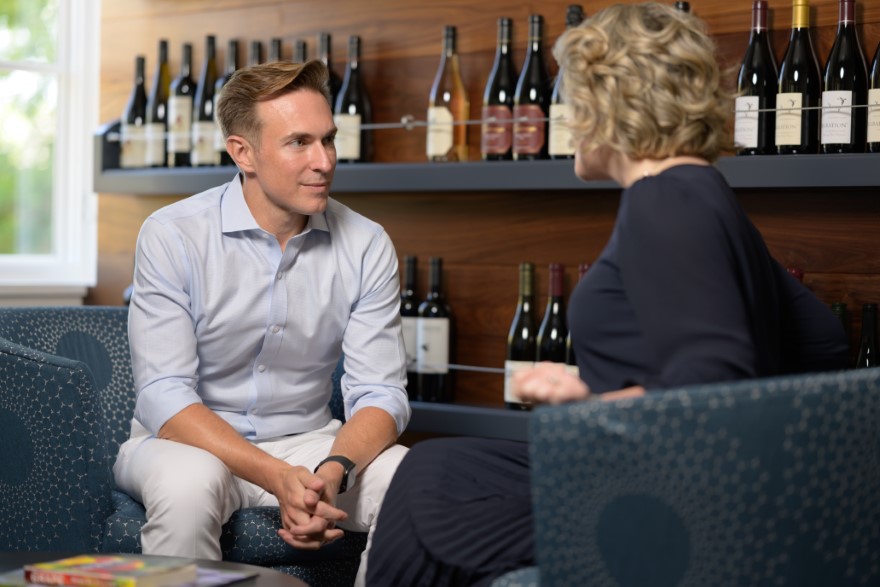 “I would be an ineffective partner if I didn’t understand how each of our teams does their jobs,” Sullivan says, noting that he’s developed a better understanding of land use and water rights issues from hours spent walking in the vineyards, examining the wells and talking with the team on the ground.

He’s also brought a focus on data and efficiency to his oversight of the human resources department, where he drove a revamp of the annual review process to move it fully online and analyze data to strengthen teams, foster employee development and increase diversity throughout the company. “We’ve taken a process that had met its core goal and reimagined it to be easier for employees and to provide the organization with actionable data,” he says.

Meanwhile, the product line is expanding with two new luxury wines—Greenwing and Postmark—and new offerings from the popular Decoy Winery, such as its recently-released sparkling wine. This early engagement with the product is among the most enjoyable aspects of his job, Sullivan says about being in charge of trademarks, negotiating grape purchase contracts and being a member of the panel that tastes all of Duckhorn Portfolio’s renowned wines, including its famed Napa Valley Three Palms Merlot (one of his favorites).

Sullivan’s comfort in the role may stem in part from his long history with the company and its CEO. A 2006 Columbia Law School graduate who cut corporate deals for over a decade as a Gibson Dunn associate, his workload included Duckhorn’s acquisition by GI Partners in 2007 and advising the board and management team during its nine years of ownership. 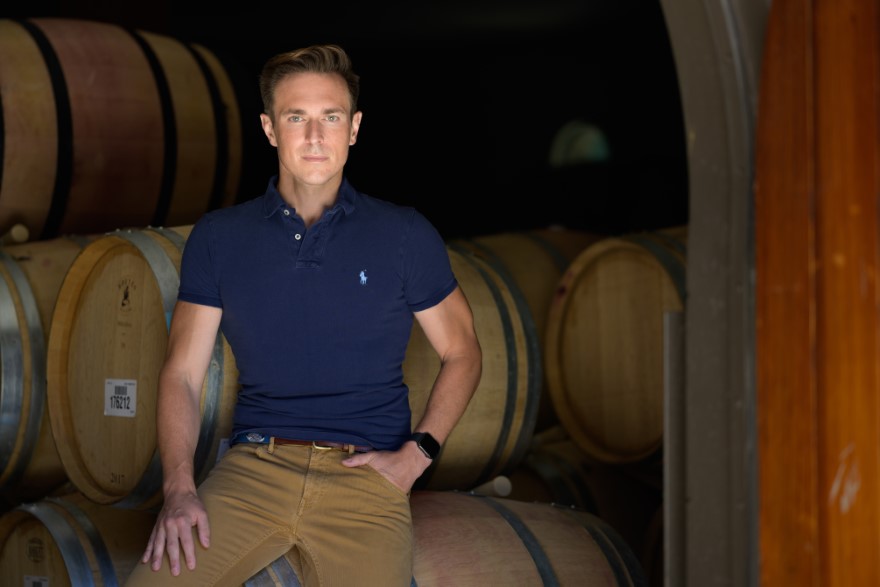 He was again at the center of the action in 2016 when GI Partners sold the company to its current owners, TSG Consumer Partners. Since becoming general counsel, 39-year-old Sullivan has helped integrate Duckhorn’s most recent winery acquisition, Kosta Browne, and constantly scans the horizon for new opportunities for growth.

As the company looks to an exciting future, Sullivan notes that Duckhorn remains grounded in the traditions that began when Dan and Margaret Duckhorn founded the winery in 1976. CEO Alex Ryan regularly reminds that “our success is built upon our colleagues and our culture.”

As much as he enjoyed his years at Gibson Dunn, Sullivan says he feels most at home in this enviable executive role, helping to lead a large company in which a family atmosphere endures.

“This role has been demanding in the best sense of the word from day one,” he says. “I am honored to be a part of it and to help shape the next chapter.” 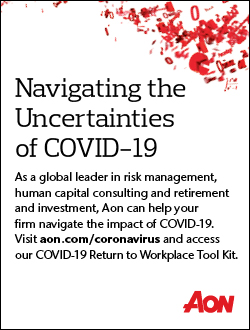 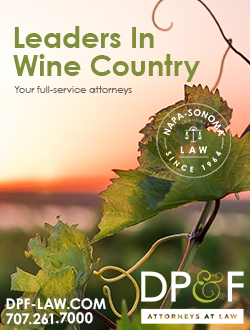 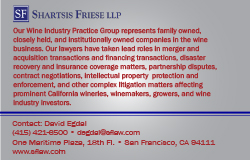