The ins and outs of litigation

For Shelby Angel, the lure of the law is in how it allows one to see things from many angles.

Indeed, her own career has been a testament to that sense of dynamism, having worked for years as a litigator in the Dallas area and, more recently, as an in-house attorney for Gold’s Gym.

For more than four years, Angel learned the ins and outs of franchise contracts and trademark protection at Gold’s. Now, she has returned to litigation at Match Group, eager for the give-and-take that comes with the territory.

“I love the analytical part of seeing both sides of the coin,” Angel says. “There are always two sides, or at least it is argued there are.”

Based in Dallas, Match Group has a portfolio of companies that operate online dating sites such as Match.com, Tinder, Plenty of Fish and Ok Cupid. But the lure of the new job is about more than just proximity to home, Angel says.

“It’s a very open culture and the company is a leader in diversity,” she says of Match Group. “That and the technology and privacy landscapes are changing so quickly, and so many things are emerging globally—that attracted me.” 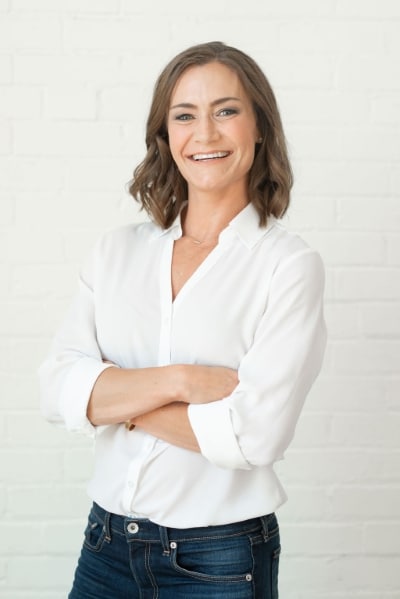 Angel says she expects to cover a wide range of legal issues from consumer law to sophisticated commercial cases.

“A healthy mix will keep it interesting,” she says.

The new role also finds Angel returning to an element she’s long enjoyed: the nitty-gritty of litigation, which she says is about much more than courtroom dramas.

“I love the intellectual challenges that litigation brings. I can get pretty worked up when I am writing a brief, or discussing the merits of case law, whether it is responding or setting out our position,” she says.

If litigation is her first legal love, Angel also has plenty of affection for the in-house work she did for Gold’s Gym. Also headquartered in Dallas, Gold’s has 140 corporate-owned gyms in the U.S. and franchises in more than 25 countries, and the scope of Angel’s work could be frenetic.

“It took time to learn nuances in franchising, there was definitely a learning curve,” she says. “Operations issues and trademark infringement actions were kind of like whack-a-mole, you’re never going to catch up.”

Angel began as franchise administration counsel before quickly moving up to a broader generalist role as counsel and—eventually—vice president and senior counsel.

Aside from handling corporate contracts, one of Angel’s main responsibilities was to oversee the company’s international master franchise agreements. In the last year, Gold’s concluded master deals to cover new franchise opportunities in Iraq, Turkey, New Zealand and Australia—transactions Angel says required her to stay aware of global changes in the law.

“The greatest part of international relationships is dealing with so many cultures and legal processes,” Angel says.

Reflecting on her time at Gold’s, Angel says that what she learned—and the people she learned from—made joining Match Group one of the hardest decisions she’s ever made.

“I love my colleagues at Gold’s, and leaving those relationships was hard,” Angel says.

Prior to joining Gold’s, Angel was a partner at Estes Thorne & Carr, a Dallas law firm founded and run by a group of women who had left big firm life at one of Dallas’ most respected law firms. Here, she was also a litigator, but says the experience transcended work at the other firms she worked in because of its leadership and commitment to diversity.

“It was huge for my professional development,” she says. “It was a privilege to have Dawn Estes as my mentor.”

It’s not uncommon for attorneys from larger firms to split away and set up boutique practices (her husband did the same, in fact), but the practice was far less common a decade ago. And Estes Thorne & Carr was the first women-owned firm in Dallas to focus on business law.

“One of the first things the partners emphasized was ‘let’s be women that help other women, let’s lift each other up,” she recalls. “That mission spoke to me.”

It was more than the mission she enjoyed, Angel recalls, because she handled a variety of cases with plenty of latitude from the firm’s leadership.

While her in-house work at Gold’s brought Angel to different realms of law, she says litigation is unique in how it brings the attorney and business partners together.

“You need to know the ins and outs of how they operate; the little things like background, how a product operates, and what the desired outcome is, can be important. Communication and understanding are key,” she says, adding that a litigator must also find ways to minimize business partners’ time away from their work as a case builds.

Being true to your own style, even as it may evolve, is crucial to success, Angel says.

“I would say I have a more assertive style. I really enjoy the brief writing, analysis of factual and legal issues, and persuasive intellectual argument,” she says.

Being a mother to two sons who is married to an attorney might seem to leave little leisure time, but Angel pursues hers as hard as she does her legal cases.

She tries to exercise as often as she can—if fitness boot camps, marathons and triathlons are any measure of effort. Angel has completed four half-ironman triathlons and run the Boston Marathon twice, but says her most memorable race took place to the north and west of there.

“I ran a marathon in Anchorage, Alaska,” she recalls. “It wasn’t planned; I went to support my cousin. I remember because it was the summer solstice, and after the race we went out to celebrate. It was midnight and felt like 5 o’clock in the afternoon.”

A native of southern California who grew up in Austin and east Texas, Angel played basketball at Washburn University before getting her Bachelor of Arts in International Business and Spanish from San Diego State University and her Juris Doctor in 2003 from Southern Methodist University.

She says she always wanted to be an attorney; the debating intrigued her from a young age.

“When I was 9, I wrote my dad a letter detailing the reasons I should get a cat. Let’s just say we rescued ‘Snuggles’ the next day,” Angel recalls. 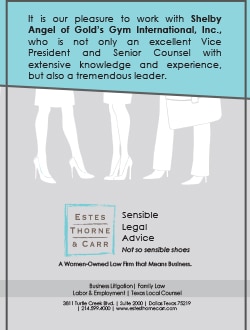