The art of pouring concrete (compliance)

They say everything’s bigger in Texas, and the 490,000-square-foot Dickie’s Arena in Fort Worth is a towering testament to that refrain. Inspired by the multi-use fieldhouses popular in the early- to mid-20th century, the brick-bound building appears at once well-worn and cutting-edge—fitting for a region that represents both.

And yet, the 14,000-seat arena somehow feels even bigger once inside, the perfect stage for Texas-sized dreams. Maybe that’s why the space resonates so fervently with Tonya Johannsen: When your childhood designs include Broadway stardom and being the first female U.S. president—in that order—you know big things when you see them. 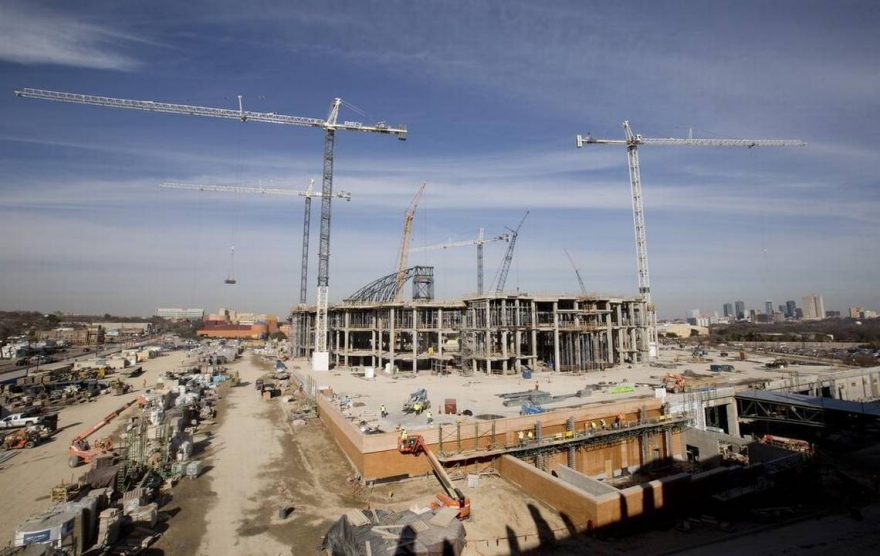 “It’s the kind of project that’s going to transform the landscape around it—in a good way,” says Johannsen, general counsel for The Beck Group, the construction company behind Dickie’s Arena. “For us it represents not just our own growth, but the growth of the region as well.”

It’s also a useful test case for understanding the evolution of The Beck Group’s legal department—a transformation in which Johannsen has had a guiding hand.

In 2008, the year Johannsen joined The Beck Group after more than two decades in private practice, the department was largely seen as a kind of “third arm”: helpful in some cases, a hindrance in others.

While the company had weathered the first throes of the Great Recession, Johannsen knew that in order to propel The Beck Group forward, the legal function “needed to be proactive, rather than reactive.”

One of Johannsen’s most important strategic moves was to institute basic legal training for non-legal employees on the actual jobsite, including extensive tutorials on better understanding the niches and nuances of project contracts.

“We wanted our designers and builders focusing on what they do best,” Johannsen explains. “In order to do that, you have to make sure everyone understands the repercussions of not meeting the many deadlines and deliverables included in these contracts.”

Now, anytime a new project comes online, Johannsen’s department uses a color-coded system to identify areas of concern within the contract: red for “critical” changes; green for changes in phrase and tone; and yellow where there’s room for compromise.

Once the final contract is negotiated, Johannsen and her team prepare a detailed watchlist of the benchmarks and timetables—say, a provision stipulating that The Beck Group notify developers about any unforeseen conditions within three days—which they then use to brief builders and designers on the jobsite. 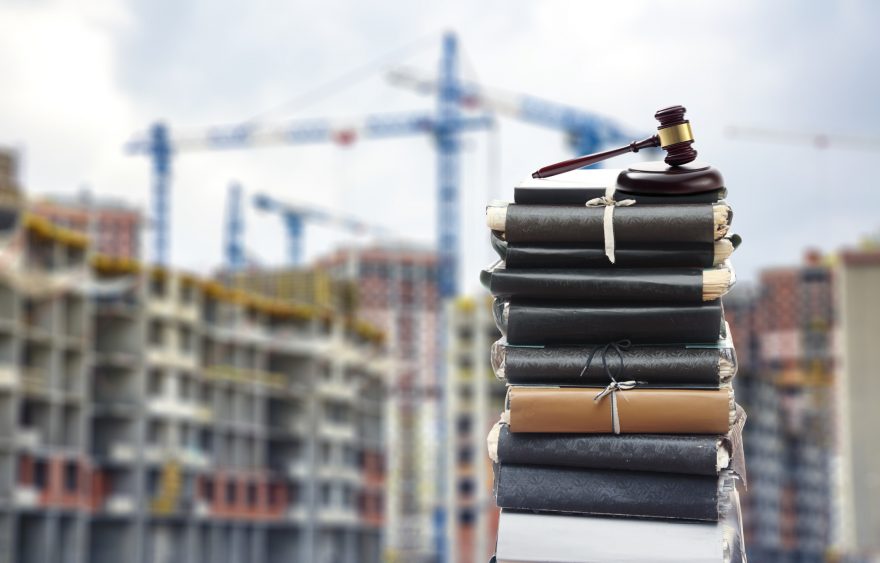 When it came time to break ground on Dickie’s Arena, back in February of 2017, the firm’s compliance posture was sturdier than it had ever been. And not a moment too soon: entailing 86,000 cubic yards of concrete, 9,000 tons of reinforcing steel and all manner of other materials, the project presented little room for error.

“Does that mean we never make mistakes? No. But we’re making far fewer of them,” Johannsen explains. “We’ve made compliance part of the company culture.”

All hands on deck

Today, the focus is on “reinforcing that institutional knowledge”: standardizing contract language, fostering a more collaborative dialogue with subcontractors, and continuing to develop internal processes.

All the while, The Beck Group’s project docket continues to swell, punctuated by a record $1.7 billion in earnings for 2017.

When the three-person legal team isn’t enough, a select cadre of outside counsel assists. Houston-based Stephens PLLC helps compile the watch lists used by The Beck Group’s field teams—in addition to Power Point presentations and letters crafted to nip potential problems before they get out of hand.

“I think our focus on construction litigation and the ability to spot issues are what made the partnership a perfect fit,” says Kenneth Stephens, founder and partner of Stephens. “What we love about working with Tonya and her team is how diligent and responsive they are. These are high-profile projects with a lot of eyes on them, and Tonya and her team really pay attention to the details.”

It’s not the Broadway stage a young Johannsen dreamed of, but it’s a career that nevertheless made the cut.

Reaching for the rafters

“Lawyer was fourth on the list, behind ballerina, Broadway star and President—but it still made the list!” Johannsen jokes about an essay she wrote in the second grade. “You tend to have a lot of dreams and goals as a child, but I feel fortunate that I was able to follow through to become an attorney.”

Only, the path wasn’t without detours. After graduating from Eastern New Mexico University in 1975, Johannsen held off on law school in lieu of a four-year stint teaching ninth-grade English.

“Over time, I learned that I enjoyed identifying and solving problems and taking things that are ostensibly boring and making them interesting,” Johannsen recalls. “It dawned on me that that’s a lot of what a lawyer does: teaching, interpreting, looking at things from a lot of different angles—taking that which is difficult and making it seem simple.”

She ultimately enrolled at the Texas Tech University School of Law, where she was an editor of the law review and earned honors as the school’s Outstanding Law Review Student in 1982. 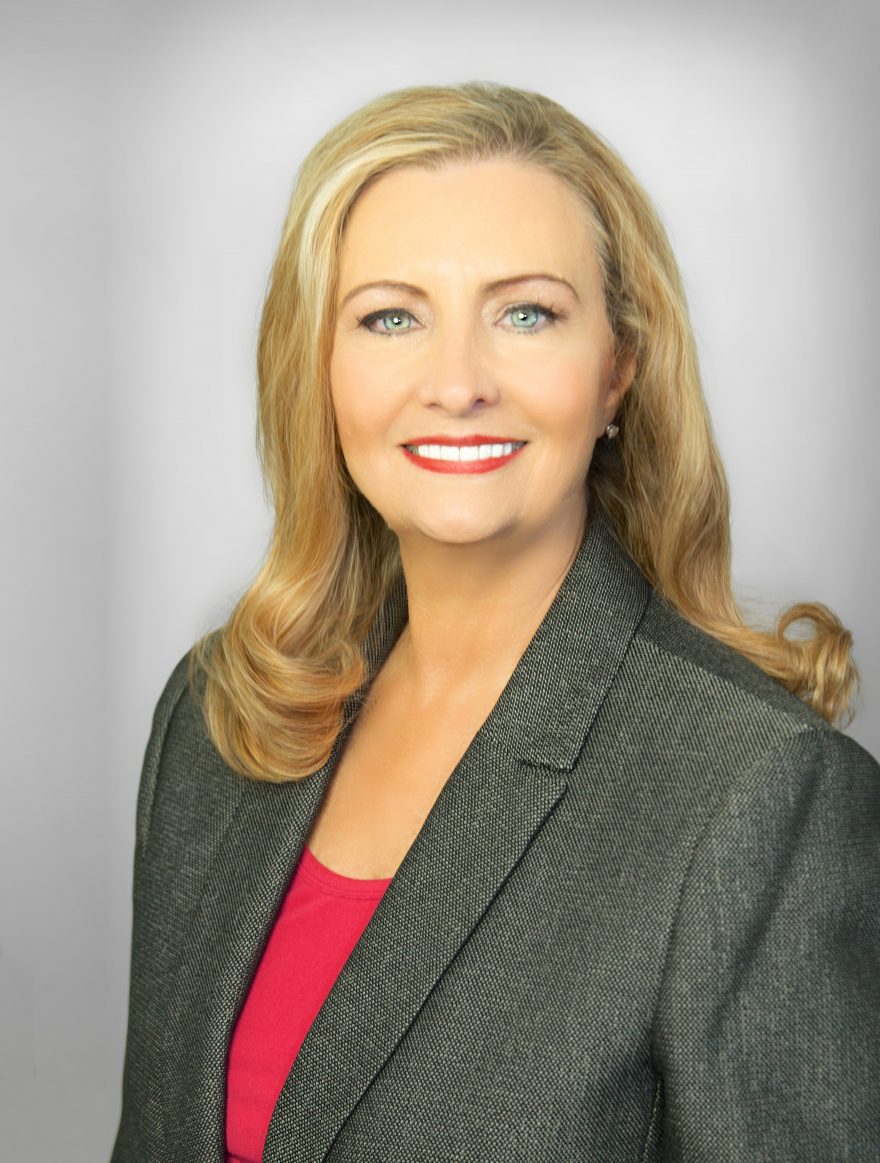 After earning her J.D. in 1983, Johannsen was hired by the Dallas firm of Winstead, Sechrest & Minick (Winstead). Here, her responsibilities included all aspects of trial preparation in disputes involving real estate and banking transactions, as well as those for the firm’s construction industry clientele.

In 1998, after 15 years with Winstead, Johannsen moved to Akin, Gump, Strauss, Hauer & Feld LLP. As partner, Johannsen and two other colleagues oversaw a 40-person trial team in a “bet the company” patent case—once pending in both Texas and California courts simultaneously—in addition to other high-stakes litigation.

However, like many private practice veterans, Johannsen grew eager for a change of scenery: a chance to leverage her expertise for a company in search of a general counsel who could define and focus its legal function in an innovative way.

In The Beck Group, Johannsen found a company after her own heart, where big ideas were not only welcomed, but stridently encouraged.

“Whether it’s the projects we pursue or the community initiatives we support, we aim big,” Johannsen says. “The new arena is a testament to that. We’re not just helping build the community; we’re a part of it.”

Should she decide to take in a concert or play, there won’t be any wishing she was up on stage: she already is. 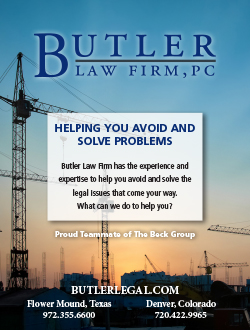 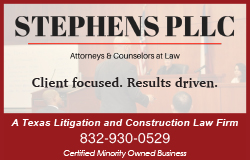 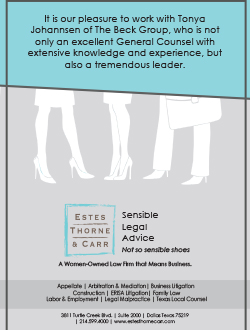 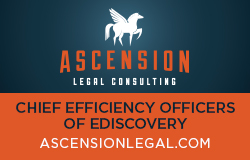 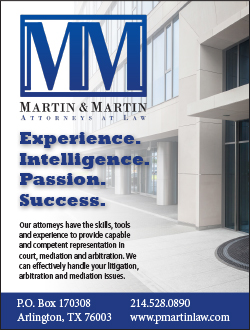 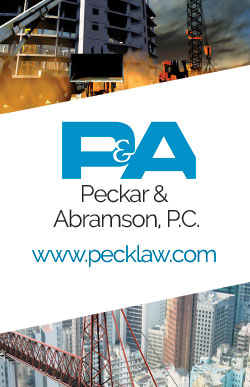 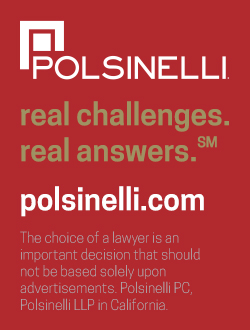 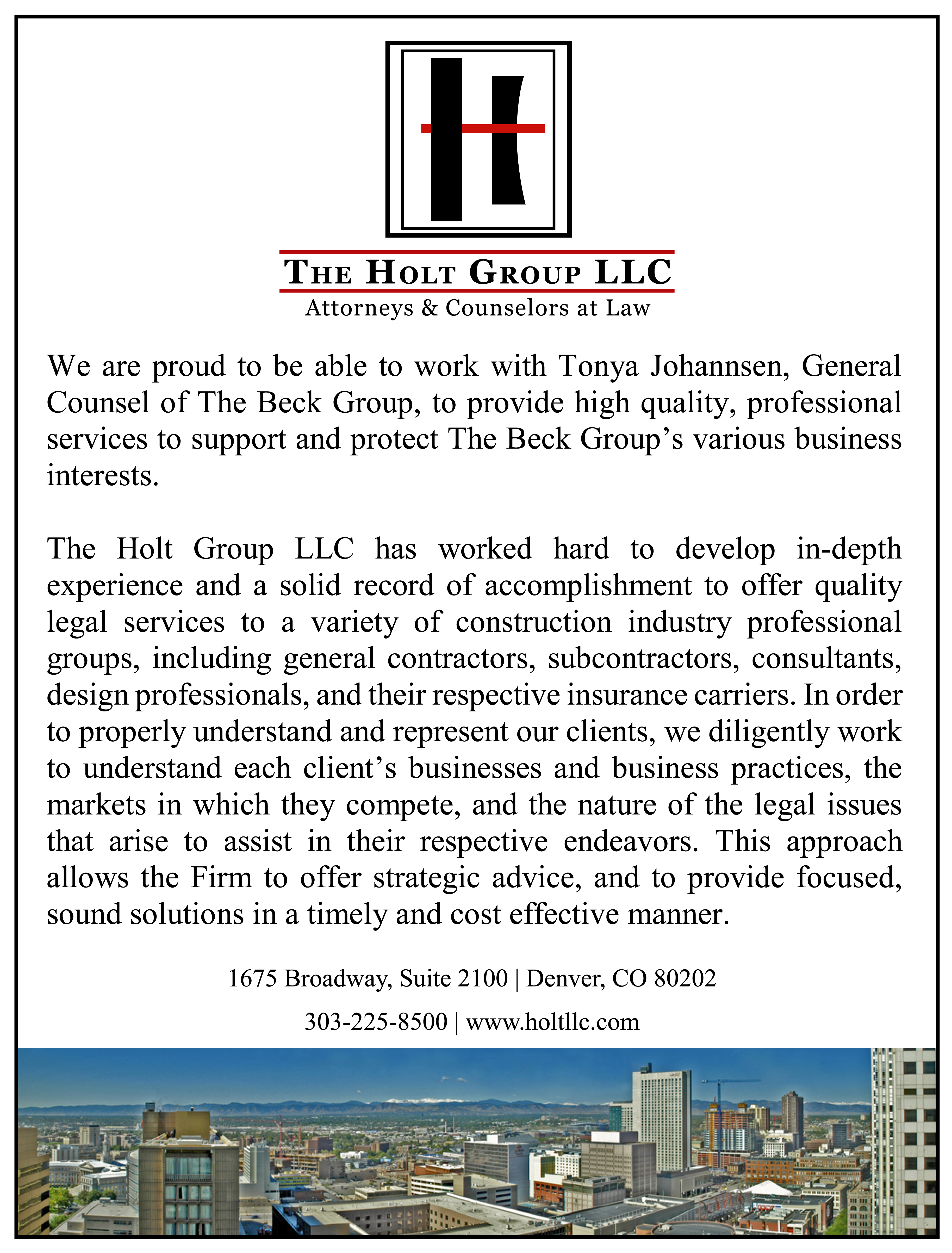 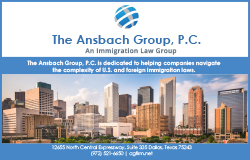