Techie-turned-lawyer focuses on innovation, not litigation

Typically, when a company holds a patent, the underlying product or technology is one that the company itself has created and intends to sell.

Other times, those patents are acquired by non-practicing entities, companies that don’t develop or sell the related product—but can employ aggressive litigation tactics to make money off businesses that do.

Enter RPX, a patent risk management company. According to Steve Chiang, RPX’s chief IP officer, its member companies were recently poised to lose “significant revenue” when a non-practicing entity filed for an injunction against several RPX members to prevent them from importing their products into Germany. 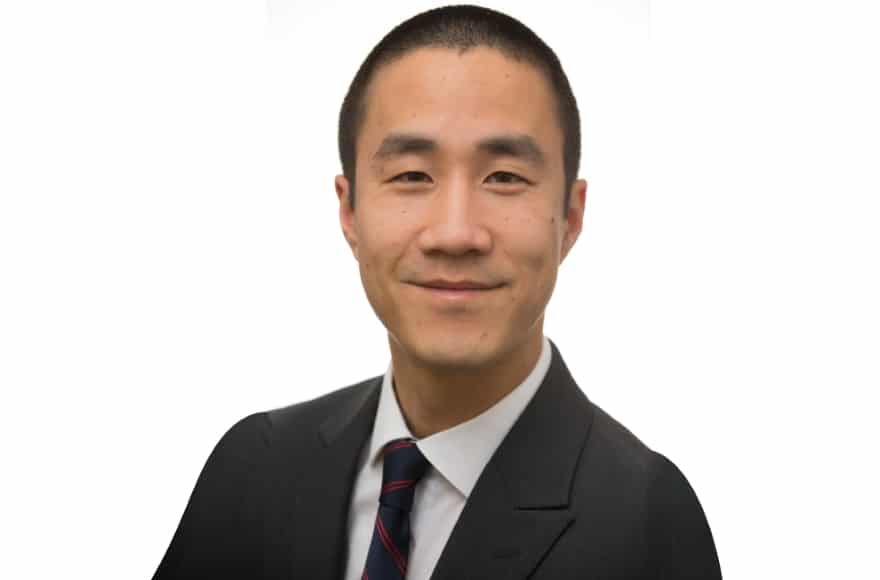 In response, he says RPX built a syndicate of companies interested in securing licenses to the litigated patents—drawing up a deal that avoided any injunctions and re-opened the market for its members.

The goal, Chiang says, is to help companies more efficiently resolve patent disputes outside the court system, saving them time and money.

“When it comes to resolving patent disputes, it’s about understanding the costs on all sides, listening to each other, and finding common ground,” he says. “The team is always focused on helping technology companies get back to doing what they do best, which is innovating and delivering new products, features, and services that benefit consumers worldwide.”

Based in San Francisco, RPX helps its members resolve patent disputes more efficiently than can often be achieved through licensing and litigation.

The company also helps clients avoid patent disputes altogether by purchasing “problematic patents” (ones that are broad or vague) to remove them from circulation before a non-practicing entity buys them and launches costly litigation. RPX is focused solely on defending its members; the company has pledged to never assert a patent it owns.

According to Chiang, companies could spend millions of dollars annually fighting patent assertion, which is impossible for many smaller businesses—and a heavy financial strain for many larger companies. Using a subscription membership, RPX members secure licenses to those patents at a much lower cost. They also gain access to many more patents than they could on their own, likely. 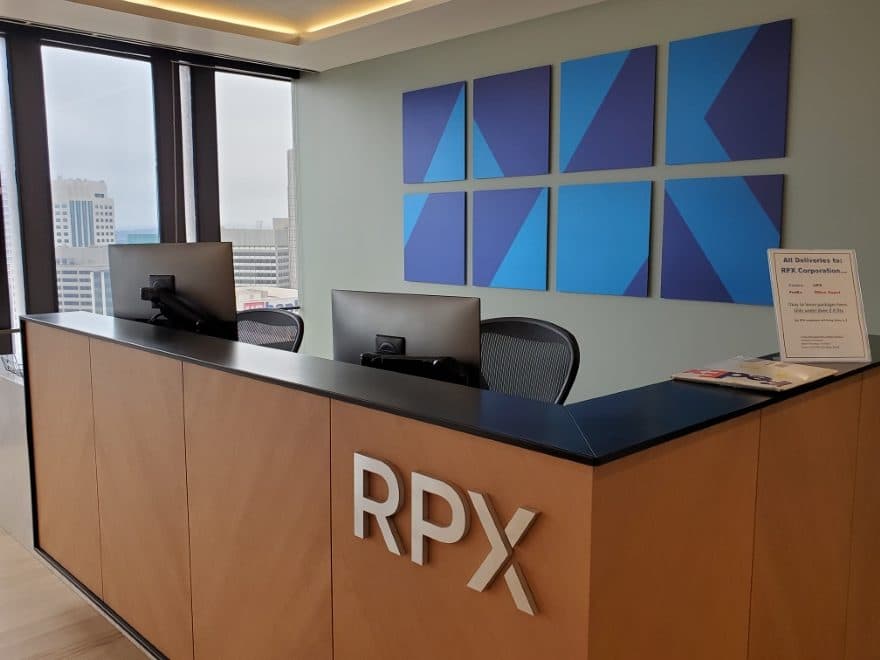 As part of his role in helping to draft and negotiate the underlying agreements, Chiang says he enjoys getting people to think creatively about how to solve issues and “get to the meat of the issues really quickly.”

As Chiang explains, many of RPX’s projects require input from multiple business groups, and he must ensure project leads can achieve their business objectives without creating undue risk for the company. Chiang also does a lot of research on the rapidly evolving laws and regulations that impact patent licensing.

“Following and understanding the trends of patent law is critical to RPX’s business,” he says. “It’s not just about the individual cases. The scope is much bigger than that.”

In its early years, RPX found value in analyzing broad data sets about patent litigation—data that helped the company identify industry-wide trends and better facilitate transactions on behalf of its members.

Over time, Chiang says RPX added new data sources, including increasingly advanced analytics. RPX’s strategic analytics and litigation intelligence teams look for patterns in the data, too, like how long litigation or deals take and how different parties are performing in litigation. 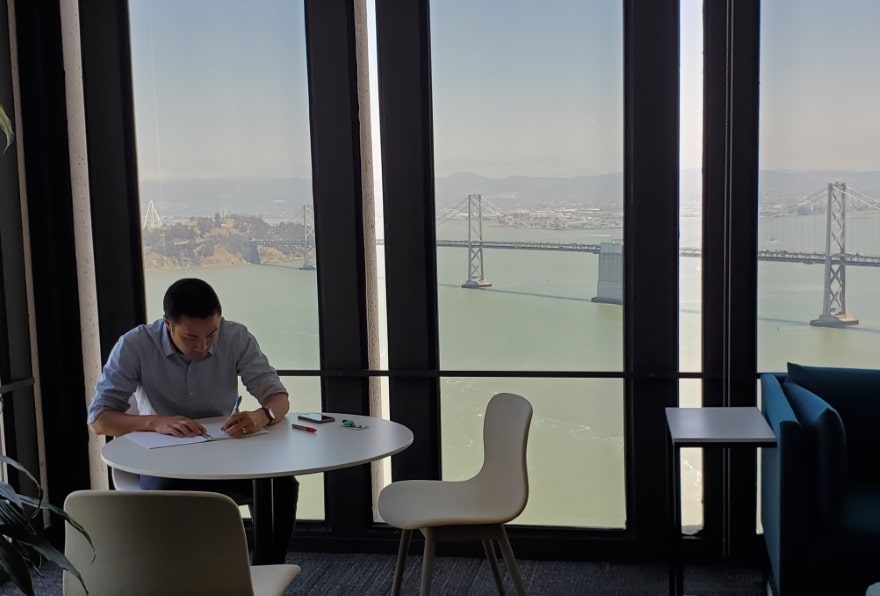 “We knew as we were capturing and digesting this data, we could find patterns to inform our practices and decisions,” he says. “When we have the data available, it guides our research and development.”

Chiang says the information has made RPX more efficient because it helps identify future patent risk, better evaluate and perform due diligence on patents, and augment litigation strategy. RPX has been using artificial intelligence and machine learning to capture the data in the cloud and is exploring how to make the information available and useful to members, he adds.

Although he works in RPX’s legal department, Chiang says the technology side of the business is fascinating to him and that his work wouldn’t be possible without it. Technology is, after all, where his career started.

Prior to attending law school, Chiang worked as a software engineer at Silicon Valley companies. After four years in tech, however, he decided to seek new challenges. He had an interest in law but wanted to incorporate his technology background. That’s when he discovered patent law.

“I enjoy the process of learning and figuring out how things work,” Chiang says. “It’s far exceeded my expectations.”

He adds that he enjoys practicing patent law because it allows him “to stand on the balance of innovation and protection.” 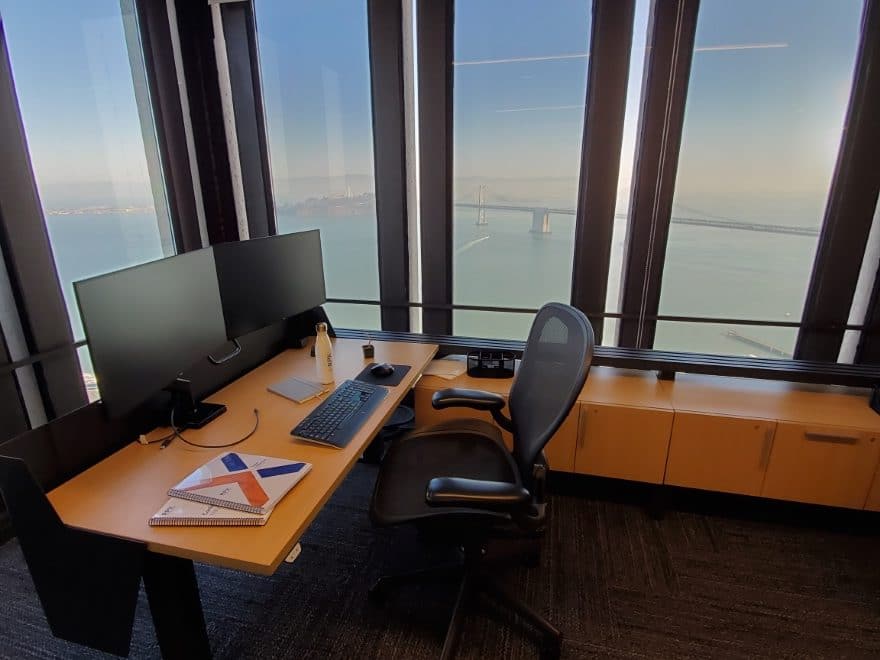 After a few years of working on patent prosecution and litigation matters at law firms, Chiang started at RPX in 2013 as a patent analyst.

“Analyzing patents helped me fully appreciate the potentially large impact of small technical details on licensing disputes,” Chiang reflects. He carried this appreciation into the legal team at RPX, where he helped to build RPX’s Patent Quality Program involving prior art searches and validity challenges to non-practicing entity-asserted patents.

With the company having started in Silicon Valley, he says the entrepreneurial environment and tight-knit team make it a rewarding place to work.

“One of the best things about working here is the collaborative and inclusive environment,” Chiang says. “People listen to each other and everyone feels empowered to contribute their thoughts and ideas.” 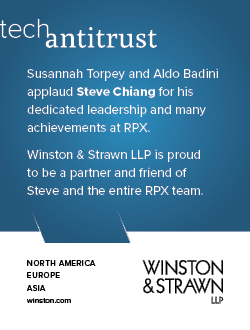