Ignited by passion, a career in aerospace took off

For Robin Ricketts, there’s nothing quite like sitting at the console of mission control during a space launch.

There’s the countdown, then the call for the ignition, and finally the sonic rumble in her bones as the engines erupt and the rocket flies into the stratosphere, leaving a billowing contrail of water vapor in its wake. 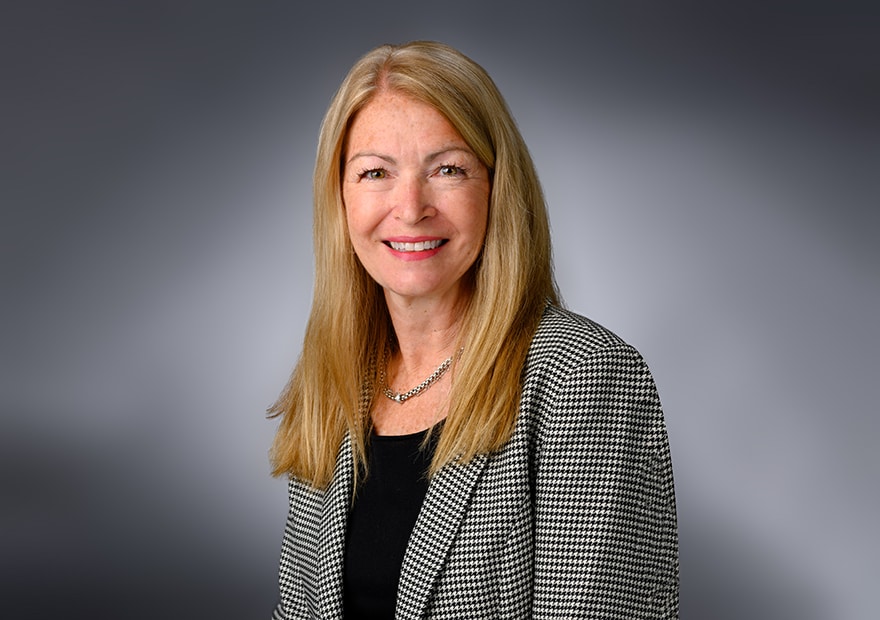 With more than 30 years in the aerospace industry, Ricketts has helped Lockheed Martin’s Space Division experience moments like this by building partnerships with entities like NASA. Together, the two mega entities have worked on numerous satellite and space probe launches and other space-related missions.

Those include the Artemis Program to bring the first woman to the moon and the Mars 2020 Perseverance Rover project, with its Ingenuity helicopter and mission to gather the latest information on the red planet.

“It’s easy to develop a level of expertise when you love what you do,” says Ricketts, the division’s general counsel. “My job has inspired me to never stop learning.”

After earning her degree in business administration and accounting from Colorado State University in 1984, she worked in public accounting at McGladrey & Pullen. Tipped off to a position in internal auditing at Martin Marietta Corporate Internal Audit in 1997, she gained exposure to the company’s space business, including commercial, civil, military and special programs. 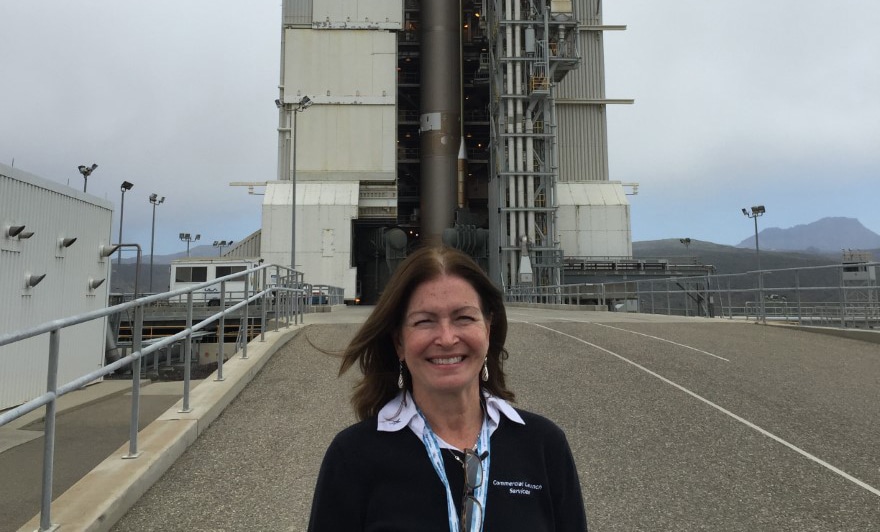 “That only piqued my interest,” she says. “Auditing has an aspect of continuous learning to it.”

Ricketts stayed in auditing for more than eight years, benefitting she says from Lockheed Martin’s tuition assistance program and taking night courses. She earned two degrees in 1993: an MBA from the University of Denver’s Daniels College of Business; and a J.D. from the school’s Sturm College of Law.

Degrees in hand, Ricketts held a variety of roles in the Space division of the company’s legal department, gaining a new position every three to five years.

“I was ideally suited for the role,” Ricketts says. “I knew the business and the team. It was an easy transition having worked on international trade and compliance and as a partner to the executive team.”

Ricketts was promoted again in 2020 to vice president and general counsel, where her duties include protecting a $12 billion business area. As she puts it, “I’ve experienced multiple mini-careers in one. My goal is making the team even better—looking at legal and business risks at the enterprise level.”

Any project, she says, is accompanied by a slew of federal guidelines, such as the International Traffic in Arms Regulations that govern the export of defense articles, services and other directives such as the Commercial Space Launch Act, which governs all commercial launch activities. 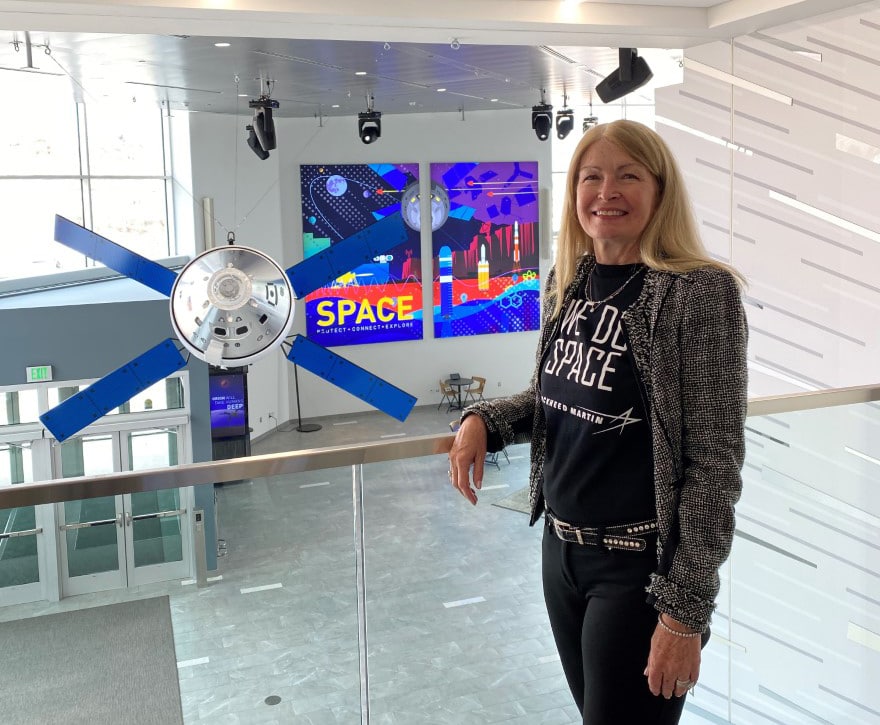 Given the company’s high-tech purview, IP concerns abound. In response, Lockheed Martin developed an IP strategy board to address protections of core technologies, while developing cybersecurity defenses and safeguarding data rights, she says.

“Legal plays a key role in IP licensing technology, as well as commercialization of the related software,” Ricketts says. “Each contract we review has IP clauses that delineate the rights of Lockheed Martin and the customer to the technologies.”

For projects like the Artemis Program, there’s additional work for Ricketts on indemnification issues to develop insurance policies to provide coverage for the program and NASA. Coverage must be obtained prior to launch and extended once the spacecraft is in orbit.

“Many types of indemnifications come into play on large government programs,” Ricketts says. “Our legal team plays an important role evaluating the protections on each mission, as well as coordinating various functions including risk management, finance and business operations and contracts for our customers and industry partners.”

Soon, Ricketts will be delving into the legal requirements for designing software that will allow engineers to program satellites while they’re in orbit—a technology which Lockheed Martin has been “on the leading edge of development,” she says.

“We need to know about all current trends in the industry to advise our internal clients. It’s always about continually learning,” Ricketts says. “It’s an exciting time for space and delivering innovative solutions for our customers.”

Ricketts says that, despite its challenges, this high-stakes regulatory work has its rewards. One was being a member of Lockheed Martin’s Commercial Launch Services team.

To date, Ricketts has taken a seat at the mission control console at least six times for commercial launches and attended more than 15 launches. She’s also travelled the world to support satellite negotiations.

“It’s exciting and scary at the same time,” Ricketts admits, saying her presence is required by the Federal Aviation Administration at each commercial launch to ensure public safety under the Commercial Space Launch Act. “I’ve always had incredible experiences at our launches.”

Outside of the control room and office Ricketts, focuses on yoga. Part of her practice is teaching others at the company the concept of “seva,” which is Sanskrit for “service.” 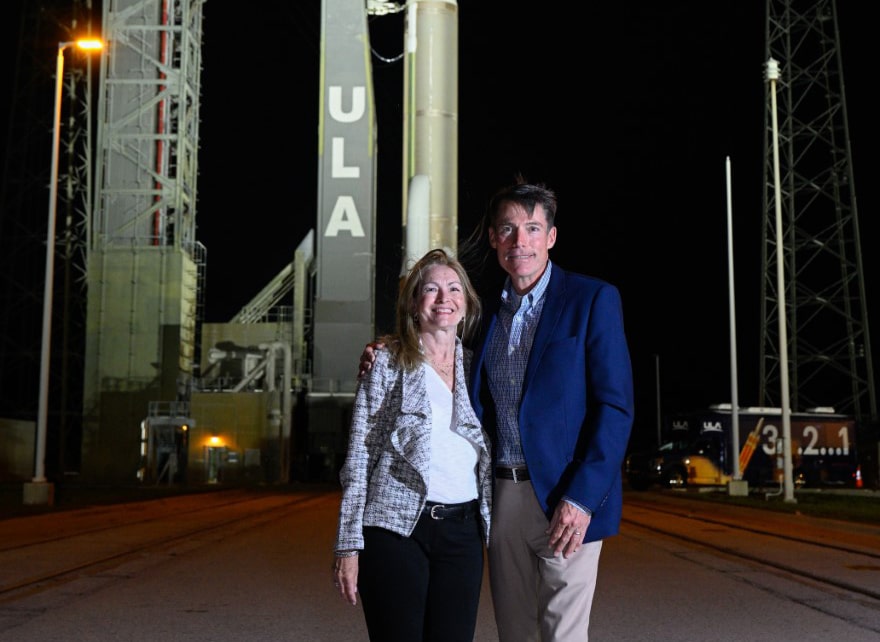 “It’s an important concept and plays into our focus at Lockheed Martin,” Ricketts says. “One of our core values is to always do what is right and to build community.”

To that end, Ricketts extends Lockheed Martin’s reach by becoming involved in several business resource groups at the company, including the Women’s Impact Network (as co-founder of the Denver chapter). She also supports the Professional Asian American Network, which she joined after adopting her daughter, Lydia, from China.

As part of Lockheed Martin’s internship program—developed with the University of Denver’s College of Law—she’s hired a corporate intern from Denver University and the Colorado Pledge for Diversity, a clerkship program, every spring and summer semester.

“I enjoy developing our attorneys and helping to build the next generation of leaders,” Ricketts says. “Space is the next frontier and here, closer to home at Lockheed Martin, it’s a great place to work with incredible people and exciting opportunities.” 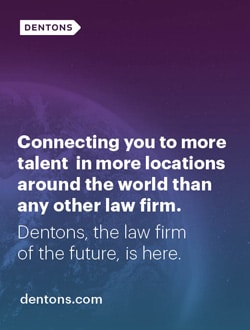 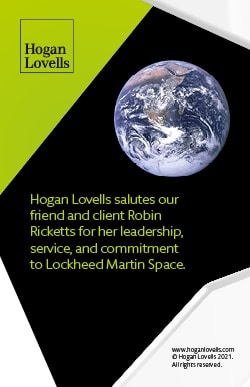 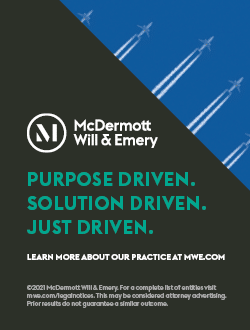