Your future is their purpose

Given how many of our most iconic computer technology brands came of age during the ‘80s and ‘90s, it’s easy to view those bygone times through an almost mythological lens.

Steve Hartmann sees things a bit differently. For him, the transformative changes these companies usher in belie the enormous challenges they face—figuring out what they are, where they’re going, and how best to get there.

“When you’re just starting off and you have 20 or 30 employees, the founder or founders find it easy to manage themselves directly,” Hartmann illustrates. “At that stage, there aren’t many legal problems. Then you realize you’ve grown to 500 employees in less than a year, and suddenly it’s a completely different company.” 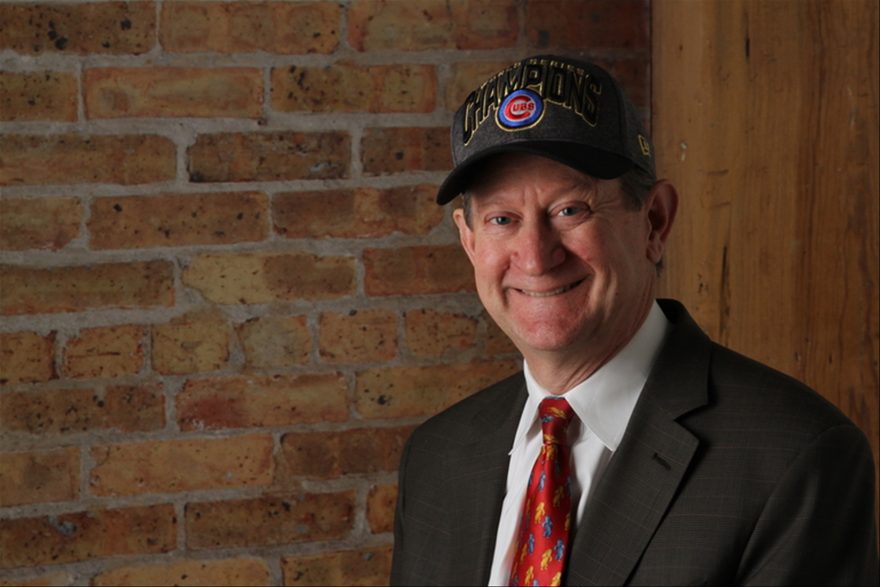 As partner and general counsel for Freeborn & Peters, a Chicago-based law firm specializing in commercial representation, Hartmann has spent more than 35 years helping clients navigate the promises and pitfalls of growth.

Having won countless trials in courtrooms across the country, Hartmann’s record as a litigator is beyond reproach.

But it’s in working with young companies—of all sizes and across the industry spectrum—that the longtime legal veteran has found his most rewarding work.

It starts off manageable enough: You and three of your best friends seated around a kitchen table, some rudimentary articles of incorporation, all pivoting around a single product or idea.

Before you know it, your newly formed company might have 50 employees working out of its warehouse headquarters. Even then, there’s typically more than enough institutional knowledge to manage the resulting logistical demands.

It’s during the next phase of growth—when a tenfold staff increase suddenly becomes a hundredfold—that companies tend to run into problems.

“One of the most common mistakes companies make is to promote into middle management whoever was best in the lower levels of a particular department,” Hartmann explains. “All the while, nobody thought to train them on what makes a good manager.”

For an entity encountering significant growth, creating a full-fledged human resources department is seldom a viable option—financially or logistically. That’s where the experience and expertise of someone like Hartmann becomes indispensable: He hasn’t just seen it all; he’s solved it all.

That can be as simple as a routine severance package and attendant nondisclosure agreement or as delicate as a sexual harassment lawsuit. Whatever its place on the HR spectrum, Hartmann’s goal is to solve the problem as quickly as possible—and by any means necessary.

Still, Hartmann’s role goes well beyond being just a hired gun. Owing to Freeborn’s gamut-spanning clientele, Hartmann is able to connect young businesses with the resources and services they need to make that next leap.

“Sometimes introducing people to the right banker or accountant can be a huge help,” Hartmann says. “When you’re so focused on growing the business, finding the right fit can be difficult. We’ve seen what relationships work.”

It’s that situational expertise, honed over decades working with industry luminaries and household names, which made Hartmann a natural fit as Freeborn’s general counsel, a role he’s occupied since 1999.

And while those internal duties only occupy “maybe 10 percent” of the daily docket, such dynamism underscores Hartmann’s longstanding approach to his craft.

“There’s an excitement in never knowing where that next phone call is coming from,” Hartmann says. “I have a lot of friends from law school that wound up specializing in one or another area, and I’m sure that’s rewarding in its own right. But I’ve always preferred a variety of challenges.”

The spice of law

To be sure, Hartmann was never one for well-worn paths. A Chicagoland native whose father and grandfathers all thrived in the business world, Hartmann harbored an early ambition to join the family trade. That is, until a class in constitutional law—taken while an undergrad at Northwestern University—sparked within him a somewhat different design.

After graduating with honors in 1980, Hartmann attended the University of Illinois College of Law, earning his J.D. three years later. 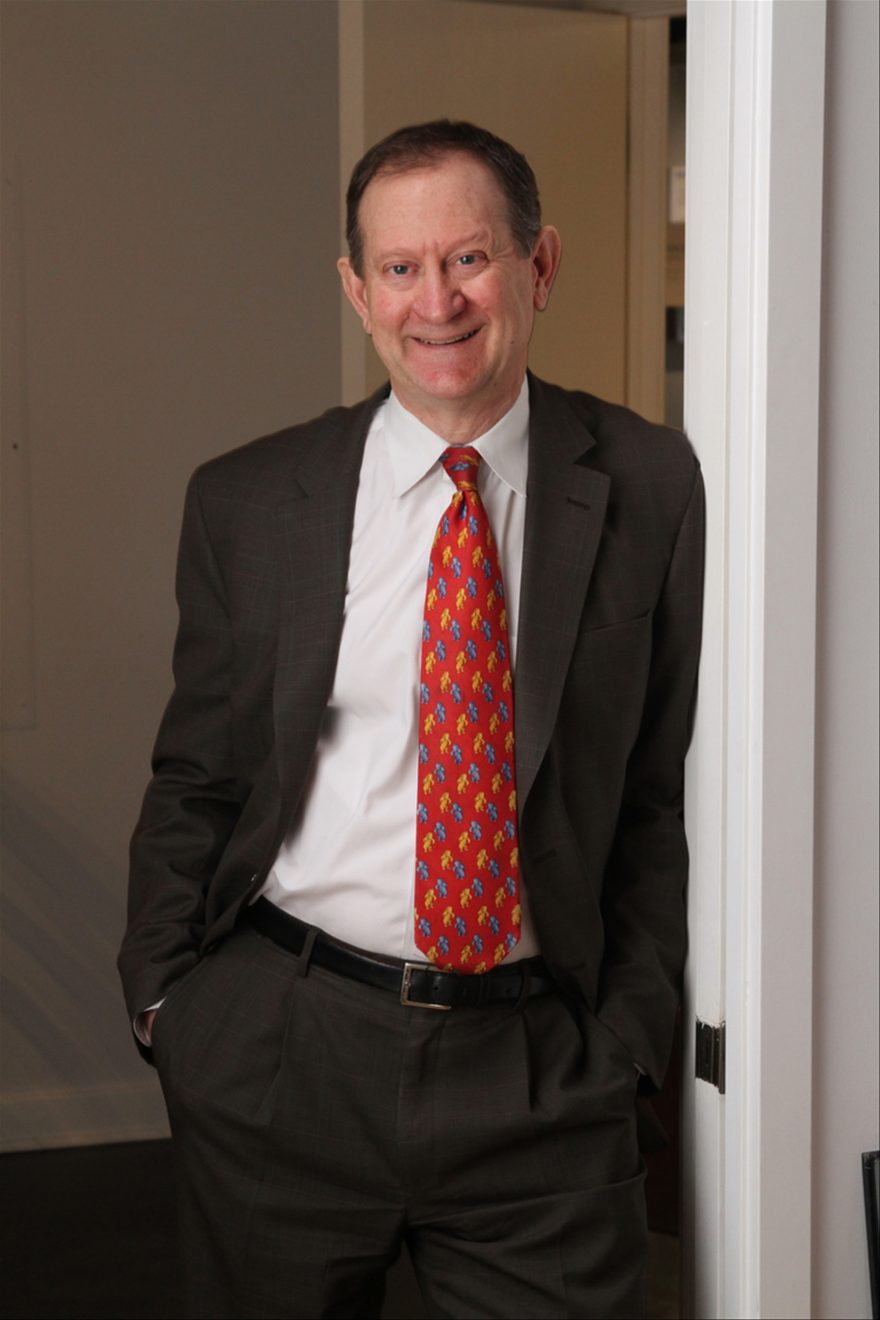 When he first joined Freeborn & Peters in 1985, Hartmann was the 10th lawyer hired by the young firm. Today, that roster runs 140 deep—a testament, Hartmann says, to Freeborn’s steadfast commitment to cultivating trust.

“Our tagline is, ‘Your Future is Our Purpose,’ and that’s how I approach every client relationship,” Hartmann says. “Those I’ve worked with know I’m there to make their companies successful, and to be there for them through successes and challenges alike.”

And while most of his clientele are all too happy to pay for his services, Hartmann has long reserved room for the occasional cause. So when his daughter’s friend mentioned acting in a one-woman play about sexual harassment, Hartmann did what came naturally: He made a connection.

Not long before, Hartmann began doing pro-bono work for a local nonprofit started by an old friend. Its mission: To raise awareness about sexual harassment in the Chicago theater community by way of a comprehensive, freely available HR handbook.

Today, #NotInOurHouse has been adopted by 29 theater companies across the country. After listening to his daughter’s friend talk about her own production, Hartmann put the two in touch.

Nearly four decades into a sterling career, Steve Hartmann can look back on countless connections and successes. And he’s seldom been more excited about what lay ahead.

“That instinct to connect people is always there,” Hartmann says. “You can solve certain problems on your own, whether as an individual or a company. Creating solutions requires actually making those connections.” 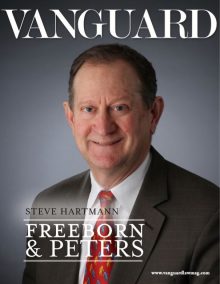