“Get in the trunk,” Steve Sibner told his client after bailing him out of jail in the early morning hours of an especially memorable day back in 1986. It was one of the first pieces of legal advice that the young attorney gave to anyone, as he had only recently graduated from American University’s Washington College of Law.

The client assigned to Sibner had breached a picket line in a tractor-trailer the day before, and, in order to retrieve the truck the following day, he needed to cross the line again without any angry picketers spotting him. It worked. 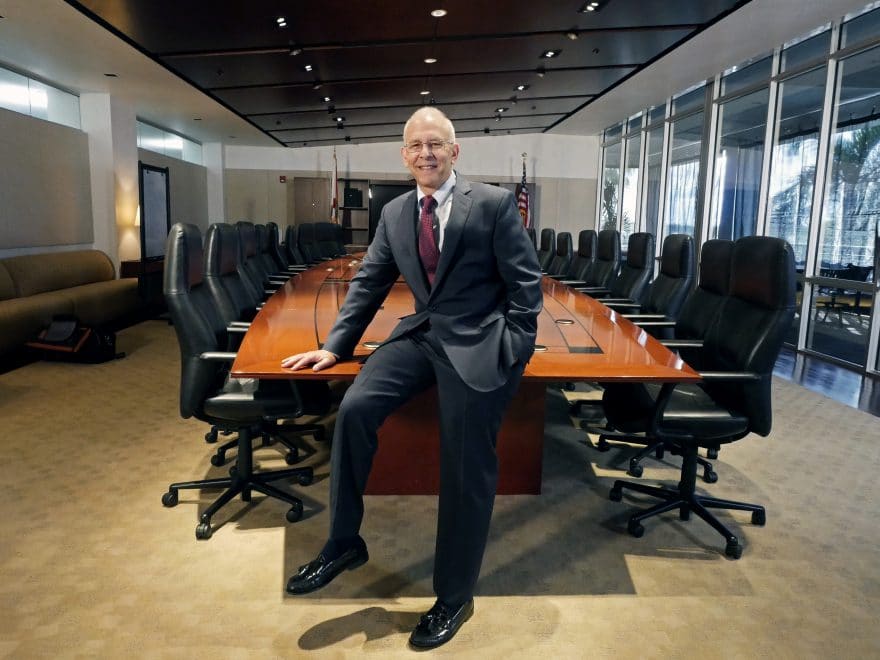 While Sibner didn’t actually drive the vehicle with his client in the trunk—that was beyond his scope of work—his creative and effective suggestion was nevertheless a sign that he would fit right in with the labor law group, his superiors said.

He left that role behind more than two decades ago, but Sibner still seeks to provide creative and effective solutions—albeit in a different setting. Since 1995, he has been working for the National Council on Compensation Insurance (NCCI), one of America’s most experienced providers of workers’ compensation data, insights, tools and services.

Although Sibner is still an attorney, as NCCI’s general counsel and chief legal officer, he doesn’t take sides very often on public policy issues. Instead, he has a more focused role with the Florida-based organization whose main function is to make recommendations for workers’ compensation rates and loss costs in 36 states and the District of Columbia, in order to foster a healthy workers’ compensation system.

More recently, Sibner says NCCI—which maintains the industry’s most comprehensive workers’ compensation database—is establishing its role as a thought leader, and the organization wants to be the go-to authority on trends.

“We’re leveraging industry data to make facts more clear and raise issues to help drive decision-making,” Sibner explains. “What are the unintended consequences? What are the potential impacts? What questions are industry leaders asking?”

With 22 and 94 years of experience, respectively, Sibner and NCCI have witnessed many industry changes. An increase in the use of technology and other marketplace changes have led to a more customer-focused experience, the attorney says, and organizations will need to adapt if they want to survive.

NCCI President and CEO Bill Donnell recently gave a speech on the importance of adapting, at the company’s Annual Issues Symposium in Orlando—which Sibner says is the leading conference for executives in the industry.

In the speech, Donnell emphasized the importance of staying relevant—especially in terms of technology—citing Blockbuster as a cautionary tale. The former video rental giant had the opportunity to buy a young streaming service called Netflix in 2000 for $50 million, but declined. Netflix is now worth tens of billions of dollars, and Blockbuster has gone the way of the dodo. 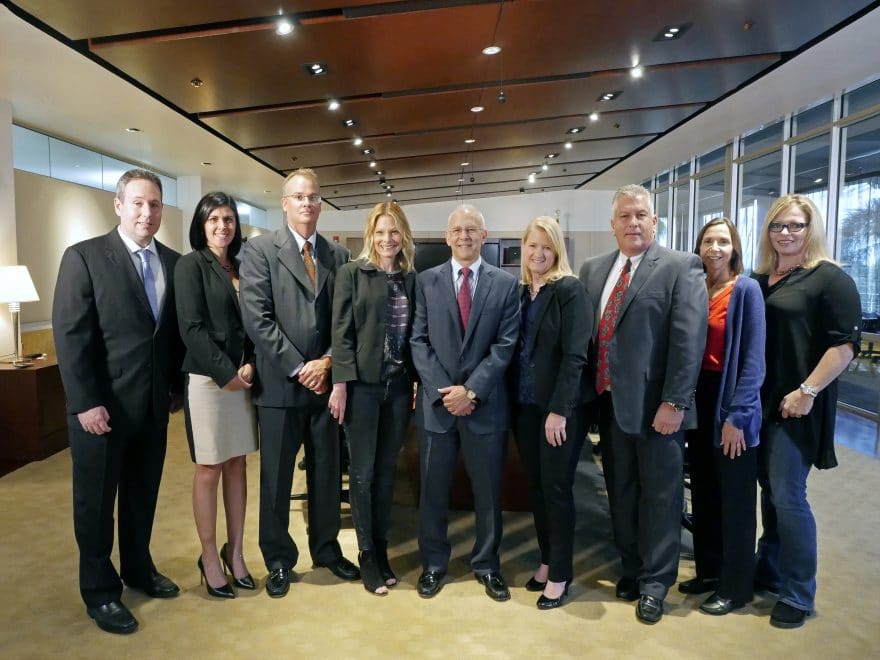 “The number of claims has declined significantly over the last 40 years, and that has helped to reduce loss costs,” Sibner says, explaining that a significant factor in this change has been a focus on improving workplace safety practices and programs.

NCCI also examines and contemplates future changes to the workers’ compensation industry, based on current trends.

A hot-button issue is medical marijuana and how it fits into the workers’ compensation insurance picture. Do insurance carriers have to pay for it, for instance, if it has been prescribed by a physician for an injured worker?

With an increasing focus and debate on affordable healthcare, NCCI has also been researching why the medical claim costs of workers’ compensation claims decreased in 2015—when, for the previous two decades, they had been increasing at a substantially faster pace than overall U.S. healthcare costs.

NCCI discovered this decrease was due to a combination of lower use and costs of physician services that year, as well as changes in physician fee schedules—but not the types of injuries sustained, which held steady.

Sibner refers to his department of 10 lawyers as “very engaged and experienced.”

Most of the attorneys have a specialty they brought with them—like insurance, intellectual property, employment and corporate work, to name a few. But that’s just the beginning. “We really want the lawyers to expand their work beyond one area,” he says.

Sibner explains there are a number of reasons for this.

“The attorneys want to become involved in multiple areas and take part in developing business strategies, a primary reason many lawyers come in-house, and have stayed at NCCI for so many years,” says Sibner.

“We also want our attorneys to be able to do other legal work [beyond their specialties],” he says, explaining that this is the best way to be prepared for any situation.

To achieve this cross-development, most lawyers also do regulatory work, which Sibner believes is one of the best ways to learn about the insurance industry and NCCI. Most end up liking it, he says—and if the company requires extra help on an issue, there are numerous lawyers who can step up and step in. 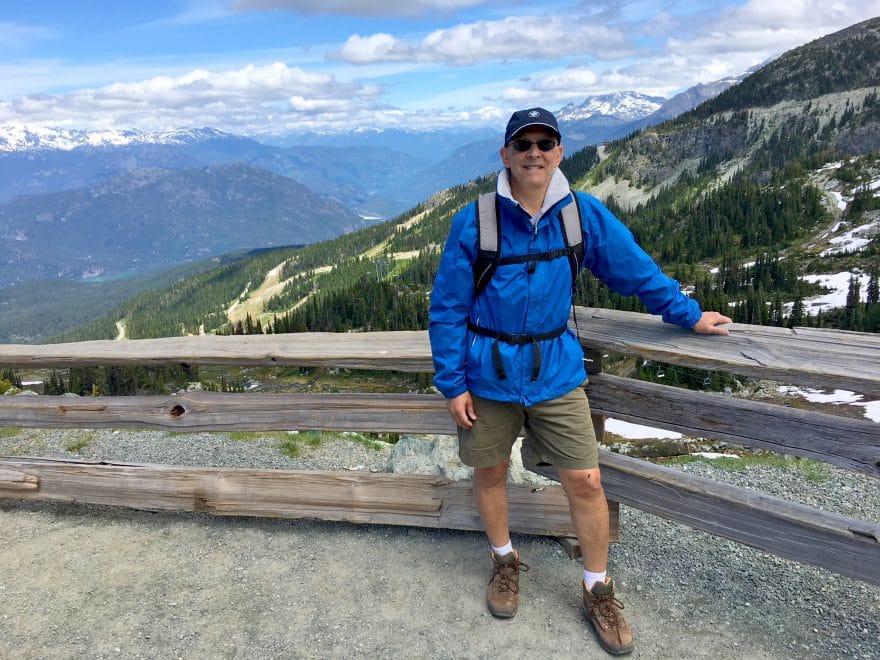 Sibner also wants his staff to think broadly, which he believes is critical for employees of an industry thought leader, as well as in-house attorneys engaged closely with business leaders.

“As business advisors, we can’t just think about an issue in isolation; we need to think about the potential impacts on any other part of the business or industry,” explains Sibner, who is also secretary of NCCI’s board.

To ensure his lawyers are on the right track, one of Sibner’s goals is to work directly with each member of his legal team—whether on a defined project or as part of leading a division initiative during the year.

“It’s important for them to develop a relationship with the general counsel and with senior executives at the company,” he says. “If you’re going to be an effective lawyer, you’ve got to be able to advise all levels of management—including the executive team.”

Even if it means advising them to hop into a trunk. 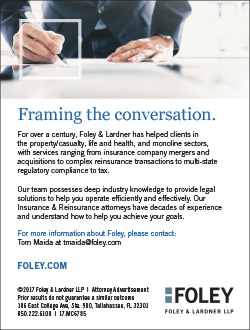 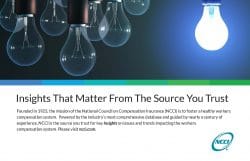