It’s no fish story to say Tony Dal Ponte works in one of the most highly regulated industries in the U.S., or that his compliance net grew with new responsibilities during the COVID-19 pandemic. 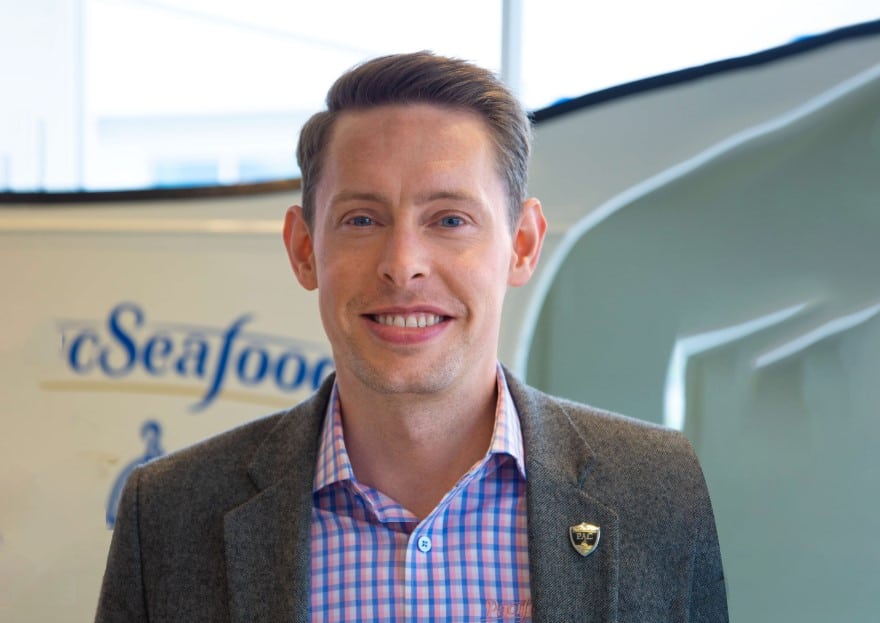 “We’re passionate about the coastal communities we partner with,” says Dal Ponte, who leads teams focused on legal, government affairs, the environment, and health and safety. “And we’re proud to often be one of the largest employers supporting families in those communities.”

Founded in 1941, Pacific Seafood is a family-owned company headquartered in Portland, Oregon. President and CEO Frank Dulcich, the grandson of founder Frank Dulcich, today leads the company in the rapidly changing food and business industry.

“We feed people a healthy, sustainable product, and that’s kind of cool,” Dal Ponte says. “People are more and more aware of the impact that food has on their individual well-being, and seafood is one of the healthiest choices that consumers can make.”

Compliance is the catch

Producing those products is increasingly complicated, though. Commercial fishing is regulated by federal and state agencies that determine when and where fish can be done, including the size of nets and how much bycatch (unwanted fish and other marine creatures) is allowed.

Aquaculture is no less complex. Pacific Seafood is one of the country’s largest farmed seafood producers, growing more than 14 million pounds of native steelhead in the Columbia River each year in a partnership with the Colville Confederated Tribes. 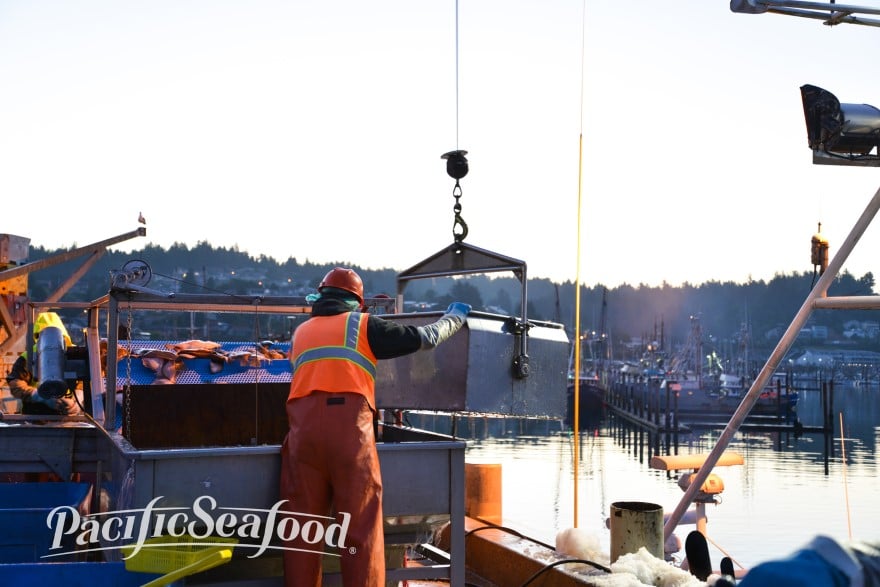 The company also controls more than 17,000 acres of tide lands for farming oysters, clams and mussels and is the first producer to be awarded four stars for Best Aquaculture Practices by the Global Aquaculture Alliance.

Pacific Seafood also has its own processing plants, distribution centers, vessels, and truck fleets. Among the agencies it complies with are the U.S. Food and Drug Administration, the Departments of Agriculture and Commerce, the Environmental Protection Agency, the Army Corps of Engineers, Federal Motor Carrier Safety Administration, Immigration and Customs Enforcement—and their state and local counterparts.

Then, there are the additional complexities brought on by the COVID-19 pandemic.

“When I was in law school, I never thought I’d need to become an infectious disease expert,” he says of the pandemic. However, while Dal Ponte was part of the company task force that kept processing plants open safely (Pacific Seafood was considered an essential business), the company was also facing significant market changes.

As he explains, pre-COVID, 68 percent of U.S. consumer spending on seafood came in restaurants. But with pandemic-related restaurant closures, Pacific Seafood needed to adapt its production and sales strategies to get customers to cook seafood at home.

As food and beverages became the largest segment for online consumer packaged goods, Pacific Seafood launched new prepackaged and ready-to-cook entrees for its supermarket and retail customers. It also developing its own direct e-commerce platform for direct sales. 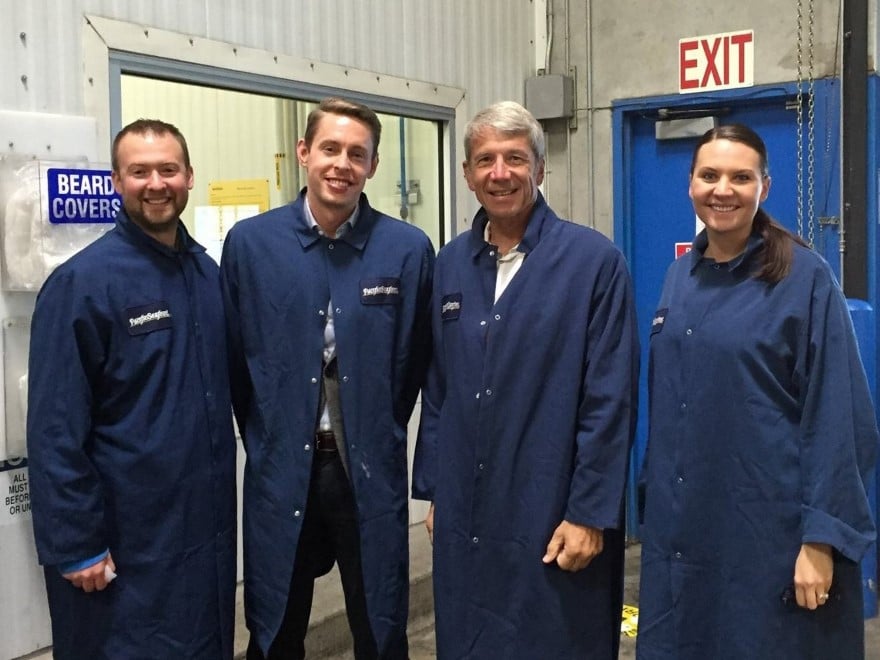 The changes in the seafood industry entailed a host of new challenges in areas like packaging design, consumer labeling requirements, brand and trademark protections, and consumer privacy protections.

“There’s nothing quite like a crisis to motivate action,” says Dal Ponte, adding Pacific Seafood also helped rally the sometimes fractured seafood industry to secure help from the federal government.

Here he took a cue from the beef, pork and poultry industries. There’s a tradition dating back to the Great Depression of the federal government buying U.S. food products, though seafood was rarely part of it.

With producers, processors, and distributors all working together, Dal Ponte says they were able to secure more than $500 million in direct stimulus for seafood infrastructure as well as additional funding for USDA procurement programs. In May 2021, the USDA announced it would buy more than $77 million in consumer-ready seafood products as part of a $159.4 million program. It’s the largest single seafood purchase by the USDA.

Born in Southern California, Dal Ponte grew up in Salem, Oregon. He earned his bachelor’s degree in economics, with a minor in business administration, from the University of Oregon in 2005. While in school, Dal Ponte also worked as a voter outreach coordinator for the state. 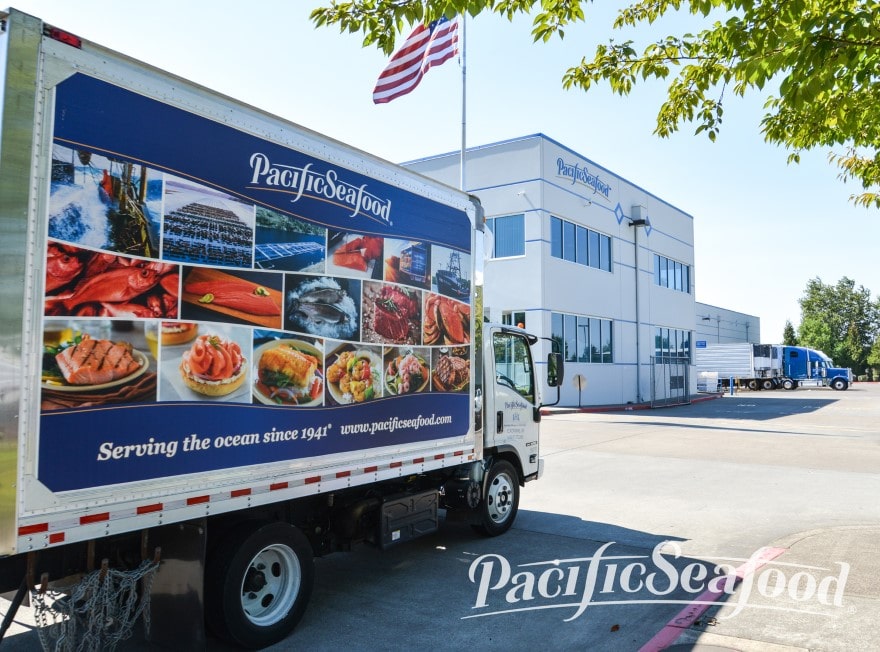 That whetted his appetite to move in-house, and he joined Pacific Seafood in October 2015 as deputy general counsel. He was promoted to general counsel in September 2018.

“I’ve always had an interest in business. Success in business requires constant adaption to new circumstances and problems, and that’s what I like best about my role,” Dal Ponte says. “I get to apply my legal training to lead change and help the business grow.” 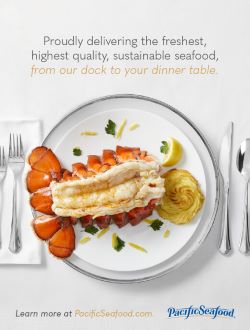