When Hurricane Ian hit Florida in September, Bethune-Cookman University was the first college in the state to evacuate students.

Located in Daytona Beach, along Florida’s eastern coast, the campus was damaged by flooding and severe winds. Trees fell across much of campus and awnings were ripped from buildings. Students left on Sept. 26, two days before the worst of the storm.

“I’m so glad we made that decision because it kept everyone safe,” Valencia Gallon-Stubbs said when speaking to Vanguard in October. “As part of the president’s crisis response team, our goal is to get back online and get students back to normal.” 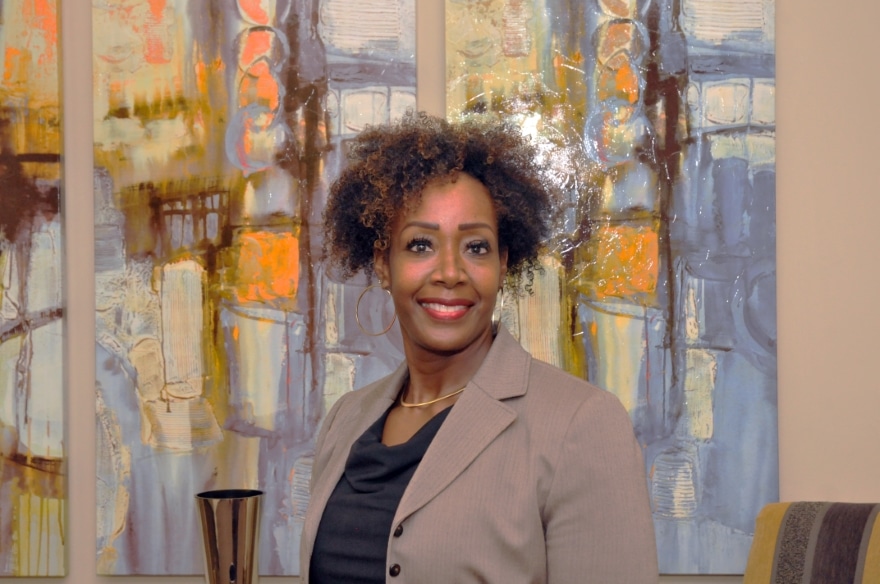 As general counsel for the historically Black university, Gallon-Stubbs  responded to the hurricane by handling risk management tasks required by insurance and the Federal Emergency Management Agency. This included working closely with the communications department on evacuation notices and ensuring all students, including international ones, had a safe place to shelter.

As the storm moved on, Gallon-Stubbs and other university leaders returned to campus to assess the damage. Rain boots on, she trudged through puddles and debris to ensure all the wreckage was properly documented. After some cleanup, students returned to campus on Oct. 17.

“The university is resilient and the community has been reaching out wanting to help, so I know we’ll bounce back,” Gallon-Stubbs says. “I think of this crisis in light of what our founder had to overcome with her resiliency and tenacity.”

Bethune-Cookman University was founded by Dr. Mary McLeod Bethune in 1903 as the Daytona Literary and Industrial Training Institute for Negro Girls. In 1923, it merged with the Cookman Institute of Jacksonville, Florida, and became Bethune-Cookman College.

According to the university’s website, Dr. Bethune was the first person in her family not born into slavery. She dedicated her life to civil rights and increasing educational access and opportunities for Black youth.

As a Black woman and a native of Daytona Beach, Gallon-Stubbs says Dr. Bethune’s work inspires her every day. She strives to embody the founder’s philosophy of education, which entails “training the head, hand and heart.”

To Gallon-Stubbs, training the head means being open to ideas that will serve the university and help it grow. As a lawyer drafting, negotiating and reviewing nearly 2,000 contracts each year, she says this level-headed mentality is crucial.

“We have to stay eager to learn so we can continue providing the best legal support and advice,” she says of her team of three. “We need to be versatile, and if we don’t know something, we learn.”

Training the hand, she says, means to be of service to students and the community. For the legal department, this entails stepping up to help, such as with the hurricane response. 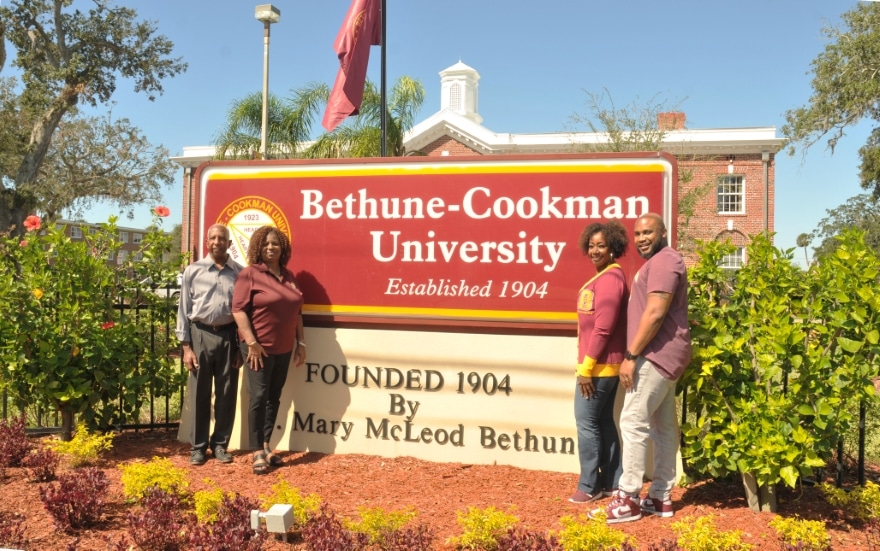 As for training the heart, Gallon-Stubbs says this means doing the right thing even when it’s difficult. Because Bethune-Cookman University is a faith-based institution, she says this is especially important to her and many others on campus.

“We maintain a spirit of excellence while being fair and working with integrity,” she says. “I’m proud to lead our university’s legal department following in the footsteps of Dr. Bethune’s courage and integrity.”

Gallon-Stubbs says students are influenced by Dr. Bethune’s philosophy, as well, and are taught to rely on their faith.

“Students aren’t just fed on an intellectual level, but on a spiritual one as well,” she says. “Having a service mindset affects the kind of future leaders they’ll become.”

Prior to Bethune-Cookman University, Gallon-Stubbs spent over three years as a managing attorney for Florida Rural Legal Services overseeing a staff of 11. The agency provides free legal services to low-income residents across 13 counties. She handled over 150 cases each year, managed grant funding, helped with organizational planning and policy development, and led free educational workshops for residents.

She has an associate degree in political science from Daytona State College, a bachelor’s in criminal justice from the University of Central Florida and her J.D. from Nova Southeastern University Shepard Broad College of Law.

After law school, Gallon-Stubbs spent two years serving as a staff attorney for the Honorable Carol Y. Taylor in the Fourth District Court of Appeals in West Palm Beach. She then spent almost a dozen years in firms. The last stint, from 2006 to 2011, was with Brown & Associates, where she was an associate of commercial and civil litigation and general civil appeals.

She took that experience with her to the City of Riviera Beach, where she was assistant city attorney for over three years. She represented the city in litigation, disputes and negotiations, and advised the city council on legal matters.

Gallon-Stubbs came to Bethune-Cookman University in 2018 so she could be closer to home. She wanted her sons to live near her parents—a job at her hometown university was a plus. She started as deputy general counsel and director of human resources before being promoted to general counsel shortly after. 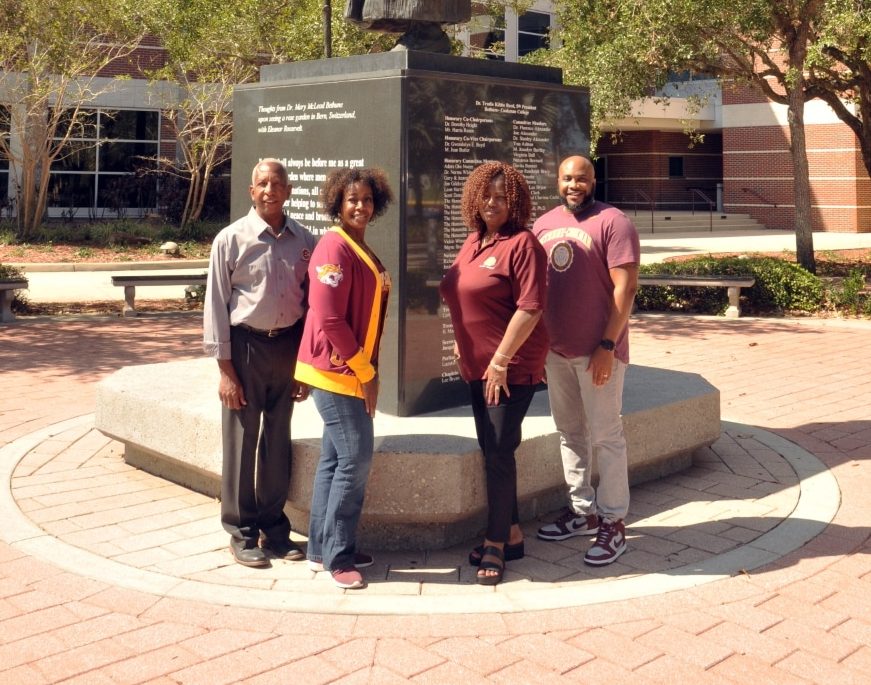 “B-CU isn’t just a learning environment for students,” she says. “I’m constantly learning from colleagues and from the work we do. It’s made me better not just as a lawyer, but as a person.”

Gallon-Stubbs says her colleagues—in the legal department and throughout the university—are supportive and encouraging. She says this serves as a model for students that learning is a life-long endeavor and won’t end when they graduate.

Being at B-CU has also taught her that she didn’t need to go far to make a difference.

“Now that I am back, I realize that all I ever needed was right here at home,” Gallon-Stubbs says. “I’ve found meaning and purpose in my community.” 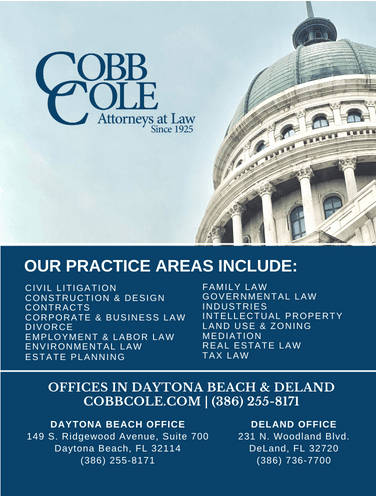 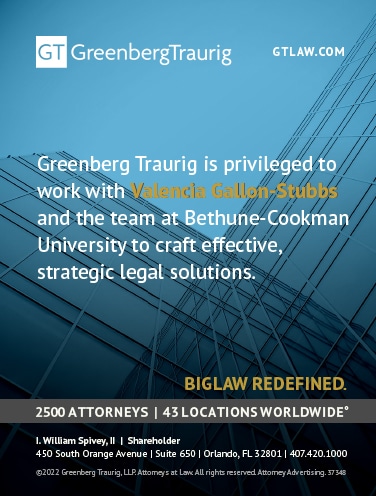 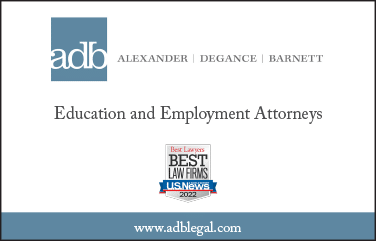