The lyrics “there’s a long, long trail a-windin’,” are more than 100 years old, but they still pertain to Parkway Property Investments as it sets a far-ranging course in real estate and development. 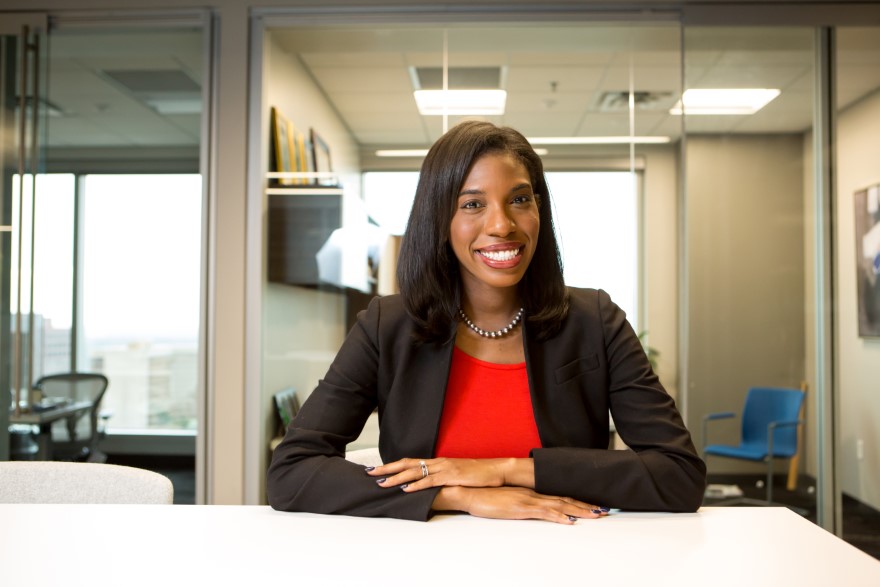 In the latest twist, Parkway is expanding its commercial office real estate roots into industrial and multifamily asset classes. It’s a challenge embraced by General Counsel Noni Holmes-Kidd, but far from the only challenge she’s faced in 2020.

Parkway, led by founding partners Jim Heistand and Scott Francis, is among many commercial real estate companies grappling with an economy soured by COVID-19. So while Holmes-Kidd is integral to advancing Parkway’s new ventures throughout the Sunbelt, her focus is also on working with affected tenants and ensuring Parkway employees are safe.

“It’s an interesting time to be in commercial real estate, especially for office landlords and operators,” Holmes-Kidd says. “But I think that everything I’ve done prior to this time has prepared me to navigate what we’re experiencing with some agility.”

Company roots date to the 1970s when it was founded in Jackson, Mississippi. In 2011, Parkway merged with Heistand’s Eola Capital, and a series of mergers and acquisitions began as the company bought and built properties across the Southeast and Southwest. 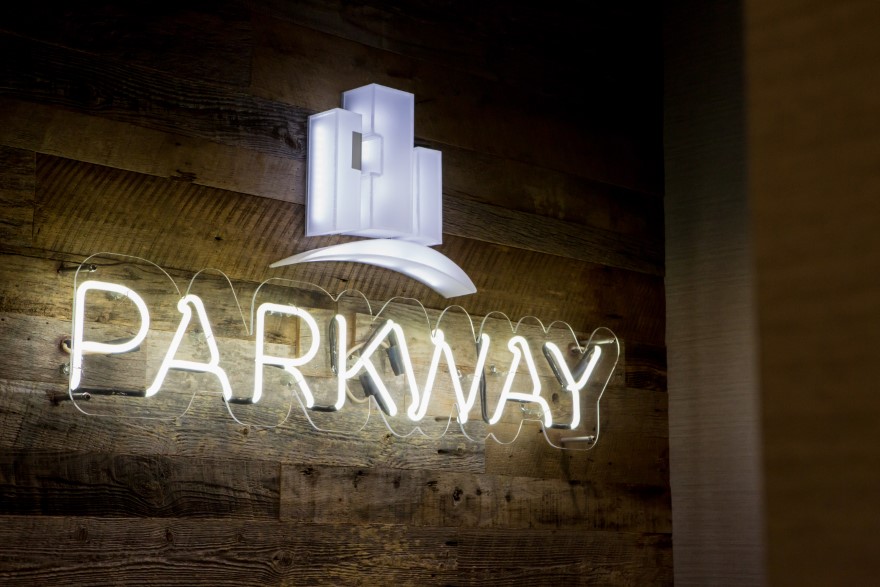 A merger with Cousins Properties came in 2016 after Parkway had fully repositioned its portfolio. Holmes-Kidd, who had joined the company in 2014 as senior counsel, was part of the legal team negotiating, drafting and reviewing the agreements central to these transactions.

The merger combined both company’s Houston assets and spun them into a separate, publicly traded company, Parkway Inc., as Holmes-Kidd became general counsel. The separation was needed to allow properties outside Houston to be valued without being affected by declining oil prices, while providing investors the opportunity to capitalize on the eventual resurgence of the Houston real estate market.

In 2017, Parkway Inc. merged with the Canada Pension Plan Investment Board and became a privately owned real estate investment company, Parkway Property Investments. It all took about six months to complete, with Holmes-Kidd again called to the M&A fore. 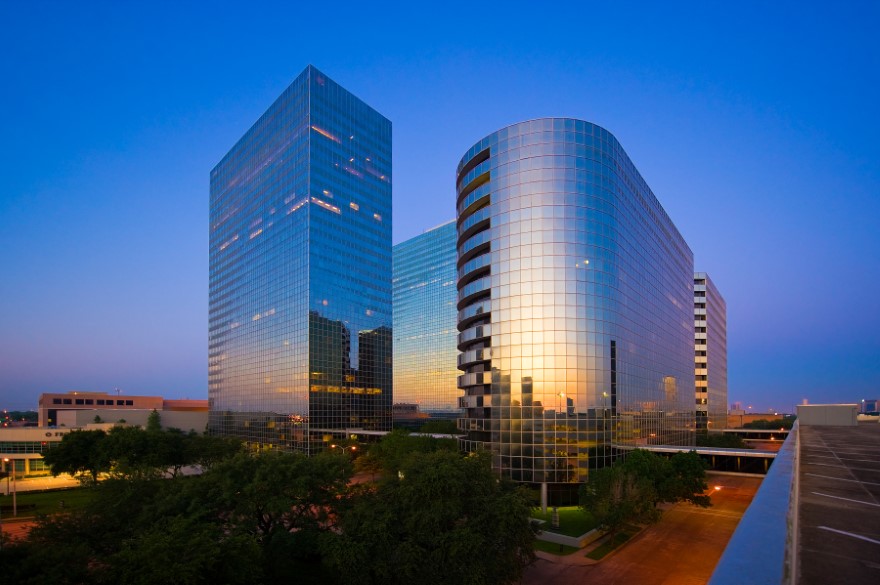 “During these few years of large, complex transactions, there were countless sleepless nights and long hours, but I would not have traded it for the world,” Holmes-Kidd says after structuring the deal and de-listing the company from the New York Stock Exchange.

The mergers also led Parkway to expand and diversify its holdings. The company is moving forward on the development of Lakeland Central Park, a business park that is permitted for up to 5 million square feet of industrial space on more than 700 acres the company bought in Lakeland, Florida, in December 2019 from Flagler Development Group.

Lakeland Central Park was not the first foray into diversification, as Parkway is also building multifamily housing in Lake Mary, Florida. The $60 million project features 10 buildings and 300 apartments built in a resort-style setting.

During the pandemic, closing its buildings was not an option for Parkway, yet, as a commercial office landlord, it’s also responsible for maintaining safe environments.

Chosen to lead the company’s COVID-19 task force, Holmes-Kidd worked with local teams to ensure the company’s cleaning contractors ramped up sanitizing throughout their buildings. She’s negotiated new contracts for improved HVAC systems and is analyzing the utility and necessity of other COVID-19-specific upgrades. 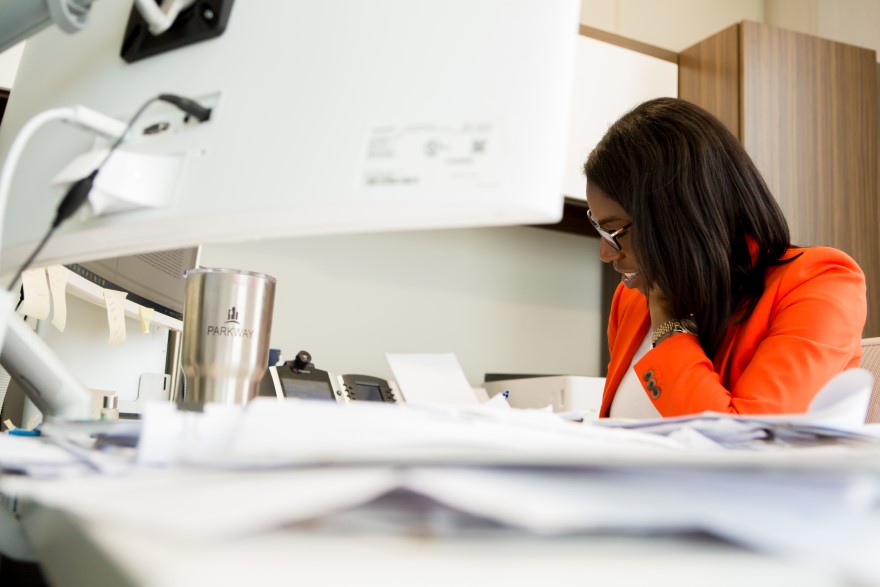 In the early days of the pandemic, creating uniform mask requirements proved a challenge without direct orders from local and state government, she notes. There was also a delicate balancing act on how to inform tenants of anyone testing positive for COVID-19 while also protecting individual and tenant privacy.

Even without anyone testing positive in the workplace, Parkway’s tenants had other problems. Those were often as much about economics as health, putting Parkway in something of a vise as leaseholders struggled to pay rent while the company needed to pay its obligations.

“Our teams worked to understand what our tenants’ options are based on our review of their financial status and strength, while also balancing any proposals we made in light of these reviews and requests with our commitment to our partners, lenders and employees,” she explains. 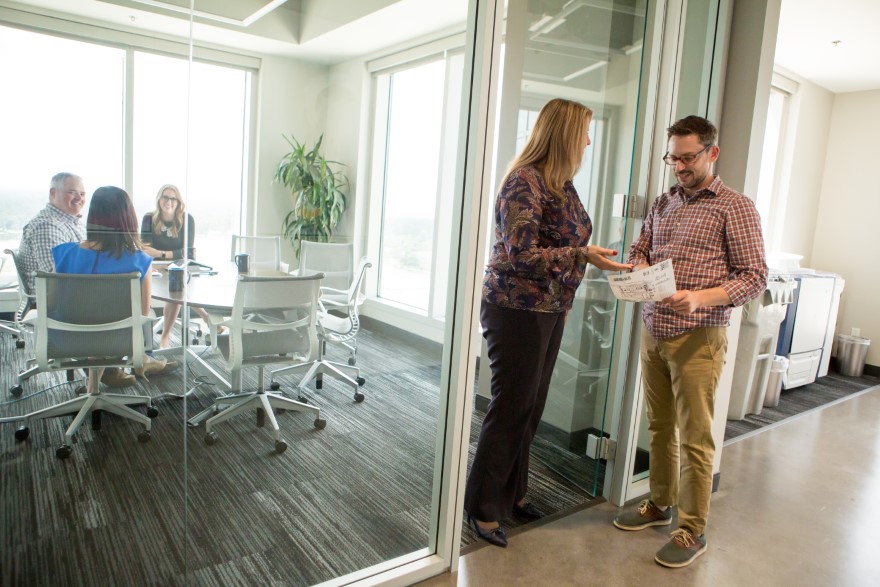 As tenants return, Holmes-Kidd and Parkway’s property level teams also support them in implementing temperature screening checkpoints for their employees, booking increased janitorial services and determining how offices should be arranged.

Holmes-Kidd and the task force created a rotating schedule for shifts to limit COVID-19 exposure for Parkway’s property level employees, drafted the contracts to buy personal protective equipment and developed protocols for disinfecting spaces and testing and quarantining employees, if needed.

“I feel lucky to have spearheaded some of this, since a big component of my job is risk management,” she says.

Following the path of Parkway’s evolution is not always easy, but as the company diversifies its portfolio and enters new real estate markets Holmes-Kidd is a steady advocate for diversifying its workplace and the real estate and development industry.

As a Black woman, it’s been all too common for her to be the only one who looks like her at tables as she gives counsel. However, being there counts, she adds.

“I’m a firm believer in being visible and vocal. The more people who see people like me in this position, it opens the expectation that you can do this. It’s attainable,” she says. Candidly, she warns there are times when the path can be difficult and lonely but doing what one loves makes it worth the journey.

Holmes-Kidd’s path began in Jacksonville, Florida, and her interest in a law career developed as she earned her bachelor’s in political science from Emory University in 2005. 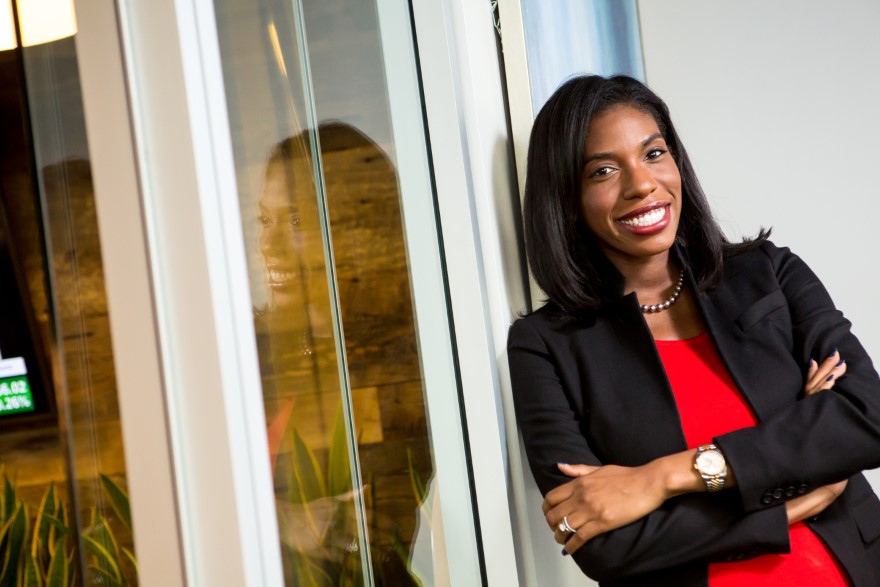 She then enrolled at the University of Virginia School of Law, where she was on the editorial board for the Virginia Journal of Law and Technology, the executive board for the Center for the Study of Race and Law, and participated in the Thurgood Marshall Mock Trial Competition, among other activities. She earned her JD in 2008.

After graduation, Holmes-Kidd rejoined the firm of Hogan Lovells U.S. LLP, where she’d been an intern in the summer of 2007, and began her work in corporate finance and securities law.

In 2013, she became an associate at the Promontory Financial Group, but in less than a year Parkway came calling in need of her skill set as it intensified its portfolio repositioning efforts.

“I have a natural ability to be agile,” she says. “So much of this is about reimagination and inventiveness to adapt to market demand.” 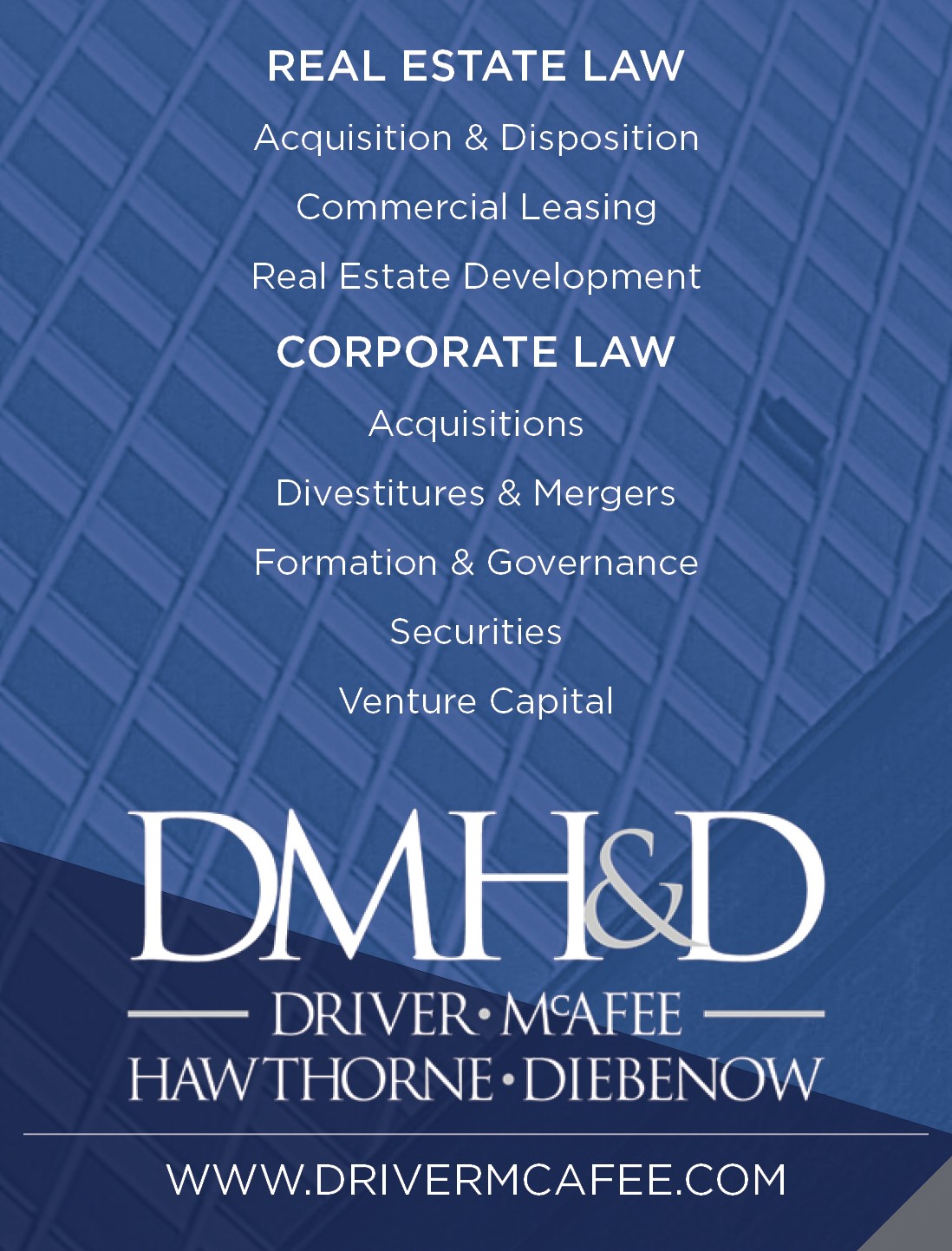