A. Verona Dorch was 11 years old when her family moved from London to the Crown Heights neighborhood of Brooklyn. The borough was a far rougher place back then, and for families from a faraway country—even an English-speaking one—the adjustment could be harrowing.

As she would in so many trials and tribulations to come, Dorch adapted.

“You learn to talk and interact with people on their level,” Dorch reflects with not even a trace of her native brogue. “As a girl coming from England, you have to change and assimilate as best you can.”

A pair of Ivy League degrees and one robust resume later, Dorch is once again settling in, this time as executive vice president and chief legal officer for Peabody Energy, a St. Louis-based energy company and a global leader in advocating for advanced coal technology.

Only, the challenges have been anything but tidy.

Finalized in 2015 under then-President Barack Obama, the Clean Power Plan imposed unprecedented restrictions on the energy sector, particularly with respect to carbon emissions. The effects on the industry were stark and immediate, with many companies being forced to dramatically scale back production.

In April 2016, six months after Dorch’s arrival, and following a steep decline in coal prices, Peabody began one of the largest reorganizations in the company’s 160-plus-year history, filing for Chapter 11 Bankruptcy.

Despite the setback, coming aboard as part of a new management team allowed Dorch and her colleagues to navigate the process in a direct, objective manner—indeed, a successful one.

“I think having a fresh management team allowed us to look at every aspect of the company, because we had to,” Dorch recalls. “It gave us a different perspective in trying to figure out, ‘What’s the right thing to do?’”

Together with CEO Glenn Kellow and CFO Amy Schwetz, Dorch took a hard look at liabilities incurred in prior years. More broadly, the management team outlined an ambitious five-year plan: assuring that all American mines were cash-flow positive, and continuing to work with states and localities in strengthening Peabody’s land-reclamation obligations.

Dorch also took a strategic look at Peabody’s relationships with outside law firms. In collaboration with AdvanceLaw, an organization helping general counsels find innovative firms that deliver quality and efficiency, Dorch embarked on a process of selecting nearly a dozen law firms that could best handle the company’s legal needs.

Unlike most panel selection processes, the goal was to avoid rubber-stamping incumbents, finding firms that were innovative, supported diversity and exhibited a clear collaborative approach.

“We’re looking to be the client of choice,” remarks Dorch. “We want our law firms to be especially excited about us, even relative to their other clients, and that doesn’t happen by accident—it is the result of smart design and a focus on inspiring law firms, rather than over-utilizing them.”

For Dorch, the debate over how best to balance environmental responsibility and the growing demand for energy needn’t be purely political. It is, however, governmental. With a presence in St. Louis, Washington, D.C., and Brisbane, Australia, Dorch and her legal and government relations team negotiate policy at the county, federal, state and local levels.

“It’s important to have a seat at the table in terms of how we provide resources to a growing planet in a responsible way,” Dorch says.

In the administration of President Donald Trump, Dorch sees an opportunity to “reset the conversation” surrounding coal. Indeed, while many see the industry as antithetical to environmental stewardship, Dorch believes her company will help strike a healthy balance between sustainability, energy development and economic security, providing a reliable energy source while others are still in development.

With an emphasis on lowering emissions at its 23 sites across North America and Australia, the company has helped reclaim hundreds of thousands of acres.

“We’re leaving the land better than how we found it,” she says, adding that Peabody contributes to local tax bases, helping fund schools, police departments and other public services.

According to Dorch, maintaining those local relationships has been essential to Peabody’s resurgence. It’s also a source of pride for the 20-plus year legal veteran, who understands as well as anyone, that true success only stems from holding on to your roots.

Journey to the top

Her accent might’ve changed. Ditto for the scenery. What has remained is a love of learning. Dorch attended Dartmouth University, earning a B.A. in Sociology.

After working in commercial banking and as a paralegal at a top New York law firm, Dorch was accepted to Harvard Law School in 1992, earning her J.D. three years later. She was then brought on as an associate at Boston-based WilmerHale, where she worked on wide-ranging matters.

Following two more stints in private practice, Dorch made the transition to in-house legal in 2003, joining the Tokyo-based Sumitomo Chemical as international counsel. The experience proved a transformative one for Dorch, who saw in the post an opportunity to leverage her expertise, particularly in the realm of corporate securities law.

“I’ve always thought of myself as a businesswoman who specializes in law,” Dorch says. “Having that seat at the table really allowed me to be part of the company’s broader strategic thinking.”

In 2006, Dorch was hired by industrial services giant Harsco to be its assistant general counsel. Over the next nine years, Dorch’s roles and responsibilities only grew, culminating in the threefold title of chief legal officer, chief compliance officer and corporate secretary.

From there it was on to Peabody, and the chance to bring her years of cross-sectors expertise to bear on behalf of an industry luminary. In June 2017, Dorch was bestowed the Women’s In-House Counsel Leadership Institute’s Golden Path Award.

“You pick a company where you know you can make a difference,” Dorch says. “I’ve never been afraid of tough times, but that hasn’t stopped me from following that passion.” 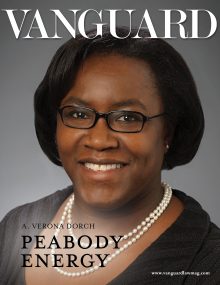 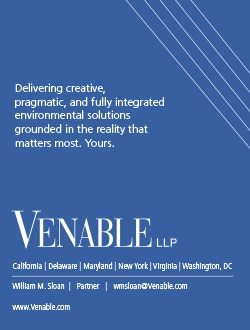 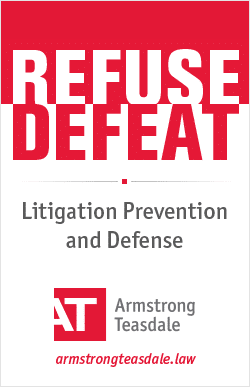