They walk the walk with their clients

There have to be times when Albert Li wishes there wasn’t such a need for Ottobock’s ingenuity. But if that need exists, he’s proud to serve as general counsel and compliance officer of the North American operations of the venerable German company that in 1919 began manufacturing artificial legs made so necessary by World War I.

Li may be especially proud when seeing up close the difference the now high-tech prosthetics have made.

Seen the movie “Stronger”? Nothing much exaggerated in that inspiring account of Jeff Bauman losing both legs when terrorists planted crude bombs near the finish line of the Boston Marathon in April 2013.

Just over a month later, aided by a pair of Ottobock-manufactured Genium prosthetics programmed to mimic his natural movements, Bauman along with Carlos Arredondo, the Red Cross volunteer who had rushed to his aid, threw out the ceremonial first pitches at Fenway Park. Bauman has since resumed running competitively. 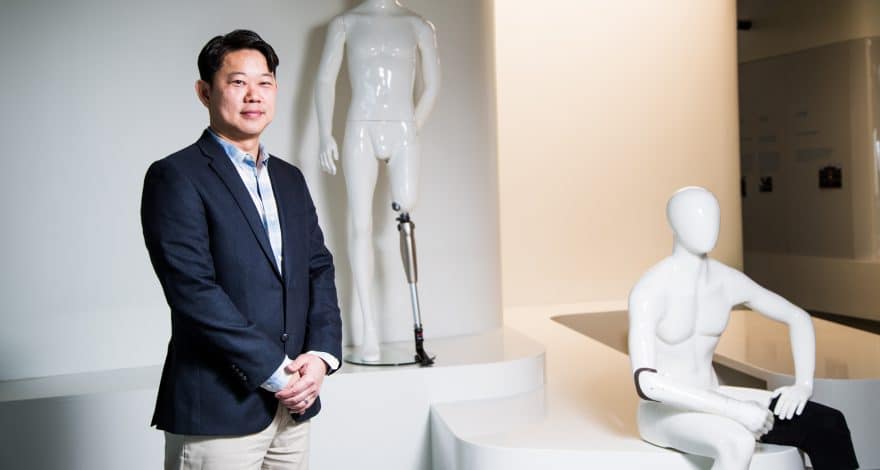 Gracious to everyone who aided his cause, Bauman visited Ottobock North America’s headquarters in Austin, Texas, last year, demonstrating how well he’s adjusted to his artificial limbs. That puts him in good company with wounded veterans who are again walking, thanks to Ottobock. It’s the same for people who have lost limbs from less dramatic means, among them a few women who can now do a dance of appreciation for the Ottobock crew.

“It’s so touching,” says Li, who has spent the majority of his legal career as in-house counsel to companies that manufacture medical devices, coming to Ottobock in January 2015.

“We have regular visits from people who express their love and appreciation of their Ottobock devices. Amputees show affinity for their prosthetic differently than patients with other medical devices I’ve worked with. It’s more personal than a patient with a cardiac stent or spinal implant. After all, people can see the devices and users can feel them.”

It’s nice too, he says, to see the media portraying amputees as the symbols of strength they really are, and Ottobock playing such a role in them regaining freedom of movement.

If he were alive today, Dr. Otto Bock would marvel at what’s become of the company he founded in Berlin nearly a century ago. Those early artificial legs bear as much resemblance to the current offerings as the early automobiles do to today’s high-tech vehicles; wood and plastic have long since given way to microprocessor-controlled prosthetics that are designed to vary their passive resistance to suit a patient’s walk.

While Ottobock is lucky to have  top-notch scientists and business professionals who create those products, bringing them to market requires experience and sound legal and strategic advice  to navigate the increasingly complex regulatory and compliance environment. Striking that balance between innovation and regulation is a particular concern for Li. In most technology-based industries the former typically outpaces the latter, but the stakes may be higher for medical-device manufacturers anticipating what may be a future necessity. 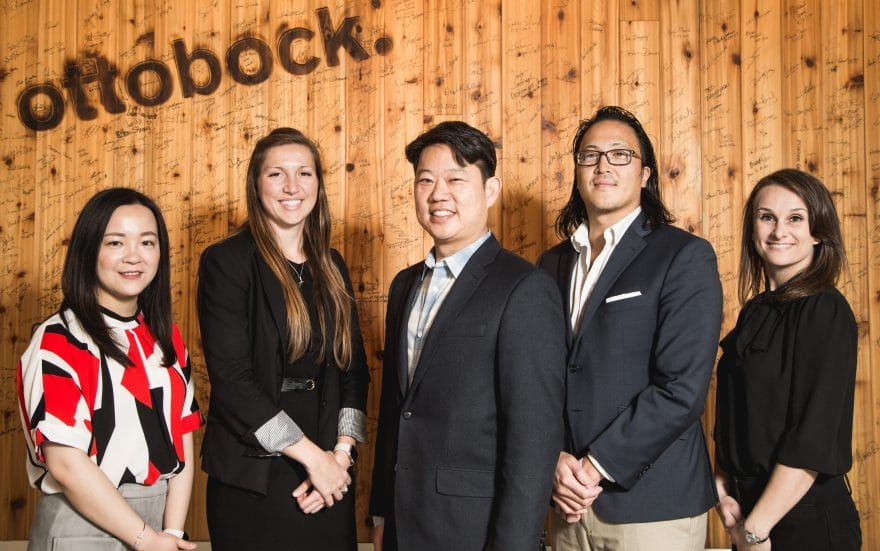 “My company and I have to be strategic in evaluating how our products may be affected by technological innovation, patient and provider needs and regulation,” says Li. “My role as the general counsel requires a combination of business, legal and strategic thinking, which makes the position challenging and invigorating.”

He’s quick to remind us that Ottobock and governmental agencies, such as the Food and Drug Administration, which regulates the company’s medical products, share common interests in patients’ well-being. Challenges may arise, however, when the rate of innovation begins to outpace regulations and the pace of regulatory change.  When this happens, Li’s role as strategic adviser requires him to find thoughtful solutions to complex business and regulatory problems.  This often means engaging with business leaders and regulators to find common ground.

“If you’re interested in a challenging legal role, go to a medical device company,” he says. “The product, the payer and the customer are all regulated in some way, which challenges our ability to improve and adapt in our market.”

As Li explains, Ottobock is primarily involved in three areas: upper- and lower-limb prosthetics; orthotics, such as back and limb bracings; and mobility solutions, which include wheelchairs and strollers.

Prior to technological advances, some of these devices were low-tech and essentially unregulated. Those days have long passed, with artificial limbs including micro-processing components and wheelchairs equipped with motors. Depending on their sophistication, medical devices fall into various general classifications based in part on risk to users, but it’s not always clear which one is appropriate. The challenges may only get more complex with every new invention. 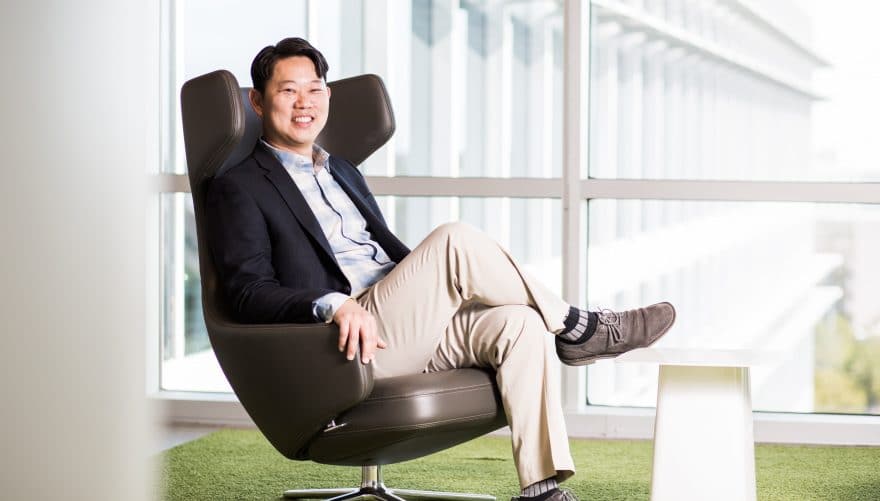 “The statutes that govern classification of lower-limb components were first instituted in the late 1970s and haven’t changed significantly,” Li explains. “Ottobock wants be an industry leader in quality, which includes engaging with the government on proper regulation, and we want them to understand where the industry’s technology is going.”

The challenges of regulation in an evolving field of medical technology increase as Ottobock is developing products on a global scale, where other countries or regions having their own regulatory and compliance hoops. Li, however, relishes the challenge, and he recognizes that Ottobock, as a market leader, must work collaboratively with its regulators to ensure that the regulatory landscape is fair and adaptable to innovations, without sacrificing the needs of patient safety.

Now 46, the Brooklyn-born son of a chemist had pondered a scientific career, majoring in psychology at UCLA, but the law won out. Upon earning his juris doctorate from Vanderbilt University in 1996, Li worked for a couple of firms from 1996 to 2006, practicing mostly corporate, securities and M&A law at Gray Cary Ware & Freidenrich and then DLA Piper Rudnick Gray Cary, before opting for a senior counsel role with Abbott Laboratories in Austin from 2006 to 2008.

He ascended to assistant general counsel, Americas, at the medical device leader Zimmer Holdings Inc., also in Austin, from 2008 to late 2014. Then came the move to Ottobock, which, conveniently enough, was relocating its North American headquarters from Minneapolis to the Texas capital, home to Li, his wife, twin daughters and son. 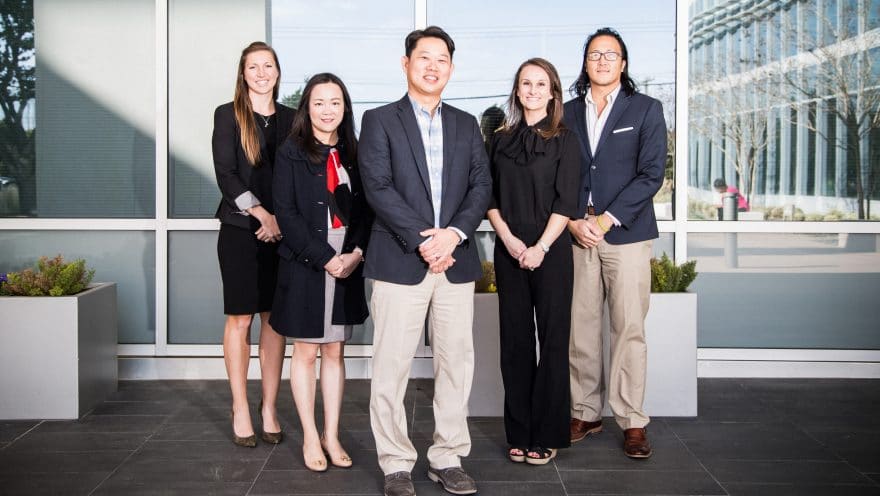 He supervises a lean legal department—just Li, two other lawyers and some non-legal professionals, but that could be changing, with Ottobock active on the acquisition front.

Acquisitions add to Li’s to-do list, as the new companies need integrating into Ottobock’s innovative, ambitious culture to better serve those with mobility challenges. It’s all in a day’s work for the legal officer at the market leader in an ever-changing industry. But it’s also satisfying.

“At the end of the day, I know there are other jobs I could have taken, but I’ve come to love being part of the medical device industry, where you can feel that you’re contributing to a product that really helps and impacts people in a meaningful and visible way,” he says.

It may be the same sentiment that motivated Dr. Otto Bock a century ago. 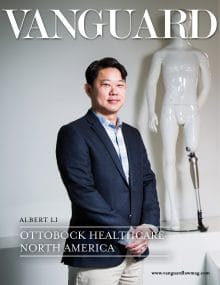 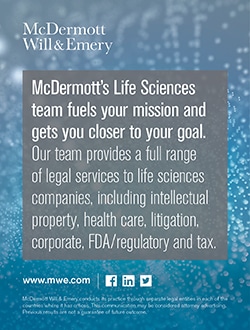 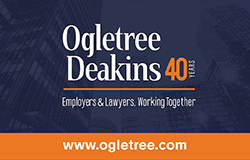 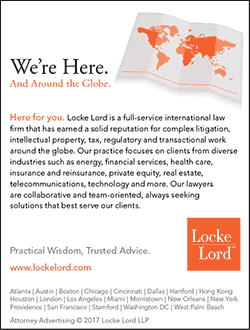 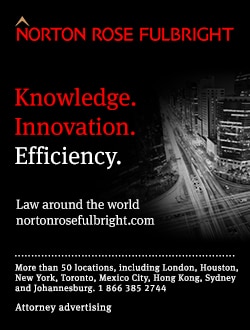