Robert Rosen will be the first to tell you that not much may make sense about the turns his professional life has taken in the past few years.

A self-proclaimed tech geek, the law never really has been the sole passion of this adventurous 45-year-old from New Jersey who, last autumn, shed the general counsel part of his masthead title in favor of being co-CEO of Singapore-based Kenon Holdings. 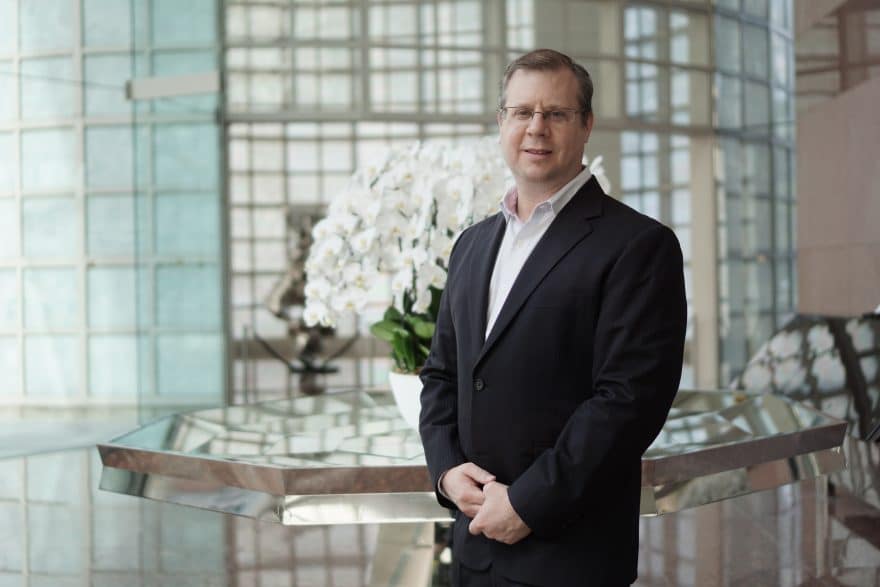 The position enables him to mix his worldly skill set of legal, financial and operational expertise at the publicly traded firm that spun off from another holding company, Israel Corp., in early 2015. That kind of versatility is expected of the leader, as Kenon’s office at the 41-story Millenia Tower remains a modest operation of 10 people, albeit with over $1 billion of annual revenues stemming from a slew of global activities. In time the staff may grow, but for now, everyone has to be prepared to wear multiple hats.

Rosen’s path to the other side of the world hasn’t exactly been one-stop. Thrice he’s left enviable positions at blue-chip law firms, the last time in early 2014, after a seven-year run at global heavyweight Linklaters Singapore office, to work on iPad apps with design teams from India and Thailand.

With his Singapore-born wife, Fiona, expecting their third child, Rosen deemed it prudent to accept an adjunct professorship at Singapore Management University’s law school, as well as consulting with P&C Ventures Limited on matters of cross-border equity security offerings.

Then, in the spring of 2014, he heard of an opportunity for an American lawyer to serve in an advisory role at a new holding company. Rosen, who had earned an MBA and law degree simultaneously from the University of Pittsburgh in 1998, met with Israel Corp.’s crew, who thought he was just what they were looking for, and not just as an adviser.

“It became apparent that this would be a full-time general counsel’s position and it turned out a good fit,” Rosen tells Vanguard. “So I put my teaching, software and consulting roles on hold, at least for the time being. I didn’t intend to stay, but the role became permanent, and I’m glad it did. But it wouldn’t have come up if I hadn’t taken so many gambles.”

Coming up a winner

That said, Rosen doesn’t roll the professional dice carelessly. His professional credentials are sound, he’s at ease with international commerce and is quick to share credit with his wife, who has never discouraged him from taking professional risks.

And Kenon Holdings is looking less and less like a risk with every strategic transaction, although the business model takes some doing to manage. In order to focus on its interests in chemicals, mining and refining, Israel Corp. had formed Kenon to control its investment in the Shanghai-headquartered car company Qoros, together with several other non-core businesses. 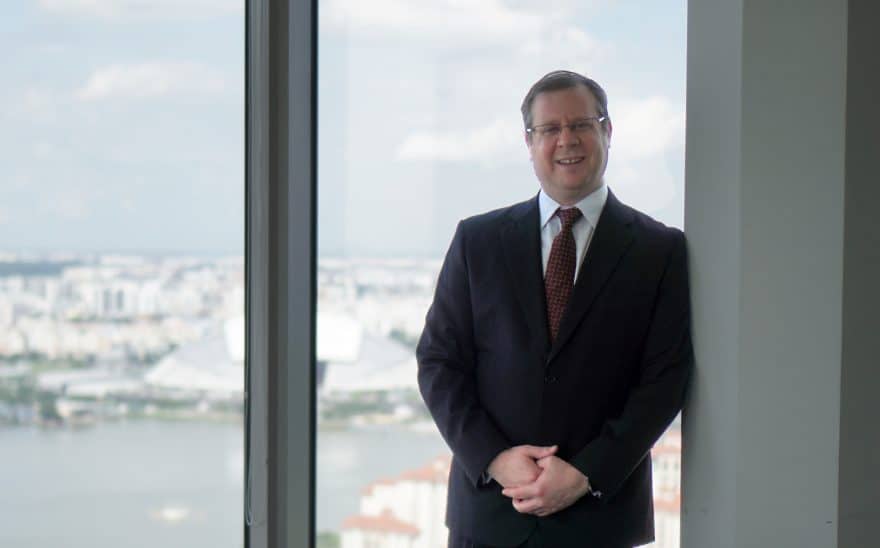 That’s a lot of compliance issues in multiple countries for Rosen to keep tabs on, in addition to his transactional and governance duties. Rosen concurs that he sometimes feels like the recipient of a battlefield promotion, but for a man who relishes a diversity of responsibility, he’s in the right spot.

Those who know him would agree.

“Working with Rob has always been a pleasure,” says James McDonald, a partner of the London firm Skadden, Arps, Slate, Meagher & Flom, which has had ample opportunity to interact with Rosen. “He is versatile and practical, and makes sure he keeps his eye on the strategic goals. Rob has been a proven leader in many complex deals, and his skills really come to the fore in complex transactions across multiple jurisdictions.”

Among other trusted advisers is the Singapore law firm of Allen & Gledhill LLP, a leader in such practices as banking and finance, capital markets, and mergers and acquisitions. With associate firms in Malaysia, Laos and Myanmar, Allen & Gledhill can be counted on to help resolve the complex issues that face a company as unconventional as Kenon.

Wired for the role

“Kenon’s a funny animal,” Rosen explains. “It was intended to be a spinoff that would allow the Israel Corporation to focus on its core assets. When the company was formed, the other executives were in Israel or London, and they needed someone in Singapore and found me.”

They probably didn’t even figure on his high-tech aptitude proving to be such an asset. Rosen would have a strong hand in setting up the info-tech framework that, in 2015, was commended by Finance Asia as one of the best for managing multinational compliance, a global board of directors and international transactions. Aside from helping put a management staff and policies in place, he also proved capable in the low-tech aspects of office arrangement. 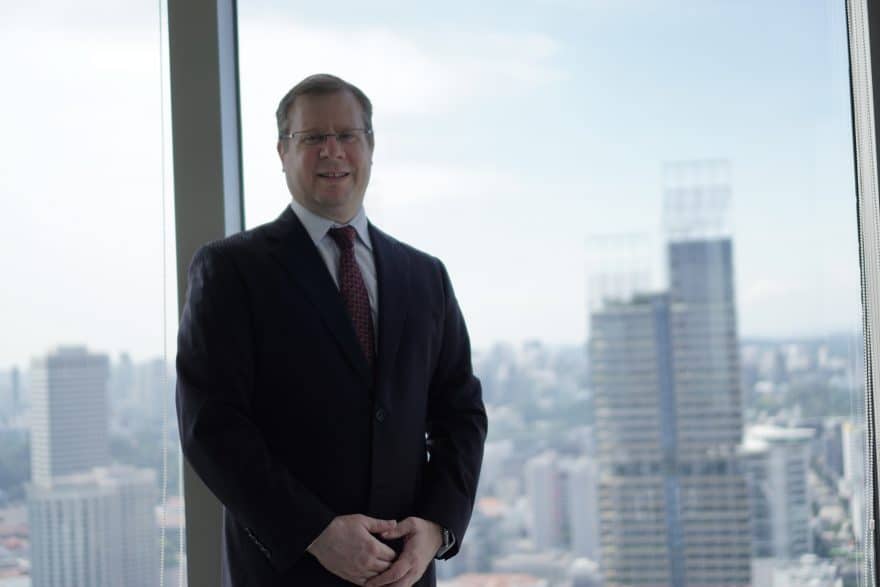 “The carpeting, the window blinds, the paint—it all fell on me,” Rosen muses. “The best compliment I’ve received is: ‘It looks like an office.’”

Interior decorating won’t be his next career move, however. He thrives in the business and legal ends of the operation, and with the firm just having celebrated its fourth anniversary, there’s always something to give Rosen and his colleagues a dose of humility.

“I’d like to tell you my day-to-day responsibilities have changed significantly, but I’m still doing what I’ve been doing from the start, and that includes a lot of everything,” he says. “I suppose there is now more personal liability, but it hasn’t changed my approach to tackling problems or handling issues.”

Ever the risk taker

So he’s still taking the risks, but that approach has gotten him far from the greater New York City area where he grew up and where many of his lawyer friends are making comfortable livings at private firms. Rosen, however, might grow weary of such close-to-home comfort.

It didn’t take him long to get his first job with a firm, the prestigious Milbank, Tweed, Hadley & McCloy having taken him aboard shortly after earning those two degrees from Pitt. Rosen stayed there for seven years before jumping to working on distressed debt with Mandel, Katz & Brosnan in 2006, and then opting for the international opportunity that Linklaters would offer him in 2007. 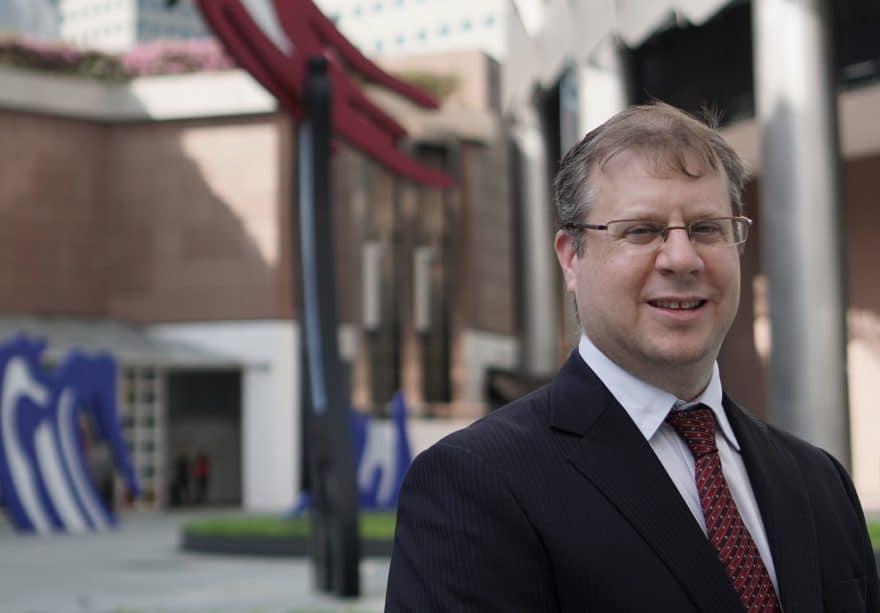 “I could have stayed at a New York law firm and done well, but I wouldn’t have gotten here,” he says. “I’m here because I gambled. I’ve got friends who ask, ‘You went from iPad apps to CEO of Kenon? How?’”

The partial answer is via leap of faith; it having taken him to Singapore, he couldn’t be happier. It’s a lovely, safe and vibrant city with good schools for his two oldest children.

But there are times—April to October, to be exact—when Rosen’s reminded that the world’s not quite built to his specification.

“The time zones can be a problem,” he laments. “I have to pick up the Yankees’ broadcasts in the morning.”

Those Yankees having been enhanced by the acquisition of Giancarlo Stanton, Rosen may be getting up extra early come spring. But, he reminds, the tradeoffs will still be worth it. 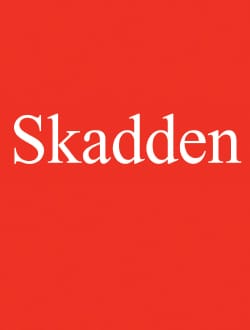 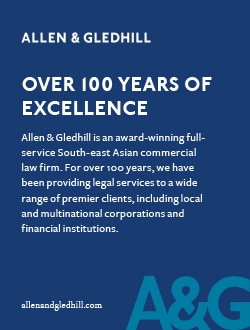