Born in Belfast, the capital of Northern Ireland, Alison McCullough-Butchart initially took the traditional route to becoming a lawyer—receiving her bachelor’s degree in 1997 and then, two years later, her Master of Law from The Queen’s University of Belfast.

While obtaining her master’s, McCullough-Butchart attended the University of Manitoba in Canada as a visiting graduate student, then she returned to Northern Ireland. While living there, a Canadian firm extended her a job offer that would mean a permanent move to Canada. McCullough-Butchart took it.

“When you transition from one country to another as a professional, you need to be dedicated to your craft, especially if you need to return to school,” says McCullough-Butchart, who had to obtain a second law degree to practice in Canada. 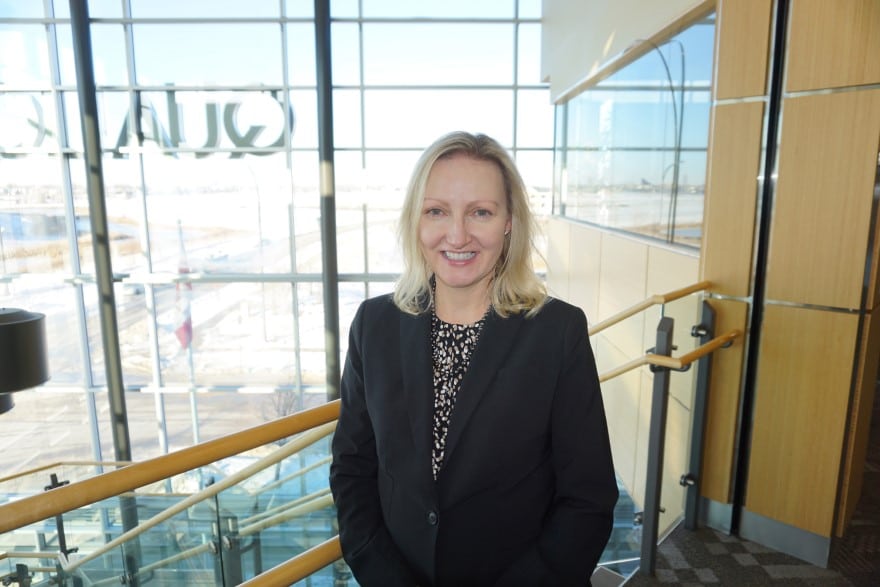 To do so, she once again became a student at University of Manitoba before graduating with her second law degree. Shortly after, she accepted a full-time associate lawyer position at a private practice in Manitoba.

In August 2016, McCullough-Butchart started her work as a general counsel for Qualico, a real-estate company headquartered in Manitoba, Canada, with locations throughout Western Canada and Texas. She adds that her previous experience studying law in multiple jurisdictions has been particularly useful in this role.

“I need to constantly update my knowledge about the company’s multi-jurisdictional locations—something that has become more complicated since the pandemic with laws changing daily, but I enjoy the challenge,” McCullough-Butchart says.

Qualico was looking for someone to tackle legal matters in house, and McCullough-Butchart has extensive experience in a wide range of legal areas, including commercial, civil and insurance litigation.

Adding to her qualifications was her work in Manitoba as the deputy chief commissioner of the Residential Tenancies Commission, a tribunal for which McCullough-Butchart heard cases throughout the province. For five years, she chaired panels at hearings, listening to appeals of landlords and tenants. This helped her expand her knowledge of residential tenancies law.

McCullough-Butchart says that made her a perfect fit for Qualico, a fully integrated real estate company. With over 1,800 employees across its eight locations, the company handles everything from purchasing and developing land into commercial and residential areas to providing contractors and building supplies to clients.

Since its establishment in 1951, it has built over 82,000 single and multi-family homes as well as building, leasing and managing over 3.5 million square feet of office, retail and industrial space, McCullough-Butchart says. 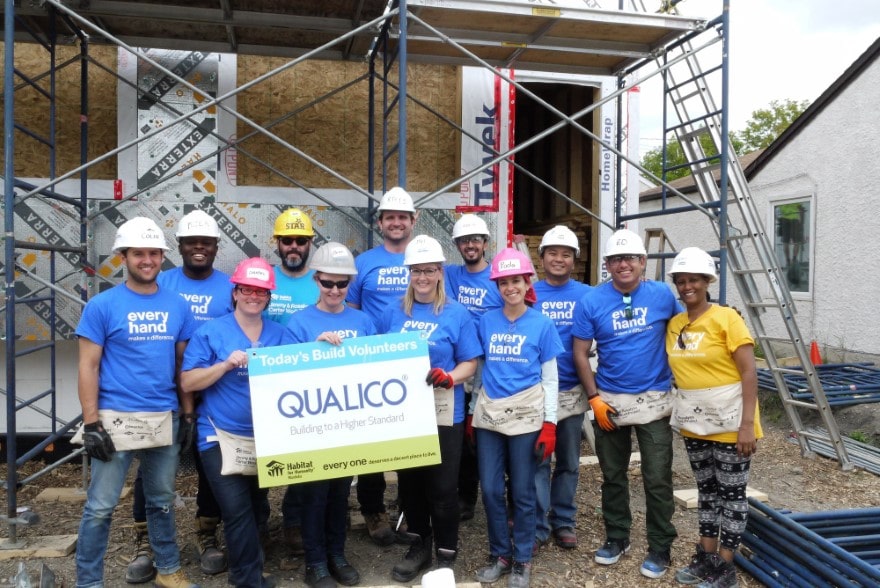 In addition to functioning as Qualico’s  general counsel, she also acts as the company’s privacy and compliance officer, which has been particularly tricky during the COVID-19 pandemic, when she had to deal with cross-border compliance.

Working closely with the company’s Canadian and United States’ human resources and health and safety departments, she developed and implemented policies that adhered to each country’s laws. She ensured the protection of all employees—from staff in offices to those on construction sites. Enhanced pandemic safety protocols on worksites—think handwashing stations, social distancing and limiting one trade group on site at a time—allowed construction to continue.

“No one knew what was going to happen or is going to happen,” McCullough-Butchart says. “We are grateful for all our employees, and we found ways through to make sure they could work safely.”

McCullough-Butchart also worked to more cohesively integrate legal services, which the company had previously outsourced. Now, she’s helping resolve legal matters in-house, while also connecting legal operations with the business side of Qualico. To build that bridge, she joined the company’s corporate committee.

“In an industry that society views as male-dominated, more diverse perspectives are needed,” says McCullough-Butchart, “which I am happy to bring from a legal, female and immigrant background.” 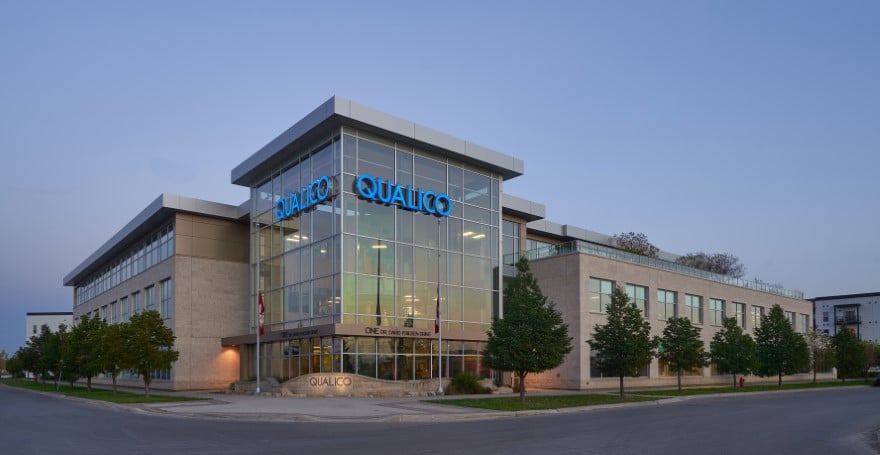 She then began fulfilling her expanding legal and business responsibilities by helping the company acquire everything from utilities—think electricity—to land parcels and building permits on numerous projects including Sage Creek. This is Qualico’s flagship community in Winnipeg that also houses the corporate head office where McCullough-Butchart works.

The master-planned mixed community is composed of single and multi-family residences. It also includes offices, as well as grocery stores, restaurants, hair salons and other amentities.

Outside work, McCullough-Butchart discovered that volunteering was another avenue for serving communities. In fact, with Qualico supporting Habitat for Humanity, she’s been involved in several of the company-sponsored build days. 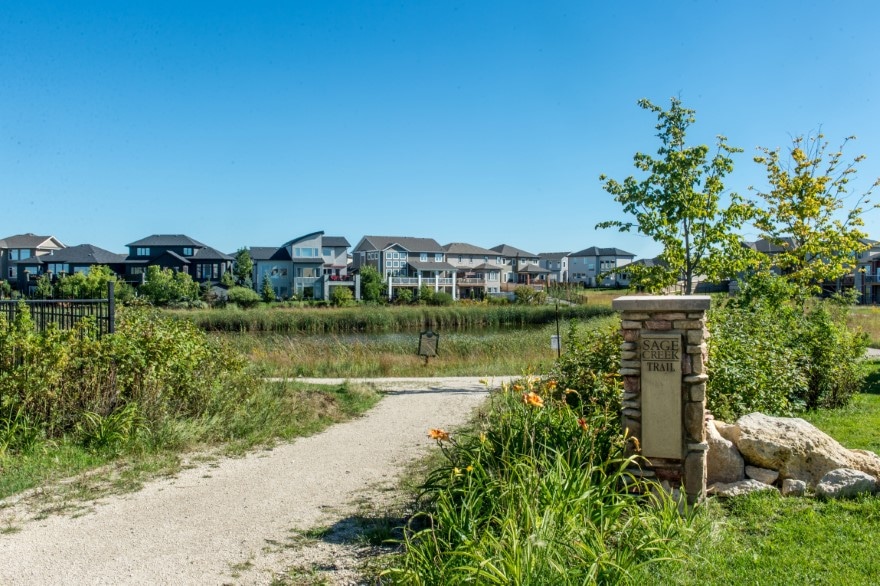 Previously, McCullough-Butchart was also a member of The Law Society of Manitoba Practice and Ethics Committee, chair of the Winnipeg Public Library Board and co-chair for Fort Garry Women’s Resource Center, which provides free resources and services to women and children in need. She also mentors law students, as well, and judges middle and high school debates while also preparing high school students for mock trials through the Manitoba Bar Association.

“When I moved to Canada, I didn’t know many people,” McCullough-Butchart says. “I was interested in volunteering not just to give back to the community, but to get to know the community and make friends with people who shared my passions and interests.” 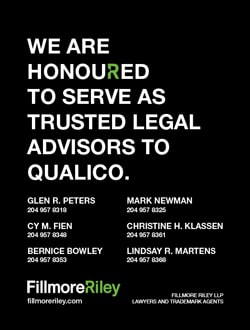 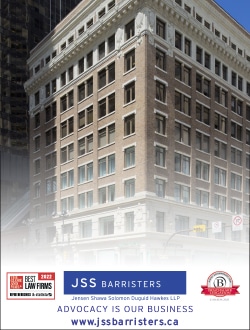 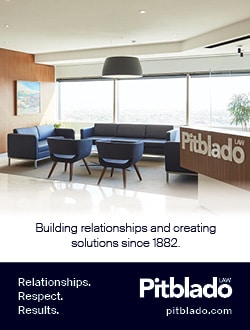 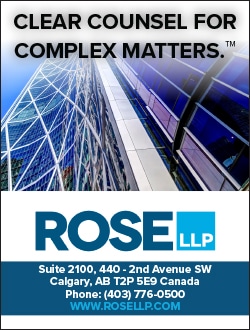 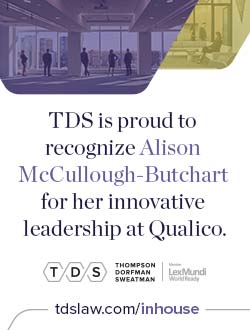