Alon Rotem remembers receiving a phone call from a customer who bought a used purse from thredUP. From all outward appearances everything was as advertised: the design, the condition, the way she imagined it looking on her shoulder. When the customer reached inside, however, she found something she didn’t expect: $500 in cash.

The purse had been donated to the secondhand retailer, inspected by its team and sold online, only to have the cash remain hidden in a side pocket. But thanks to one honest customer (and a detailed system for accepting donated goods) the cash was returned to its rightful owner. 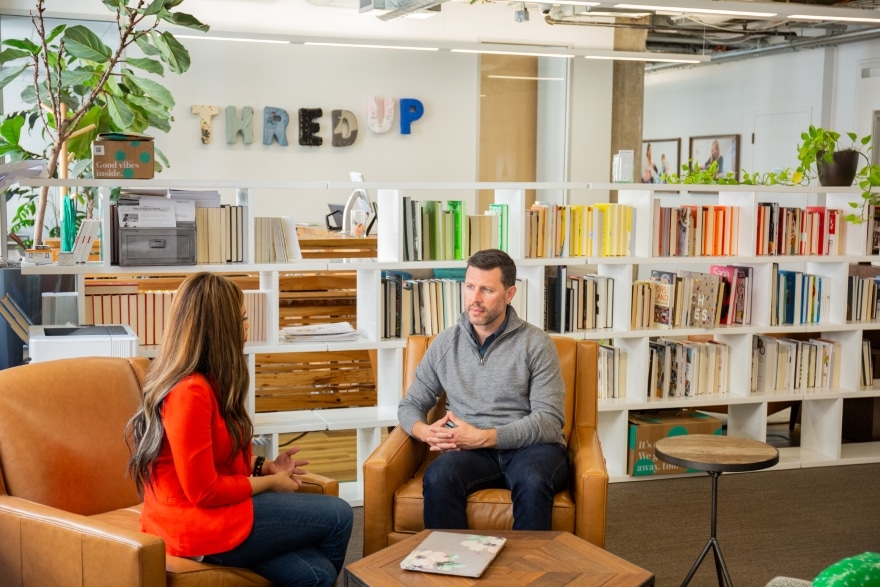 According to Rotem, the story highlights why he loves serving as general counsel for the San Francisco-based secondhand retailer.

That satisfaction stems not just from the company’s endemic good will—seen in action when finding a new home for used clothes or supporting charities as part of its business model—that fulfills Rotem. It’s also the company’s emphasis on environmental sustainability and corporate giving—and the resulting shift in consumer consciousness.

“I love the mission of the company, and that we have the opportunity to make a dent in the universe in a positive way,” Rotem says.

From Gap to Gucci

When thredUP was founded 10 years ago, buying hip used clothing was just beginning to emerge as a significant fashion trend. At first, people were looking for cool outfits at low prices, or a way to accommodate growing children, but over time the emphasis shifted toward recycling clothing responsibly.

To that end, thredUP developed a managed marketplace business model: first as a platform for people to clean out their closets and second as a reseller of quality secondhand clothes at affordable prices. 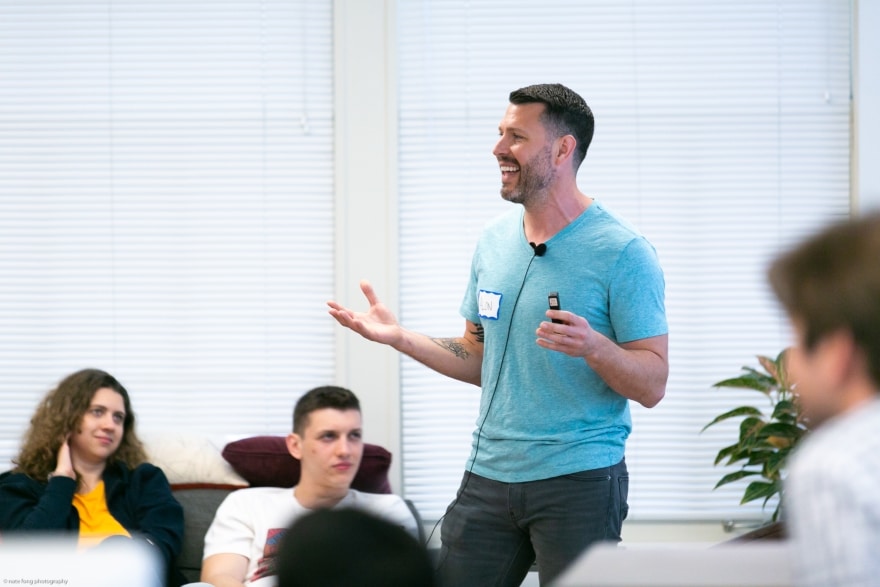 For a client to sell an item, they simply request a clean out kit from thredUP—free of charge. Next, employees at one of four national distribution centers inspect the items, awarding sellers a sliding scale consignment percentage with more money for pricier items. Anything not accepted can be returned to the seller or passed on to environmentally sustainable recyclers who buy and repurpose the ‘waste’ by the pound. Proceeds from that arrangement offset the costs of shipping items to clients.

“We are very proud of the fact that less than one percent goes into a landfill,” Rotem says. “We feel that makes us really unique in this space.”

On the buyer’s side, the benefits are even better.

From a black Prada cocktail dress, to T-shirts for babies and trendy bits from Forever 21, there is no shortage of clothing and accessories for women and children. High-end purses might run $2,000, but the average cost for an item is $20.

An added perk, Rotem says, is that customers are allowed to access a free ‘try before you buy’ styling service, complete with a personalized ‘Goody Box.’ Playing to a person’s preferences, each box lands on the client’s doorstep with 10 items. Don’t like everything you see? The client can send it back at no cost or keep what they like.

Ironically, Rotem says thredUP started as a men’s shirt-swapping service, but sales were eclipsed by the volume of products for women, who command 80 percent of the online apparel business. That, in turn, lead thredUP to reorient its business model a few years back.

From regulations surrounding privacy to understanding the intricacies of Instagram, Rotem says there’s no shortage of legal topics to sift through.

Much of what is being reviewed pertains to access and control of consumer privacy information: honoring each client’s right to request information; deciding when and how their information gets deleted; and establishing how people can get a copy of their information—among other issues.

“We’re working internally to establish policies and procedures surrounding how we treat and educate our consumers and provide them access and control of their information,” Rotem says.

Because anything can show up in a bag at thredUP’s distribution centers, another project Rotem is reviewing involves the development of a policy on exotic skin sales—like python—for items such as shoes, belts and purses.

“We want to make sure we are not selling anything illegal or any endangered species,” Rotem says. “It’s important that we set our internal ethical stance of what we will accept or reject.”

In the social media marketing arena, Rotem attends to numerous legal requirements focused around ‘influencers’ on Instagram. As a company with many followers promoting its products with photos and endorsements, proper disclosures need to be made that those people are getting paid to post.

“It’s all about transparency,” Rotem says, commenting that being up front gives more credibility to the organization in the long run. 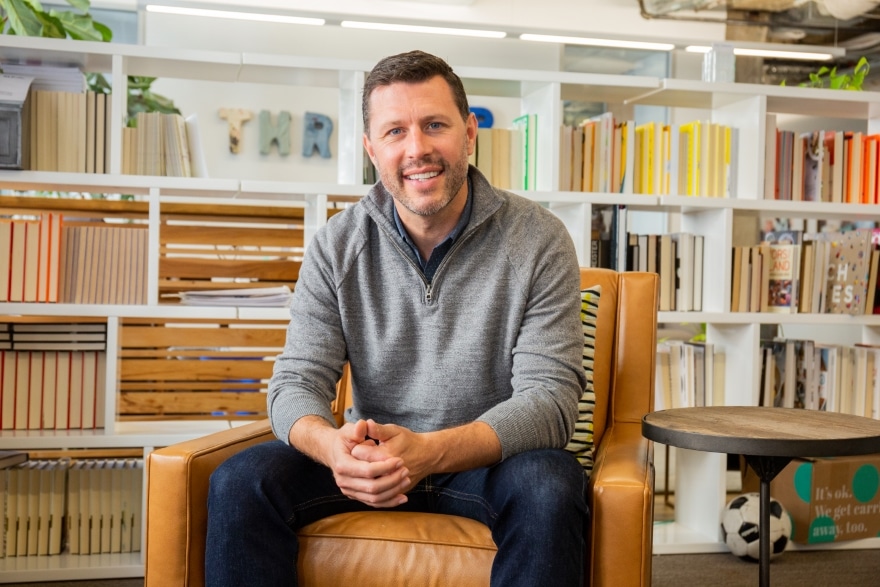 In the closet clean out process, people not wanting their old clothing back can choose to take a tax deduction and charities on the receiving end are awarded $5 a bag. “It’s a win-win,” Rotem says. “People can feel good about cleaning out their closets, and we’ve awarded tens of thousands of dollars to worthy organizations like Feeding America, Girl’s Inc. and Habitat for Humanity.”

Rotem says he measures job satisfaction through three primary questions: Is he having fun? Is he learning? And is he making an impact on the organization?

The answer to all of those for him is ‘yes,’ he says. The bonus is knowing he’s making a difference in raising consumer consciousness on the issue of environmental sustainability.

Raised in a family that took social justice seriously, Rotem says becoming a lawyer didn’t jump out at him right away. Initially earning his bachelor’s degree in managerial economics at the University of California, Davis, he moved to San Francisco to do a little soul-searching. There he founded and ran Digital Platinum Entertainment from 1999 to 2001, before taking a job as an associate for Ropes & Gray LLP from 2007 to 2010 and as a senior associate at Goodwin from 2010 to 2013.

After brief stints in consulting, he turned his focus toward law school, graduating from the University of California, Berkeley, School of Law in 2007 with a J.D. and a law and technology certificate. His first legal gig was as general counsel for Rocket Lawyer from 2013 to 2016 before landing at thredUP in 2017.

Playing a lot of basketball over the years, Rotem says he draws inspiration from his favorite sport, applying it to his workplace philosophy.

“I’m a very team-oriented person,” Rotem says. “No matter what position I’m playing, I realize success or failure is determined by working together. I keep that in my mind at all times, as well as remembering not to leave a wad of cash in my pocket.” 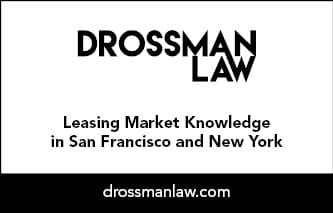 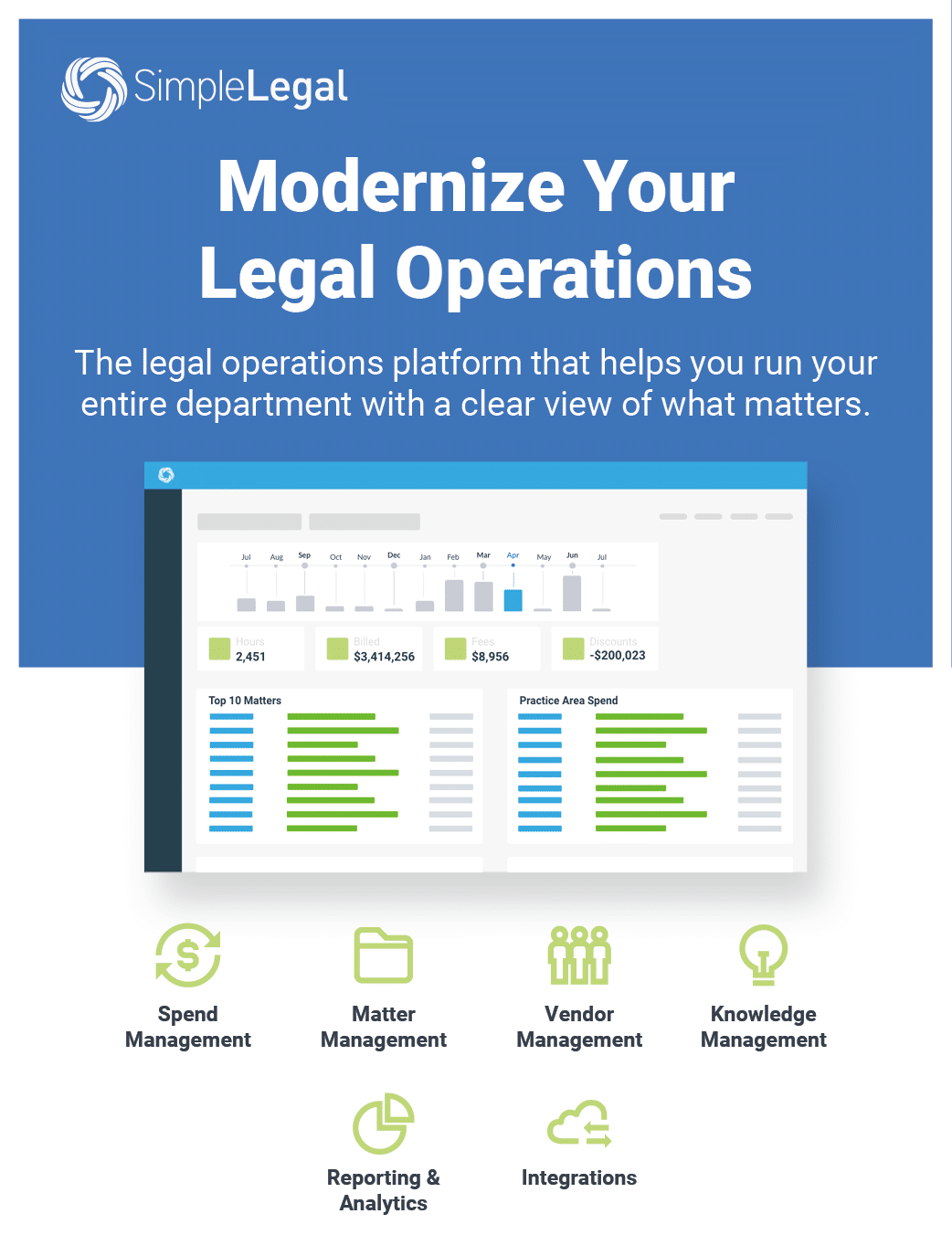