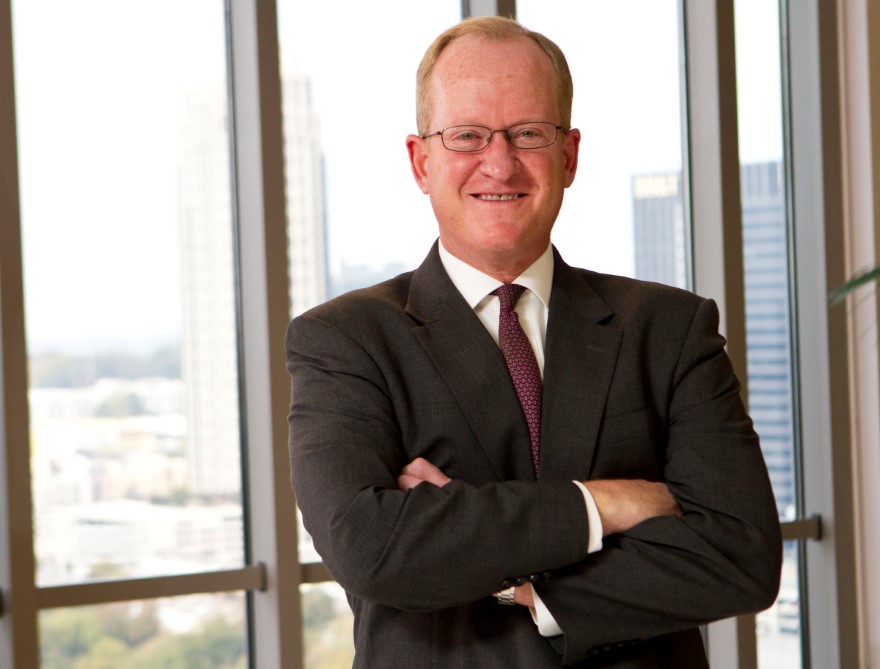 On a hot summer day, there’s little time to find a replacement, and with a pandemic hitting everyone’s wallet, there’s no cash to buy a new one. For many people, it’s a squeeze that’s all too familiar, says Robbie Kamerschen, an executive vice president and general counsel for Aaron’s. While Aaron’s has been renting furniture, electronics and appliances for 65 years, what it offers to people facing cash and credit challenges should not be underestimated, he says.

“One of the things that’s interesting, it’s a business that’s been around since the 1950s and serves a customer people may not always think about,” Kamerschen says. “And my work here has been quite a ride for me. We’ve been making it a grown-up public company.”

Founded in 1955 by Charlie Loudermilk and now headquartered in Atlanta, Aaron’s has more than 1,500 locations throughout the U.S. Though it’s been publicly traded since 1982, for decades the majority of company stock was owned by one person, Kamerschen says.

In 2012, Ronald W. Allen was the first nonfamily member to become a company CEO. Two years later, Aaron’s fended off a hostile takeover attempt by private equity firm Vintage Capital by making its own acquisition of Progressive Leasing. 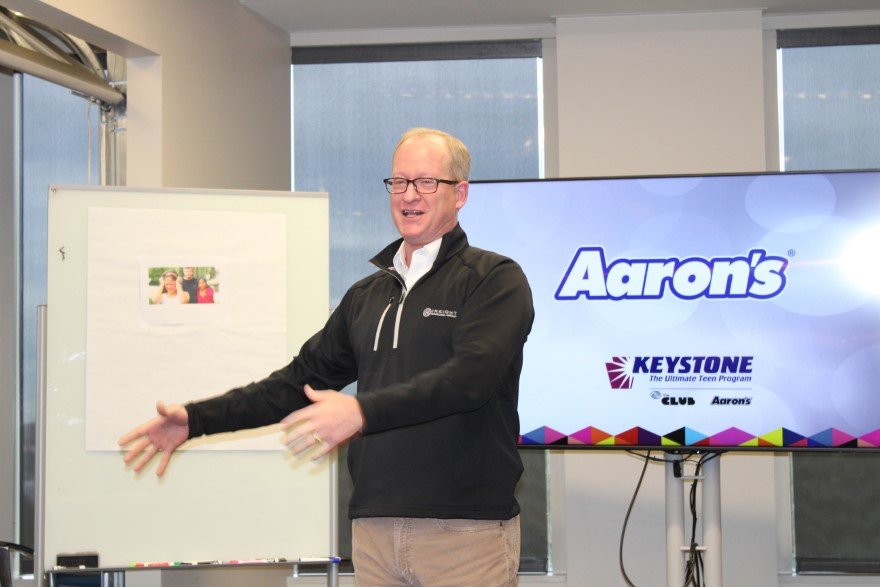 According to Kamerschen, Progressive Leasing had developed an algorithm that allowed customers who are often ineligible for in-store credit at larger retailers, to lease items such as furniture, electronics, jewelry or mattresses with the option to own them.

The access to credit opened new doors for customers who might not have been able to shop at larger stores as Progressive’s annual revenues increased from $200 million to $2.2 billion from 2012 to 2019.

In July, Aaron’s announced plans to split Progressive into its own publicly held company in a transaction expected to be completed by the end of 2020.

Kamerschen arrived in 2013 and he’s been building the Aaron’s legal department ever since, including hiring someone to handle U.S. Securities and Exchange Commission filings, as well as officers for compliance and government relations.

That work was slated to continue into 2020. Then came the coronavirus, which has proved both challenging and an opportunity for growth.

“It knocked over a lot of dominoes that you don’t think of right away,” Kamerschen says.

The first question was whether Aaron’s would be considered an essential business amid the plethora of state executive orders issued in March. Kamerschen and his team split the country into regions and had daily phone meetings to review the orders and revisions.

“It was like a daily treasure hunt and all over the board,” Kamerschen recalls. “But by and large, we remained essential because of what we offer to customers.” 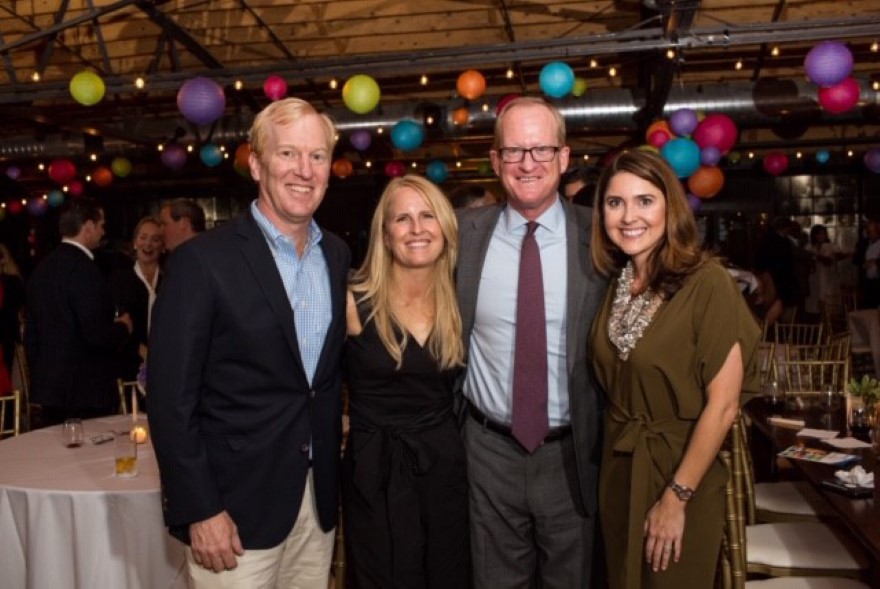 How they would supply them was another matter entirely. Indeed, the company’s approach was typically more conservative than was required. Showrooms were closed and curbside service was offered until it was better understood how to protect people from the coronavirus, Kamerschen says.

At Woodhaven Furniture, the Aaron’s subsidiary which makes most of the furniture it rents, employees pivoted from sofas, sectionals and mattresses to manufacturing personal protection items that have been donated to hospitals across the U.S.

“Our staff wants to work. They like to work, and they want to feel useful,” Kamerschen says.

Showrooms have since reopened, but Kamerschen says working remotely has been so successful that the company’s store support center in Atlanta is still closed. How it will reopen remains unclear: whether staff will work on alternating days and how the office will be set up are basic—and still unanswered—questions. 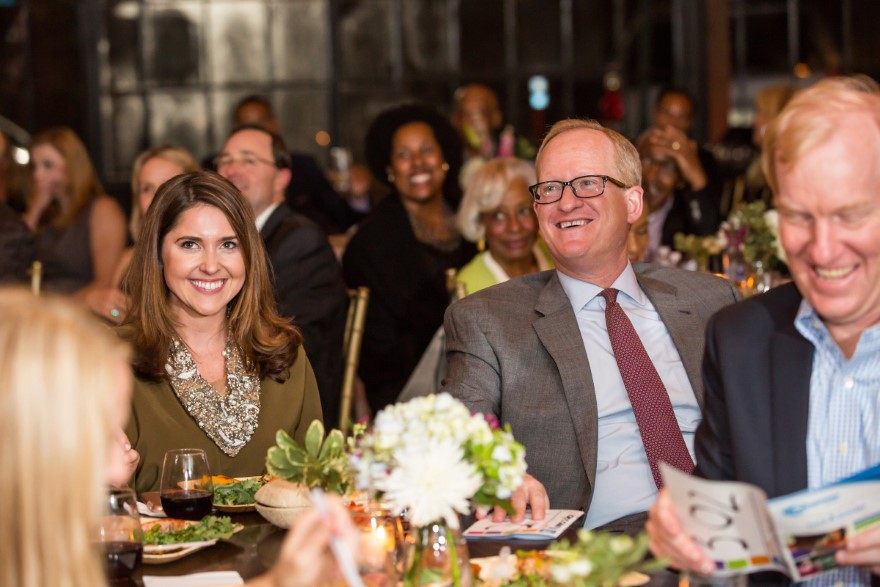 In the interim, Kamerschen says video chats that are not entirely work-related are a new norm, and a great way to gauge how people are faring working remotely—they’ve become virtual water coolers.

The pandemic is also hastening a shift to e-commerce. Pre-COVID-19, Aaron’s was already doing 10 percent of its business online. That’s increasing with people staying at home, and thanks to a strong supply chain of showrooms and fulfillment centers, ordering and delivering is frequently done on the same day. However, Kamerschen says it also requires him to work with IT to make sure the company is protecting consumer data and complying with privacy standards.

Though his desire to help Aaron’s grow into a mature publicly held company brought him on board, Kamerschen says his legal career was not predetermined.

A native of Athens, Georgia, he was always interested in politics—and athletics. At Stanford University he played baseball and football, and was part of two NCAA championship baseball teams. 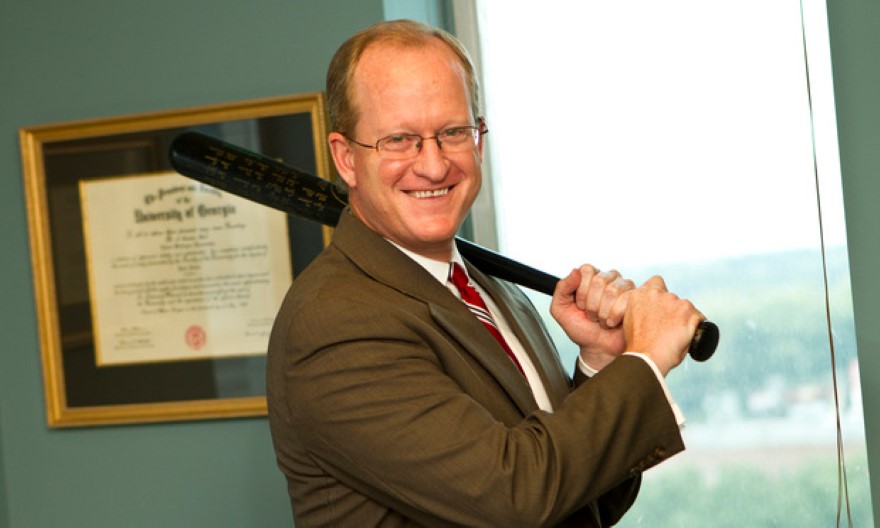 After graduating from Stanford with a bachelor’s degree in political science in 1990, Kamerschen pitched in the Philadelphia Phillies’ organization.

But pro baseball is a longshot dream, where one in every 10,000 players makes the big leagues. While several of his Stanford teammates (including Hall of Famer Mike Mussina) made it happen, Kamerschen’s diamond hopes ended after one season.

Though a degree in political science from Stanford seems a likely springboard for law school, Kamerschen says there was never an “aha” moment where he decided to pursue a law career.

“I had an interest in politics and being on my feet and doing public speaking,” he says, and an introductory law class at Stanford, where the professor reviewed the front page of the New York Times each day to show how law fit into the stories, piqued his interest.

Kamerschen returned to Athens and enrolled in the University of Georgia School of Law. He earned his J.D. with honors in 1994, then spent the next five years at a private firm.

His first in-house role came in 1999 with EzGov, a high-tech government e-commerce company. Three years later, he became the vice president for law and policy at ChoicePoint, a data aggregation company.

He stayed in-house when he shifted to Equifax in 2008, eventually becoming a senior vice president and chief counsel handling legal matters, governmental affairs and compliance before joining Aaron’s. 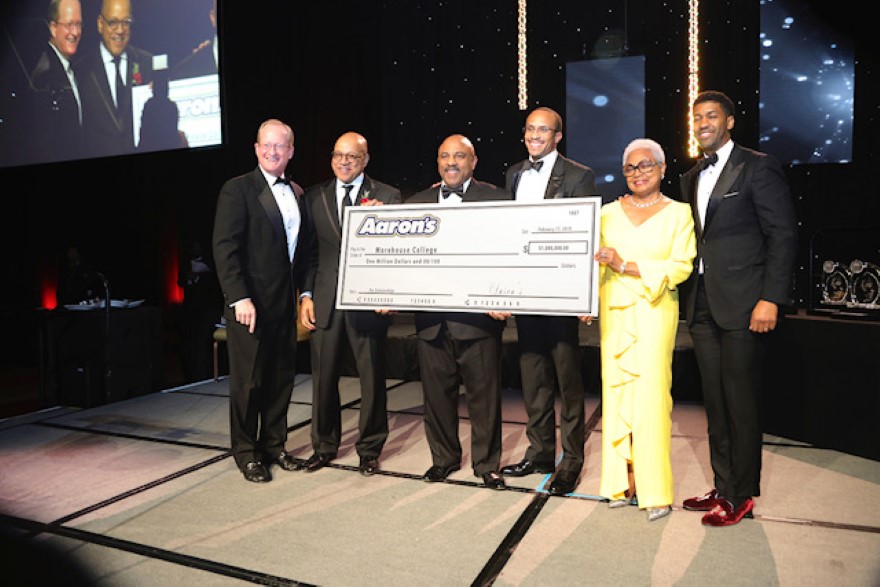 Kamerschen also leads the Aaron’s Foundation, the company’s philanthropic arm supporting causes including the Boys & Girls Clubs of America as well as local initiatives, including donating laptops to children. It’s work that fits the Aaron’s philosophy and adds to the rewards of what he does.

“I have enjoyed helping take a family-owned business forward. We’ve been able to help so many people, and with the addition of Progressive Leasing, we can help people shop anywhere,” he says. 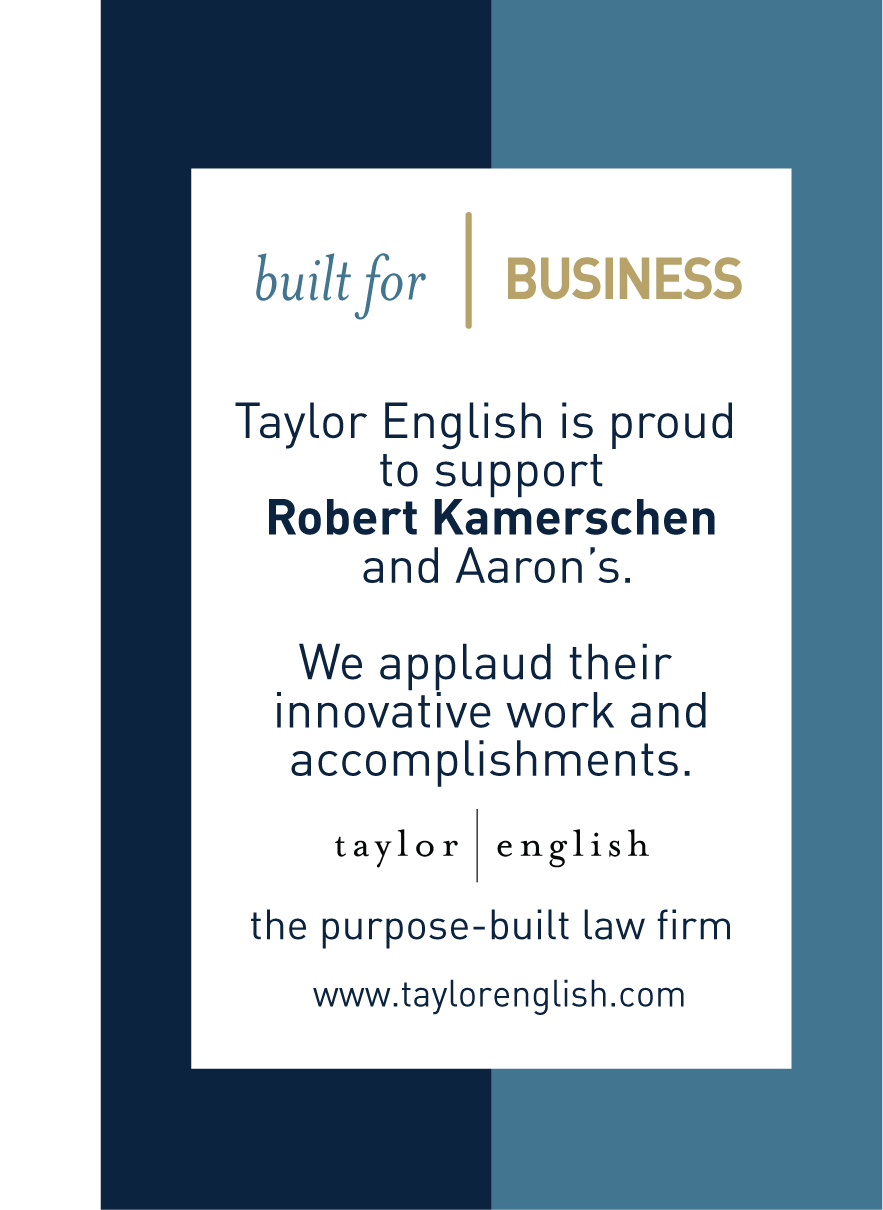 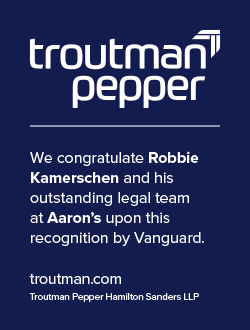