Leaving a responsible message in the bottle

There’s much responsibility that comes with overseeing the legal needs of a liquor distiller and distributor. At least there should be, Salvador Martinez opines from Mexico.

“I don’t want people to drink more,” says the Mexican lawyer who until recently worked with the Latin American division of the British multinational Diageo, which makes brews and spirits including Johnnie Walker, Captain Morgan, J&B and Guinness. “I just want customers to drink better and responsibly.”

Among his accomplishments, Salvador helped close a negotiation with Mercado Libre Inc., an Argentine company that’s the predominant Latin American online marketplace with around 175 million users. Its name translates from Spanish as “free market,” and Salvador says his former employer will use the channel as a point of sale. 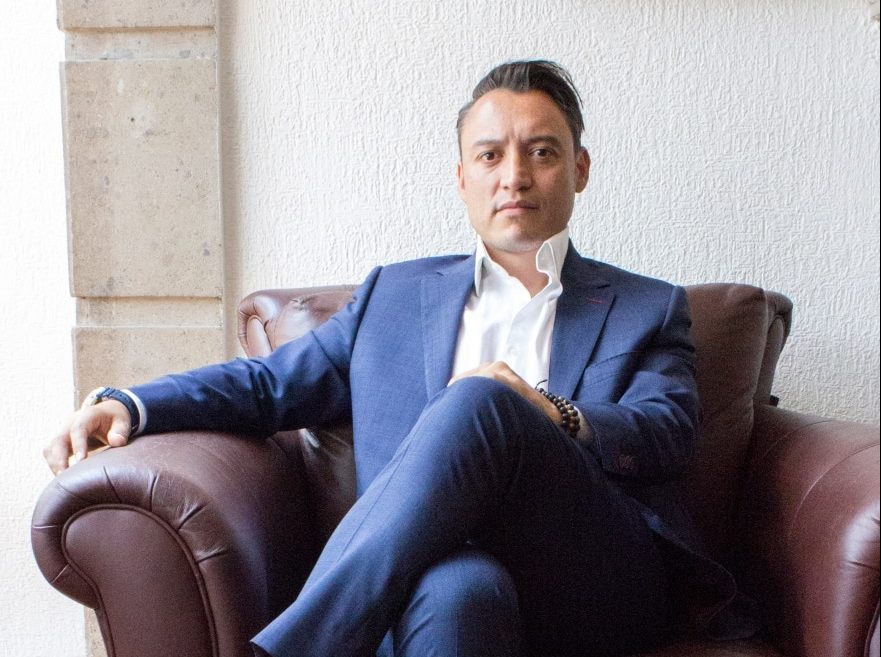 “I am focused on companies transforming their business model,” he says. “When I think of retail, I think of how it has been forever. But today you have to innovate.”

Compliance is another challenge with alcoholic beverages, with codes differing throughout Mexico and across borders. Given that most of the company has its own codes that include education on drunk driving and underage and binge drinking, Salvador figured that around half his time was consumed by some type of compliance.

“This is a highly regulated industry with complex processes and response times,” he says. “But I am always looking for challenges and hungry to continue to grow steadily.”

As a younger man, he wanted to work for an international law firm and achieved it, first at Chevez, Ruiz, Zamarripa y Cia from 2008 to 2009, and then for over two years at Baker McKenzie. At that point, he was ready for something else.

“I learned a lot and that is where my interest in expanding my work arose,” he says. “I wanted to be a truly corporate, commercial and operational partner for the clients.”

A friend referred him to PepsiCo, and it was there where Salvador says he took to the holistic aspect of being part of an executive team. Here he could weigh in on the creation of a brand to its point of sale as well as strategize on litigation, designing and executing a favorable $130 million judgment. 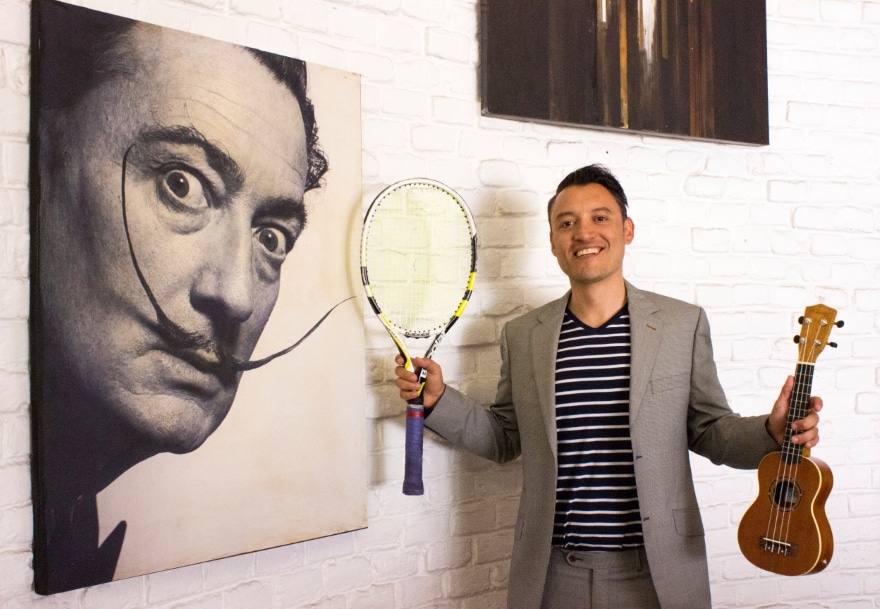 An Universidad Panamericana law graduate with advanced degrees from the London School of Business and Finance, Salvador furthered those credentials with a postgraduate degree in business from New York University School of Law. Upon returning to Mexico in 2016, Mattel, LEGO and Hasbro extended him offers.

Mattel got his nod, with Salvador serving the toy company for three years as senior counsel for international legal affairs and operations. Though entrusted with 15 entities in seven countries, he felt tapped after understanding that the company was not ready to grow in his region.

“I learned that to be a good lawyer, one must have the good legal judgment to have a solution to a problem,” he says. “Everyone is looking for justice.”

Diageo allowed Salvador to grow and go well outside the traditional legal role. In the beginning, he was excited about the company’s commitment to progressive causes that, aside from responsible drinking, included sustainability and diversity, equity and inclusion.

The company encourages farmers to provide it with sustainably grown grains and hops. Salvador was front and center here, stressing how climate change, water shortages and biodiversity loss threaten Diageo’s own well-being. He urged the company to use recyclables in its packaging, also. 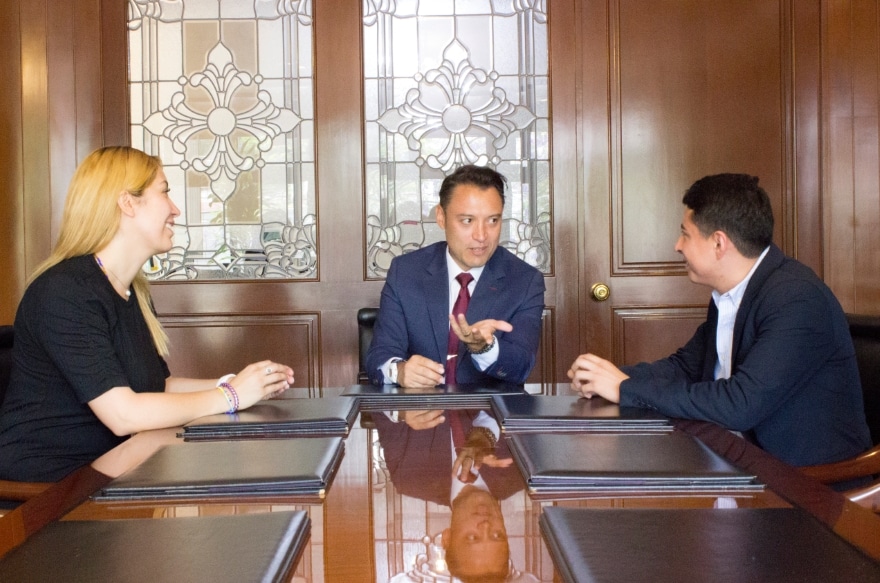 Having his input welcome on non-legal matters was all part of the fun of being in-house—a perk he didn’t enjoy at the firms.

“In-house counsel is still seen as a luxury item but, I’ve shown you can make a difference and prevent a problem,” he says. “I’m able to design a very effective strategy based on precedent and law and save companies in the long term.”

And when he isn’t on the job?

He does enjoy a pint of beer or glass of Mezcal, the latter having been added to Diageo’s holdings last summer through the acquisition of Mezcal Union. Diageo’s history with Mezcal Union dates to 2016 when it took over the distribution. Mezcal Union running several sustainability and community programs in Oaxaca meant a lot to Salvador’s big-picture outlook. 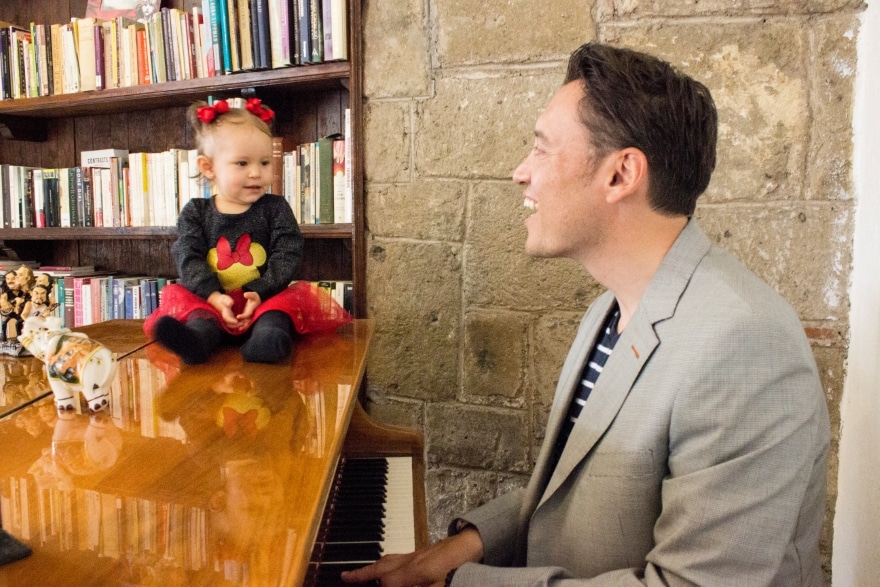 Salvador’s got much going on, personally as well as professionally, with his wife giving birth to their first child, a girl named Pia, in 2020. That’s had him listening to children’s songs and even penning a few on guitar and keyboards. Then there’s his latest role, as vice president of legal at ALEA, a high-powered consulting firm with strengths that include a state of the art “in-housing” model for companies; as well as risk-management, compliance, negotiation, litigation and intellectual properties.

“Despite enjoying my time as an in-house counsel, I would never compromise my ethics and ideals. And I do have to keep growing,” Salvador says. 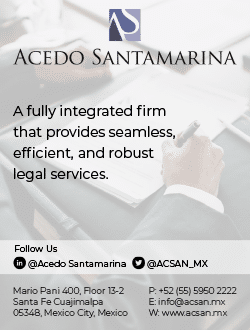