While squishing through the oozing mud, the marsh buggy trundles slowly through the murky shallow waters. This excavator on two pontoons needs to touch the ground in order to operate.

Then the excavator’s bucket reaches out and disappears down into the brown water with a loud dunk. It scoops up the muck under the marsh, digging the path for the trench that will be filled by pipelines carrying petroleum liquids or natural gas. When the digging’s done, backfilled and the area is restored to its original state, it treks back to land, steady as the alligator it resembles. 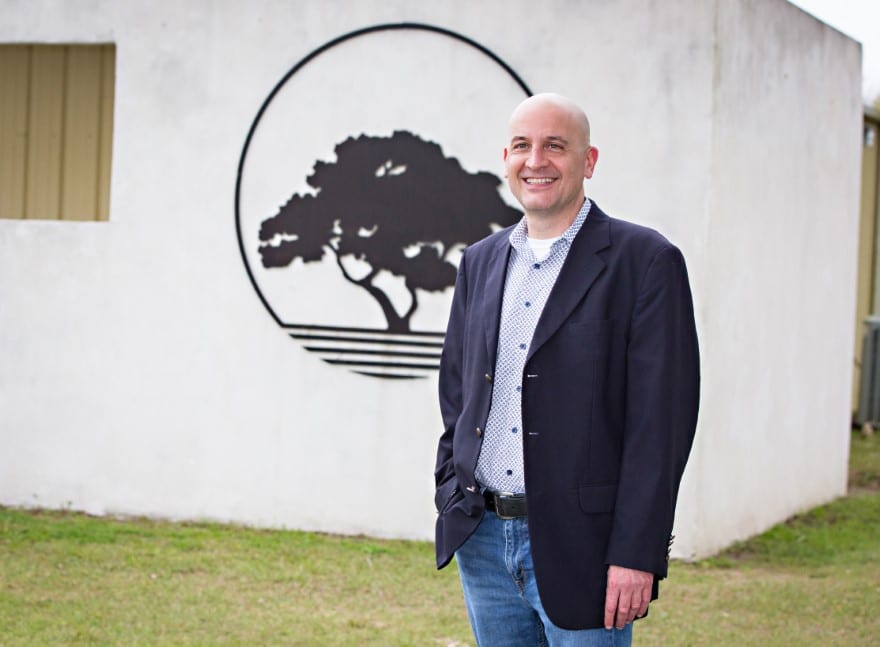 As Sunland Construction’s general counsel, Dan Schwarzenbach can’t operate a marsh buggy. But he does know what it takes to insure it and properly manage the risk of its operation, and that’s every bit as crucial to the company’s bottom line.

“I’m a little unusual for an attorney in that I’m also a chartered property casualty underwriter,” he says. “I have to have the CPCU designation because it allows me to understand the complexities of insurance from the viewpoint of the insured. Managing construction projects is managing risk, and the insurance program that is behind the risk is crucial to Sunland’s success.”

Based in Eunice, Louisiana, family-owned Sunland Construction was founded in 1974. The company installs pipelines on land and in water for energy companies throughout the U.S. The capability to perform pipeline construction in the marsh and shallow water is one of Sunland’s specialties.

“Pipeline construction is a unique industry, you can’t look at it through any other lens,” Schwarzenbach says. “And likewise, with insurance, you can give an insurance policy to a layperson or generalist lawyer and ask what is covered in the policy, and they probably won’t know for sure.”

Being a CPCU has enabled him to recognize the nuanced nature and complexity of insurance policies and how they work. 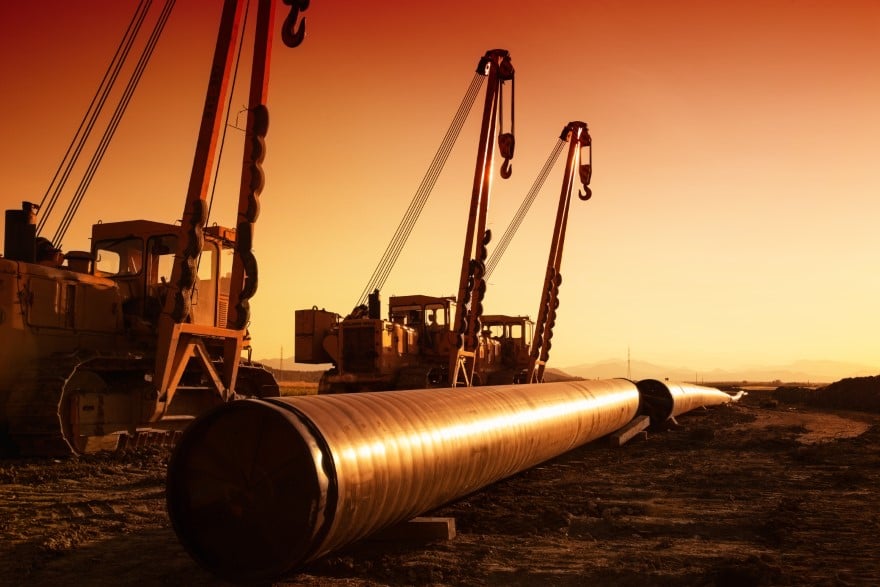 Additionally, if there are problems, Schwarzenbach can also handle coverage disputes and administer insurance claims for Sunland, he says—no matter how difficult or unusual.

“Responding and resolving coverage disputes with insurers and managing the claims adjustment and settlement process is an area where critical reasoning and the ability to put forth sound arguments come in handy,” he says.

Sound arguments do not always work against Mother Nature, but Schwarzenbach still has to prepare for what weather may come, and if crews will need to get out of harm’s way.

“We do have to worry about hurricanes and floods, he says. “Those contingencies have to be negotiated on the front end. You have to be ready to demobilize, protect the assets, and move people quickly in and out. You just can’t take out one piece of the project and not have disruption elsewhere.” 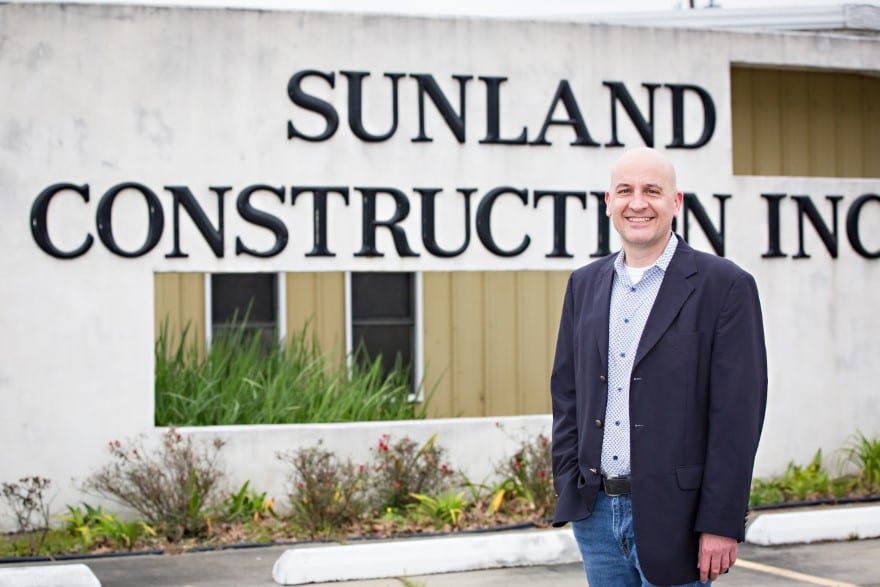 And while a marsh buggy can clear a path in the marsh, no one’s ever quite sure of what it can uncover, he adds.

“We always have to be concerned with underground obstructions,” Schwarzenbach says. “Pipelines have been laid throughout the United States for many years. Some are active, some aren’t, and there’s no one comprehensive repository showing where they’re exactly located.”

Still, not all work is done with in-house resources.

As is common in the pipeline industry, Sunland relies on subcontractors for areas of work such as horizontal directional drilling. In any given project, there may be many trade or service subcontractors working on the work site, each bringing people and equipment, which is a risk,” Schwarzenbach explains.

So he and paralegal Danielle Marcantel set up a management program for each subcontractor that must be followed before they mobilize to the project. A lot has to do with the subcontractor having an acceptable safety record, contract for services, and of the correct type insurance and minimum limits. Marcantel, who has been with Sunland for seven years spends about 40 percent of her time administering the program.

“If I had 10 people like her, I could conquer the world.” Schwarzenbach says.

Schwarzenbach and Marcantel make up the legal department though outside help is called upon from counsel and other service providers, especially Sunland’s insurance broker.

“All of the significant issues are going to hit my desk, but my role is also as a liaison with the outside counsel, insurers and others, connecting dots, anticipating problems and making sure everyone is on the same page. That’s really my job,” he says.

A Louisiana native, he earned his bachelor’s from the University of New Orleans in economics and was administrative and safety manager at Wink Engineering when he decided to pursue a law career.

“I just felt it was a calling and the planets aligned for me,” he recalls. “I was 32 when I started taking night courses at Loyola University New Orleans College of Law. I really got lucky and enjoyed the heck out of it.” 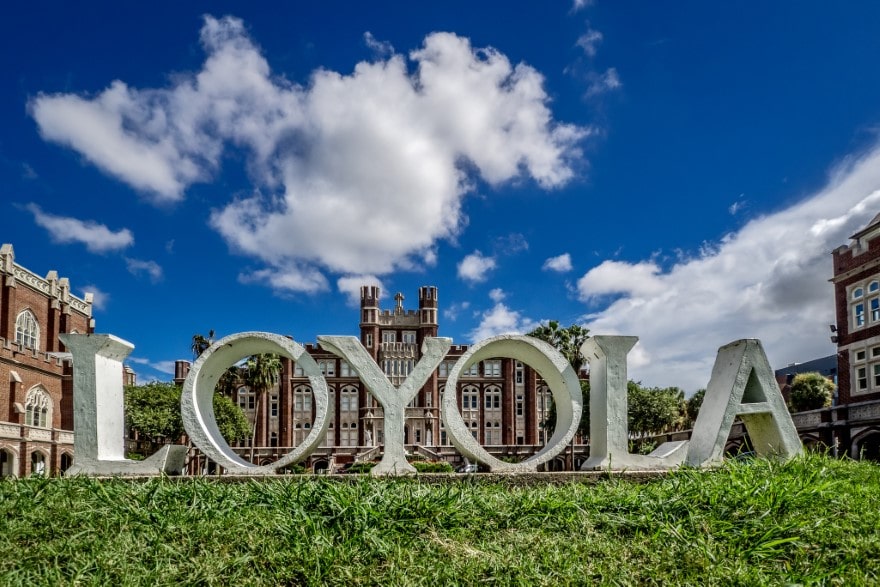 “Luckily, Wink saw the value in creating the in-house counsel position with someone who had in-depth knowledge of the business and safety. I have been on that non-traditional path as in-house counsel and adviser ever since then” he adds.

While in-house work has suited him because he sees a greater need for business and operational generalists, being a liaison between management and everyone else is not always easy.

“Managing expectations and timelines with others and not taking on too much at one time is a real challenge for me,” Schwarzenbach says. “I have to listen as much as I talk, and I have learned to slow down and not jump too far ahead of things.”

And after he does, the marsh buggy will roll on. 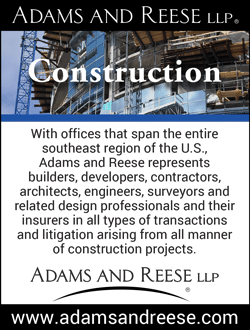 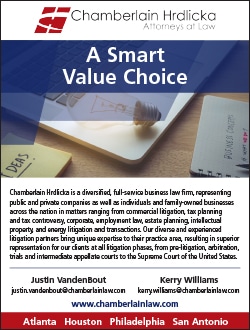 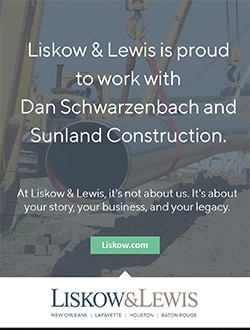