When most people retire, their first move is to do something relaxing—a beach vacation or that trip to Paris they’d put off for years.

After retiring as chief legal officer at Cineplex, she spent 11 days snowshoeing on a 150-kilometer route crossing the Arctic Circle on Canada’s Baffin Island. For the first half of the trip, gale winds blew as she trekked through snow and ice. On day six, the winds stopped. Fitzgerald basked in the silence that followed and found the special wisdom that comes with perseverance.

“Going to Baffin was the perfect demarcation for me between full time at Cineplex and my next chapter,” she says. “That kind of outdoor challenge is what I needed to stop running at full speed and just focus on being present.” 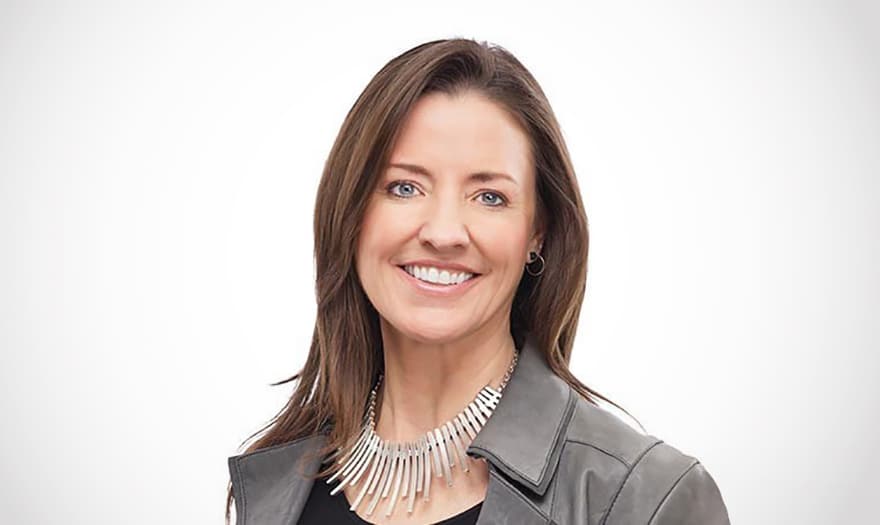 The experience underscores the kind of tough, engaged and present thinker Fitzgerald is in her personal and professional life.

She was hired by the Canadian entertainment company in 2004 on a one-year contract to oversee the acquisition of the movie-theater chain Famous Players. She didn’t expect she’d stay for nearly 20 years to manage everything from acquisitions to building the company’s legal department.

Looking back, she’s glad she did.

“My time at Cineplex was constantly changing as the company was diversifying and that kept work interesting,” Fitzgerald says. “Just when I was getting ready to retire and we were settled on selling the company, the deal we had on the table cratered. It was a crisis I knew I needed to help see the company through.”

Beginning with acquisition of Famous Players, a deal that required Fitzgerald to negotiate with the Canadian government to comply with anti-competition laws, the next 18 years went spent handling everything from contracts and compliance to mergers and lawsuits.

Then, in 2020—right as she was contemplating retirement—life threw a curve ball with the COVID-19 pandemic. Fitzgerald found herself in brand new territory: she and her team had to protect a company that wasn’t allowed to operate. 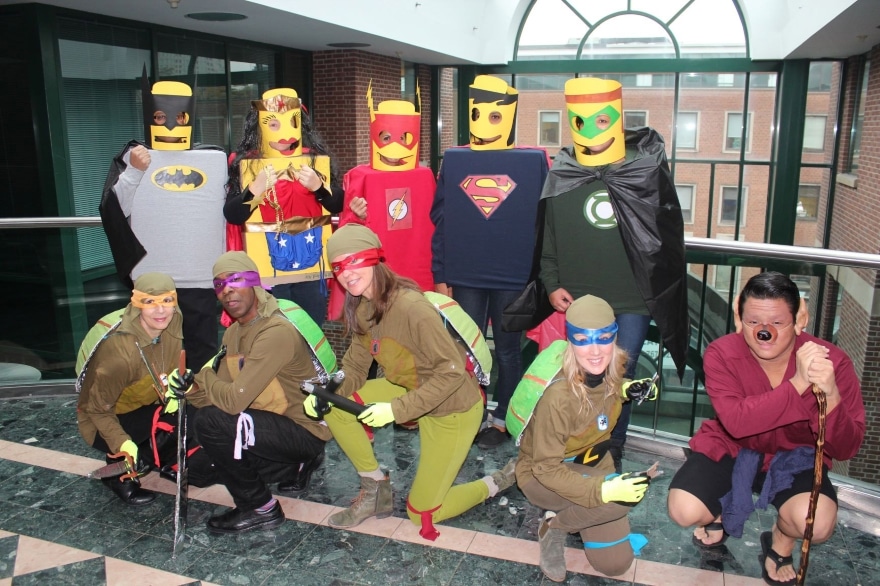 When the pandemic hit, local health measures forced all Cineplex theaters to close, some for almost a year. Fitzgerald’s team was challenged with restructurings, refinancing and negotiating lease deals with every landlord the company works with.

More challenging was that in response to the pandemic, Cineworld, a similar company in the U.K., tried to back out of its planned acquisition of Cineplex.

“Our contract with Cineworld specifically stated that if a pandemic hits, Cineworld was still required to honor the deal,” she says. “So, when Cineworld backed out of the deal, we had to take action.”

With Fitzgerald at the legal helm, Cineplex sued Cineworld for $1.2 billion. After a two-week trial and a few months of the judge deliberating, the court ruled in Cineplex’s favor.

“Managing operations during a pandemic provided me a whole new skill set, one that I hope to never have to use again,” Fitzgerald says. “And the litigation just took me back to my beloved court roots. The billion-dollar win was a great bookend to my time with Cineplex.”

As for the future of the cinema industry post-pandemic, Fitzgerald has an optimistic outlook.

She points to Cineplex’s diversified offerings as the biggest reason the company will ultimately succeed. In addition to being Canada’s largest film exhibitor, the company operates a chain of “entertainment restaurants” and complexes specially designed for teens and families. It also operates businesses in digital commerce, alternative programming, cinema media, digital place-based media and amusement solutions.

Fitzgerald says the human need to be with other people is part of what will draw crowds back into the theater. 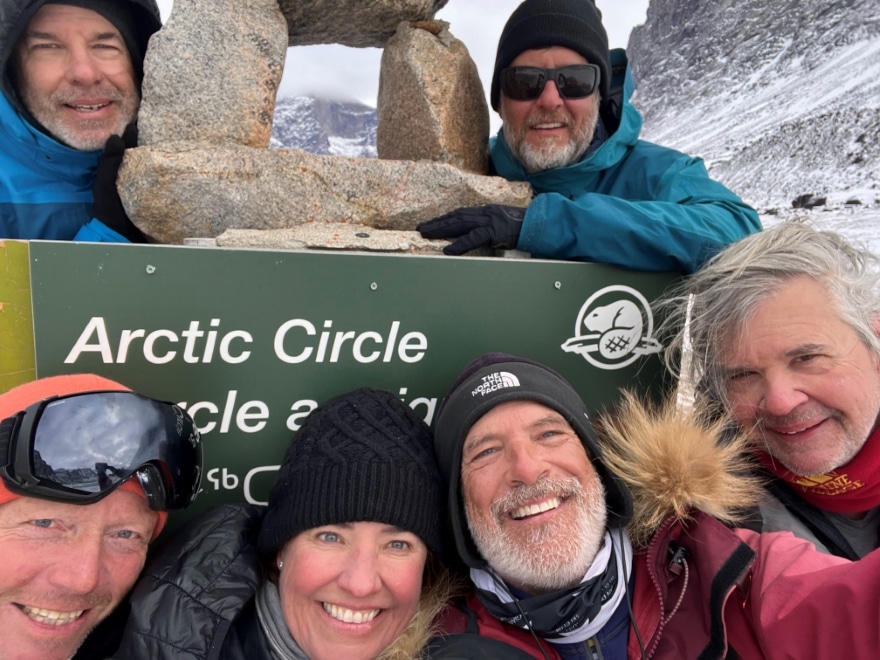 “Covid has been an interesting experiment testing human beings and showing them the community engagement we all need in life,” she says. “Ultimately, humans need other humans. There’s something to be said for collective fear and laughter.”

Fitzgerald believes her positive outlook, coupled with a drive to lift others up and enable real change, will propel her through retirement. Her plan is to continue pursuing her passion for outdoor education. She’s currently the chair of the board of Outward Bound Canada, where she has served for nine years.

Fitzgerald is especially proud that OBC funds participants who wouldn’t otherwise be able to pay. She says 80 percent of participants receive at least partial funding.

“The fact we’re able to offer this experience to kids who might never have had an opportunity to get outdoors before feels so great,” she says. “I firmly believe that life begins outside of one’s comfort zone and that’s exactly the new perspective that OBC offers to participants.”

Fitzgerald also serves on the boards of LifeSpeak Inc., Primaris REIT (one of Cineplex’s landlords) and Nova Cannabis Inc.

Fitzgerald was recently named General Cousel of the Year for 2022 by the Canadian General Counsel Awards.

She attended Duke University for both undergraduate and law school, graduating with her JD in 1990. While most of her career was spent with Cineplex, her first position after law school was at the firm Smith, Anderson, Blount, Dorsett, Mitchell & Jernigan. She also had stints as a associate prosecutor in North Carolina, chief public defender in Illinois and as an associate professor at Duke University. 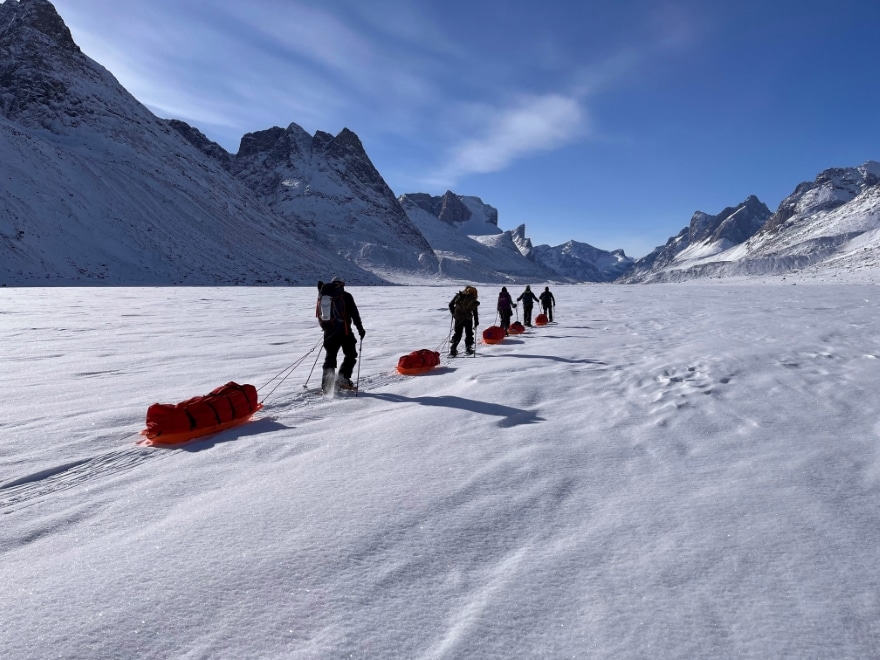 The wisdom of someone who has pursued life with vigor and strength is something that, for Fitzgerald, also manages to keep her humble. When talking about her trek in the Arctic on Baffin Island, she recalls a moment that helped her see her path forward.

“When the wind stopped mid-trek, the six of us just listened to the silence,” she says. “You could hear the blood in your head. You could hear the energy in your ears. I had never experienced that type of silence before. We were mesmerized by the grounding effect. Just that ability to be present with nothing but your body and the earth is such a privilege. If we could give that to everyone, we would be a better planet. I hope to play a small part in that.” 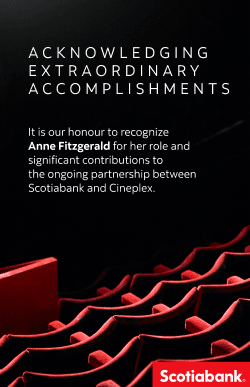 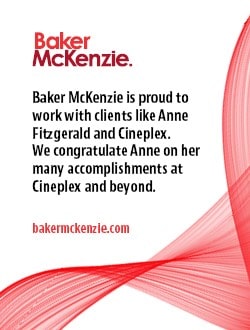 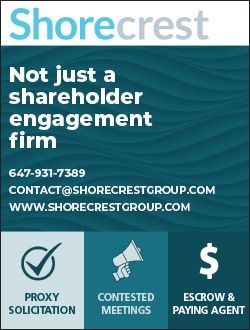