The wave of cannabis legalization is building, and Arun Kurichety is ready to ride it as the executive vice president and general counsel for KushCo Holdings.

“This is a unique industry and its challenges are wholly different from other industries, but it is exciting to see the changes and developments over the years as legalization gains traction,” he says.

Kurichety handles legal transactions such as equity financing, debt transactions, and partnership and vendor agreements for the publicly traded company serving the supply chain for the cannabis industry. 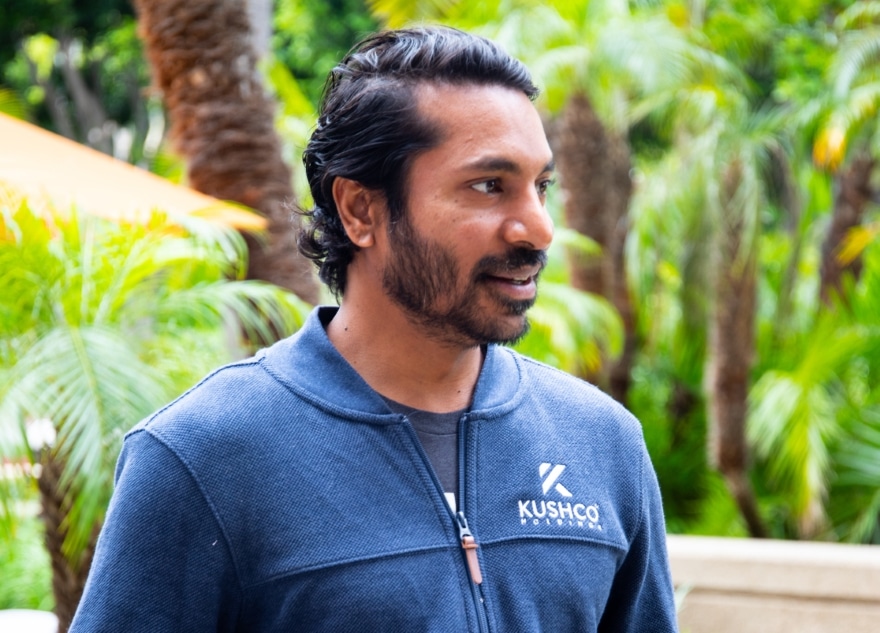 Cannabis is still illegal by federal standards, but legal for medicinal use in 33 states. Recreational adult use is also legal in nine of those states, and Washington, D.C., even though some, like Maine, have not yet regulated and implemented retail sales. North of the border in Canada, adult use of cannabis was legalized in 2018, although the ages constituting adult use range from 18 to 21 in the provinces.

Since joining KushCo, based in Garden Grove, California, Kurichety has focused on the emerging cannabis regulations throughout the U.S. and the world, providing insight to suppliers on applicable local rules. Even when states and nations have the same intent for regulating cannabis, they don’t always get to the same result, he says.

Green to be made

KushCo does not “flower touch,” the industry parlance for growing, testing, or packaging cannabis plants, but the burgeoning company handles nearly everything else that comes with legalization and regulation domestically and internationally. The holding company is an umbrella of services that aims to be a single source for cannabis companies through Kush Supply Co., The Hybrid Creative, Kush Energy, and Koleto Innovations.

“We started as a cannabis packaging company that focused on consumer safety, and have kept that focus throughout our expansion,” Kurichety says. 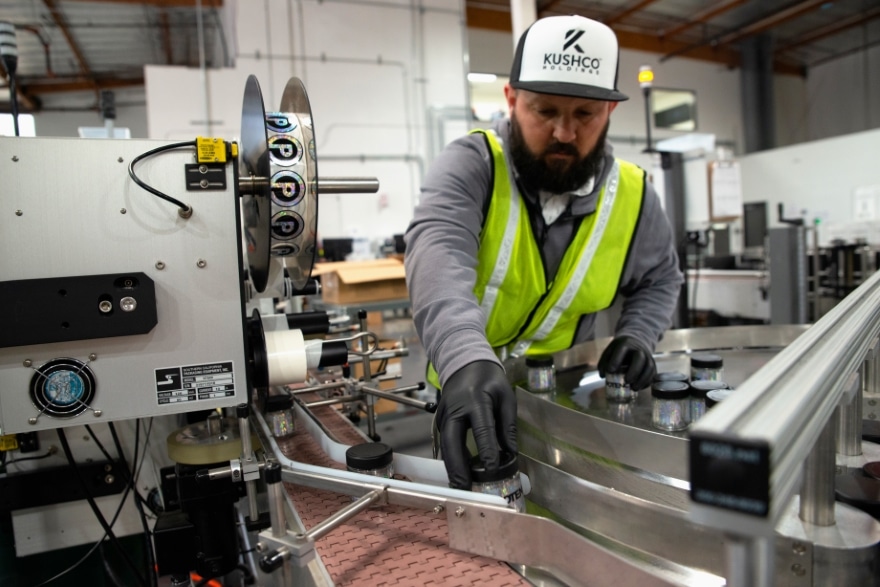 As the industry develops, so does the way cannabis is ingested. Throw out the vintage images from Cheech and Chong flicks, and memories of using double albums to clean away seeds and stems. Oils and edibles are in, bongs aren’t necessary. In fact, no one even needs a lighter to use cannabis now, but KushCo distributes them, and rolling papers, too.

KushCo wholesales the bottles (with child-resistant caps) to hold cannabis. It provides the cartridges and vaping devices that are an alternative to smoking. The vape growth trend, as well as the solvents, gases, packaging, branding and marketing KushCo specializes in, boosted company revenues from $32 million for fiscal 2018 to expected revenues in excess of $100 million for fiscal 2019.

“The industry is constantly evolving and we stay ahead of the curve by staying close to our customers and understanding their varying needs,” Kurichety says.

KushCo is also expanding its boundaries internationally, Kurichety says. He sees Canada as the prime source for sales growth, and has visited the U.K. and Spain as legalization ramps up on the other side of the Atlantic.

Though the cannabis industry is growing more corporate, Kurichety hopes it will remain diverse as it expands to ensure the common goal of legalization includes different perspectives.

“As the stereotypes about cannabis users fade, and cannabis use becomes more mainstream, the industry needs to be represented by everyone,” he says. 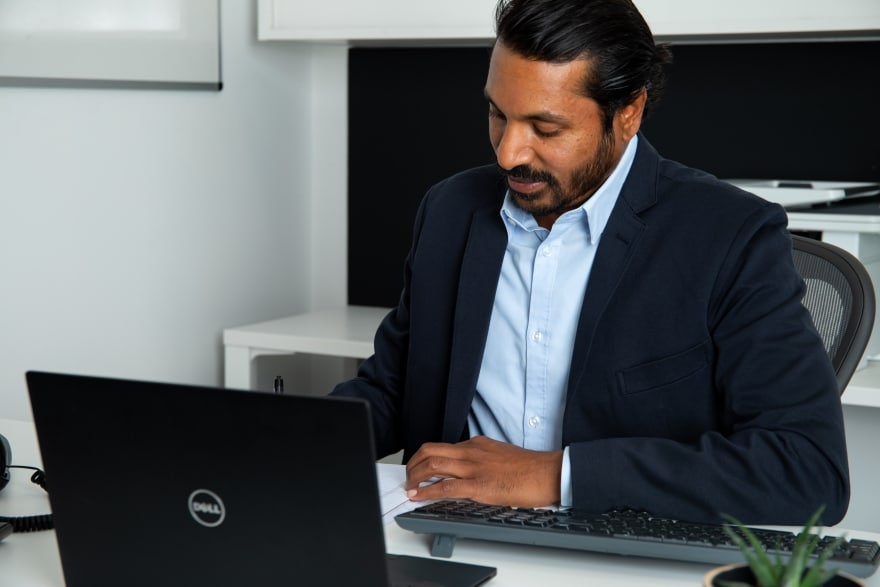 Cannabis remains illegal, including for medicinal use, in 17 states, although some have reduced the criminal penalties associated with it. To Kurichety, it is a matter of when, not if, those states reform their laws. It also presents questions about how it will be legalized. Will it be done piecemeal to allow medical use first? Will the reforms be complete from the start to allow adult recreational use? He says state leaders may see the tax revenues in other states and go for full legalization.

Kurichety recently met with elected officials in Washington, D.C., about legalization and came away feeling hopeful, but realized that there is still a lot of misinformation being spread about cannabis.

“I am really passionate about the industry and it is important for everyone, especially legislators, to be fully informed. I still do not understand how products such as alcohol, tobacco, and opioids are legal, while cannabis is not, and it is still stigmatized,” he says.

A native of St. Louis, Kurichety studied government at Harvard after deciding against pre-med, and earned his Juris Doctor from Washington University School of Law in St. Louis.

He began his career as a corporate lawyer specializing in restructuring companies, before joining the cannabis industry to provide legal guidance and support to a variety of cannabis companies. Through these experiences, he learned first-hand about the supply chain, and developed his desire to be a part of its links.

“I started down this path advising cannabis clients, but with an interest on the entrepreneurial side,” he says. “I joined KushCo because it is a solid company and I could see it was set for success.”

The in-house work of navigating regulations, contracts and making contacts all over the world suits him.

“It is fast-paced and you have to adapt because things are always changing. But we work as a team to set a plan, and then it’s the ‘let’s do this’ mentality as we execute,” Kurichety says. 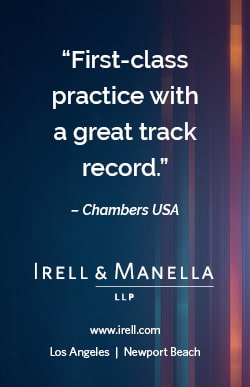 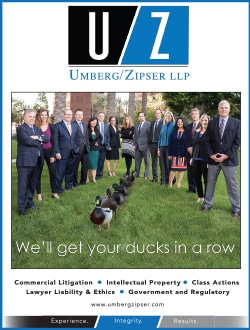 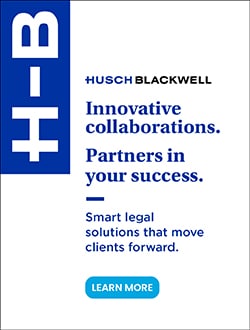