Ever wanted to own a private jet? Something top of the line like the Learjet 75, sleek and feature packed, a few used models on controller.com that will set you or your company back around $7 million?

It might be too pricy for you to own exclusively, but maybe you’ve got a buddy, several or even 15 who would like a piece of such luxury. Fractional ownership, as they say in aircraft circles. 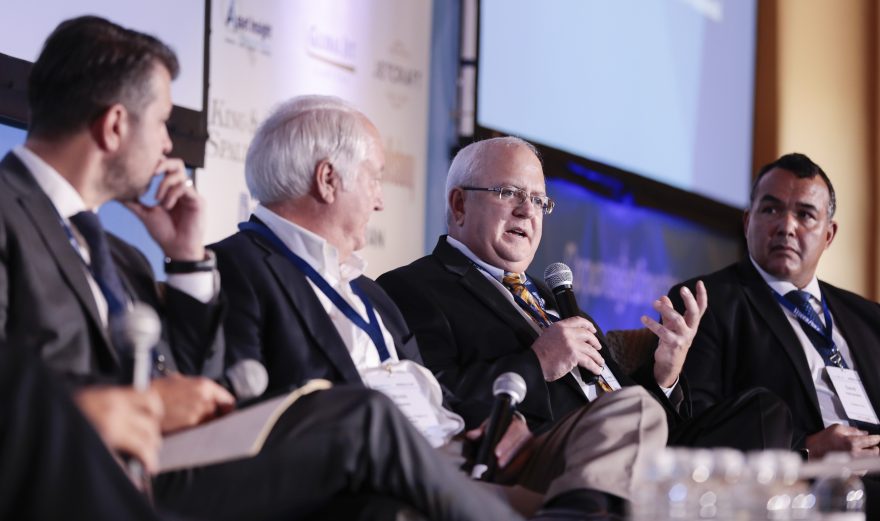 Sounds enticing enough, but this isn’t a used car you’re dealing with, advises Bruce L. Marshall, a gregarious man who, since early 2014, has combined years of legal, aviation and cybersecurity expertise in his roles as general counsel and executive vice president at AIC Title Service, which registers, documents, insures and facilitates the private sales of civil aircraft at its Oklahoma City headquarters.

Before that aircraft gets off the ground it had better be registered, insured and safe from cyber thieves flying under the radar of a lot of unaware folks and possibly even the Federal Aviation Administration, he reminds. And should you or any co-owner want to sell a share of the plane, the whole registration and insurance ordeal takes off again.

That said, Marshall tries to bring savings, simplification and security to the civil aircraft industry. He’s had more success than most people in his business, and shares credit with his employer, whose farsighted approach might be the industry exception.

“I saw from a client’s perspective what AIC could do,” says Marshall, who got to know the company well in his prior role with Bombardier Aerospace Corp. and its Flexjet division. “And I became a hero to my old company when I saved them a fortune. I want to do the same for others.”

Working out of Dallas for Canadian-based Bombardier between 2005 and 2014, Marshall’s responsibilities included finding a registration and title services provider. In the post-9/11 world, the costs of that—and anything aircraft-related—had soared. 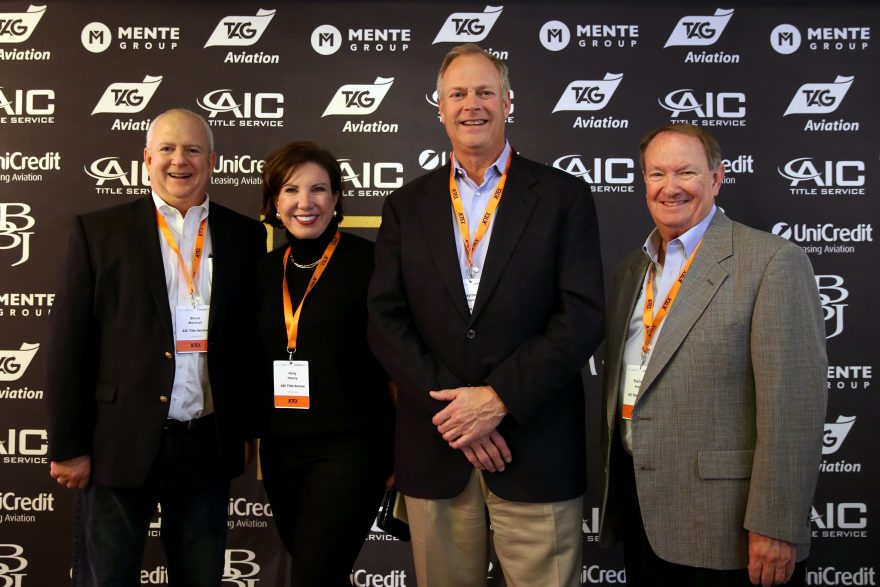 Despite its long-term relationship with an Oklahoma law firm, Flexjet was looking at a 500 percent increase in aircraft registration costs, as well as high state and federal taxes that the company felt were unjust. Seems everybody wanted to charge extra for the fractional system that enabled up to 16 individuals to share a plane’s ownership or leasing arrangements.

As Marshall explains, he assembled a team that analyzed all the aircraft escrow, registration, and title service providers in and around Oklahoma City, the only U.S. locale where the FAA registers civil aircraft. AIC, with its cutting-edge technology and savvy executives, stood out.

“AIC was very computerized; they could produce in 24 hours what took other companies two weeks by cutting and pasting handwritten notes,” Marshall says. “I was really impressed and Clay Healey, AIC’s owner, told me, ‘We’ll build you a system to manage fractional registration and you can try it out and then decide whether or not you want to buy.’”

When AIC presented this type of proposal and assumed all risks, Marshall saw no reason to meet with other providers. Flexjet benefited with better services and lower rates, and Marshall turned his attention to tax issues, successfully managing two cases challenging state and federal levies that affected the entire fractional aircraft industry. Millions of dollars in taxes paid were refunded and Marshall would go on to be feted by the Greater Dallas and Texas legal communities.

But flash forward to 2013, when Bombardier announced it was selling its Flexjet operation, and now Marshall was applying his legal skills to enable a transaction that would put him in a transitionary stage of his professional life.

Only not for long: AIC being duly impressed with his specialized know-how, snapped him up. The Marshall family’s Dallas area home sold quickly and they crossed the Red River to resume life in the Sooner State.

And Marshall was back in the industry where he’s most comfortable. Last year he was awarded the First Chair Top General Counsel Award, given annually to in-house lawyers for outstanding contributions to the U.S. legal community.

There’s irony in how the aircraft industry operates, Marshall tells Vanguard. Pilots and passengers expect planes to be outfitted with the safest technology and indeed they are. Yet the FAA seems stuck in the dark ages, its technology and practices lagging behind a forward-thinking company like AIC.

“It can be a big challenge, having to work with a government agency that operates at a much slower pace,” he says. “They just don’t have the resources, computer power and technology to keep up with what we can do to make the process so very more efficient.”

While AIC has long expedited transactions of all kinds via high-tech, the FAA only warmed up to the idea of using digital signatures in 2016, but found it lacked the capacity to accept such authorizations on a PDF file. 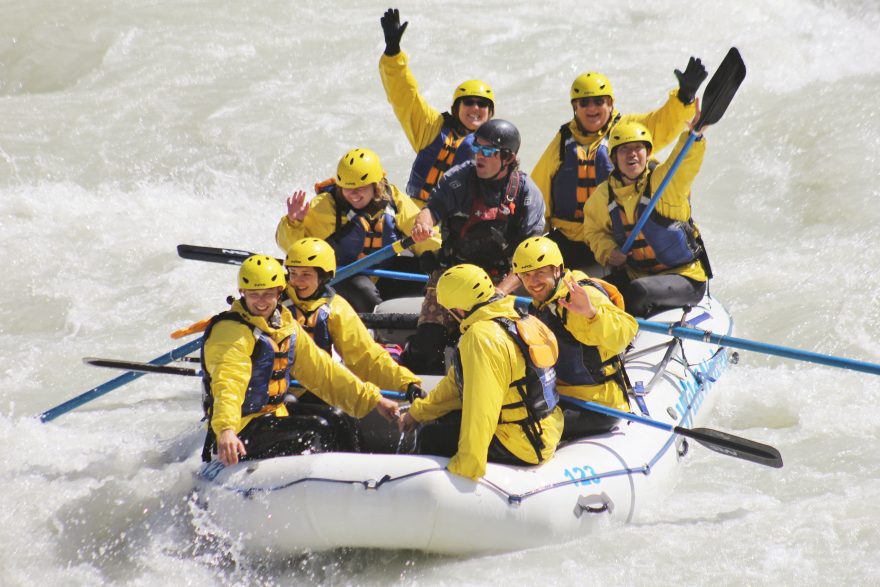 “The FAA took it to the goal line but couldn’t score, meaning we had to print out forms and give it to them,” Marshall says. “But when you do that, you lose security. They (FAA) don’t realize the opportunity for fraud; there’s no way to validate a signature under those circumstances.”

And fraud is a real threat in the fractional airline industry, Marshall emphasizes. After all, a process that might require 16 authorizations from the plane’s owners alone is vulnerable to systemic cracks that AIC—but not the FAA—has all but eliminated through its Aircraft Closing Room® that utilizes Blockchain and other technology, spreading  sensitive data across thousands of servers, rendering it impossible to reassemble without a code.

“We’re closing aircraft transactions, and think of all the data we have to safeguard,” Marshall says. “We hold the money for plane transactions and all the documents, leases and liens. Hackers look for the weakest link but they won’t find it here.”

In 2014 the hackers did find weak links in the communications among Oklahoma law firms and title and escrow companies that didn’t include  AIC. When the FBI brought the industry together, it touted cybersecurity practices identical to AIC’s as what should be the industry model.

This past winter found Marshall in London for one of the world’s largest business aviation conferences, where he addressed the topic of cybersecurity and the aircraft industry, his theme being that only fools would attempt to rob a bank. Smart criminals operate in cyberspace where the rewards are greater and the risks fewer, Marshall warned, explaining that weak links can be many during transfers of aircraft ownership.

“Aircraft brokers are replacing Oklahoma City law firms and escrow and title service companies as a ‘weakest link,’” he warned. “Many brokers only conduct business from their cellphones and do not employ adequate cybersecurity measures.”

As a licensed agent for Avsure, an aircraft title insurance company, Marshall is also a passionate advocate for this insurance product in aircraft transactions involving both lenders and buyers.

“It’s amazing how many people obtain title insurance on their homes, yet fail to do so when purchasing an aircraft costing many times more than their homes,” he says. “It just doesn’t make sense.”

Not too many years ago, Marshall saved his company registration costs and the fractional aircraft industry taxes. Much more is at stake from hacking, advises the Michigan State University law grad. Marshall keeps his guard up, but knows of a lot of folks who don’t, thus leaving an industry at risk. 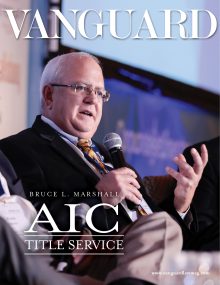 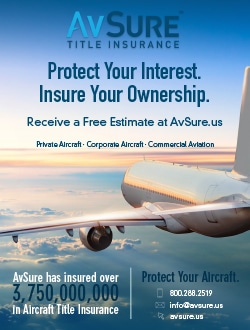 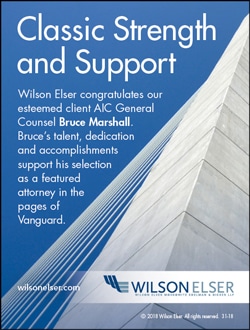