As a fan of TV’s popular legal shows like Perry Mason, L.A. Law and Suits, Darrell Nathaniel Bridgers had a romanticized view of the justice system and lawyers. Still, he understood at an early age that the real-world legal system wasn’t always fair.

When he and his 13-year-old friends were running down a popular hangout street, they were let off with a warning after being accosted by Philadelphia police officers. His high school friend, Edmund “Eddie” Perry, who attended the prestigious Phillips Exeter Academy with him, wasn’t quite as lucky. On a different occasion, Perry was killed by an undercover cop in Brooklyn before his 18th birthday—and before his admission into Stanford University. 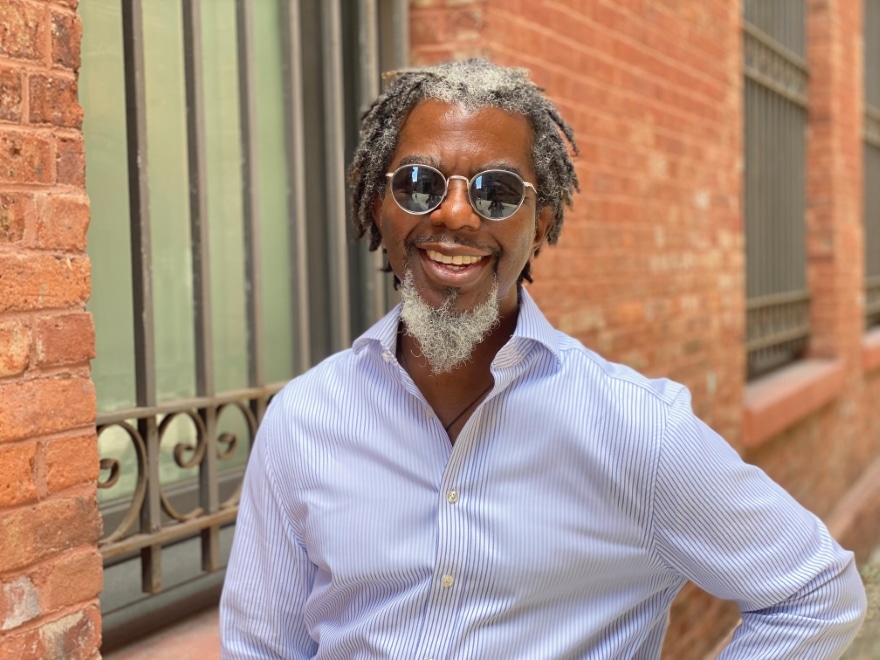 “After such experiences, it was hardly a surprise that I gravitated towards a formal, legal education, partly as I thought it was the best way to protect myself and my family,” he says. “My background certainly seems incongruent with someone who went on to attend Phillips Exeter Academy, Stanford University and Columbia Law School.”

He graduated with a bachelor’s in psychology from Stanford University. While there, he participated in a summer studies program at Oxford University involving linguistics and how people think and communicate. Later, he’d apply what he learned through legal work and teaching, which he did after graduation for three years in Pasadena, California, through Teach for America.

At that organization, he met lawyers who were advocating for at-risk children after an incident between one of his Black male students and a fellow teacher violently escalated—solidifying his interest in law. After law school, he worked at two law firms from 1997 to 2005. By 2015, he’d shifted paths, however, and become the managing director in banking, capital markets and advisory at Citigroup Global Markets Inc. This financial services firm has remained his employer for nearly two decades.

“Citigroup gave me the chance to combine all the expertise I had built up over the years, including my teaching skills,” Bridgers said. “I was now at the helm of a team of four lawyers and four paralegals and used my position to ensure they excelled in their roles and careers.”

To help team members advance professionally, Citigroup required Bridgers to conduct semi-annual reviews for those in his group—but he always felt that something more was needed.

“Meeting twice a year isn’t nearly enough and these reviews, while important, were very one-sided,” he says. “While I believe I was providing helpful feedback, I wasn’t getting enough honest feedback from those I was leading.”

During a brief business tour in London, he came up with Tea Time, an open invitation for anyone on his team to freely discuss with him their thoughts, concerns, frustrations and career aspirations—all they need to do is book time on his calendar. His only caveat? That the discussions take place away from the office, an approach he based on his psychology background and years of teaching to make the conversations comfortable and informal. 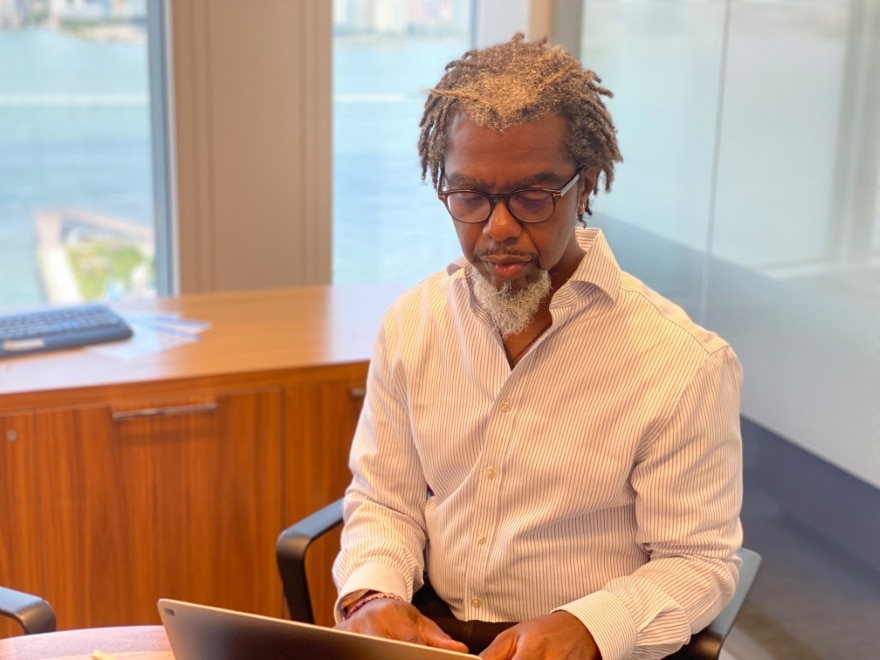 Throughout his 17 years at Citigroup, these conversations have helped him place team members in roles best suited to their professional development goals.

“I believe these efforts have directly led to better morale as well as a more engaged and productive workforce, because people are sharing more about what they need to grow and succeed—giving me a chance to provide exactly that,” Bridgers tells Vanguard.

From tea to diversity

This got him thinking about how he could be supportive on a broader scale through development and promotions of under-represented groups at Citigroup. He considers his employer to be a progressive one but feared that in some corners of the institution, there was a possibility for misconceptions and misperceptions regarding promotions.

“Citigroup’s continued DE&I efforts, in terms of recruiting and especially promotions and retention, hold special significance to me,” he explains. “As one of the few Black men in a leadership role in this industry, I’d rather not be an exception.”

Today, he says he’s proud to work for an employer that was one of the first to publicly disclose its pay equity data to show how it is addressing the pay gap. In 2018, Citigroup created representation goals for several levels, from assistant vice president to managing director, for Black talent in the U.S. and women globally. Earlier this year, the company announced it had exceeded those goals, and recently publicly announced its expanded representation goals for additional markets and underrepresented groups, with a view towards increasing representation across management levels at the firm.

To further help young attorneys, Bridgers is sharing his story outside of work. For instance, he’s writing a coming-of-age novel based on an early case where he litigated against a Co-Op where he alleged harassment and discrimination.

“The writing is somewhat fictionalized, of course, but it was a cathartic experience,” he says. 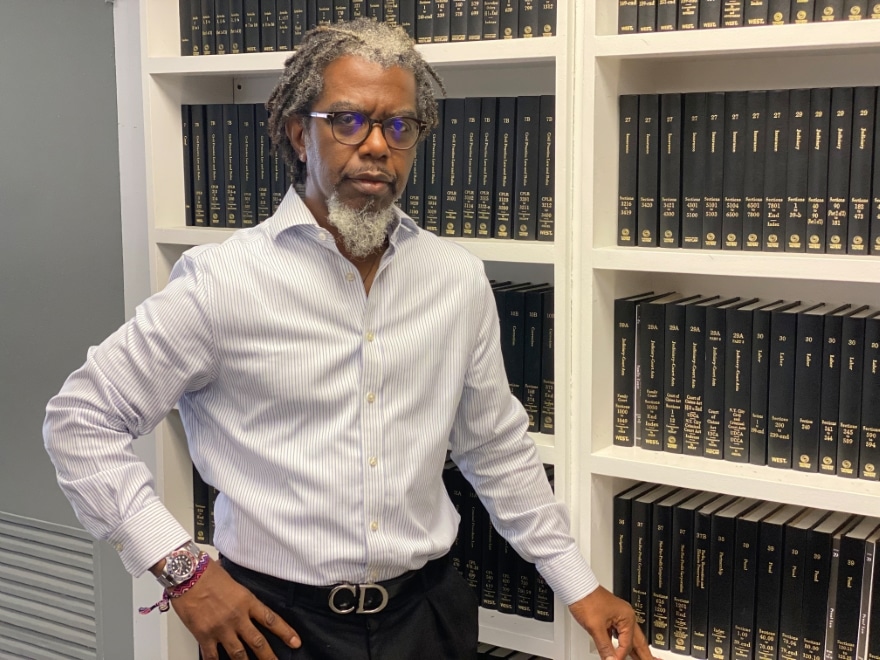 While not included in his novel, he credits a lot of his success to the positive influence of his aunts, uncles, mother and grandmother. He adds that, as a good student, he also benefitted from the boarding school Phillips Exeter Academy, which he attended through A Better Chance program; it provides scholarships for academically accomplished minority youth.

He says that life is good with one recently graduated and one college-bound daughter and a home in New York City. A music buff, he’s also taking more time out to hone his singing and guitar skills while playing in a fusion band.

“In whatever I do—music, work or volunteer efforts with children and the homeless—my focus remains on diversity and creating inclusive environments,” Bridgers says. “Yet, I feel like my journey is just beginning, since I’m still exploring ways to inspire other legal and business professionals to be the best for themselves and the clients they serve.” 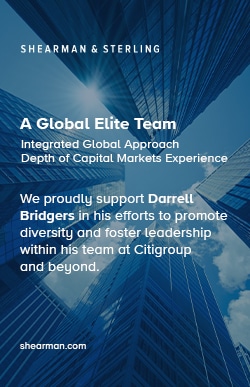 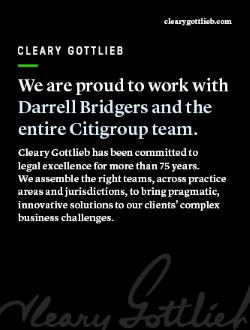