When it comes to selling high-tech helicopters worldwide, it’s safe to say the pile of regulatory paperwork to meet requirements of multiple countries is—excuse the pun—sky high.

Just ask Donatella, Leonardo Helicopters’ head of legal operations. She’ll tell you that every day the Italian multinational company specializing in aerospace, defense and security operations has 5,000 helicopters flying in more than 180 nations. Headquartered in Rome since 1948, it also supports a network of more than 100 service centers globally. 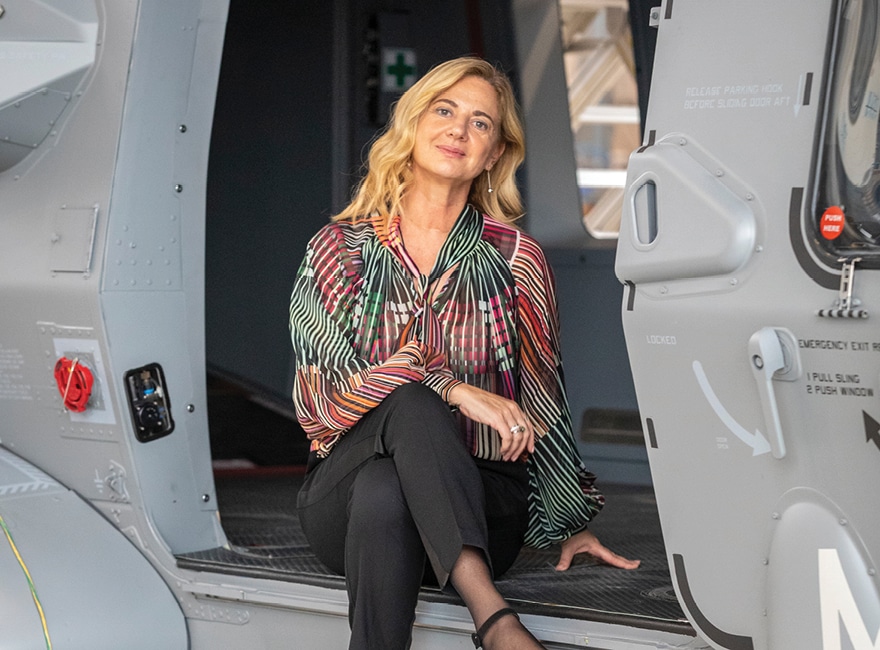 With all new products coming into the market in 2020—such as the AW609 tiltrotor, which is far faster, more maneuverable and higher-flying than conventional helicopters—Donatella is bracing for brisk business with an anticipated expansion in the U.S. market.

“I don’t feel overwhelmed by the piles of documents I have to read; it is my job and I am curious to learn new things by reading. As the business expands globally and the customers from all over the world wish to apply their own laws as the law of the contract, I have to manage with different rules and regulations,” she says. ”It is amazing to discover that most of them are based on principles developed in ancient Roman law, which in Italy we study at the first year of law degree course at our university.”

Born in the USA 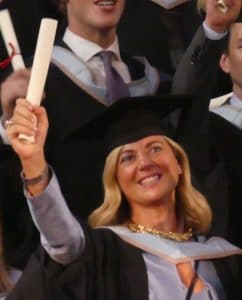 As one of the world’s top 10 players in the aerospace, defense and security industries, Leonardo has been the top global manufacturer of civilian helicopters since 2018.

Active in Italy, the United Kingdom, Poland and the United States, Leonardo not only has the largest product range for civilian and military applications available, but it’s also introduced the largest number of new products to the market in the last decade—contributing to a third of its overall revenues.

So what does that mean for business in the United States?

Donatella says Leonardo USA is leading the civilian market, producing the highest revenues generated from deliveries of civilian helicopters in the US in 2018. Supporting 600 employees dedicated to the helicopter business, it also operates a production facility and flight school in Philadelphia and Whippany, New Jersey.

Pilots and technicians are trained at its wholly owned company AgustaWestland Philadelphia Corporation. There, certified pilots are trained in a redeveloped warehouse with flight simulators.

“Regardless of any modifications, all newly-manufactured models must meet all governmental specifications from a municipal to national level worldwide—and that must all be documented in contracts,” Donatella explains. “Not to mention, you need highly-skilled pilots to fly them.”

Given the sensitive nature of its design work and contacts, Donatella is also involved in the main transactions of its U.S. division.

That includes a recent collaboration with Boeing, which involved working with the Air Force’s UH-1N helicopter replacement program.

Under the agreement, the base platform for the new Boeing MH-139 helicopter uses Leonardo’s AW139 model—one of the most versatile helicopters in its fleet.

“I had to deal with a complex contractual structure involving the government, Boeing, Leonardo and suppliers,” she says. “There were many pieces to the puzzle.” 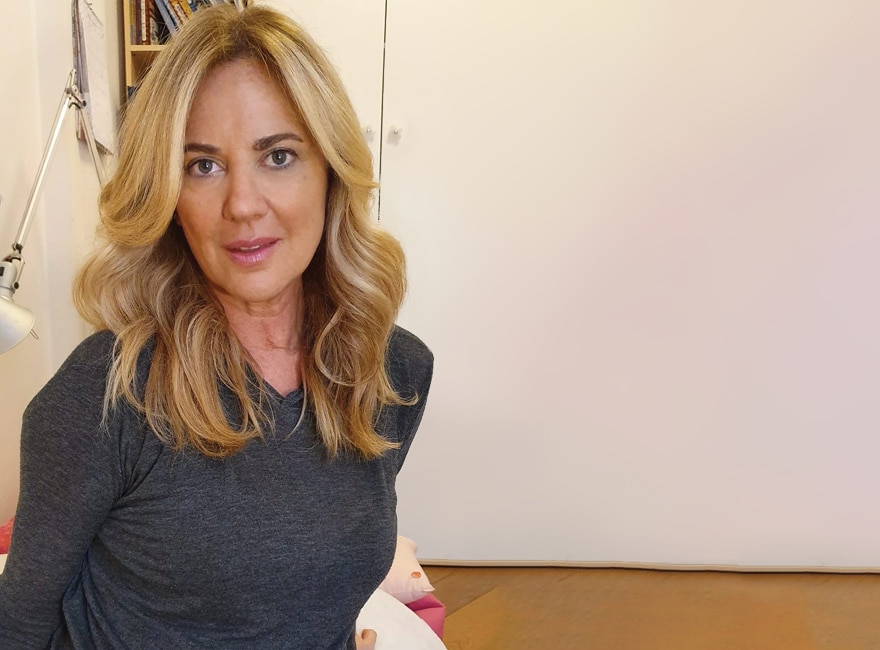 Another important U.S transaction was the purchase of the BA609 helicopter from Bell in 2011. Leonardo continues this collaboration for certain parts purchased from Bell. The delivery process is expected to start at the end of 2020 for this addition to Leonardo’s vertical lift market, aimed at the civilian aviation market, VIP customers and offshore oil and gas operators. Now known as the AW609, the twin-engine tiltrotor is currently in its last stages of development and in its flight testing phase.

As Donatella explains, Leonardo’s new product features the first civilian certificated tiltrotor that allows the helicopter to fly up to nine passengers vertically, in a pressurized cabin, up to 25,000 feet. Able to reach 270 knots over ranges of more than 600 nautical miles, it’s a powerful package that can move faster than conventional helicopters.

“The new technology was totally embedded in all the legal documentation,” Donatella says. “This gave me considerable experience in working alongside technical people in engineering and operations.”

As Leonardo Helicopters’ chief legal counsel, Donatella assists the top management of the company in negotiations and finalization of national and international contracts for helicopter sales and service and works along with Leonardo corporate for mergers and acquisitions (M&A) operations and for litigation relevant to the helicopter division of Leonardo. Her other duties include financial transactions, IPR matters and other legal issues.

“You have to know your company business model and culture from many perspectives, including operations and strategy. You aren’t only focused on resolving the single case, you must identify potential legal issues on any transactions, having a 360-degree view of the company’s mission to prevent any associated risks. You have to find solutions and not only to highlight legal issues,” she says.

Donatella is well-versed in both legal and business matters, having earned her law degree at Rome’s Luiss Guido Carli University in 1992, adding a post-degree training course in civil, criminal and administrative law in preparation for the bar examination in 1996, a private course given by an Italian professor. Licensed to practice in Italian courts, she also earned an executive MBA degree this year from Hult International Business School in London.

“I try always to challenge and push myself outside my comfort zone toward growth, setting new goals,” she says. “Close to my 50s, I earned my latest degree MBA, which required some sacrifices, but it’s been a great experience. Now I’m starting Spanish as my fourth language.” 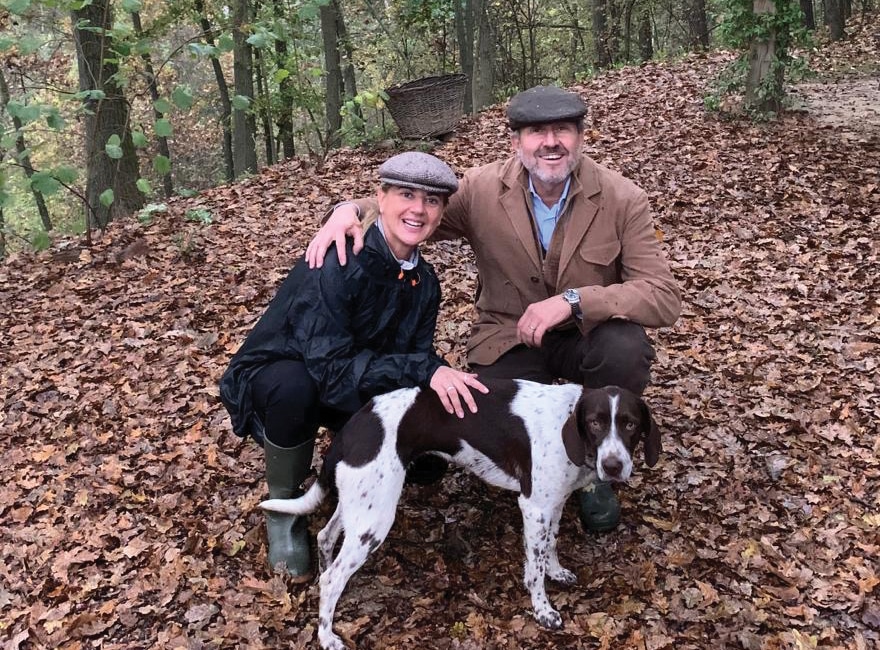 “I am not afraid to show my emotions and vulnerability. Within an organization authenticity is important to build trust with your colleagues,” she says. “It’s also important to know when to say, ‘I don’t know’ and to reach out for help.”

For Donatella, satisfaction comes from solving and negotiating new sets of circumstances, seemingly on a daily basis.

“Success is 50 percent knowing your skillset and 50 percent being a people person whatever the circumstances,” she says. 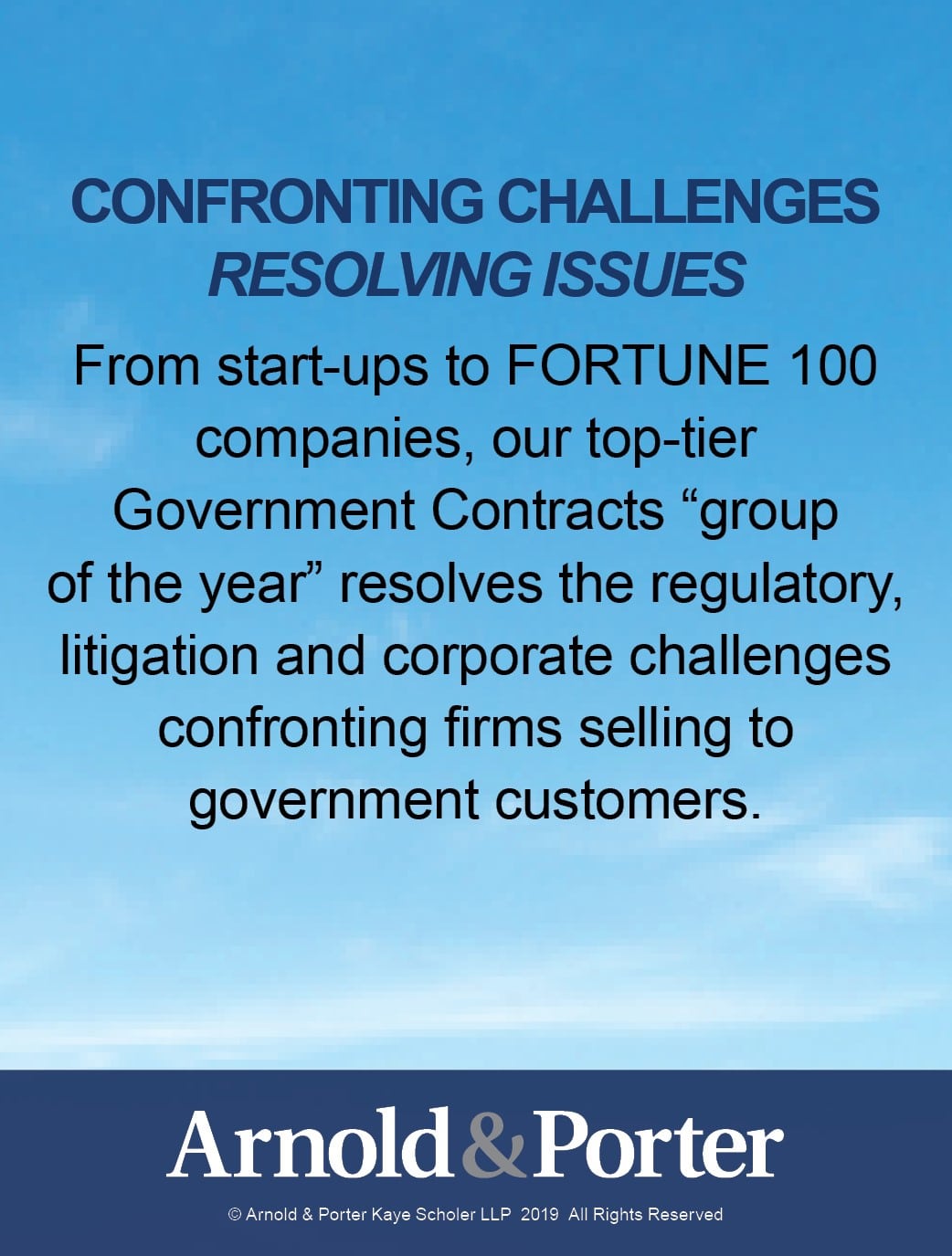