When you stay in business for nearly 200 years, you’re bound to grow. And growth, while a sign of success, has its risks—new markets have pitfalls that can swallow underprepared companies whole.

In the case of Bureau Veritas, a global leader in testing, inspection and certification (TIC) services to over 400,000 businesses in 140 countries, every new market pursued and service offered poses some level of risk. 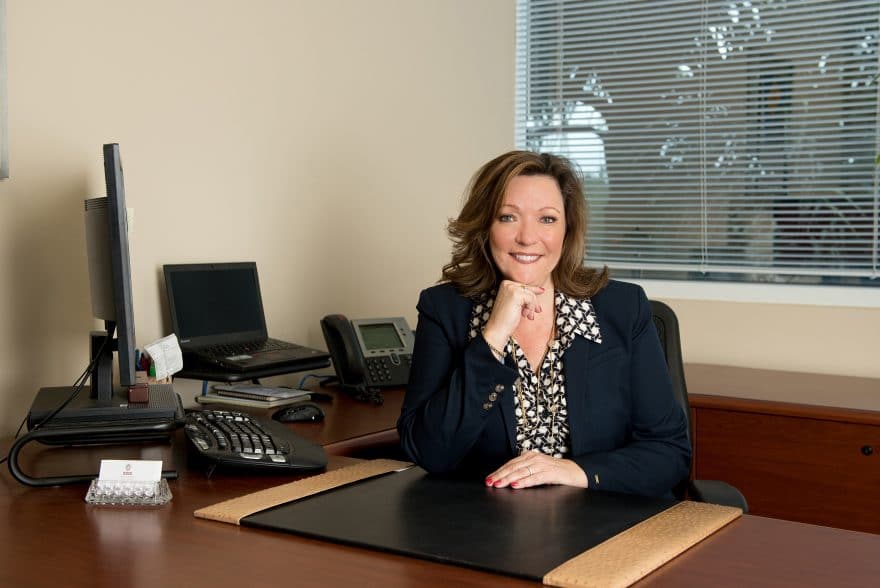 The company conducts safety and regulatory inspections in over a dozen industries, including construction, oil and gas and food service. Regardless of the sector, Bush says the goal is the same.

In its North American operating group, which includes the Caribbean and part of northern Latin America, the 189 year-old company relies on its legal team, led by General Counsel, Heather Bush, to not only defend it in court and draw up tight contracts, but also to train associates to set clear expectations with clients.

Bush, an experienced litigator, has been with the company since 2005. She became GC of the North American Industry and Facilities Division in 2008 and has been general counsel, vice president, secretary, and compliance officer of its North American Operating Group since 2016. More a business partner than strictly a lawyer, Bush’s efforts have helped the company grow fivefold in North America while cutting litigation costs in half.

While she won’t take all the credit, Bush says the legal team’s biggest contribution to the company is its risk management training for sales staff, project managers and executives. The team travels to various locations throughout the region and delivers presentations on how to set clear expectations when pitching services that include testing, inspection or certification for everything from food manufacturing facilities and construction sites to oil refineries and power plants.

Bush says the presentations are her and her team’s favorite part of the job. “I love to have an audience and the whole team is a little bit theatrical,” she says, laughing.

During the training presentations she teaches staff to be clear about what services Bureau Veritas will and will not provide. “If you tell clients what services you’re going to provide for them, honestly and up front with a clear scope, then you set expectations for the client and in the end make them happy,” she says.

Carefully-worded scopes of service and contracts benefit the client, who may not be well versed in testing, inspection and certification standards. For example, Bush says there’s a big difference between promising to review the plans and specifications to “ensure all design parameters are met” as opposed to “review plans and specification for compliance with local building codes.” One promise is almost impossible to fulfill and the other is an industry standard.

If miscommunications or gray areas crop up, Bush encourages employees to communicate with clients to “prevent an incident from turning catastrophic.” And if those employees need guidance on how to reach out to clients, Bush says they all have her number. “I know a lot of legal departments are scary black holes that no one wants to talk to, but I can tell you that’s not my team,” she says.

Abbie Fuchs, a partner in Harris Beach, which provides outside counsel to Bush, attests to this: “Heather is a brilliant businesswoman and always well aware of her audience. She can articulate her expectations in a way that helps the attorneys working with her improve.”

Good communication keeps the company organized and informed as it grows organically and through acquisitions. Bush says one of the most exciting new markets for Bureau Veritas is inspecting infrastructure projects involving bridge and roadway construction.

“Our government is looking at investing in the infrastructure of the United States that has been largely neglected for the past half century.”

Bureau Veritas will also make sure these work sites are safe for workers and patrons, and that the impact to the surrounding community and environment is minimized.

“Our government is looking at investing in the infrastructure of the United States that has been largely neglected for the past half century,” she says. “Those are huge markets for us because clients need a set of eyes and ears on the project to determine if things are being constructed or manufactured in accordance with the plans and specifications.”

Bush says her legal team will play an important role in crafting bids for requests for proposals (RFPs) on these projects. The legal team must make sure that when Bureau Veritas agrees to inspect a project, it doesn’t assume too much liability, but at the same time it can’t refuse all liability or be too inflexible because it could lose the job.

“I’m negotiating to get the best contract possible, but I’m mindful that if I push too hard on things that aren’t deal breakers, we could be perceived as a partner our clients don’t want to do business with,” she says.

Establishing a balance between protecting the company and making good business decisions defines Bush’s role. When she isn’t training business staff or negotiating better contracts, she defends Bureau Veritas in litigation. Though litigation looks, on the surface, like a purely legal duty, Bush says it helps the business grow by defending its reputation.

Bush is completely opposed to a trend in U.S. ligation of settling cases for the cost of defense just to save money. Though she’s pragmatic, she thinks it’s essential to defend the company’s name in cases where it’s not at fault.

“If I’m settling cases just for cost of defense money, then it looks like we’re doing something wrong,” she says.

Juggling legal and business duties isn’t a chore for Bush, who says she refuses to limit her or her team’s role to a silo. The common denominator to everything she and her team does—whether internally or for Bureau Veritas’ clients—is service.

“I’ve instilled in my staff that we’re customer service for the businesspeople, we’re here to serve them.”