Securing the future of rural communities and agriculture

Don’t confuse Farm Credit Mid-America with a bank, says Greg Hoffman. Farming, after all, is cyclical, and banks enter and leave the agricultural financing market when the economics make sense to them.

But Farm Credit Mid-America is owned by farmers and has a mission to serve agriculture and rural communities through thick and thin. That, he explains, is an approach different from what traditional finance can offer—an approach Hoffman enables as executive vice president and general counsel since 2018. 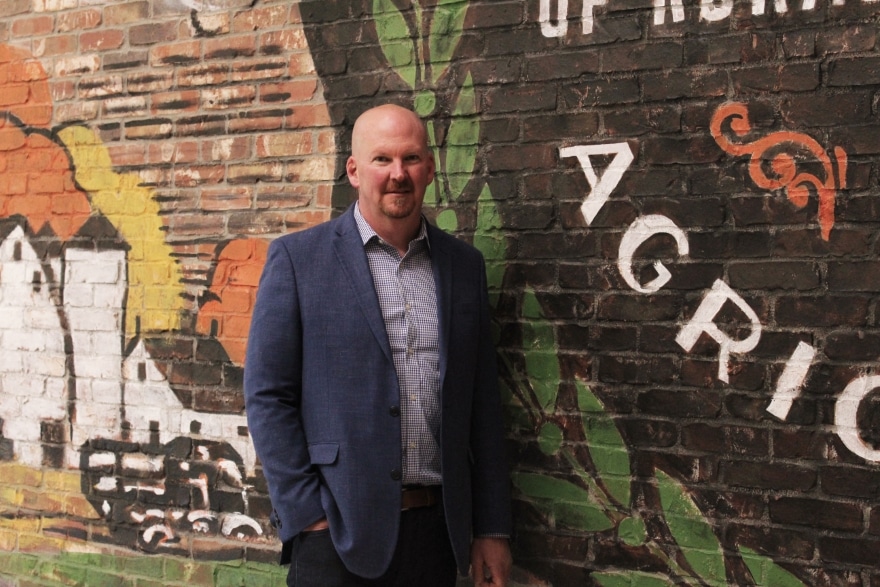 “I’ve always had a passion for rural life and the utmost respect for the role farmers play in our food chain,” Hoffman tells Vanguard in April as another planting season gets underway in Farm Credit Mid-America’s prime territory of Kentucky, Tennessee, Indiana and Ohio. “Our products are specialized for our agricultural and rural customers, and we are always there for them because it is, quite literally, all we do.”

With over $28 billion in assets, the cooperative operates as part of America’s Farm Credit System. It partners with other Farm Credit associations to provide rural home loans in their territories through what’s known as the Rural 1st program. It can also provide a farmer with an operating loan for the business, an equipment loan for a tractor, a non-conforming rural home loan for a house and acreage with barns or other structures, or a loan for crop insurance.

If the co-op has a profitable year, proceeds are returned to the farmers through patronage. In the last five years $648.5 million has been returned, $200 million in 2020 alone. Clients range from part-time farmers and rural homeowners to publicly traded agribusiness heavyweights. All may need some form of agricultural or rural home financing.

With those loans entailing higher specialization, and sometimes higher risk, Hoffman and his legal and compliance teams work with their business counterparts to make transactions a positive experience, as well as one that satisfies the concerns of the co-op’s federal regulator, the Farm Credit Administration.

Small farmers may have additional jobs in the city to make ends meet, he explains. Or they must find a way to be productive in such niches as raising free-range chickens or growing hemp, lavender or some other unique crop. More traditional family farms often create scale and efficiency through consolidation. 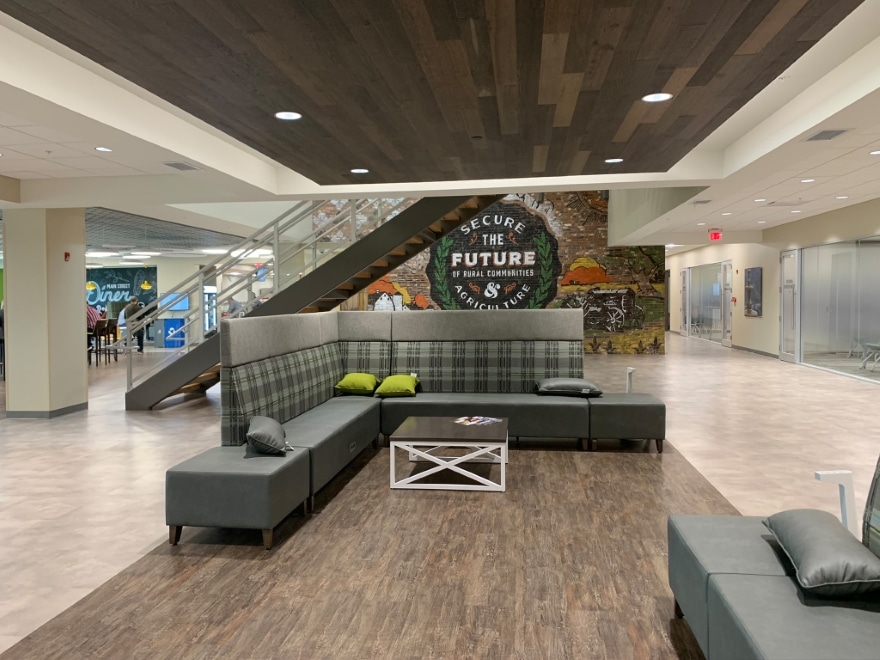 Intent on sustaining traditional agriculture and rural life in general, Farm Credit Mid-America has multiple tools to do so, including contact-free service options since COVID-19 limited personal interaction at the co-op’s nearly 80 retail offices.

An array of farm loans and federal crop insurance policies can be accessed. Same for commercial lending for food producers and agribusinesses that have production agriculture. Farm Credit Mid-America can also finance a literal home on the range for the non-farmer and advise on the most practical approach to living the rural dream.

With these services come details that need tending from Hoffman and his team of 12 in legal and about that many more in compliance. Last year, the legal team handled around 1,000 matters, transcending 26 subject areas, including third-party contracts and hundreds of complex loan transactions, and 98 percent of those matters were handled without outside counsel.

“We can’t forget that we chose to be in-house lawyers because we chose to be businesspeople,” Hoffman says. “That separates my legal team from others. They focus on the goals of the business and on the customer experience at every turn. Same holds true for the compliance team—they’re all businesspeople at heart; they just bring a little different subject matter expertise to the table.”

As does Hoffman, who, except for a couple of years as the Louisa County, Virginia, attorney, has been in-house since 2004. But not all his prime influences came from his business world experience per se.

For while Hoffman is a product of General Electric’s leadership development program, he is also a student of “intent-based leadership”—a school of thought founded by former Navy captain turned bestselling author, L. David Marquet. Generally, it’s about fostering a high performing team by assembling the right group of employees and entrusting them with more control of their work. 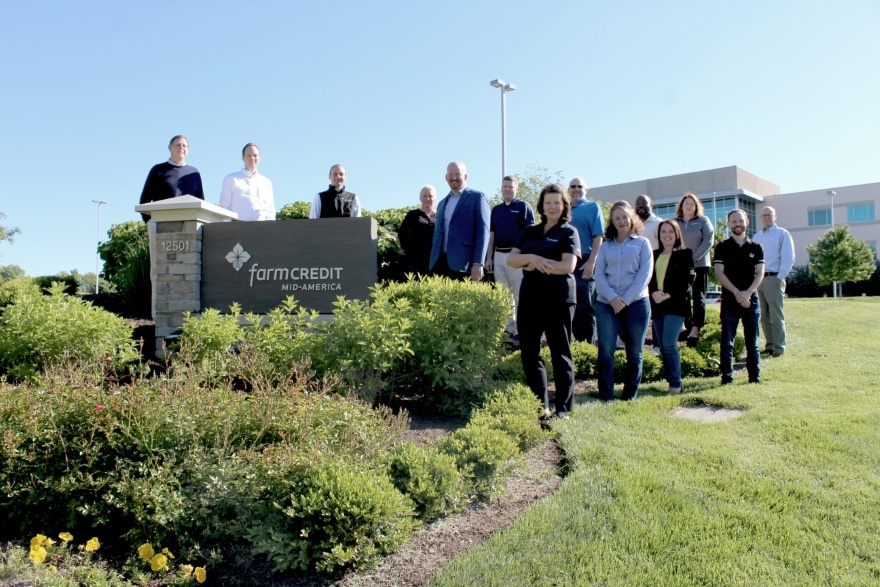 An in-house legal department rarely is the most popular entity, he says. It is often perceived as a roadblock or, worse, where deals go to die. When Hoffman came to Farm Credit Mid-America in July 2018, he recognized an opportunity to build and brand a new kind of legal team and set about helping it develop a purpose and vision.

Hoffman followed Marquet’s process, ensuring capable people were in place to accept more decision-making responsibility and that they had a clear mission, which in this case was to empower the business by collaborating with its customers and driving operational excellence.

That they’re doing well, he assures.

“All credit goes to the team,” Hoffman says. “They have committed to living our vision every day, strived to say ‘yes’ and built a department that is a model for internal customer experience.”

Back to the farm

Long before he knew of Marquet, he had a connection to rural America, his parents having operated a dairy farm in Western New York before moving to North Florida. Hoffman’s interests took a different direction, the young man opting for Embry-Riddle Aeronautical University in Daytona Beach. His early focus was on air traffic control, but with the feds freezing positions in the 1990s, Hoffman enrolled at University of Richmond School of Law, graduating in 2001 and knowing that in-house would be his destination. 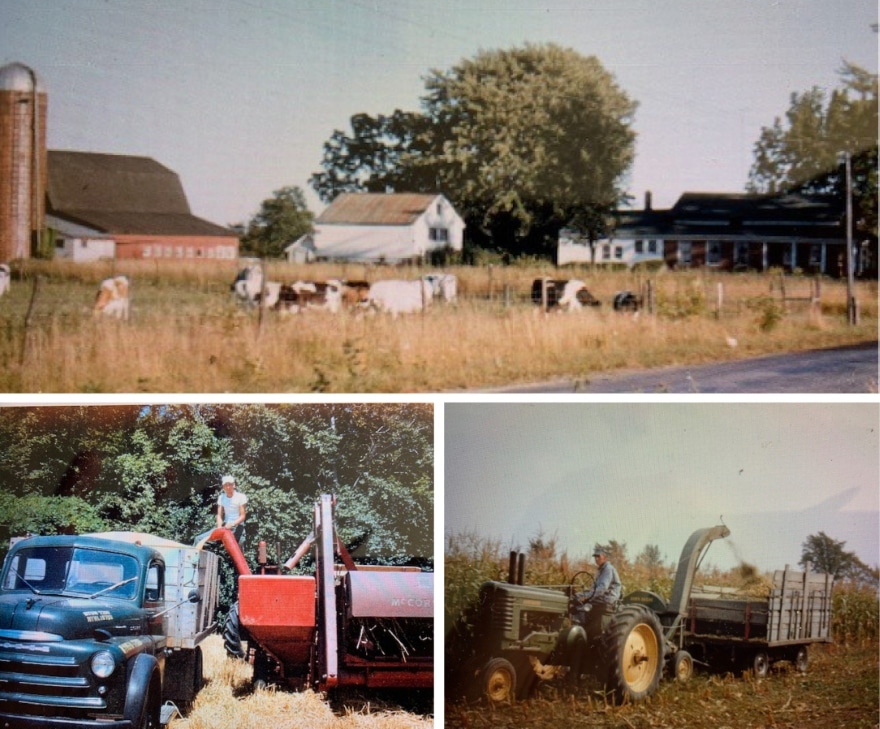 Hoffman’s family farm in New York in the 1960s

But first he honed his skills with Morris & Morris in Richmond, immersing in all areas of civil litigation. He went in-house with Whirlpool Corp. in 2004, then moved to Bankers Financial Corp. Next came Louisa County and then back to the private sector with General Electric. Upon helping GE sell and integrate its appliances division into Chinese company Qingdao Haier, Hoffman went to Farm Credit Mid-America.

“When I found out what Farm Credit Mid-America was and what it did, the purpose and mission really spoke to me,” he says. “Here was the opportunity to develop a world-class legal team with a laser focus on serving their internal customers and moving the business forward, while serving a personal passion of supporting rural communities and agriculture.”

This year’s prospects look good for the co-op and its customers, he says, mentioning an uptick in commodity prices. He’s also encouraged by the number of customers gained through new technologies such as an easy, online small-loan application and the expansion of the Rural 1st brand through partnerships.

“We are here to serve rural communities and agriculture, and our customers should always be at the heart of all we do at Farm Credit Mid-America,” Hoffman says. 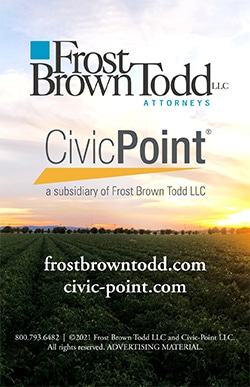 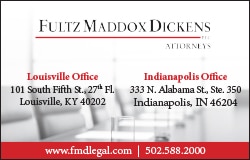 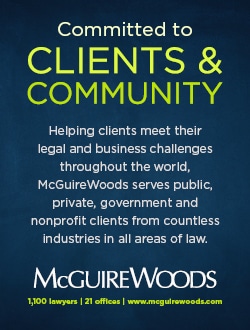