It looked like an email from the boss. It had the same address and asked for information you’ve provided before—files or information vital to closing a deal or even a funds transfer request.

So you dropped what you’re doing and responded, quickly attaching files and hitting send, showing again how you can shift priorities in the midst of a busy day. 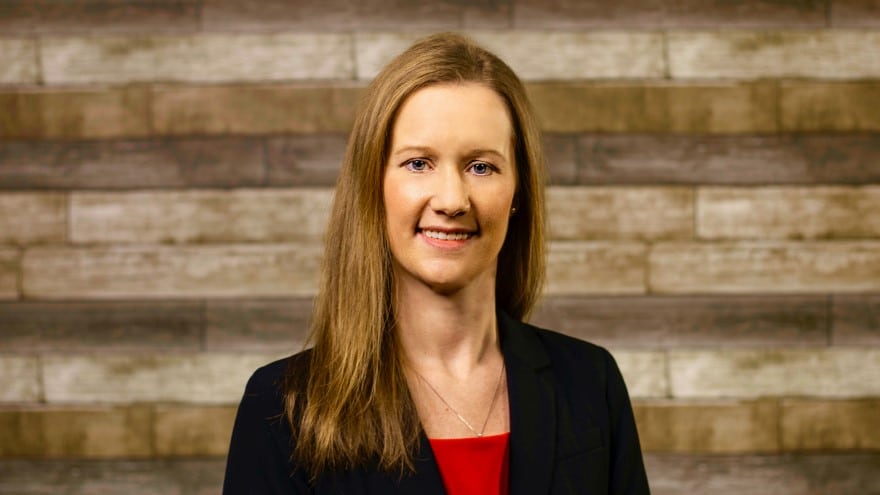 Then the system shuts down. For everyone, the boss included. It could happen in an instant or months later, says Jaclyn Walliser of InfoSystems. And if it’s months later it’s likely because when you responded to the email you gave a cybercriminal access to all of your company’s information and they immediately started datamining.

“All it takes is one person clicking on the wrong email and you’re done,” says Walliser. “The final blow is Ransomware, shutting down the company’s system. The only way to unlock it is to pay the ransom.”

If nothing else, Walliser, Infosystem’s Chief Legal Officer and Human Resources Director, knows how costly cyberattacks can be to any size business—or government. An Enterprise Ransomware report published by RiskSense, a vulnerability management firm, estimates the amount of ransomware paid by U.S. victims increased from $5 billion in 2017 to $11.5 billion in 2019.

That includes the 2019 attack on Baltimore, which cost the city $18.2 million. This paid the ransom and the collateral costs to restore systems. As Walliser says, some attacks go unreported—it’s not the kind of publicity companies need—but in 60 percent of ransomware attacks, at least some of the demanded ransom is paid.

Walliser also noted that no one is safe from a cyberattack—InfoSystems has responded to attacks from all business sectors including manufacturing, food, CPA and law firms.

Founded 25 years ago by her father, Clay Hales, InfoSystems protects small restaurants and global businesses, and looks especially to be a protection resource in its hometown of Chattanooga, Tennessee.

One of InfoSystems’ biggest challenges was reaching the right people with the message about the hazards and consequences of cyberattacks. The IT staff is not a hard sell, but they’re not often making the financial decision on buying InfoSystems’ services, Walliser notes.

So Walliser is part of the effort to take the message straight to the C-Suite, especially in-house counsels and CPAs, to not only show the financial and tech havoc Ransomware attacks can wreak, but the potential harm from suits and judgments against a company after it is victimized. 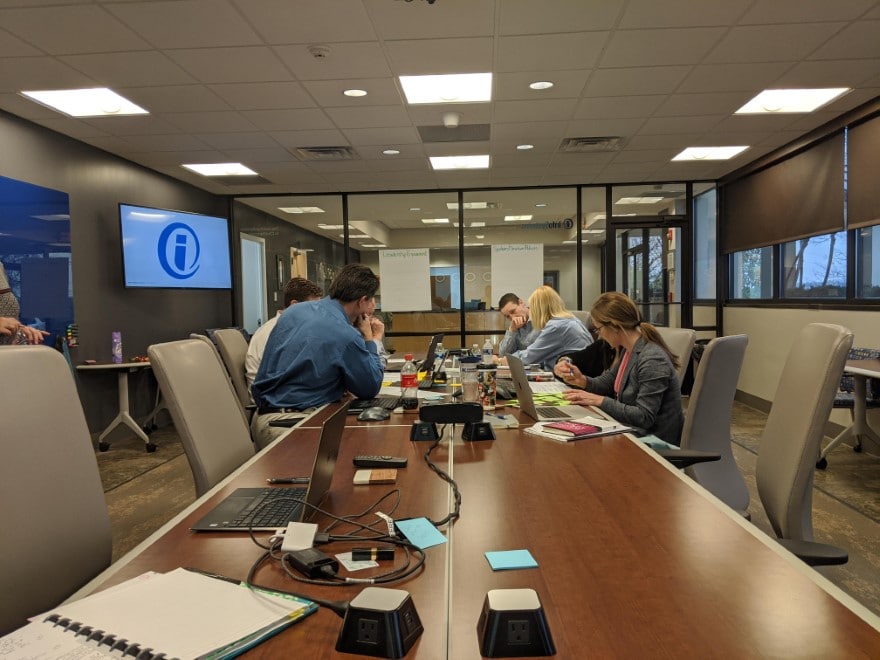 In the past, this involved “lunch and learn” sessions hosted by InfoSystems, but during COVID-19, the sessions are now virtual. Even though attendees watch from a remote site and bring their own sandwiches, Walliser says the intent is still to provide good information rather than selling businesses on the product—for instance, tips on how to spot phishing from small changes in an email address or the tone of the message.

“This is about asking ‘where do your risks really lie?’” Walliser says. “We can show them where and discuss options to take care of them, because this is risk management and mitigation.”

From free cybersecurity and strategy assessments to a suite of management and protection software, InfoSystems offers the means to keep customers safe. In her roles, Walliser helps package those services in scalable ways, while also managing the HR department and reviewing contracts.

While she’s guided the creation of two subsidiaries, she says little has prepared her or the company for COVID-19, though some workers were already remote before the virus happened. With Tennessee reopening earlier than other states, in late April, she says the business is following guidance given by the major government health agencies now that most employees are back in the office. 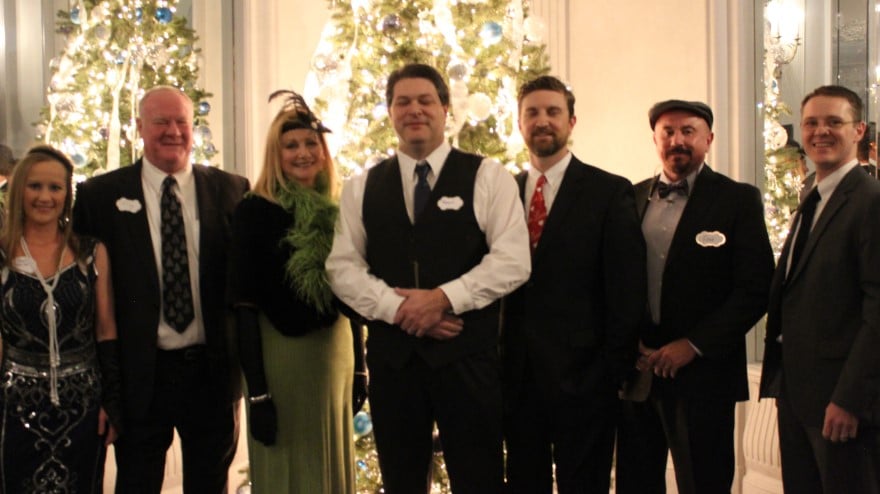 “I made sure there are signs all over the place,” she jokes. “But people are already being very respectful of everyone’s bubble and they’re thankful of the opportunity to be in the office.”

Businesses have reopened, but others may not make it through the pandemic, she adds. So Walliser says she’s also working with the sales team on the importance of staying in consistent contact with their customers and of following certain procedures for InfoSystems to have its best shot to not lose money if a customer were to declare bankruptcy.

Bankruptcy law is one of the areas Walliser handled before moving in-house at InfoSystems in March 2019. A Chattanooga native, Walliser was always interested in a law career that would keep her close to home. She earned a Bachelor’s degree in political science at the University of Tennessee at Chattanooga in 2012 and her J.D. from Regent University School of Law in 2015.

While in law school, Walliser interned for both the American Center for Law & Justice and Jubilee Campaign, working on human rights and immigration issues for the courts and on Capitol Hill in Washington, D.C. Graduation brought another shift as she practiced estate planning and elder law at Sabin & Associates in Chattanooga, then expanded into family law by opening her own firm in 2016. 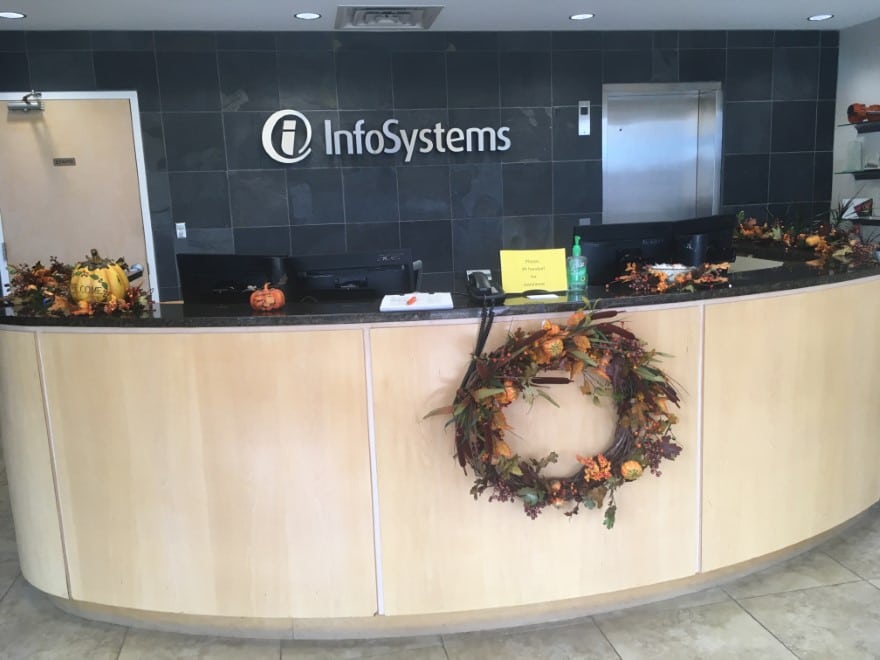 While using office space at InfoSystems, she was drawn into the company, she recalls. First, she helped resolve an employment issue, and it went so well she was soon asked to take on more work. Then, while working in her father’s office one day, he suggested she join InfoSystems as its general counsel.

“I took a month to think about the offer,” Walliser says. “I asked myself if I really wanted to give up everything I’ve built and go in-house.”

Her own practice was growing and enjoyable, but it was approaching a crossroads where Walliser had to think about hiring another attorney. What swayed her decisions was InfoSystems’ longevity, its place in the Chattanooga community and its mission to fight cyber extortion.

“This company has been around 25 years and it’s got a good ethical and moral foundation,” Walliser says. “We don’t want our community, or anyone else, to be hit by cybercrimes.” 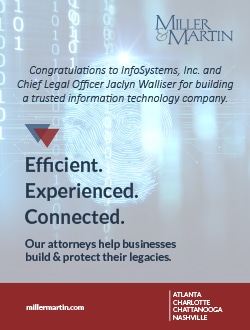