Quite the unique employer, Jefferson V. Wright used to say about Telos Corp., the cybersecurity and info security company where he’s been general counsel and executive vice president since 2012.

Clients include some of the most security-conscious organizations, among them the Pentagon, intelligence agencies, Homeland Security, the FBI and State Department, as well as large commercial companies and cloud providers. 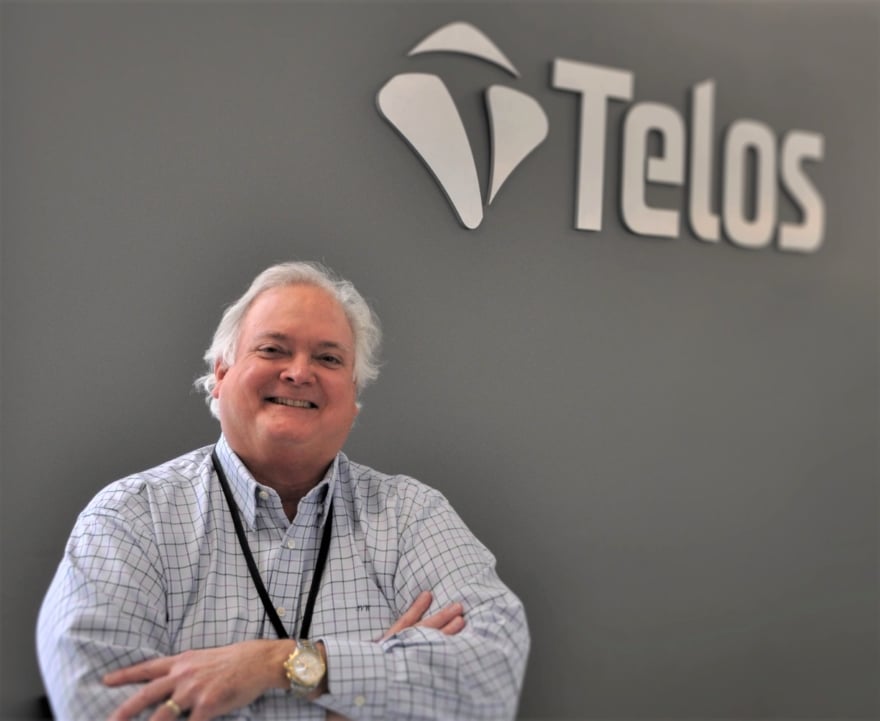 Then there was the business model that made Telos something of an anomaly, a public-private hybrid—or, in Wright’s colorful description, “an accident of corporate history.” Through a series of transactions that preceded his arrival, Telos retained the rare distinction of being a publicly traded company with privately held common stock.

“We liked to joke that we had all the burdens of a public company and none of the benefits,” he says. “Our public preferred stock remained an unanswered riddle for 30 years, and solving it was one of the main reasons I left the private practice to join Telos.”

That riddle was solved in November, when Telos tapped NASDAQ’s public equity market with nearly 15 million shares priced at $17 and which have since risen.

With Wright overseeing details, Telos could finally redeem its publicly traded preferred stock, which had been outstanding since 1989, at a 10 percent discount to full redemption value. That necessitated the approval of the majority of public preferred holders, who opted to stay with Telos through the common stock they then received.

The company also purchased the 50 percent interest held by a third party in its affiliate, Telos ID, a leading identity management company. Again, the cash came from the IPO and the investors signed on to Telos’ future through common stock they received. Telos could pay off debt and raise cash to further growth.

The project had long been among the most pressing on Wright’s agenda, what with the public preferred stock “a bit of an albatross around our corporate neck.” What’s more, investors and many employees had held common equity for decades but kept it in a box because it wasn’t liquid. Wright intended to position Telos where, through growth, it could finally get value for its investments.

In early 2021, he looked back on what he considers a career and corporate highlight.

“I’ve been involved in many, many complex trials and deals, but I can honestly say the Telos IPO is at the top of the list,” Wright says from Ashburn, Virginia. “It’s allowed us to turn the page to where we will use the fruits of the offering to aggressively grow the business and deliver our cutting-edge cybersecurity solutions to multiple new markets in the U.S. and abroad.”

And about those benefits that come with IPO status? They’re accompanied by responsibilities which Wright shares with the only other in-house lawyer, 1995 American University Law graduate Helen Oh. 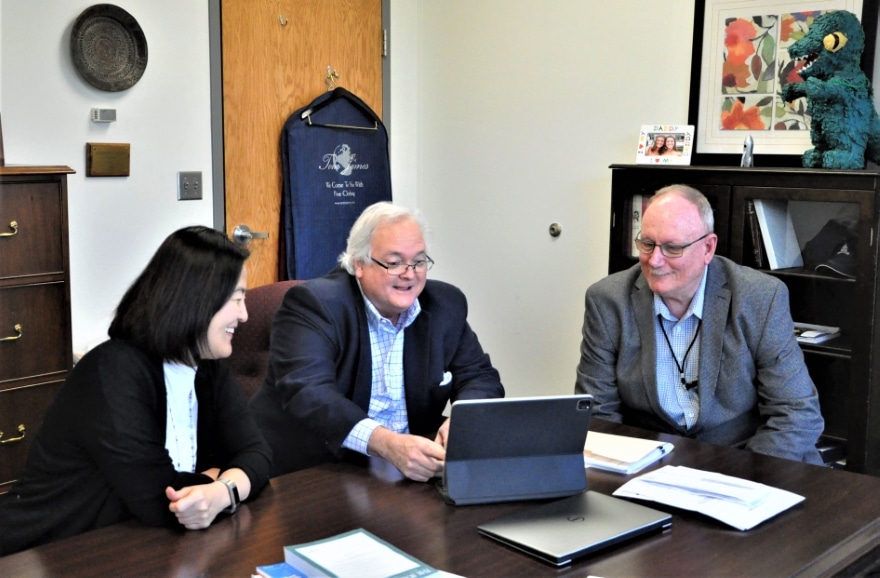 While the former hybrid model made Telos’ financial information publicly available, it now has much higher visibility on Wall Street. Compliance extends into more areas, Wright explains, with numbers released quarterly and investor relationships to nurture.

He also tracks compliance in many jurisdictions. Telos’ identity management services cover over 10 million military personnel, starting with the smart cards necessary to enter a base or log into a network. Telos offers a solution to airports, vetting the backgrounds of employees in high-security areas and is rolling out its own offering as part of the TSA PreCheck™ for passengers later this year.

As an approved FBI Channeler, it’s one of a few companies allowed to communicate with the bureau to access fingerprint data for background checks. Telos also vets U.S. census workers and will do so for healthcare workers through a new program with the Centers for Medicare and Medicaid Services. For his part, Wright helps ensure the company adheres to standards for biometrics and security.

Telos has been among the leaders in cybersecurity and compliance automation since the 1990s, saving its government clients countless hours and capital. As he explains, before a federal agency can plug a new system into the internet, it must obtain an authority to operate, a process that involves the evaluation of over 1,000 controls. The company’s Xacta® simplifies certification through automation and alerts customers when they are non-compliant.

Sometimes the best security comes from being invisible, and for that there’s Telos Ghost®, which allows users to obfuscate past the point of recognition. “If you subscribe to the theory that what can’t be found can’t be hacked, then being invisible on the internet can be very useful,” Wright explains.

Then there’s Telos’ automated message handling system, which he describes as “Google Mail on steroids”—a robust system that serves as the backbone to “official messaging” used by the military and federal agencies.

Telos is intent on expanding its commercial clientele, which currently includes such behemoths as Amazon Web Services and Microsoft. Its longstanding relationship with the feds might be the highest endorsement for a cybersecurity specialist. 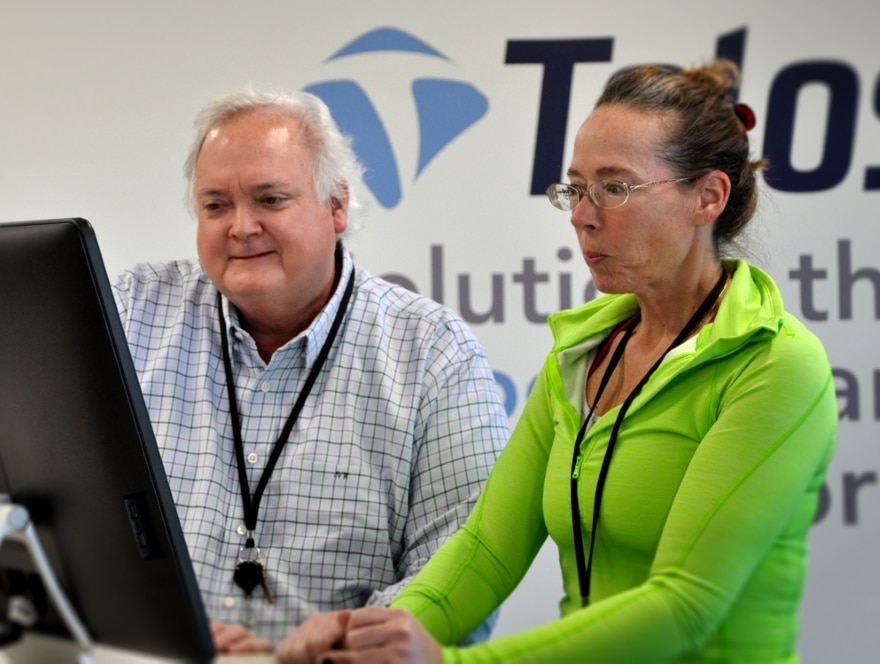 Telos Ghost, Xacta and IDTrust360© have practical uses for the private sector, and there’ll be much legal work here for Wright, Oh and a few support staffers. Contracting and channel sales development, public company and corporate work, IP protection, privacy and data compliance, and export control will be on the to-do list.

As are other matters that he can’t discuss, with much of Telos’ service catalog being classified and 60 percent of the 800-strong workforce having security clearances. Whether Wright’s among the secret handshake crowd, he won’t say, but he will acknowledge that the need for cybersecurity continues to explode, as evidenced most recently by the SolarWinds-related breaches.

“It’s part of our culture to go above and beyond for our customers,” he notes. “We’re critical to the missions of the federal government and our commercial customers, and we want them to consider us among their key partners in fending off the ever-multiplying security threats.”

“I’m a gadget guy,” he says. “Though I have no formal training in technology, I’ve been attuned to it since I was young.”

He is directly answerable to long-time friend and CEO John B. Wood, a cybersecurity pioneer who might be the longest-serving boss of a cybersecurity company anywhere, having been in that role since about the dawn of the public internet in 1994.

The two go back a long way, with Wright nurturing Telos as a client in the early 1990s during his tenure at Miles & Stockbridge, which still serves as Telos’ corporate and securities counsel and aided the IPO process. A Georgetown University Law Center grad, class of 1980, he joined Miles & Stockbridge as a business litigator in 1981. 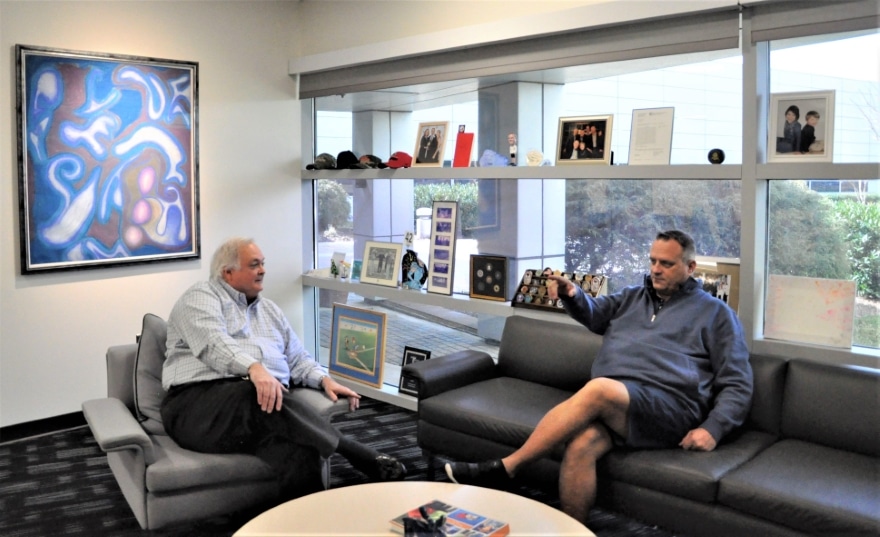 Wright distinguished himself in private practice, listed annually in “Best Lawyers” and “Super Lawyers,” honored as Maryland’s Banking and Finance Litigation Lawyer of the Year in 2013, and ultimately serving as Miles & Stockbridge’s general counsel.

Yet, after three decades in private practice, there was something that drew Wright to Telos. Intangibles, perhaps.

“Rewarding as my role at the firm was, it was consumed by delivering on the specific objectives of many different clients,” he explains. “And while service as a corporate litigator truly is a noble cause, the reality is that it most often comes down to money—either saving it by eliminating risk when your client is a defendant or redressing a wrong by recovering it if they are a plaintiff.”

Wright has since found a broader purpose.

“Telos is all about its mission to deliver and assure security on a personal, enterprise and national level,” he says. 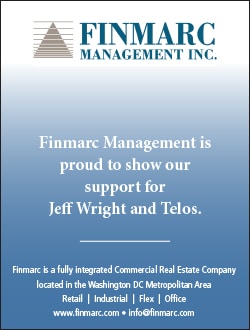 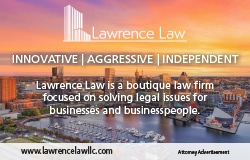 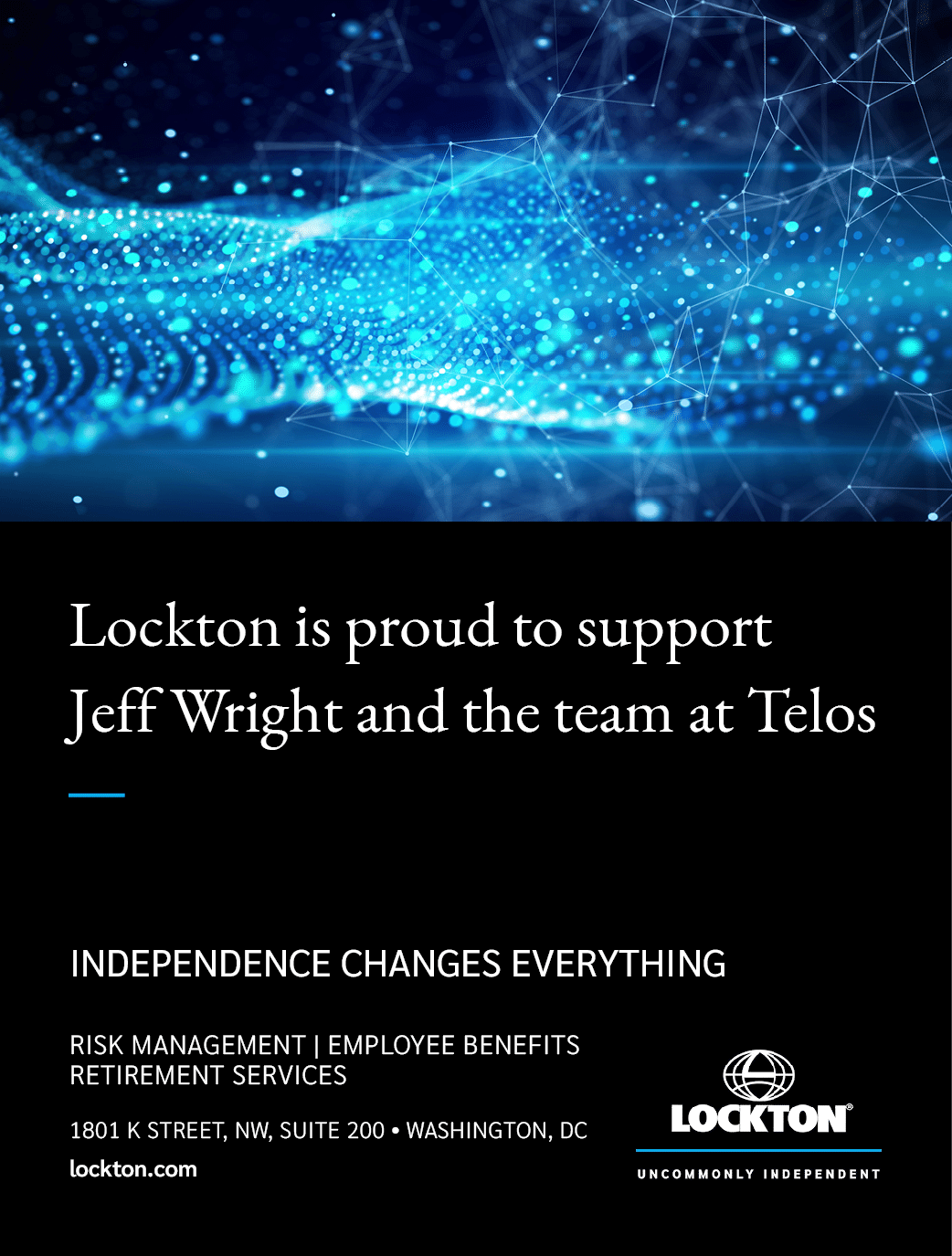 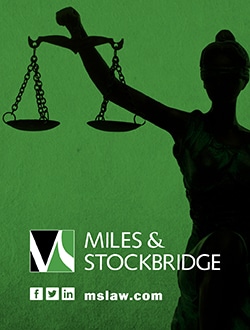 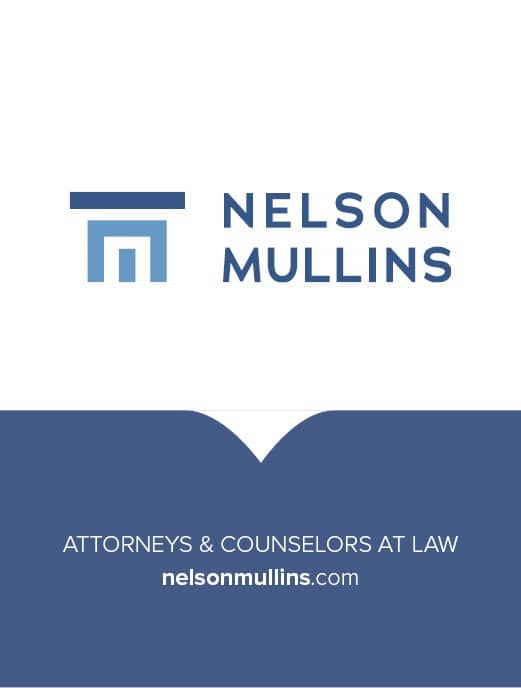