Legal life at the edge of the robotics revolution.

Having crossed the line from research and development to commercial leasing and sales, the fortified Boston Dynamics is now pursuing markets for its robotics that seem to blur the line between human and machine. Or animal and machine.

The wares include the quadrupedal canine Spot, who thoroughly wowed Anderson Cooper during a memorable “60 Minutes” segment earlier this year. Spot, following the launches of its predecessors, BigDog and LittleDog, is in increasing demand by the private and public sectors, who see it sparing their employees from dull, dirty and often-times dangerous tasks. 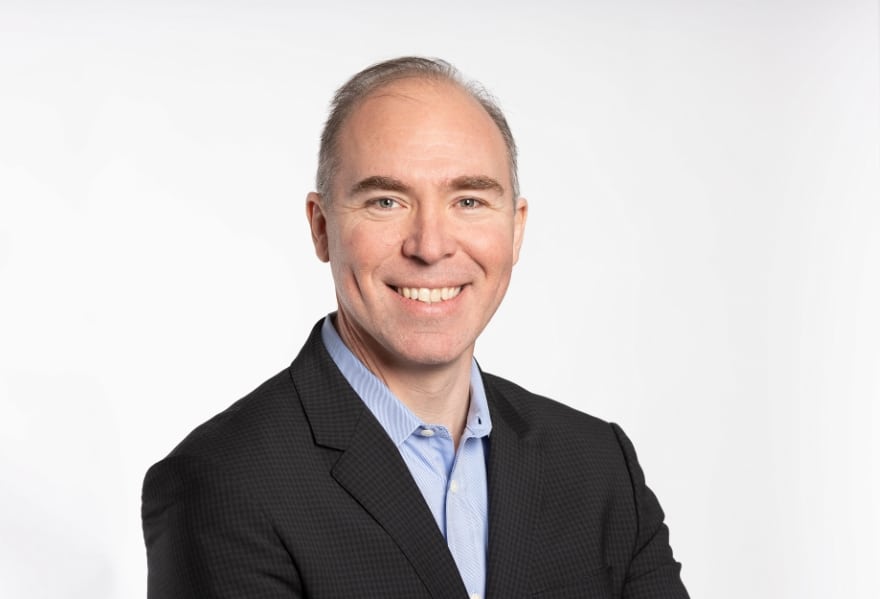 But to fast-track the commercialization of all robots great and small, Boston Dynamics needed a partner and recently secured one in Hyundai Motor Group. In June, the South Korean conglomerate bought an 80 percent share in Boston Dynamics, with prior owner Softbank retaining the rest.

Sealing the deal took some doing, Jason Fiorillo tells Vanguard from Boston Dynamics headquarters in suburban Waltham, Massachusetts. General counsel since 2019, he had a plethora of details to work out, including understanding the consequences of this nascent industry that carries the potential of reshaping the world.

“How do you responsibly launch a new product like Spot, when the full range of its potential uses is as yet unknown?” Fiorillo asks.

The short answer: By stipulating some provisions with clientele and updating them as the industry grows. Even as Boston Dynamics proceeds, in Fiorillo’s words, “full speed ahead.”

For Boston Dynamics, the transition from R&D to commercial represents a brave, new world, says Fiorillo, who was hired to expedite the process. A 1999 Stanford Law School graduate with a B.S. in electrical engineering and computer science from the Massachusetts Institute of Technology, he’s a professional two-fer.

From the get-go, his responsibilities included identifying new markets and complying with requirements for selling products previously offered by nobody. That involved educating prospective clients on how they’d benefit from robotics in ways they might not have imagined. 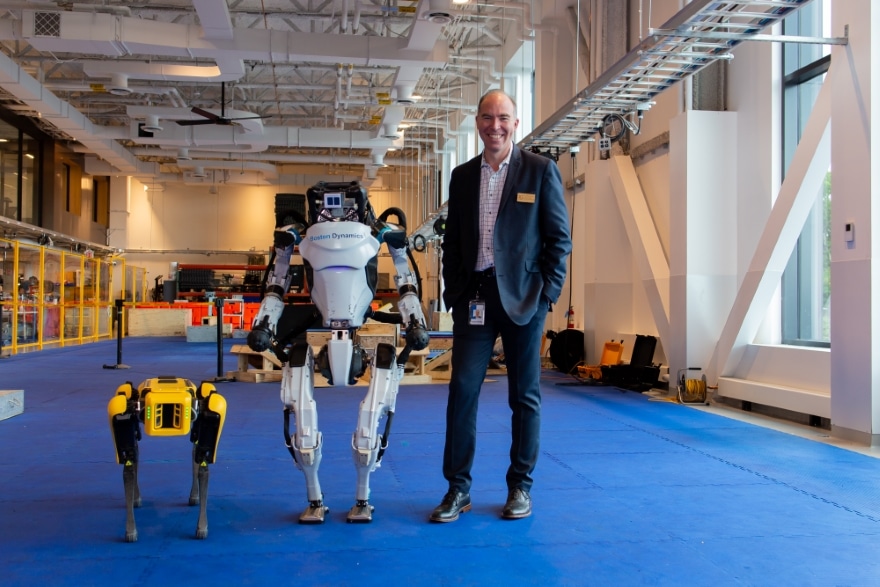 “Every day our robots are used to make mines safer and to automate construction,” Fiorillo explains. “They’ve investigated radiation at Chernobyl, protected healthcare workers during COVID and were on the launch pads at SpaceX. We’re even pushing the boundaries for what clients expect in a contractual relationship.”

But, he’s quick to remind, there are some directions in which the customer may not point these robots. No weaponization, no undue intrusions of privacy, no harm to people or animals.

“We’ve articulated a statement of robot ethical principles that must be followed,” Fiorillo says. “It’s incredibly rewarding to introduce new technology with the vision of helping humanity.”

All this wouldn’t have been possible without a partner such as Hyundai, he goes on to explain. Boston Dynamics needed a multinational on its side to help finance expansion and accelerate global sales, distribution and manufacturing.

Aided by a “small but mighty” legal and safety team of eight, Fiorillo helped assess potential partners before the company settled on Hyundai. Due diligence completed, he negotiated what he deems “the biggest and most important transaction” in Boston Dynamics’ history, which dates to its founding as an MIT spinoff in 1992.

That was also the year Fiorillo enrolled at the prestigious research university on the banks of the Charles River in Cambridge, Massachusetts. At the time a technological career seemed the intent, he having been a Sterling Scholar—the top science student at Mountain View High School in Orem, Utah . But he also had been captain of the debate team, and a national-level debater, which made law another option.

“I found these interests were not at all exclusive,” he says. “Both relate to the inquisitive mind and are different ways to arrive at the truth. Debate comes from ancient Greece and the Socratic method. Engineering has a similar heritage in humanity.” 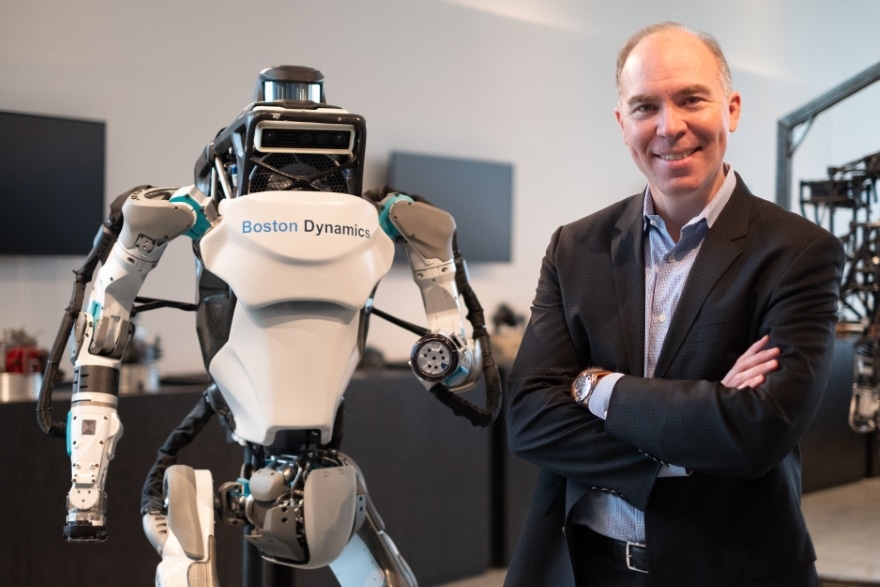 By mixing the two, Fiorillo was in much demand after graduating Stanford Law School, cutting his teeth with some of America’s top law firms. Afterward came  a dozen years with semiconductor maker Analog Devices, as global vice president of intellectual property and commercial matters, during which he led its worldwide intellectual property, commercial and litigation matters.

He’s now doing that and more and is building a team with expertise in IP, compliance, safety, commercial agreements and governmental affairs. With other companies fast following the Boston Dynamics model, Fiorillo has every reason to believe the company is at risk for infringement.

“Imitation is the sincerest form of flattery and we’ve been flattered quite a bit,” he says.

Those imitators have some catching up to do and then some, he says confidently. Boston Dynamics has been such an industry disruptor that it routinely gets fan mail from the young, budding brains of the future.

“I’ve never worked at a company before where children write letters to share how excited they are about our products,” he marvels. “Fact is, we’re inspiring the next generation of engineers, developers, content creators. It’s unbelievably rewarding just to work with some of the most brilliant minds in the field.”

And have robots—two- and four-legged—walk by. Robots that, like Spot, navigate terrain and assemble a 3D map that allows a corporate or governmental client to automate inspection tasks and capture data accurately and frequently. Then there’s Stretch, a mobile robot that could be the darling of warehouse operators, it capable of unloading 800 or more cases per hour.

Four-legged Cheetah gallops at 28 mph and while that’s only around half as fast as a real big cat can move, it’s fast enough to have set a world record for quadruped robots. The five and a half-foot-tall humanoid Atlas has amazed tens of millions with its parkour and dance moves, most recently on Boston Dynamics’ “Do You Love Me?” smash hit.

It might even motivate Fiorillo’s children, ages 13 and 16, to pursue STEM careers.

“I’ve brought them here and for them it was like visiting Wonderland,” he says. “Their eyes lit up when they saw the robots. I’m hopeful our work inspires them to use science and technology to help humanity.” 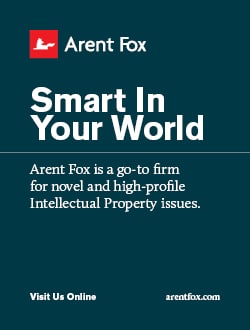 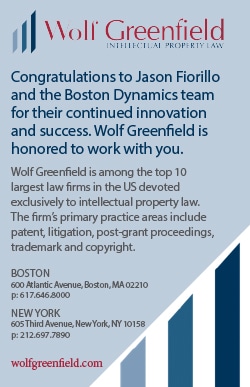