Being there and being heard

Each August, baseball fans flock to Williamsport, Pennsylvania, for the annual Little League World Series played on diamonds throughout the city. There’s glory to be found on those dusty base paths, as well as aspirations for pro careers in big league ballparks.

It’s not likely those fans will notice the Lycoming County Courthouse nearby—the blocky four-story brick building where government is administered and justice carried out. Yet as Julie Delker walked through its hallways after school each day, delivering documents for a local law firm, she found her own “Field of Dreams” for a law career.

“I was in a beehive of activity and I was intrigued by it,” she recalls. 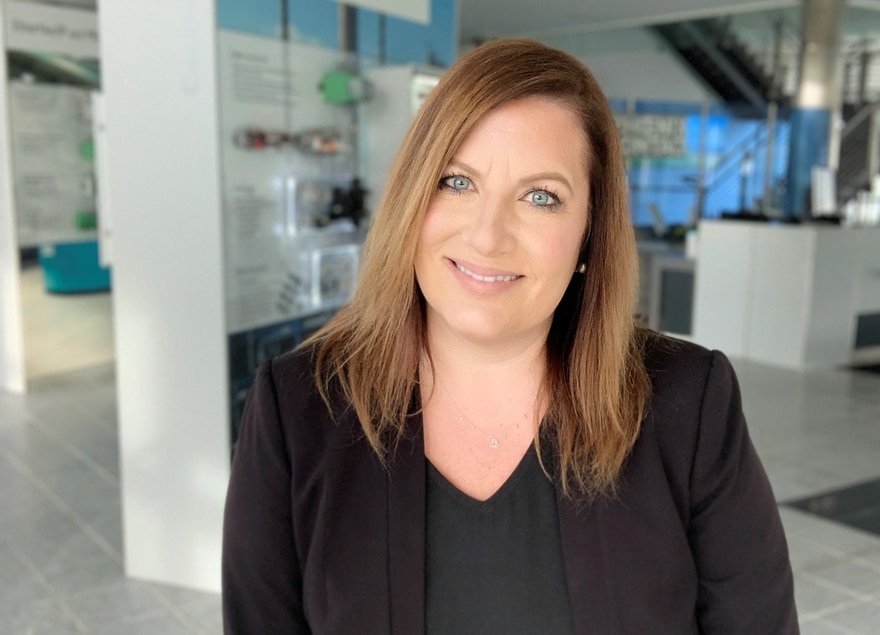 She’s come a long way from that courthouse—Delker is the first general counsel, risk manager and corporate secretary for Phoenix Contact USA. Using what she calls an “approachable legal services model,” she takes on the legal responsibilities for the German-based manufacturer of industrial electronic components.

“The thing I most enjoy in this role is getting to work with people in all different kinds of professions,” Delker says. “I have mechanical and electrical engineers, product managers, marketers and photographers as some of the customers, and I love helping them understand how the relevant legal issues can help them perform their jobs better.”

In short, she’s made the big leagues.

Phoenix Contact’s industrial components are found in solar panels, electric vehicle charging connectors, ATMs, windmills and on auto manufacturing assembly lines, just to name a few. Delker notes the product development occurs at plants throughout the world, including its plant in Middletown, Pennsylvania, where the I/O system Axioline P technology has come to life ahead of its global April 2020 launch at the Hannover Fair in Germany.

In combination with the company’s recently launched PLCnext product line, the Axioline P platform enhances the performance of PLCs. A PLC, which stands for programmable logic controller, is used to operate assembly lines or robotic devices in industries such as automotive, pharmaceutical, food and beverage, packaging, logistics and semiconductors. 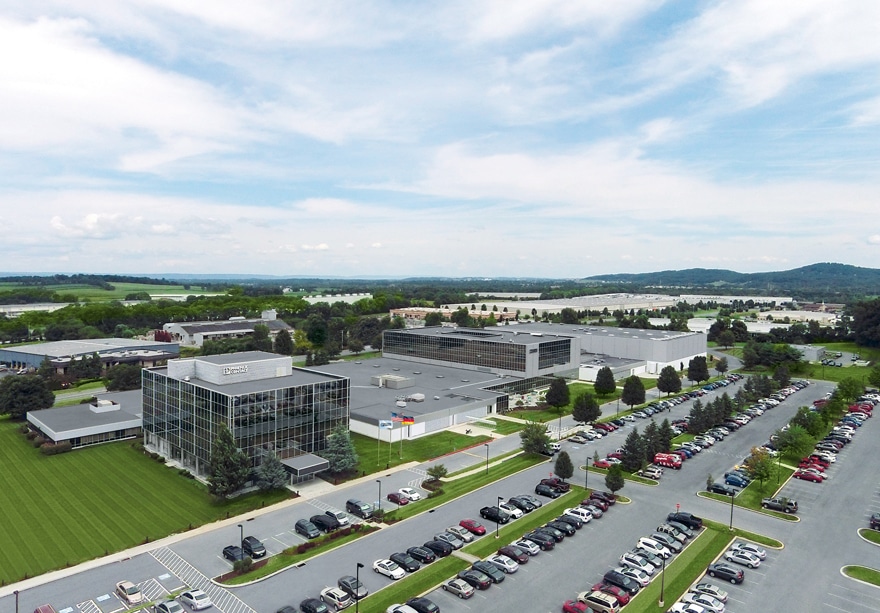 The innovation by Phoenix Contact USA allows PLC a user to directly access its operations through open source languages such as Linux, and develop applications.  The Internet of Things technology can connect to common AI platforms such as Amazon Web Services, Microsoft Azure and Google IoT. With PLCnext as the controller, and in combination with Axioline P’s hardened hot-swap input and output modules connecting to sensors and actuators, customers will be able to install the systems in environments which are deemed hazardous and potentially explosive.

Managing the protection of the software as intellectual property in the U.S. largely falls on Delker’s plate, although she concedes mastering IP law was the biggest challenge she faced when she came to Phoenix Contact in 2012 after serving as associate counsel for Select Medical Corp.

Delker credits good outside counsel with helping her master the intricate nature of IP law, and as part of her approachable legal services model, she passes on what she has learned in lunchtime outreach sessions.

The sessions are interactive and designed with a light touch, she says, but have taught people how to better negotiate contracts and understand why crucial terms have to be included to protect the company. Other topics have included how to avoid copyright or trademark infringements when designing the marketing approaches for Phoenix Contact products.

“Personality, teamwork and well-defined leadership principles are crucial in this company,” Delker says. “I try to decipher how people learn so I can best reach them instead of just telling them how it is going to be.”

Delker has learned more than just IP law, because data and privacy protection regulations are becoming stricter all over the world. The European Union has already enacted its General Data Protection Regulation, or GDPR, laws. In the U.S. similar laws outlining how consumers and private individuals must be protected from cybercrimes are coming on the books in California, New York and Nevada, Delker notes.

Knowledge of and compliance with the new laws are crucial, Delker says, because ecommerce has no borders or boundaries. So while ensuring Phoenix Contact is compliant, she’s also having staff certified by agencies such as the International Association of Privacy Professionals, or IAPP, to ensure the company always meets the privacy protection requirements.

All in all, she says it’s a process of pulling people together and working as a team. 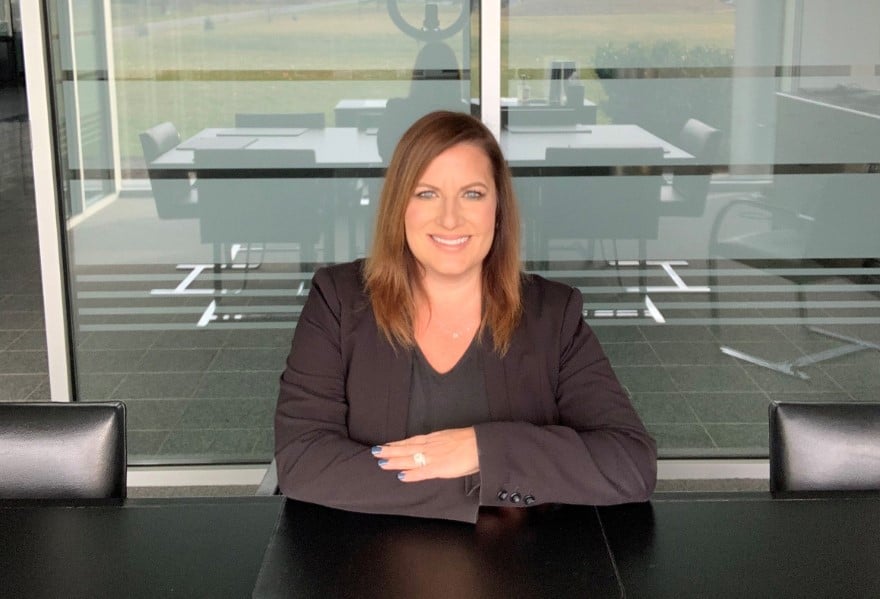 “Sometimes it is about balancing the conflicting points of view from company departments, from sales to marketing to product development,” Delker notes.

For her own staff, she helped streamline communications and workflow, building a database for contracts and a tracking system for the legal requests, as well who handles them and how.

Delker also works with the legal team in Phoenix Contact’s headquarters, but says the differences in German and U.S. laws, especially on indemnity and liability provisions, mean the departments do not always use the same process or contract texts, no matter how much they try to stay consistent.

From high school on, Delker stayed consistent in her desire for a legal career. After high school, (and her law firm job) she became a paralegal. Then she decided she wanted more. After earning a bachelor’s in business management from Penn State University, she got her J.D. from Widener University Commonwealth Law School.

Delker worked at Select Medical Corp. as director of regulatory affairs while attending law school. Upon graduation, she became an associate counsel, before jumping at the chance to become the first in-house counsel for Phoenix Contact’s U.S. operations in 2012. In 2018, her role was expanded to include legal affairs for Phoenix Contact’s Canadian and Mexican operations.

She recently celebrated her fifth anniversary with her husband and says they enjoy travel, especially to ski and mountain bike—the latter a passion she discovered after graduating law school and which has included racing with a team from a local bike shop.

“It’s a contact sport, meaning I could come into contact with the ground at any time,” Delker laughs, “but I also discovered I just love the peacefulness of riding through the woods.”

Racing did more than just get her into shape—a teammate told her about the Phoenix Contact search for an in-house counsel. Given it might have taken her years to be considered for the general counsel role at Select, Delker says she was ready for the opportunity to build the legal department at Phoenix, and her approach has never wavered.

“I want to build the relationships that foster best possible results for the employees and company,” Delker says. “I keep building on that because our work is always fluid. As soon as we find a trend is different, we address it.” 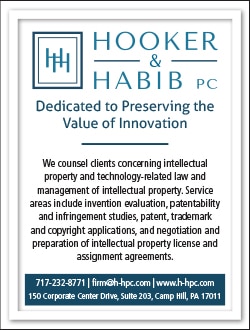