As a paratrooper in the Israeli military, Michael Novak had no qualms about leaping out of planes at 13,000 feet. Maybe it was the fearlessness that only an 18-year-old could possess or the beauty of the experience itself: freefalling quietly through the sky, time itself seeming to stand still.

Whatever the attraction, there’s nothing like it, Novak says. Detached from the plane, he remembers his commander’s words echoing in his ears, reminding him of the one lesson taught to every skydiver in basic training: Don’t think, just jump; only feel, then do. The more you think the more you fear. 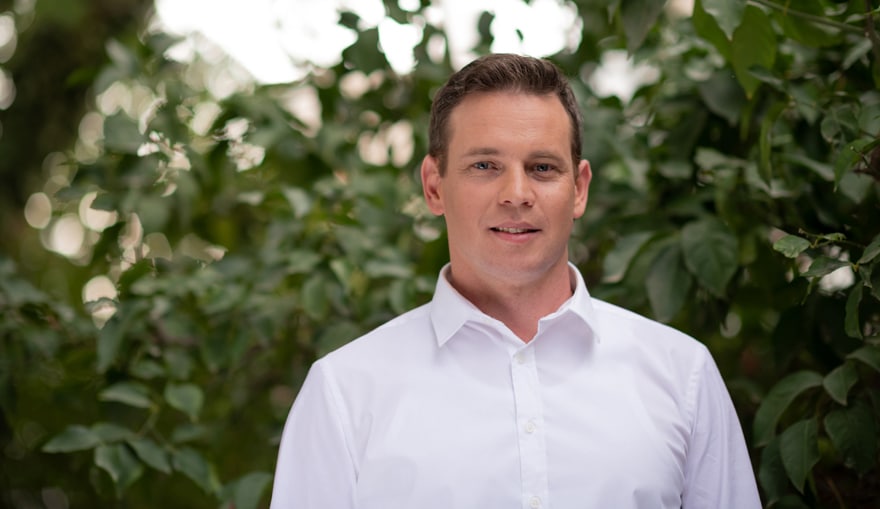 It’s advice that Novak would continue to heed years later as he pursued a career in law. How odd it was then, that a gut feeling would one day deliver him to Israel’s SCD (SemiConductor Devices)—the company that once made the night-vision goggles for his platoon all those years ago.

Like a well-practiced paratrooping drill, in 2011 he landed feet-first in a job as legal counsel, a role he held until 2014. Following a four-year interlude with medtech company Lumenis, Novak returned to SCD in 2018—this time as the company’s vice president and general counsel.

Now out of army fatigues, Novak’s laying down the legal framework for the company’s wide-ranging applications, which include high-end infrared detectors and laser diodes. 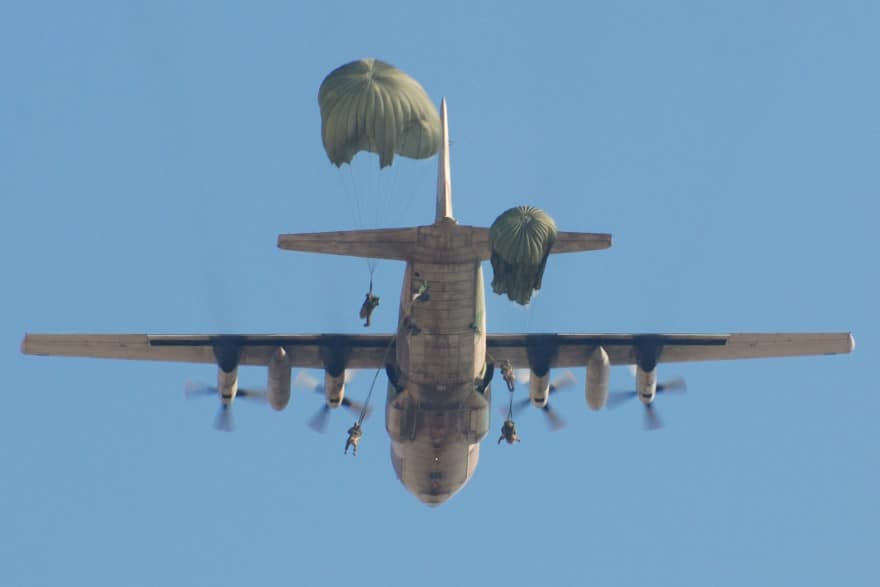 “It’s a challenging role with a constant focus on closing deals around the world in a multi-disciplinary framework—all while keeping pace with the growth of the defense industry and other evolving markets,” Novak says. “We are remaining ever-attentive to our customers’ requirements.”

In more ways than one. After all, lives may depend upon it.

Necessity, the mother of invention

The foundations of SCD were laid in the years following the Yom Kippur War of 1973, when Israel understood it needed to excel in its ability to see in the dark.

First a research lab and production facility, its formal incorporation in 1986 developed into SCD. Now the company specializes in developing innovative products for clients in the commercial, military, industrial, defense, security, space and medical sectors.

Headquartered in northern Israel, SCD is home to one of the most advanced R&D and production facilities in this field. For more than 40 years, the company’s lifesaving and unique technologies were heavily invested in, with additional research and support provided by Israeli universities.

So, what exactly do high-end infrared detectors do?

As Novak explains, SCD happens to be a specialist and supplier of night vision and infrared detectors, most commonly used in the defense industry—mainly for various advanced airborne, naval, land and homeland security applications. SCD’s products may be found amongst others in airplane, drone, missile, vehicle, sight, reconnaissance, designation, detection and awareness systems.

Civil applications figure prominently as well, for things like helping drive automatic cars and land commercial aircraft, as well as assist in industrial and material inspections. There’s also a slew of uses for medicine and space exploration—even gas and temperature detection.

“We’re constantly rethinking strategies and finding new applications for our technology and our customers’ needs for today and tomorrow,” Novak says.

That, in turn, requires plenty of diligence on the intellectual property (IP) front.

As part of his role at SCD, Novak’s in charge of handling SCD’s IP portfolio. Working in tandem with SCD’s inventors and patent attorneys, he ensures through contractual rights that SCD is protected and can freely operate in the most beneficial manner.

Initially developed under the severe requirements of the defense industry, SCD has really defined its IP expertise and its presence as a frontrunner in the industry. As Novak explains, SCD holds and nurtures its unique know-how in IP which was developed over the years with the brightest minds in the field. Now SCD’s technology and IP are finding more and more additional uses and applications in civil and non-military applications.

“The potential for using our IP is endless,” Novak says. “We find involvement of our patents in various applications and diligently continue to think of new inventions and possibilities.”

Here, there and everywhere

To support SCD’s growth initiatives, Novak’s constantly in contact with offices in the United States, the United Kingdom, India and the Far East to meet with business partners and manage SCD’s worldwide operations.

As part of senior management, Novak’s involved in every aspect of the business including corporate strategy, marketing, sales and HR. He also heads the export control department which plays a key role in any corporation active in the defense industry. Initially working on his own, he now oversees three in the department.

The extra help is warranted. 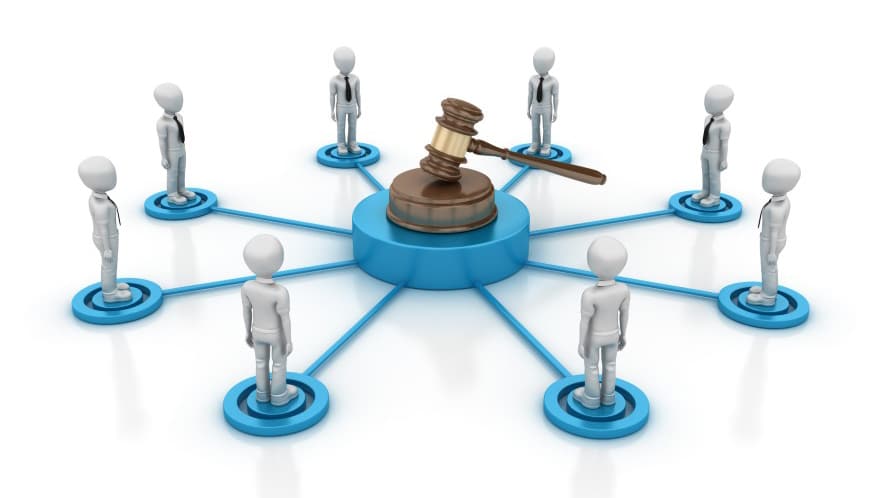 His day may start on one project and escalate into managing many other issues that could vary from working on a high volume contract to managing burning issues in export control and handling a compliance directive.

“The work operates around the clock. SCD is always looking for the right people that will enable it to maintain the status of being an industry leader in the world,” he says. “I was fortunate to be able to be join the team and contribute my part.”

On that front, Novak had the best mentor of all.

When the former Soviet Union proved an unsafe option for his family, they left for Israel in 1977 to pursue opportunities and non-discrimination. Two years later Novak was born, the first true Israeli of the family.

“They started out with nothing … no language, no assets, a whole different culture—they left it all behind,” he says.

While his parents were well-versed in mathematics, physics and engineering, Novak and his older sister developed a fondness for studying law. Jokingly, Novak dubbed his sister and himself as the “black sheep” of the family.

Drafted into the army at 18, Novak initially thought about a military career, but law school soon beckoned. He’d go on to earn an LLB in Law Studies in 2006 and an MBA in Business Management from the School of Management at the University if Haifa in 2012 in addition to several other certificates for advanced studies. 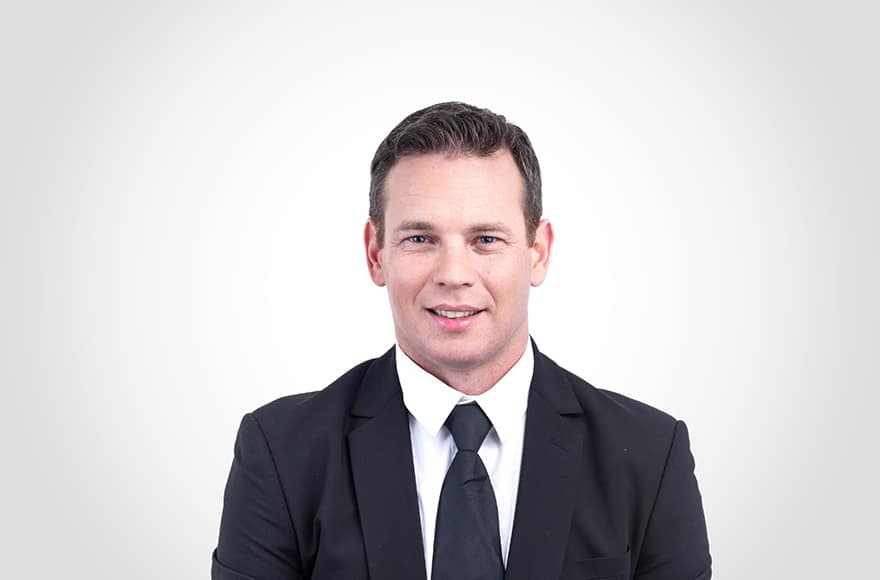 After gaining experience in positions as an associate at M. Pappe Law Office and as in-house legal counsel at the Israeli Electric Corporation (IEC), came Novak’s first job at SCD while looking for an opportunity to join a dynamic global and technology-based company.

He took a break from SCD in 2014 to work as an associate general counsel at Lumenis, a global leader in medical devices. He looks at his time there like an amazing school which prepared him for his current role. In 2018 he got the phone call asking him to return to SCD as the general counsel. Novak took the challenge.

“My past experience in the army gave me a lot of empathy for our products and an awareness for what we do in our work and how important it is. I know firsthand, because I was a customer using it and depending on it,” Novak says.

Because of the work’s significance, Novak says he loves collaborating with like-minded people who see their work as a mission and celebrate its contribution and global leadership. To that end, he strives to be approachable and collaborative with his coworkers.

“My door is always open and I’m always happy to be involved and ready to handle any issue,” he says.

The supportive camaraderie in his work environment spills over into his family life. He and his wife Atara met during their army service and have been together ever since. Atara holds a PhD in medicine and together, through their challenging schedules, they are raising three children: a 12-year-old daughter and two sons, ages 8 and 3.

The middle son, he says, is the one who likes math and numbers. In other words, he may be the next black sheep in the family.

“Maybe I’ll teach my kids not to think and tell them to just jump,” Novak joked. “They too can become fearless.” 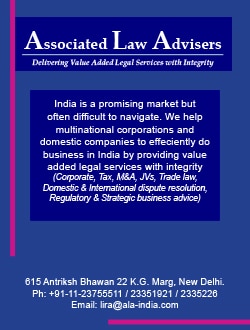