Accountable as a lawyer and CPA

Accounting was Jay Cain’s first interest, but as a young professional he realized he could double his value with a juris doctorate. So, rather than continue with a choice position as an energy industry certified public accountant, in 2011 he opted to enroll at Texas Tech University School of Law.

Just a couple of months after earning that degree in 2014, Cain was welcomed aboard as the only in-house lawyer at the Fort Worth office of The Sewell Family of Companies Inc. of Odessa, Texas. Only more so as accountant than attorney. 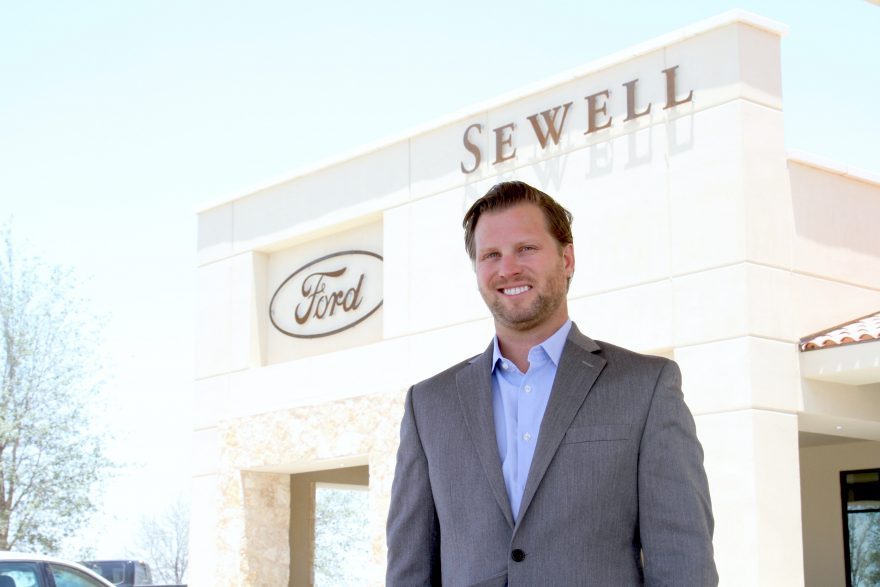 For the venerable Texas company that promises a personal touch on auto sales and service was losing a controller in fast-growing times, and lagged in financial reporting that Cain soon brought to snuff with his two-fer of accounting and legal savvy.

“We were behind in collecting debts, so I developed our accounts receivable department into a systemic practice that could hone in on outstanding accounts,” Cain tells Vanguard via Bluetooth, during one of his many drives among Sewell’s dealerships.

“I trained the department to collect debts aggressively, but legally, and got personally involved with larger accounts. Because the company now had a lawyer working this, we were more successful.”

When taking overdue accounts to court, Cain usually got judgements in Sewell’s favor. A few years later, he may still be called upon to practice some accounting acumen—especially at tax time—but the bulk of his responsibilities have shifted to the legal, side where the to-do list is growing.

Each of Sewell’s dealerships is classified as a financial institution, Cain explains, citing the Gramm-Leach-Bliley Act of 1999 that, among other provisions, puts auto dealers under stricter regulations, since much of their modus operandi involves collecting payments in increments.

Compliance with such regulations isn’t unduly difficult, Cain says, but with many dealerships under the Sewell umbrella, nothing can be left to chance. Furthermore, the company will likely be under even tighter regs as it’s in the process of entering the insurance market, as well.

Then there are Cain’s other on-the-job duties that include finalizing contracts with vendors, ironing out the details of asset sales and purchases, and weighing in on employment law, with one of the recent beneficiaries being a young man of Mexican descent who graduated from a Texas high school and needed federal approval of his Deferred Action for Childhood Arrivals (DACA) application so he could pursue a career as an auto technician.

“He’s got a lot of talent and I’m glad to help him out,” Cain assures. “It’s just one of the many things here that makes my job so interesting.”

“Many” may indeed be the word. For reasons that transcend even its fledgling insurance business, Sewell is no ordinary chain of auto dealerships.

Driven to be different

Sewell has served the Permian Basin since 1935, but finds its roots in the hardware store of E.F. Sewell, who began selling Ford Model Ts in 1911. Its business model is largely based on sustaining long-term customer relationships rather than one-shot deals, with enhancements including complimentary loaner vehicles, car washes and online reservations, though reservations aren’t needed. 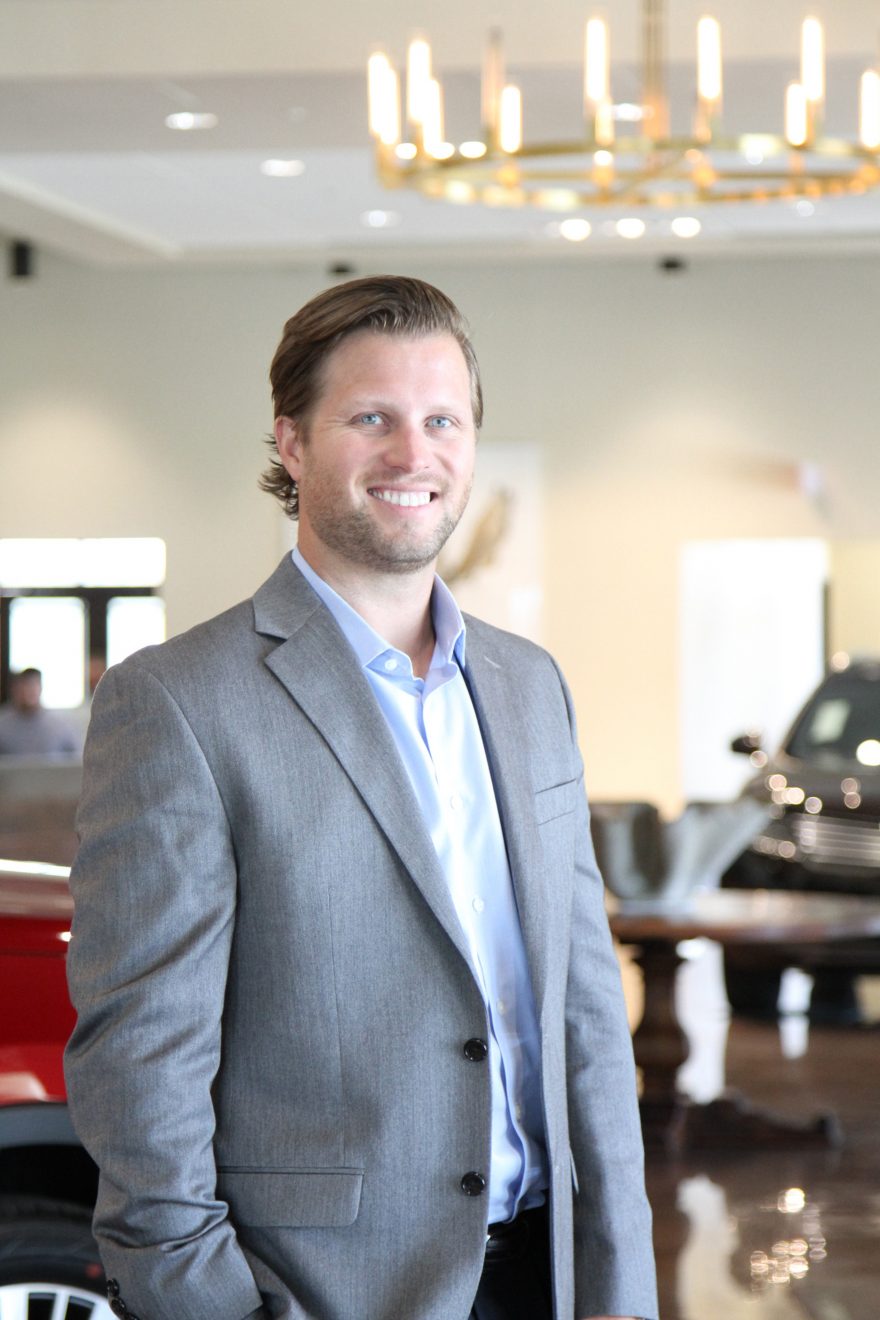 While many competing dealerships offer basic refreshments and magazines in the waiting area, Sewell takes it to another level with espresso, brick oven pizza, cocktails and even a putting green. But should a customer simply want an oil change, Sewell says its service department is the Lone Star State’s quickest.

The company also provides the oil and natural gas industry with heavy-duty vehicles for the field, and with exploration picking up as prices rise, that end of Sewell’s business should only increase.

“This is a job that a lot of lawyers in private practice would want, but I’m not sure if it would be for the right reasons,” says Cain. “They may think it’s a laid-back, good-ole-boy environment. It has its comforts, but you can’t do this job well unless you’re comfortable with the business side of the operation.”

He’s also prospered under the Sewell modus operandi that nurtures leadership with weekly leadership training and various high-profile events in the course of a year, that bring in such luminaries as John Maxwell, author of “The 21 Irrefutable Laws of Leadership” and, at last count, 21 other books on the subject.

Cain’s accounting background certainly has been an asset, as he so readily attests. Just 32, he’s a rarity among his legal contemporaries, having landed a desirable in-house position right after law school.

“I’ve taken a path that would make it hard to switch to private practice,” he acknowledges. Granted, it’s becoming a more trodden path.

“I see a bright future for the in-house counsel,” he says. “Wall Street firms are billing at rates well over $1,000 an hour. Businesses can take their legal functions in-house or continue to allow firms to dictate costs.”

All the better, if a business shares Sewell’s luck by roping in a lawyer with accounting and business creds. 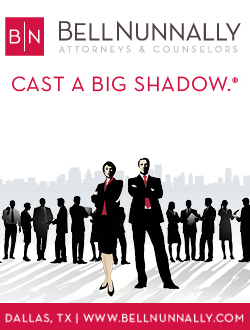 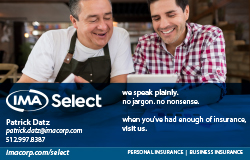 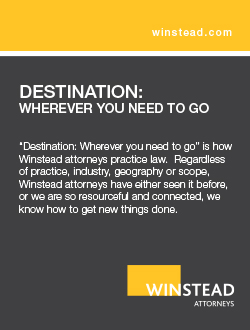