Empowering the company and its employees alike

It’s a fairly standard line from a general counsel: You have one client and that’s the company itself. Kelvin Sellers, who heads legal as well as internal audit for Interstate Batteries Inc., can recite that statement as well as anyone, but the upbeat 43-year-old man may just take it to another level.

That one client, the Dallas-based company, is not solely made up of an executive brass and board of directors, he reminds. There are many stakeholders necessary to ensure the humming of an international operation and Sellers feels a need to be familiar with as many of them as possible. 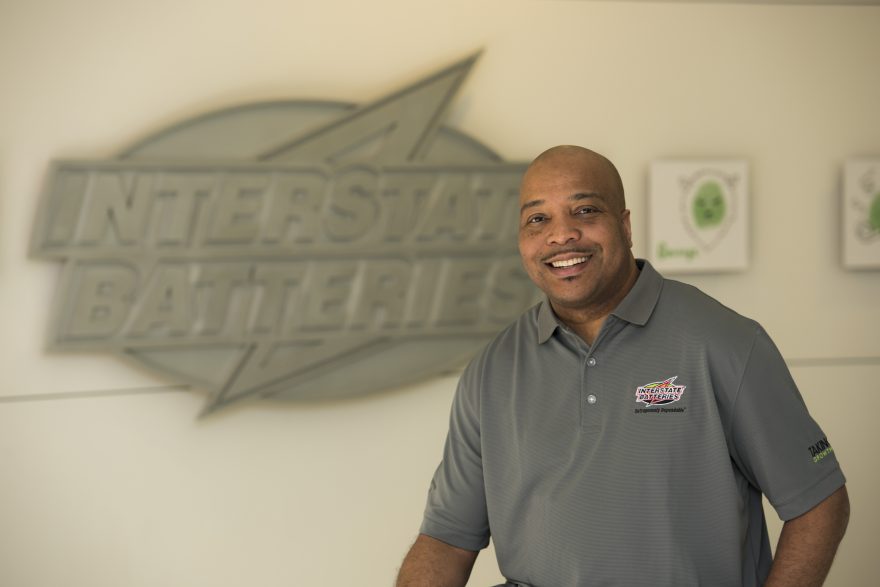 For that reason, he may stop in on some of the more than 300  corporate and independently-owned distributors of the high-grade automotive batteries. Maybe join the driver aboard a route truck. Be on a first-name basis with the sales reps.

And, of course, be on the same page as the folks at the top of the food chain. You’ve got to have a sense of what everyone’s doing because you never know when the most general knowledge can be put to the most specific cause.

“There’s always the concern that in corporate headquarters, policy may come from the ivory tower without knowledge of how it applies in the field,” says Sellers, who joined Interstate Batteries as tax counsel a decade ago and was promoted to his present positions in 2016.

“But when you spend time with, say, market general managers, you gain a wider perspective on how the business operates. It’s then when you may learn that you’ve written a 10-page agreement for a small distributor who can’t take 30 minutes to go over every provision.”

Sellers adds that the reality of the business model is as relational as it is legal or financial. A people person, he’s comfortable with that arrangement. Same for the one that aligns Interstate Batteries with a power higher than galvanic cells.

Not by batteries alone

“Our purpose is ‘To glorify God and enrich lives as we deliver the most trustworthy source of power to the world,’” Sellers says, quoting the spiritual foundation that the late John Searcy built Interstate Batteries upon during the early 1950s.

“While we operate on biblical principles, Interstate Batteries is not just for Christians,” Sellers continues. “Our principles or values are about setting a baseline on how we’ll deal with everyone: our customers, vendors, strategic partners, the entire community. It’s less so about the Christian bible than it is about treating people in accordance with the Golden Rule.”

Himself a believer who has attained a high level of professional accomplishment, Sellers feels an obligation to try to inspire others. Especially African-Americans and other minorities who may need to see an achiever who looks like them.

“I’m a black male who’s very sensitive to the reality that people of color are underrepresented in my profession,” he says. “I’ve volunteered my time and taken an interest and passion in seeing what we can do to increase that representation of people of color and women.”

Earlier this year, Sellers joined five other Interstate Batteries executives in an ongoing corporate mentoring program that stresses the skills, courage and leadership traits necessary for anyone to advance on a chosen career path. He, too, had role models, among them his immediate family, as well as those inside and outside the profession.  Notably, Sellers received much insight from a man who went on to have a legendary career as a basketball coach at University of Texas-El Paso, Texas A&M, Kentucky, Texas Tech and, presently, Ranger College. 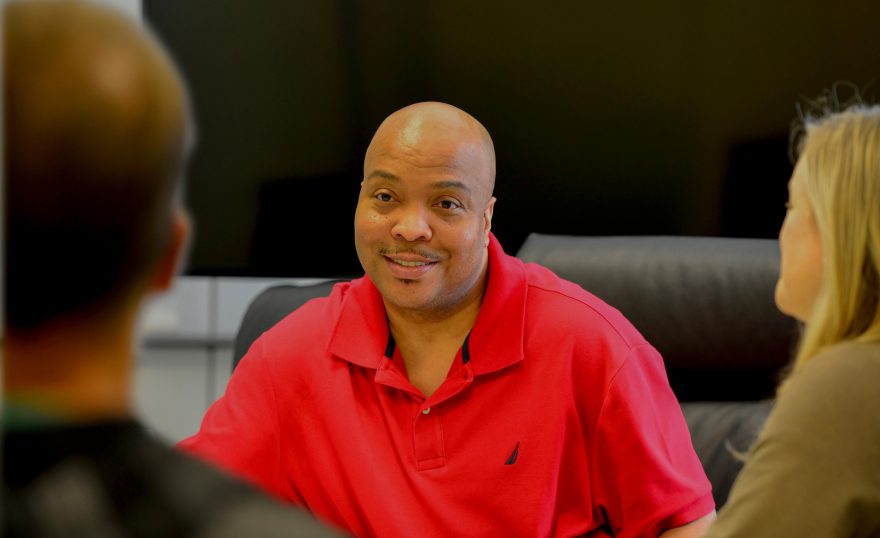 During the early 1990s, Billy Clyde Gillispie was coaching at Ellison High School in Killeen, Texas, where one of his players was Sellers, whose modest 6-foot-1 height was enhanced by a 40-inch vertical jump. Gillispie didn’t just look upon him as a player, even telling the Killeen Daily Herald, “This is the kind of guy who could be president.”

“Kelvin is a one-in-a-million person,” Gillispie tells Vanguard. “He was a good player but an outstanding person. Kelvin always was a great student and maybe the best things about him were his willingness to learn by listening and taking instruction, and he was always a great teammate, putting the team before any individual considerations.”

Ultimately, however, basketball above the college intramural level would never be in Sellers’ future. Politics? Sellers says, “Let’s wait and see.”

Initially opting for accounting, Sellers topped off his Bachelor of Business Administration degree from the University of Texas at Arlington with a Master of Science in taxation. That prepped him well for an almost four-year stint as a senior tax consultant with Deloitte—one of the so-called Big Four firms—in the Dallas-Fort Worth area. Proficient as he was in the tax and accounting profession, he wanted greater involvement in the overall workings of a business. Following the advice of some his attorney colleagues, he applied, and was accepted at Columbia Law School at the age of 28—one of the OWLS, as in Older and Wiser Law Students.

“The benefit of being older than the others is that you’ve had real-life work experience and developed greater discipline,” Sellers says.

His mix of accounting and legal skills enhanced his marketability. He first worked from 2005 to 2006 at Bickel & Brewer, a boutique Dallas firm where Sellers’ roles included representing clients in cases involving fraud, assertions of breach of fiduciary duty and professional malpractice in the hospitality, insurance, retail and technology industries. Then came almost two years at the Dallas office of the prestigious global firm, Jones Day, where he was an associate in its state and local tax practice.

Sellers took a modest financial hit when he left Jones Day for Interstate Batteries, but the tradeoffs have made it worthwhile. He estimates wearing the business hat 70 percent of the time, and enjoys professional interaction with Andrea Scofield, a young corporate counsel he took aboard shortly after her graduation from SMU Dedman School of Law.

“She’s a rock star of a lawyer,” says Sellers. “She’s just what a small in-house legal team like ours needed to deliver outstanding legal results.”

Closer to home, there’s another star in Sellers’ family—10th-grade son Christopher, who’s excelling in Advanced Placement courses, as well as basketball. Hence, another perk about being an in-house lawyer: The work may be long and challenging, but there’s time at night for a father to see his 6-foot-5 son in action.

“He’s incredibly smart and you should see him on the court,” says the elder Sellers, who heard similar praise from Coach Gillispie a few decades or so ago in Killeen. 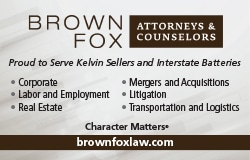 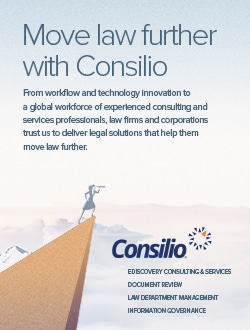 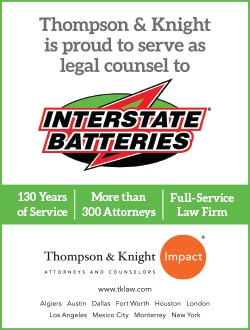 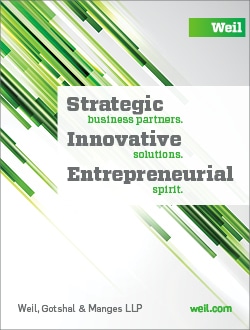