Par for the high-end course

It’ll be a piece of Portuguese paradise that Jeffrey Holland will have had a hand in assembling, but may only experience as a guest.

A guest of the super rich and famous, that is, and while Holland may mingle in the company of well-to-do people, his behind-the-scenes legal work does not put him on a first-name basis with the types who might buy the multi-multimillion dollar properties at what will be the very private and exclusive Costa Terra Golf and Ocean Club on Portugal’s sparkling southwest coast. 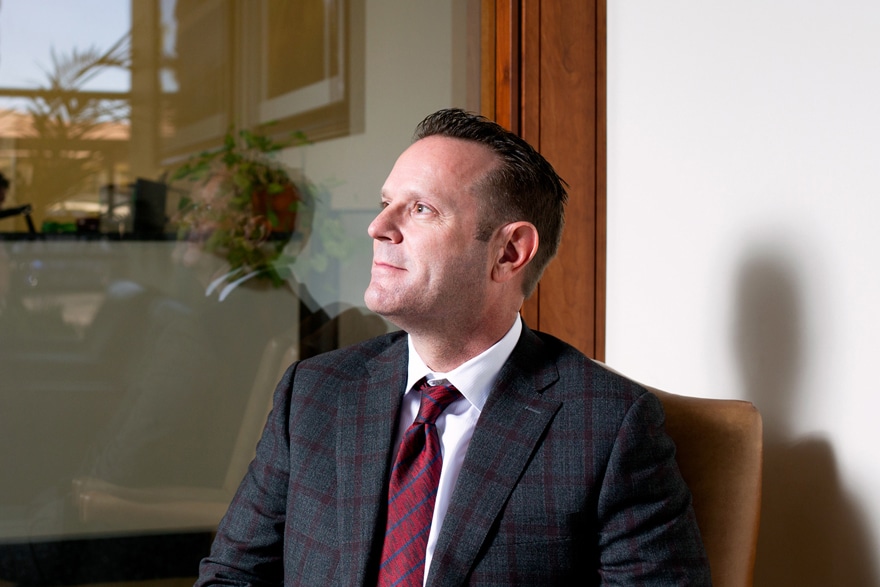 So he’ll have to take satisfaction tending to the legal and strategic details as his employer, the Scottsdale, Arizona-based Discovery Land Company, pursues its first European venture after developing over 20 high-end resorts and members only communities in the United States, Mexico and the Caribbean.

“Just call me the quarterback for the legal side as we expand and venture into new territory,” says the good-natured Holland, who became Discovery Land’s general counsel as well as the one-man legal team in May 2017. “That’s me handling the internal documents, managing the outside counsel and working with the acquisition team as we get our latest model into play and realized.”

As is the case at most of the company’s developments, golf will be Costa Terra’s main amenity attraction and ground has been broken for an 18-hole Tom Fazio-designed championship course and driving range. Attract the high-end golfers, Holland explains, and real estate sales and membership fees can support construction of other amenities such as a club village, five-star family-friendly resort and residential houses that probably will be for those desiring a second, third or even fourth home.

“We do cater to the very high-net-worth individuals and families,” Holland reminds Vanguard. “People who appreciate exclusivity, luxury and privacy.”

They’re certain to find it when Costa Terra opens, and Holland anticipates that the last of the development phases should be finished in around five years. Discovery Land did get a jump on the project, he goes on to say, the company having closed on the entitlement rights last fall after a previous owner opted to sell.

“They [the previous owners] were on the right track and it made sense for us to take over,” he says. “Portugal is a hot, trendy place for resorts. This property was tailor-made for us to brand into a Discovery Land project.” 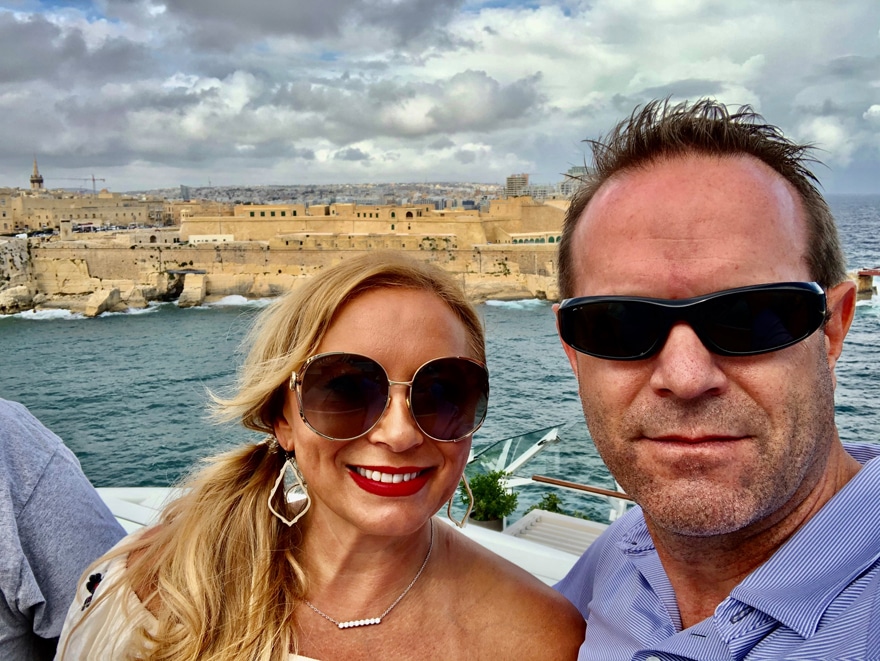 Though Portuguese and U.S. legal codes differ—the former being civil and the latter common—Holland says land use law is generally similar throughout the Western World.

“All in all, just pure due diligence is required,” he explains of the acquisition. “What’s been done here before? Is any area untouchable for environmental reasons? It can be a pretty straightforward process once you hire the best land use and acquisition attorneys in the jurisdiction.”

It’ll be the Pebble Beach of Portugal, Holland is told. Should he be invited to play, he’ll be able to comment, but in the meantime his to-do list is lengthy enough to compromise his time for golf and other outdoor pursuits even back home in Arizona.

For Discovery Land is in growth mode, Holland aiding founder and CEO Mike Meldman in evaluating a couple dozen possibilities each year and committing to a couple of them. 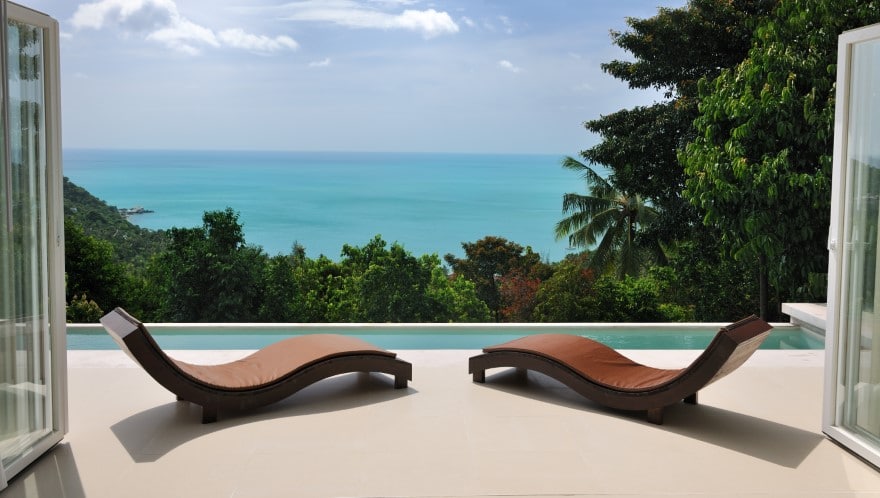 While Holland can’t be too specific, he acknowledges that Canada, Europe and the Middle East are being eyed for expansion. Discovery Land typically retains a minority ownership and full managerial responsibilities in the communities it develops, and sometimes must drop everything and mobilize when Mother Nature reminds that there’s really no protected paradise on earth.

Such was the case last September when Hurricane Dorian’s path of destruction went through Discovery Land’s Baker’s Bay Golf & Ocean Club in the Bahamas’ Great Guana Cay. Discovery Land is leading the recovery effort as extensive repairs and rebuilds are underway, and lest the firm be perceived as uncaring, its DLC Foundation has established the Abaco Relief Fund to solicit donations and in-kind contributions from members and the general public for disaster relief.

“From the outside looking in, this may seem a dream job,” says Holland, whose duties include a fair amount of travel to the most choice destinations. “But it takes time to transform these projects from concept to reality. Years, so you’d better have patience.”

That and a knack for efficiency over the matters that he or outside counsel can control. Challenges notwithstanding, the 49-year-old Holland says he wouldn’t want to be in any other lawyer’s shoes. Having a passion for law and construction—not to mention outdoor pursuits—Holland would seem to be in the right place.

He came to Discovery Land well-credentialed, Holland’s previous position of nine years having been as vice president and general counsel of Statesman Group of Companies, a high density multi-family resort and residential developer with U.S. and Canadian headquarters in Scottsdale and Calgary, respectively. 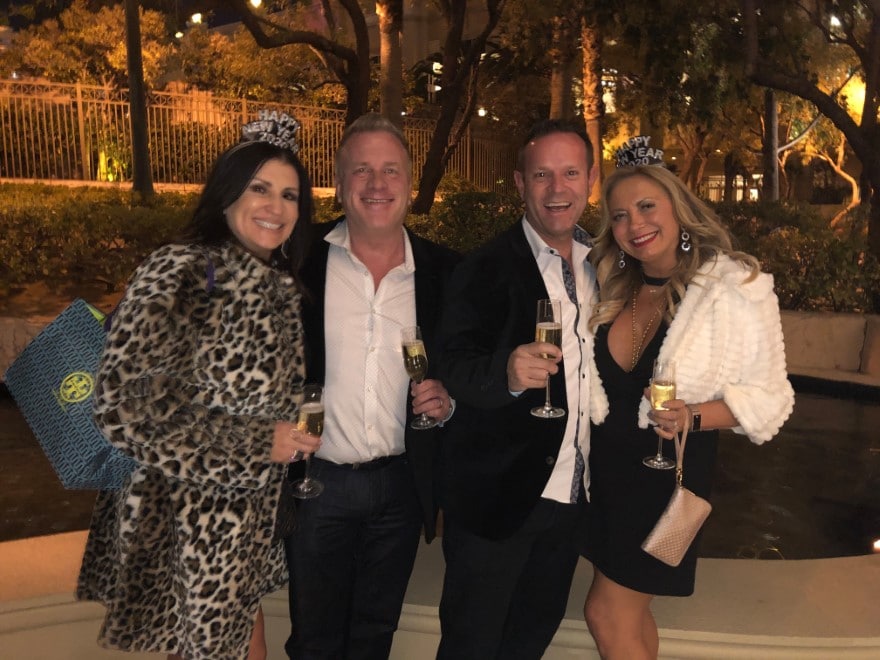 Holland now tends to an ever higher class of clientele at Discovery Land, and it seems a place where more than just legal and business savvy are at a premium. CEO Meldman, by Holland’s description, is a visionary with a Midas touch—and one who appreciates those who work and play hard.

Though Holland’s play time has been shortened by professional responsibilities, he’s an avid traveler, as well as a former track and field standout during his undergrad years at University of California Berkeley. Sometime between graduation and the four years that passed before California Western School of Law, he found himself with buddies in Pamplona, Spain.

Kind of a “City Slickers” or “Bucket List” adventure taken to the extreme, as it involved running with the bulls. He even credits it with inspiring him to pursue law school, as until then Holland wasn’t sure he wanted to endure three more years of higher education when construction promised more immediate rewards.

“But I told myself, ‘you just gotta do it and hope for the best,’” he recalls. “Don’t be afraid to tackle something in life that might seem impossible.”