Building links to save lives

It’s a scene all too familiar and terrifying, with sirens blaring, lights flashing red and blue, as first responders race to another emergency at a school, mall, theater, place of worship or workplace.

It may or may not be a worst case scenario when first responders arrive, but it’s also hard to tell what’s happening where, with whom and what’s next. 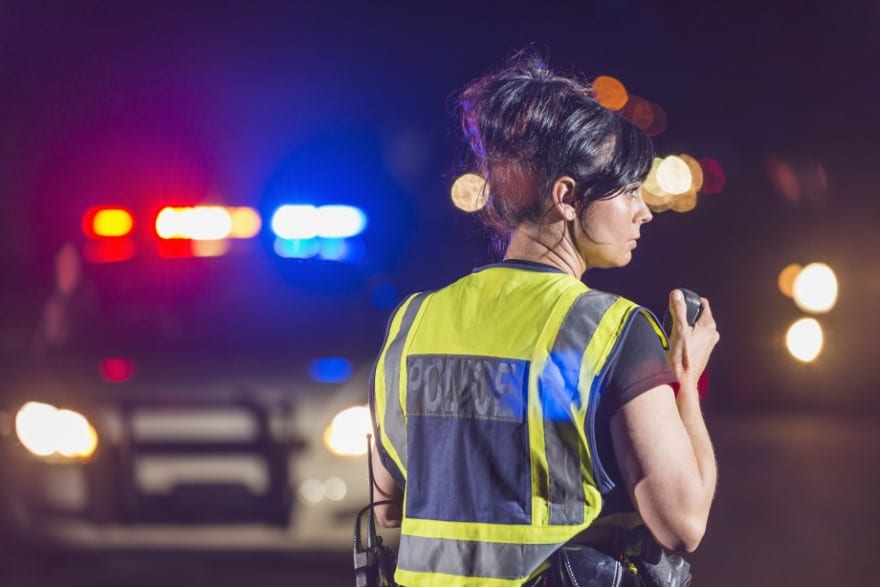 All too often, signals and calls between agencies are lost in a maze of radio frequencies. Responses and rescues during Hurricane Katrina, the wildfires in northern California and the shootings at Marjory Stoneman Douglas High School in Parkland, Florida, were all hampered by poor communication.

“Mutual link does something important in our world,” he says. “We enable public safety agencies and their partners a way to seamlessly connect and communicate in times of emergency. Everybody is informed of the right information at the right time.”

Having seen how frequently hackers and spoofers try to breach systems, Mazzarella says he understands why public safety and emergency agencies go to great lengths to protect their networks and operating frequencies.

“If you think about the space we occupy—public safety—we have to be extremely aware of the need for security,” Mazzarella says, recalling how lapses in communication failed to alert New York firefighters before the World Trade Center towers collapsed on 9/11, while police officers were able to get out.

So Mutualink’s Interoperable Response and Preparedness Platform, or IRAPP, allows agencies to selectively bridge their radio and communications systems with partner systems on demand. The platform is unique in protecting agency systems and information. Each agency is in control of those resources and they are only shared by a dynamically encrypted invitation on an incident session basis. This makes the system different from other arrangements that don’t work well under “federated” sharing models where external parties have direct access to another agency’s systems. 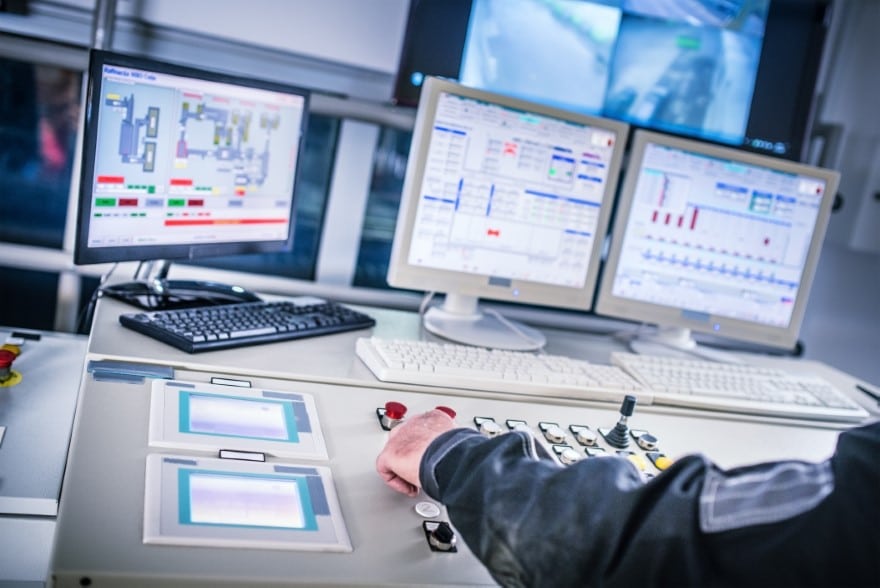 “Our system is unconventional and innovative— it’s not designed conventionally like a by a communications switch, a ‘central brain,’” Mazzarella explains. “We have a brain at every end point to convert and send information on a secure peer to peer basis.”

Mutualink installs IRAPP platforms on work stations it sells, as well as on devices including laptops and cell phones. The platform also connects with panic buttons and is used in many school districts throughout the country. Users connect by pushing a red “panic” button, activating immediate incident coordination and communication, including live video and sensor readings with first responders.

Mutualink platforms can also integrate gunshot detection systems, chemical and biological sensors and video recognition alert systems. Its technology is part of an ongoing U.S. Department of Homeland Security funded “smart cities” innovation project hosted at George Mason University in Virginia, involving internet of things technologies and how they can be applied to urban planning.

Navigating the complexities of the platform has long been Mazzarella’s task—he was in charge of Mutualink’s research and development and authored more than 20 patents for the U.S. and 50 internationally. Among his patents are inventions for dynamic communications and coordination of media assets, wearable biosensor triggered communications, drone-based mesh networks for interoperable communications and distributed video analytics.

Early in 2019, Mazzarella began taking a more active role in overseeing the sales functions of the company, and his general counsel duties still include capital structuring, financing, corporate governance, regulatory compliance matters, IP and licensing, vendor and distribution agreements among other things. 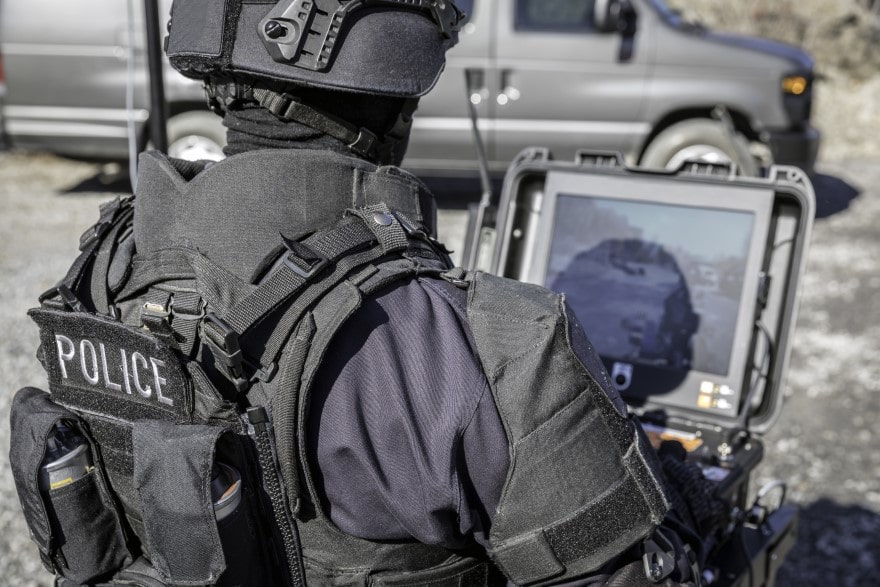 States including Florida, Texas, California, Connecticut, New York, Pennsylvania and New Jersey use Mutualink, as well as the Federal Energy Management Agency and others. The platform is protected from some liability with a certification from the DHS under the Support Anti-Terrorism by Fostering Effective Technologies Act, as it is considered a provider of Qualified Anti-Terrorism Technologies.

“If you’re general counsel in 2019 and you don’t understand the business intimately, you won’t add value and you won’t be successful,” he says.

Out of the lab, into the law

That’s a skill Mazzarella built early in his career, if unconventionally. He’s both helped sell a zoo and form the NFL’s Jacksonville Jaguars. It’s all the more improbable as he first earned an undergraduate degree in chemistry from Hobart College in upstate New York. But that he did, later earning his J.D. from Tulane University in 1989.

“It was a perfect way to find out why the way things are as they are,” Mazzarella says.

His first job following law school was for a private firm then known as Cummings & Lockwood (it became McCarter & English), and gave him the connections that got him into communications law with Connecticut Telephone. Since the mid-1990s, Mazzarella has worked in both IT and communications, and joined Mutualink a year after the company was founded in 2006.

Mazzarella, 55, is married with three children, and admits he has little time for hobbies outside of work; his days and duties being full with contracts, finance, risk management and IP work.

“I’ve managed to stick a lot of stuff in my head,” he jokes.

Plus, the opportunity to support first responders is plenty fulfilling.

“It’s a great opportunity to do something impactful,” he says. “It’s a righteous mission that propels people forward and I’m glad to be a part of that.” 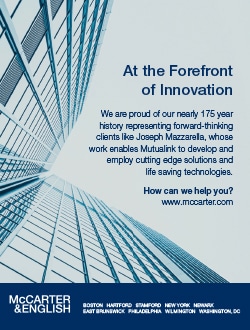 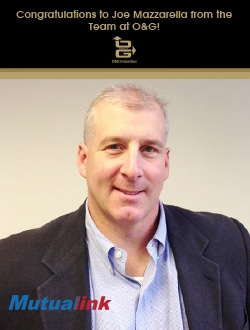