Her sole client being North America’s sixth largest coal producer, Jennifer S. Grafton is quick to advocate for the much-maligned energy source whose use has seen a decline over the past five years, but remains necessary if the lights are to stay on after sundown.

“I am not a technical person, but I can tell you that coal is still needed to maintain the reliability of the national grid and to keep consumer costs down,” the energetic chief administrative and legal officer tells Vanguard during a mid-September interview from Westmoreland Coal Co. headquarters in Englewood, Colorado, a short drive south of Denver. 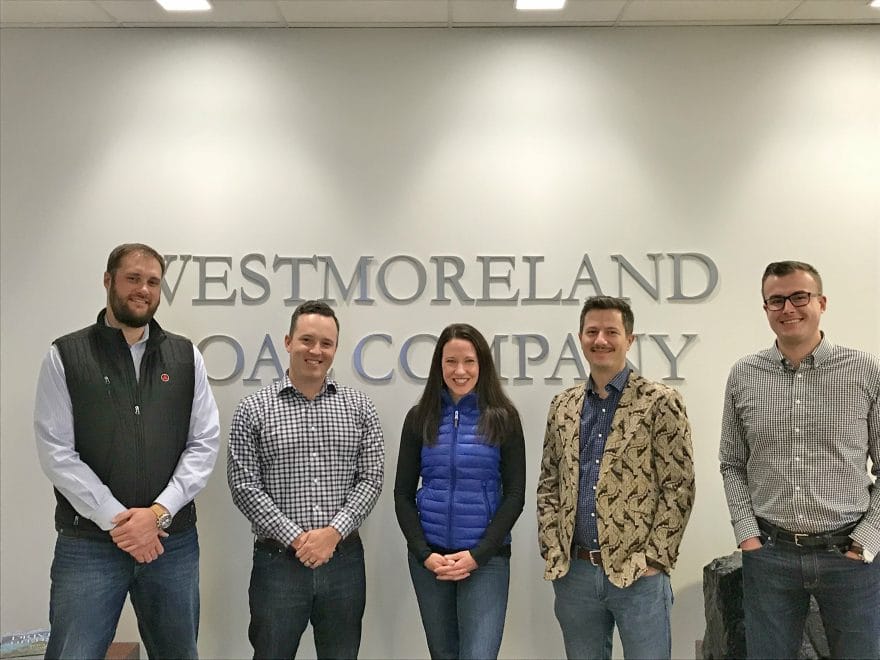 “To my knowledge, the commercial technology required to store solar and wind energy doesn’t exist today. The coal we provide to our neighboring power plant customers is cheaper than natural gas due to our transportation advantage, and our mining operations are safer and more environmentally-friendly than what the industry’s critics would lead you to believe.”

Evidence of the latter claim abounds in multiple awards the company has received for mine reclamation, she says, even noting that at some locales, Westmoreland could have done more if not for rules that required that the land be put back as it was before it was first disturbed by heavy excavation equipment.

“It can be a bummer,” she muses. “Upon mining an area, there have been times when we could have created a robust habitat that would attract wildlife and a thriving ecosystem. But, the rules say the land has to be left as it was originally found, and we’re ones to comply. So, we plant scrub brush.”

At least that kind of compliance doesn’t go unrecognized by those who oversee land use in the six states where Westmoreland does surface mining—Montana, North Dakota, Wyoming, New Mexico, Texas and Ohio—and the Canadian provinces of Alberta and Saskatchewan.

What just a few years ago was Westmoreland’s 35,000-acre Jewett Mine in Leon County, Texas, has become restored rolling grasslands, the four huge pits giving way to an ideal roosting area for quail and other gamebirds. So impressed were Lone Star State authorities, that in 2013 no fewer than three agencies cited Westmoreland for exemplary environmental stewardship that wouldn’t have happened without the company’s strict adherence to rules—an area in which Grafton can take considerable credit. 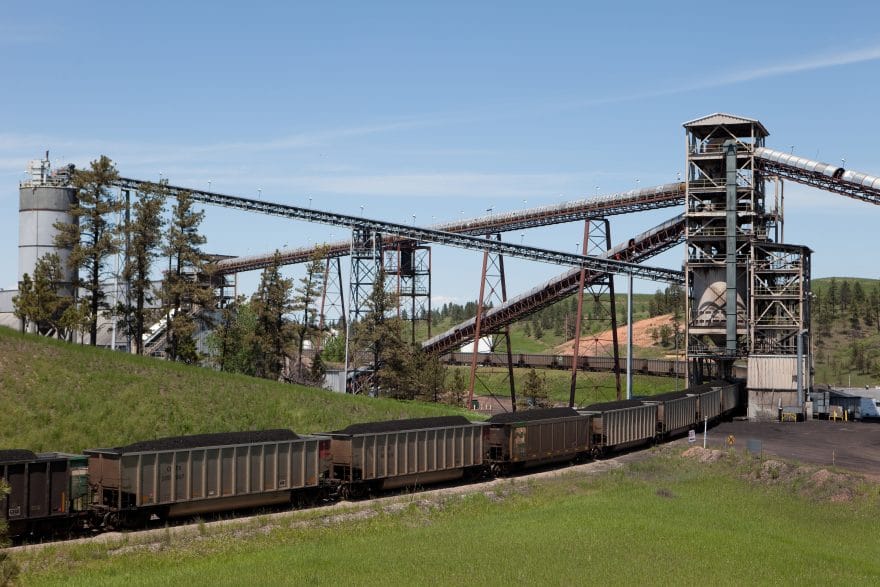 The Texas Parks and Wildlife Department presented the company with one of its five statewide Lone Star Land Steward Awards for best conservation practices and awareness of maintaining and enhancing ecosystems. The Railroad Commission of Texas’ Surface Mining and Reclamation Division feted Westmoreland with its Reclamation Award, citing the company for establishing natural looking woody species habitats. Finally, the Texas Commission on Environmental Equality sent its accolades for what it deemed a thorough land-restoration process.

Westmoreland’s operations elsewhere have been similarly recognized, its Montana mine honored by the U.S. Department of the Interior, notes Grafton. Westmoreland’s Absaloka mine near Hardin, Montana, recently hosted Vice President Mike Pence, Secretary of the Interior Ryan Zinke, Sen. Steve Daines, R-Mont., and other dignitaries, to showcase the company’s reclamation and unique partnership with the Crow Tribe.

“Generally speaking, the rules are relatively the same, whether it’s the U.S. or Saskatchewan or Alberta,” Grafton explains. “We’re sticklers for compliance. We want to be known for good stewardship.”

And, Grafton stresses, for providing a means of livelihood for those she regards as the finest of working people.

Salt of the earth

“No matter what one thinks about coal, the people who work in the mines are among the best human beings you will ever meet,” Grafton says with emphasis. “You’ll never meet anyone who works harder, who believes in safety for everyone in the crew, and is committed to putting the land back together when the job is done.”

Grafton reminds that miners don’t live in large metropolitan areas. The former Jewett mine was about 90 miles from San Antonio, and that made it one of Westmoreland’s operations nearest to a city of major consequence. She’d like for coal’s critics, especially those in urban locales, to spend a day in a miner’s steel-toed boots.

“You want to see humanity?” she rhetorically asks. “Then go to those small towns and spend a day with the miners.”

As to how Grafton came to care about the folks who dig for coal, she’ll acknowledge there was some happenstance. A California girl who earned undergrad degrees in politics and government at the University of Puget Sound, she held off on law school for a few years after her 1998 graduation, working as a staffer for the late U.S Rep. Jennifer Dunn (R-Wash.), as a paralegal for Keller and Heckman, and in sales for Verio, before enrolling at the University of Denver’s Sturm College of Law. 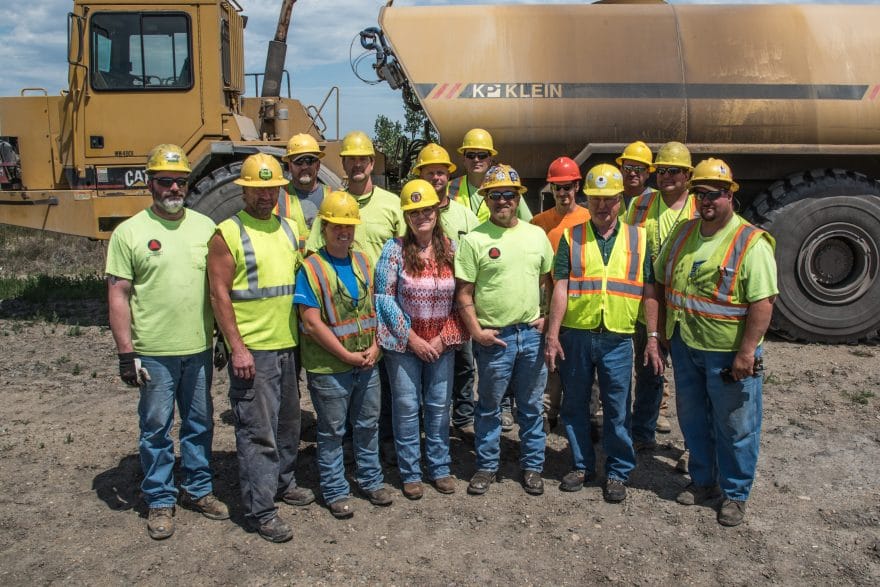 Well-versed in business law, Grafton’s goal was in-house work at a publicly-traded company, but she first garnered experience in Denver as a corporate securities attorney with Berenbaum, Weinshienk & Eason and then as an associate with Kutak Rock.

She joined Westmoreland as associate general counsel in 2008, with her early duties heavy in overhauling the company’s compliance and governance programs, and rearranging relationships with outside law firms. After a couple of promotions, she ascended to her present duties, and enhanced her credentials in 2014 with an MBA from the University of Michigan. During her tenure, Grafton has catalyzed tremendous growth at the corporate level of Westmoreland. She has overseen, from a legal aspect, five major acquisitions that have doubled the size of the company and made Westmoreland one of the, if not the, largest operator of mobile draglines in the world.

“It was a steep learning curve, as I didn’t have an engineering background. But from the start, it was a very supportive atmosphere. I had a lot of terminology in which to familiarize myself.”

If those terms haven’t yet become second nature, they’re at the very least part of Grafton’s working vocabulary as she goes about her greater duties of Securities and Exchange Commission compliance, corporate governance, board management, risk management, overseeing the IT department and employee relations.

Her academic and professional credentials notwithstanding, Grafton is still something of a rarity—a woman in a high position in a male-dominated industry. She appreciates the confidence the Westmoreland board has had in her from the beginning, and isn’t shy about asking for help. She’s grown comfortable enough to be one of three women on the industry’s lobbying arm, the Washington, D.C.-based National Mining Association.

“It’s exciting to be one of the folks at the table to be able to shape the business,” she says. “There is so much misinformation about the industry, so many environmentalists going after it at all costs to the economy.”

Her defense of the coal industry never rests. 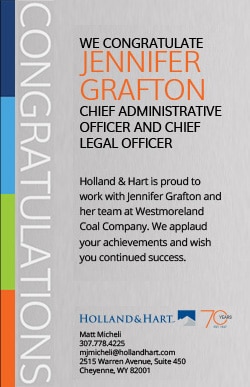 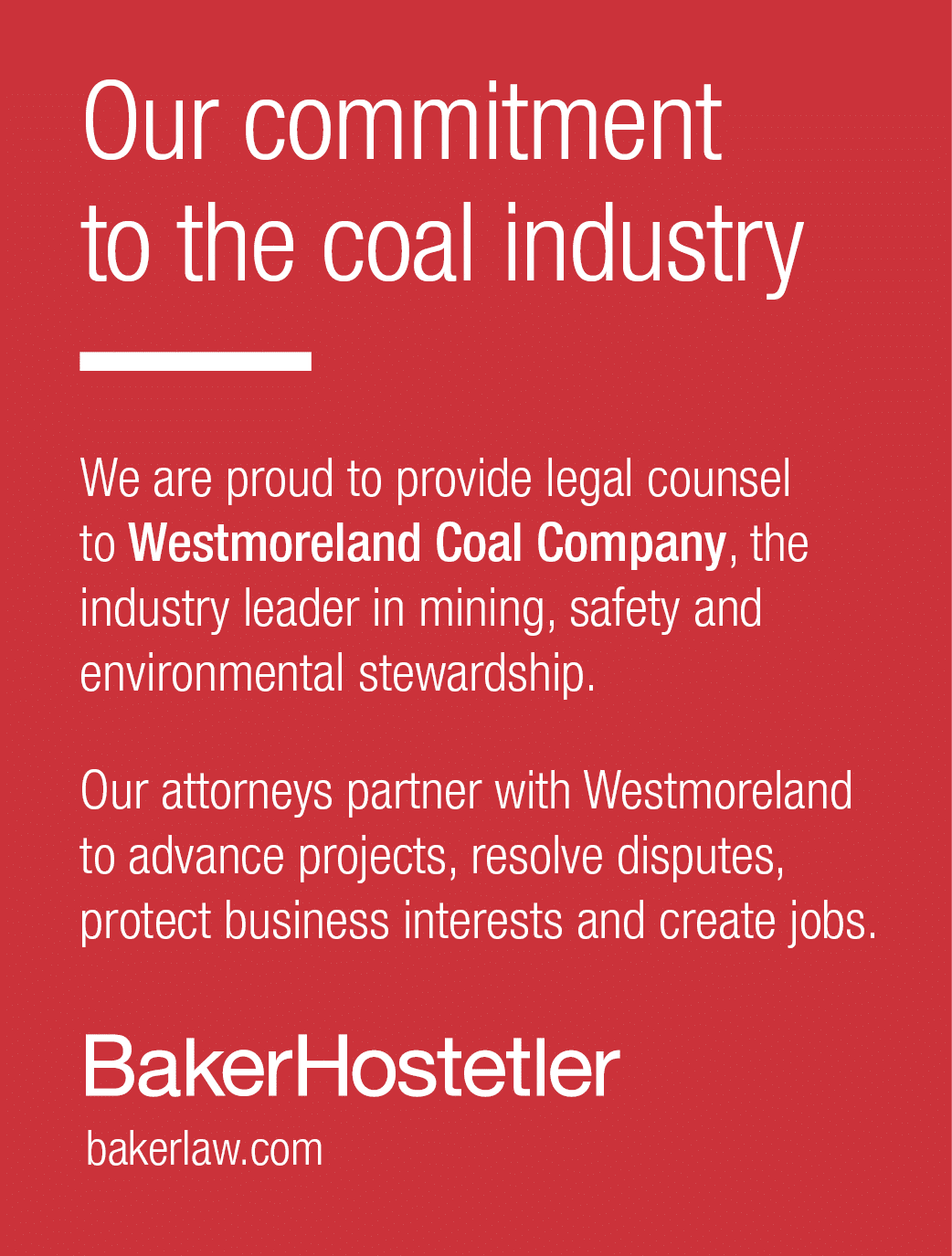