Sea legs earned through due diligence

The $20 million contract awarded this past spring for The Dutra Group to dredge a channel in the Columbia River shows the depth of the company’s capabilities.

Joy (Bily) Bender digs nearly as deep. General counsel of operations for the past three years and a member of Dutra’s legal team since 2012, she oversaw the details that preceded heavy machinery hitting riverbed and harbor bottom.

This project running from the Columbia’s mouth in Oregon to Longview, Washington, required her involvement from the start. First, Bender reviewed the U.S. Army Corps of Engineers’ solicitation of bids and then analyzed the contractual and operational risk. Then, she reviewed the response drafted by members of her employer’s estimating team to ensure compliance with all solicitation requirements. 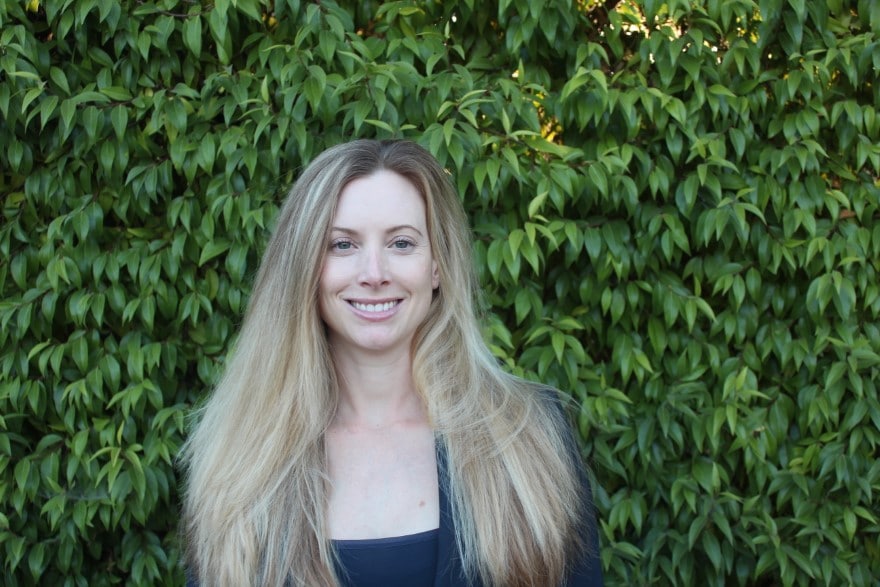 Then came finalizing the contract, and that’s only for one of the multiple major projects Dutra has won this year, five of which were for U.S. Army Corps of Engineers dredging projects. Just winning a contract for marine dredging, construction or sediment distribution can be the hardest part, Bender explains.

Dutra didn’t know who else was in contention early this year when it bid to dredge the Columbia River, as well as the shipping channel leading into San Francisco Bay. In addition to offering an attractive price, the company had to show it was a responsible bidder, including that it could comply with regulations, many of them environmental.

“Performing this type of work is subject to so many rules and regulations, and violation of any is hugely detrimental to our company’s interests,” Bender tells Vanguard in August from Dutra headquarters in San Rafael, California. “Dutra takes its responsibilities, particularly to the environment, very seriously.”

In the same boat

She’s just as vigilant, negotiating the nuances of each contract to mitigate the risks that come with Dutra’s massive suction dredger, the Stuyvesant, clearing a path for tankers, freighters and cruise ships. Sometimes it’s necessary to delay a project on the front end, she explains, if it means saving time and money as work proceeds.

“The accomplishment I am most proud of is the relationships I’ve built, both internally and externally,” Bender says. “Internally I’ve shown my colleagues that operational matters and legal matters are two sides of the same issue, and that we must work together to effectively identify, evaluate, and mitigate risk.”

That took some doing earlier in her Dutra tenure, Bender noting there wasn’t much legal oversight of operations when she became an associate corporate counsel and compliance manager over nine years ago. Much of the industry was still accustomed to handshake agreements rather than dense legalese, but she won in-house converts as her due diligence proved worthy. 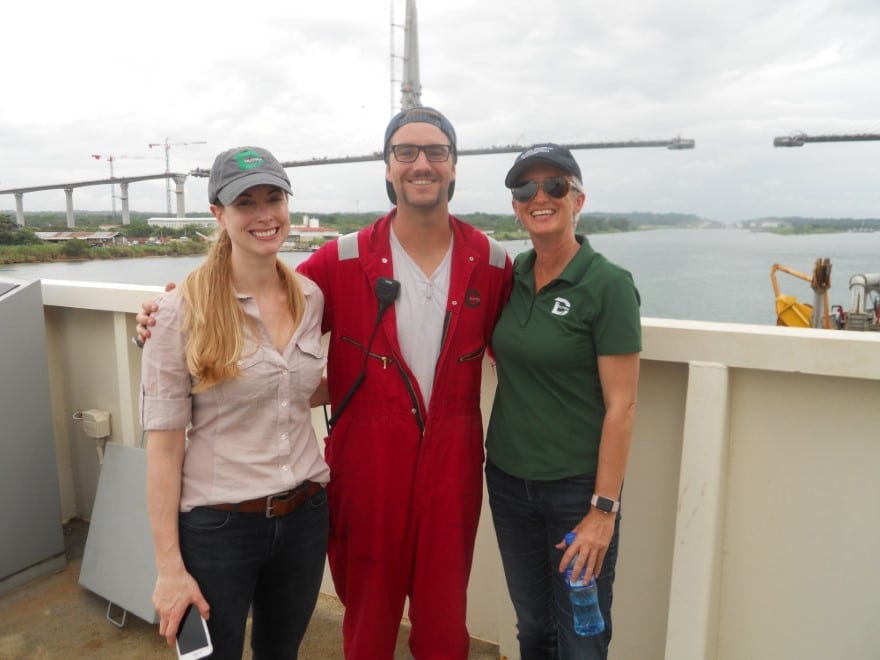 Externally she continues to build relationships with industry stakeholders who run a wide gamut. Small vendors provide basic goods and services necessary to commence a project while shipyards fabricate or maintain Dutra’s fleet. Agreements must be forged with labor unions while industry colleagues may be needed as partners. Then there are local concerns to satisfy, as all ports are unique waterways.

Such a broad section of stakeholders may have Bender negotiating with someone who has minimal legal experience. Or sitting across the table might be the general counsel of a multinational energy explorer or shipping line.

While Dutra’s interests must come first, Bender emphasizes the importance of a mutually beneficial deal that betters the odds of repeat business. River mouths, channels and harbors are never stable environments and must be dredged regularly to enable commerce. Today’s competitor may be tomorrow’s partner.

“Although negotiations are often viewed as combative, I strive to foster a collaborative dynamic where the battle of wits is respectful and enjoyable,” she says. “At all times, I keep in mind that the two companies are ultimately partners in the resulting endeavor once the contract is signed.”

It’s all part of being an in-house legal boss, something Bender gravitated to after honing her legal skills as a deputy district attorney for Marin County and prosecutor for Los Angeles from 2010 to 2011.

A most eventful year that was, one that included Bender’s role in 12 jury trials and hundreds of hearings. It was an excellent way, she says, to build her skill set—a prosecutor focused on building the case from jury selection to closing statement.

In house, the University of Southern California, Gould School of Law graduate says she’s applied a similar mindset to her two corporate roles, starting with GistCloud where she served as general counsel from 2011 to 2013. That San Francisco-based content-platform startup went under due to inadequate financing, but for Bender it wasn’t a wasted two years. It accustomed her to doing almost everything as a one-person department and made her an attractive candidate for Dutra. 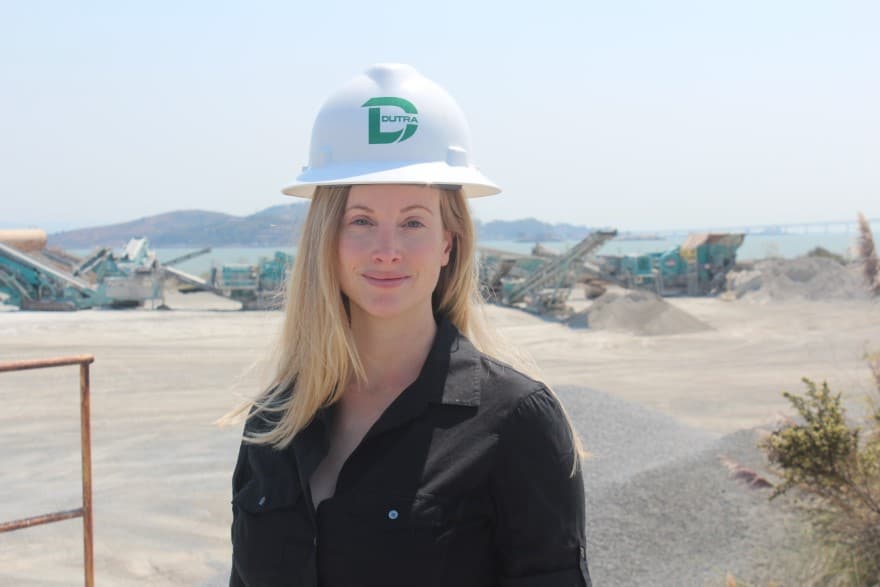 Dutra’s legal staff is only slightly larger, with Molly Jacobson-Greany holding the dual roles of chief administrative officer and general counsel, with Bender her direct report. Recently, John Wyma-Hughes was brought in as associate general counsel.

Bender’s had her hands full as of late, personally and professionally, just back from maternity leave after giving birth to her first child, Charlotte. But much might be pending on the bid front, the shipping industry booming and in need of dredged waterways and modernized facilities.

“We’re very much an essential business and one that touches so many areas of the law,” she says. “I’m constantly learning as we work in so many different states. It can be challenging but never boring.” 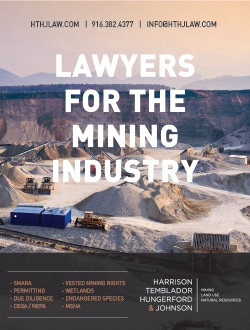 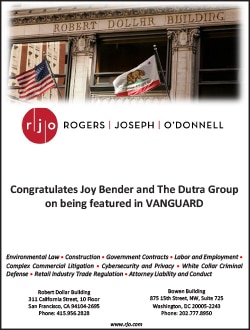