No one looks forward to getting an MRI. But Matt Cameron wants people to know that this stress-inducing procedure is not only easier than ever; it’s also becoming more and more convenient to schedule and undergo.

That’s the premise behind Akumin Inc., where Cameron serves as the general counsel and senior vice president, leading the Canadian company’s ambitious expansion in U.S. cities. 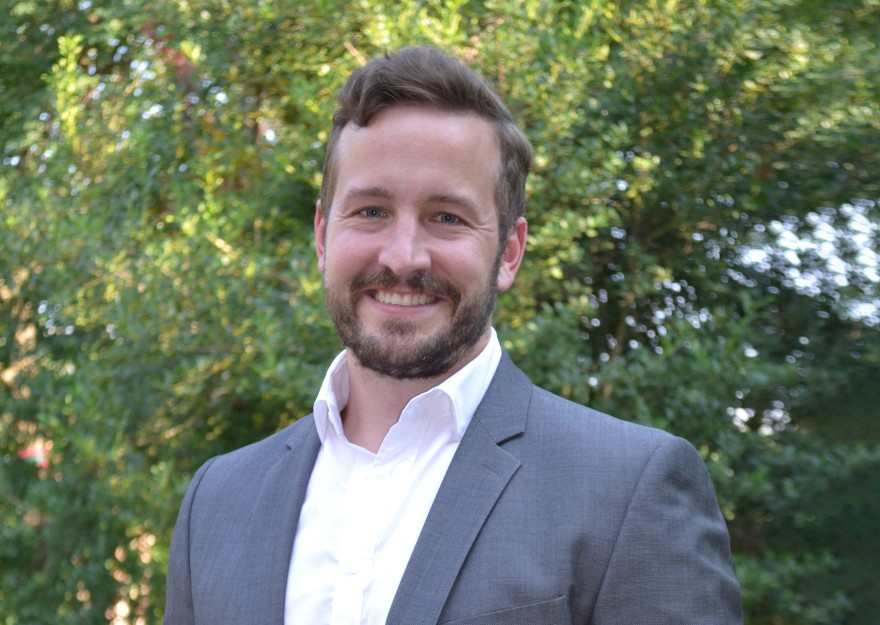 “The exciting part of what we’re doing at Akumin, and where I play a big role, is to modernize the outpatient imaging space,” Cameron says. “We want to create a consistent service that’s easily understood and is very familiar.”

A snapshot of the outpatient imaging landscape in the U.S. shows a very fragmented picture, though there’s no dearth of locations to serve patients.

Cameron estimates there are 6,500 imaging centers in the U.S., with the largest single owner operating around 330 of them. Akumin, founded in Toronto in 2014, acquired its first 13 centers in south Florida and Cameron has been involved in every deal after that first acquisition. 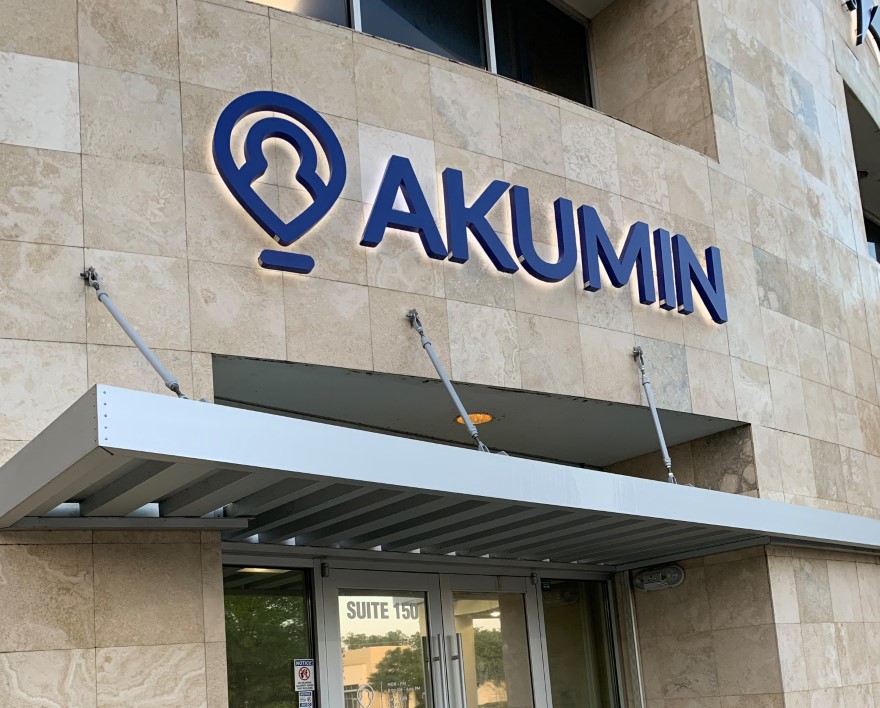 The company now has a second headquarters in Plantation, Florida. Since Cameron started as outside counsel, and through his tenure in-house, the company has grown its portfolio to 130 centers.

Akumin owns centers in seven states, most prominently in Florida, Texas and Pennsylvania. Larger deals in targeted areas in Texas and Florida also resulted in acquisitions, bringing the company to Georgia, Illinois and Kansas, he says.

“This is density-driven growth,” he explains. “Our locations are not going to be singular and we want to be in places where relationships with insurers, providers and the community have already been established.”

While his role in Akumin’s initial expansion was considerable, Cameron says the work required to maintain that growth is even more complicated. Due diligence and analysis being critical to the terms of a deal, he typically gets involved in transactions earlier than he would as outside counsel.

Because acquisitions are preferable to new construction, Cameron and his team must consider many factors: what the existing practices may specialize in; the types of imaging devices used; the volume of business; the reasons someone may be looking to sell; and how the center fits into its surroundings—by both density and proximity to healthcare infrastructure.

“There’s a much bigger ownership role to it,” Cameron says. “Now I have to look at all of the pieces.”

After a deal closes

And unlike outside counsel, Cameron plays a role in expansion after the M&A work is completed, especially in his role as a senior vice president. Akumin has ambitious growth plans but doesn’t immediately rebrand its acquisitions after deals are completed.

Onboarding staff at newly acquired centers is handled by a dedicated HR team, but it’s Cameron who takes on such legal details as transitioning site and equipment leases and converting existing insurance payer networks over to Akumin’s network, a process that can take many months. 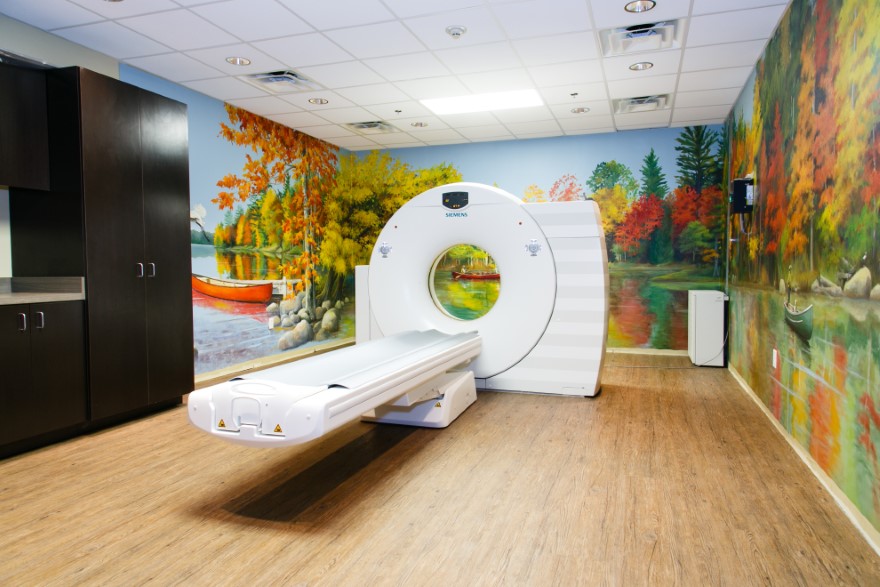 Not only can a sudden change in the brand and name of a center be jarring to patients; the transition period can be one of the highest risk points for failure in an acquisition, Cameron says.

“When we first close an acquisition, we try to continue business as usual to minimize disruptions,” he explains, adding it could be several months before the Akumin name appears on the door.

The transition of healthcare reimbursement also adds complexity when compared to other M&A activity, Cameron adds. Reimbursement contracts aren’t easily assigned from the former owner and each payer has its own rules as to whether or not a new owner can roll a newly acquired site into its existing network contract.

“If you get it wrong, it can have a negative impact on the cashflow for your new acquisition,” Cameron summarizes.

In the midst of expansion plans came the COVID-19 pandemic. While there was no question that Akumin’s imaging centers would be deemed essential businesses, Cameron says instilling trust that they were safe to visit was crucial.

If centers were closed, people needing imaging services would have to make hospital visits that potentially carried greater risk of exposure to COVID-19. To help manage this risk, Cameron says Akumin dedicated about 10 centers specifically for patients who were symptomatic and notified the public of those designations.

The approach enabled patients showing COVID-19 symptoms to receive imaging services that could help with treatment of the virus as well as other medical conditions they might face. At the same time, having those dedicated centers created a level of trust and safety for patients without COVID-19 symptoms attending the other clinics, Cameron says.

Eventually, as protocols were improved and more was understood about the novel coronavirus, the designations were no longer needed. And while states like Florida and Texas saw a surge in cases in the summer, it hasn’t greatly affected how Akumin operates.

“We’re going to stay open and continue with our infectious disease protocols as recommended by the CDC,” Cameron says. “But please wear a mask.”

Akumin’s centers are still open, but Cameron was still working from his home in Arkansas when he chatted with Vanguard in July.

If he’s a long way from Akumin’s Florida headquarters, he’s even farther away from his Canadian roots in Nova Scotia.

Raised in Halifax, Cameron says his early interest was politics, not law. His father was a veterinarian, his mother taught, and he first studied business administration and computer science, earning a bachelor’s degree in 2003 from Saint Mary’s University in Halifax. He was also vice president of internal affairs for Saint Mary’s University Students’ Association and was also a member of the academic senate and board of governors of the university. 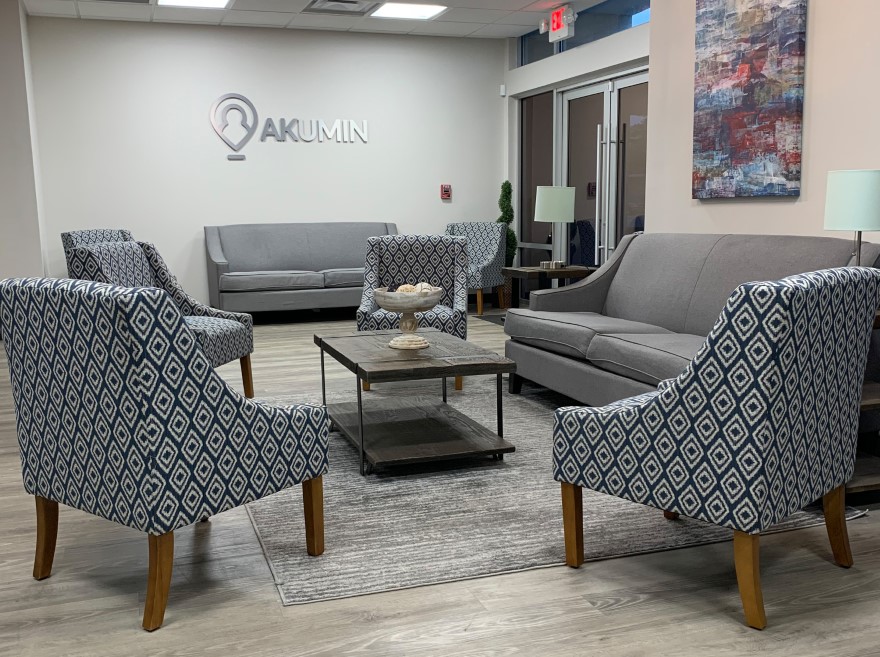 While attending Saint Mary’s, an instructor pointed out Cameron could take a generalist’s approach to studying law and an ensuing career, which he found more appealing than targeting a specialty.

He continued on to Dalhousie University to study law, meeting the woman he would marry while earning a Bachelor of Laws in Common Law in 2006. That was followed by an LL.L. degree in Civil Law from the University of Ottawa in 2007.

His legal career began in a private firm where he became a corporate/commercial associate, and after he joined Stikeman Elliott LLP as a corporate associate in 2010, he first became acquainted with Akumin.

M&A was a focus, but hardly his only area of legal interest.

“I was a generalist before becoming a general counsel,” Cameron says. “I found that I was able to better serve my clients because of it.”

As Akumin’s growth trajectory rose, the company found it needed more than just outside counsel; it needed legal guidance to help scale the growth while building a widely recognized network patients and health care professionals could trust.

“I came into a business that was actually eight different businesses, none of which had a lawyer, in the process of unifying under a single brand,” he recalls. “It’s been a great opportunity for me to manage risk, delineate authority and know the structure. I still have the intellectual rigor of M&A but have more control.” 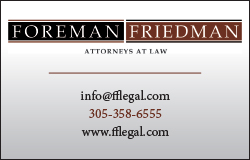 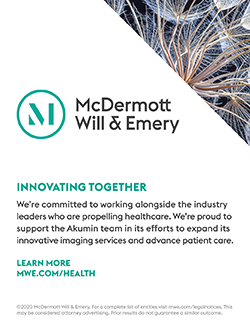 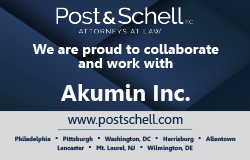 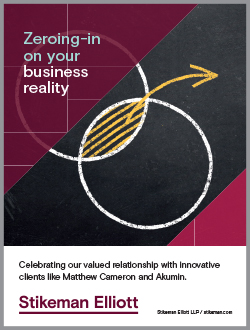