Because DEI is good business at EY

It’s not every day that companies face an inflection point. So reflects Nehal Siddiqui on the past two years where institutions such as her employer, Ernst & Young LLP (EY), have stepped up and undertook initiatives aimed at advancing social justice and equity.

On the social justice front, EY’s efforts intensified in the wake of headline-grabbing social unrest nationwide as well as unmasked societal inequities. These events challenged EY emotionally and caused the firm to look inward, she says, to reflect on what more it could do contribute toward meaningful progress. 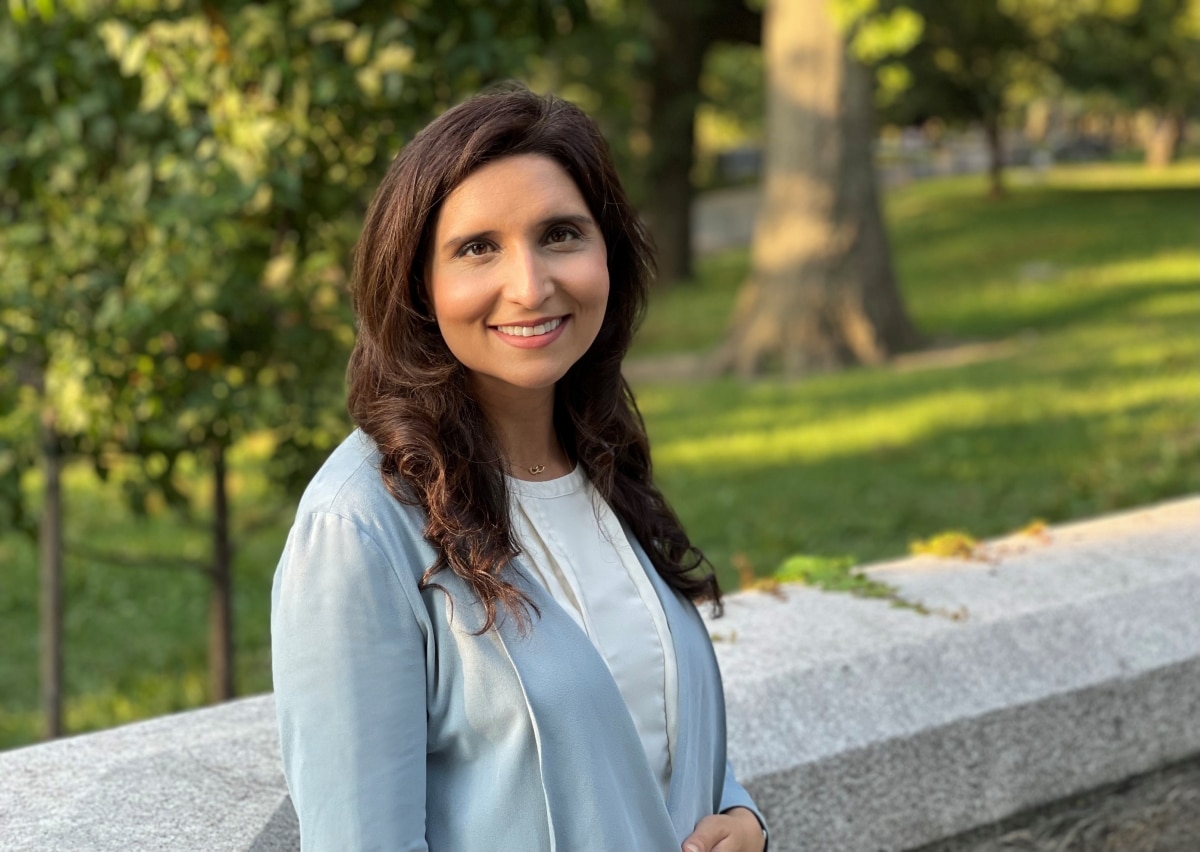 At EY, initiatives included virtual townhall style discussions that allowed its people to be comfortable in feeling uncomfortable, which she says is often a necessary first step in tackling difficult subjects. The firm also established a social justice fund for EY professionals to recommend organizations for financial support.

In developing a plan for the last fiscal year, the DEI committee solicited feedback from colleagues across the legal department and firmwide to focus its efforts. Certain themes were repeated with intentional hiring at the forefront. This resulted in the legal department’s commitment to ensuring a diverse slate of candidates are interviewed for every open position, including at least two candidates from underrepresented race and ethnicity groups. The legal department has also broadened its reach by tapping into historically Black colleges and universities.

But employing diverse candidates is just the start, Siddiqui notes. To truly close the equity gap, she says integrating and developing diverse talent are equally important. To that end, this past spring the legal department conducted a two-part training on inclusive teaming and leadership, with Siddiqui serving as one of the facilitators.

“The training was designed to let us explore new perspectives that each person brings and create an environment where those differences matter,” she says. “Not only does that create a sense of belonging that benefits people at an individual level, but leveraging differences allows us to achieve better results at an organizational level.”

In addition to looking inward, the general counsel’s office is also encouraging its external law firms to join EY in nurturing the professional growth of underrepresented constituencies. Last year, the legal department signed on to the ABA Model Diversity Survey Pledge and requested its external law firms to report on their diversity metrics for matters where they represented EY. The data is used as a factor in procuring and evaluating law firms.

“We’re embracing our commitment in this area,” Siddiqui states. “We’re recognizing that there are issues, talking honestly about them and inviting our people to share their perspectives.”

The committee also organized a diversity summit that focused on the obstacles that racially and ethnically diverse lawyers face while trying to advance their careers. The discussion was eye-opening for many, Siddiqui notes, and demonstrated the legal department’s willingness to have such difficult, but necessary, discussions.

Since then, she says the legal department has endeavored to “walk the talk” by refreshing its reimbursement policies to cover affinity-based bar associations and other professional organizations that provide mentorship, training and development opportunities to its members. It also joined Pathways to Partnership, a program established by The Chicago Committee on Minorities in Large Law Firms, with a principal objective to increase the number of diverse partners at large law firms by helping diverse associates develop client relationships and make them more competitive candidates for law firm partnership.

As an assistant general counsel in the corporate group since January 2017, Siddiqui is lead in-house lawyer for EY’s consulting service line. She’s also counted upon to provide counsel on matters such as the firm’s governance, partnership operations, finance, structuring and retirement plans.

“I’ve been afforded opportunities to work on a variety of projects over the last five years,” she says. “It keeps me agile and ensures that I’m continually growing as an attorney and learning different aspects of our organization, especially as it continues to evolve.”

For the Pakistani-born Siddiqui, the DEI hat is a natural fit. As vice president of the Muslim Bar Association of New York, she recalls how local police engaged in a surveillance program that targeted Muslim- Americans based on their faith. MuBANY signed on to amicus briefs challenging the program, which ultimately was found unconstitutional and discriminatory.

Siddiqui began her legal career in 2010 in the New York office of Milbank, Tweed, Hadley & McCloy, commencing with a seven-year stretch at the firm in its mergers and acquisitions group. While an associate, Siddiqui twice participated in the firm’s pro bono fellowship program.

She advised the International Rescue Committee, a humanitarian nongovernmental organization now aiding Ukrainian refugees. Its focus then was on Haitians seeking legal entrance to the United States following a devastating earthquake.

She later advised at the Acumen Fund, a nonprofit that steers investments in sustainability and social investments, such as housing and healthcare. During her time there, Siddiqui worked with early-stage companies whose projects focused on South Asia and Africa.

These seminal experiences of working with underprivileged and underrepresented communities were formative in shaping her views, she recounts. “It highlighted the importance of being socially conscious — to recognize the disparities that exist in society and finding ways to tackle them.”

Siddiqui says law firms and in-house departments should adopt more programs focused on DEI and social responsibility as a way to be a positive catalyst for change in society. Reflecting on her EY experience, she says, “It’s more than paying lip service to DEI. We’re looking for an impact that will reverberate.” 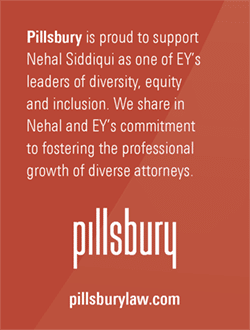