Like millions of Americans, maybe you use your morning commute to plan the day ahead. You mull over the assignments you need to get to first. You take note of calls and appointments you know you’ll cover. All of it you ponder so deeply that you forget every turn and lane merge made along the way.

Tom Newell knows he’ll get to all that. For now, as he drives the 540 beltway around Raleigh, North Carolina, on his way to company headquarters, his mind isn’t on the daily details. It’s on the company—and the bigger picture. 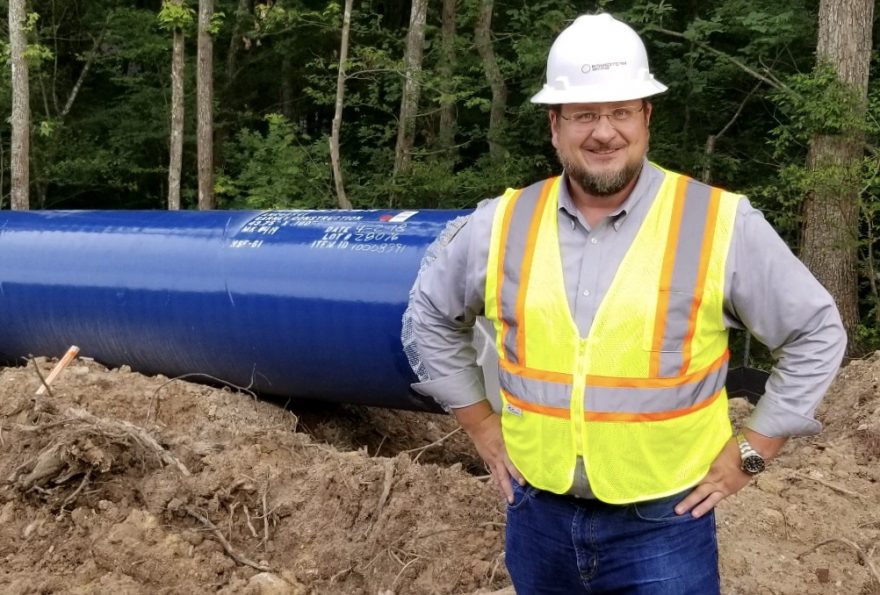 “I’ve known since the day before what my calendar looks like,” says Newell, chief legal officer and secretary at PowerTeam Services. “What I’m thinking about is how I’m going to get the best value out of myself and the people I’m interacting with. It’s the people first, because they drive the processes.”

Of course, given the sheer scope of PowerTeam, a super-regional electric and natural gas utility services provider based in Cary, North Carolina, the processes are pretty darn important. Occupational safety, regulatory compliance, attention to results: These things matter, as much to the crews repairing downed powerlines and installing pipelines, as to the company itself.

But for Newell, better internal processes—and greater return on investment—are the products of a healthy corporate culture. He knows that in today’s increasingly complex legal and regulatory environment, strategic advisors like him play an important role in helping nurture organizational cohesiveness.

“Today’s in-house lawyer needs to focus as much on strategic initiatives to drive organizational culture, as they do providing legal advice,” Newell says. “A fundamentally healthy culture lowers operational risk and delivers greater value to the stakeholders.”

That he didn’t say “shareholders” is worth noting. According to Newell, everyone—from front-line employees to management, customers, bankers and investors—should be treated as an integral thread in the greater company fabric.

Inspired by Patrick Lencioni’s influential work on business management, Newell has sought to foster an environment where leadership is followed not for its own sake, but for the example it sets, be it in a job safety brief or boardroom meeting.

It starts with what Newell calls the foundation of any strong culture: trust. Not long after arriving at PowerTeam, Newell helped convince company leadership to adopt a more robust benefits package. While initially hesitant to make the change, employees soon realized the earnestness behind the gesture.

“We worked with people from every one of the company’s operating subsidiaries,” Newell recalls. “By the end of it, people started looking at the process differently. And that informed how they viewed their own roles in the company.”

With the right amount of trust in place, conflict becomes much easier to manage. Typified by constructive debate, conflict is seen as the stepping stone to another C: commitment, or the process of getting buy-in throughout the company ranks.

Next, and perhaps most crucial of all, he says, is accountability. In Newell’s telling, accountability isn’t something to be deferred or delegated; it’s a permanent state, a mission hung like a banner on the building’s façade. If someone unknowingly puts out a statement or policy without first checking with a project leader, how the misstep is handled says more about the company’s culture than any Casual Friday ever could.

“It’s not just about praising people when they win; it’s about helping them back up when they fall short,” Newell says. “When you have the right ends in mind, you’re genuinely thinking about the best interest of the company, and you’re making judgment calls, mistakes are bound to happen. It’s all in how you address them.”

Part of Newell’s approach involves defining clear roles and encouraging employees to visualize and plan ahead for future compliance issues.

In the world of energy transmission and distribution, that means anticipating opportunities and challenges that come with a growing business. With enough foresight, a company can tackle problems and capitalize on opportunities before they manifest, Newell says.

For example, PowerTeam recently restructured its electric division, a move Newell says will provide a resilient platform for the company’s growth and development.

But while Newell’s ideas and concepts are strategically progressive, the hard work and fortuitous turns that marked Newell’s professional path were as old-fashioned as it gets.

The first fortune came during his freshman year of high school. In the wake of his parents’ divorce, Newell and his sister, Kim, moved with his mom from central Ohio to Fort Myers, Florida. Tall, gangly and not knowing anyone, the 15-year-old threw himself into the only thing that made sense to him: football.

Still, that commitment was only part of the equation. Newell has long believed that the most successful people have someone behind them. Angels, he calls them, and Newell is proud to say he’s had his fair share. 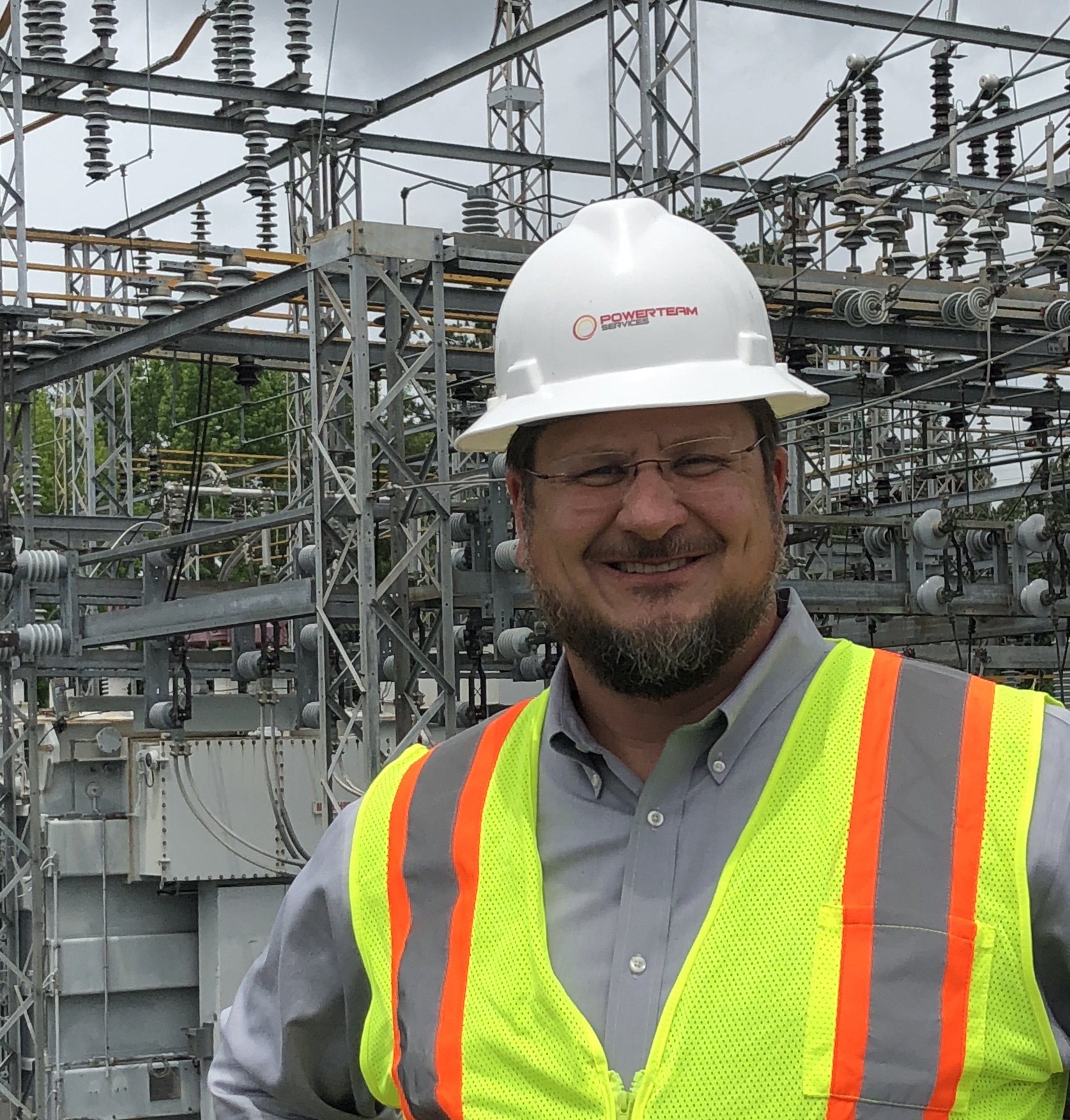 During one high school football practice, locally renowned head coach, Sam Sirianni, pulled Newell aside and asked him if he wanted to play college football.

“Apparently my coach from Coshocton, Ohio, had written a letter vouching for my character,” Newell recalls. “He was angel number one.”

Three years later, Newell earned a full-ride scholarship to Duke University. When he wasn’t manning Duke’s defensive line under head coaches Steve Spurrier and Barry Wilson—both men he also calls angels—Newell was in the classroom, where he became enthralled with the sociology of markets and management. Not just how to build and sell widgets, but how to get people thinking about their roles in more creative ways.

Following a stint as a hotel manager, Newell went back to school, earning a law degree from the University of Akron in 1997. From 1996 until 2001, Newell served first as a clerk, then as an associate for the Canton, Ohio, firm of Krugliak, Wilkins, Griffiths & Dougherty, where he focused on commercial and corporate litigation.

Newell’s move in-house came in 2001, when he was hired as general counsel for Canton-based Top Echelon Contracting. Eager for a new challenge, in 2006 Newell moved his growing family to Spartanburg, South Carolina, where another general counsel post awaited.

During his six-year stint with Advance America, Newell learned the nuances and challenges of managing a 30-plus person legal and regulatory department.

“I learned to always be talking about what’s on the horizon,” he recalls, “and how having the right cultural rituals in place can help your team obtain that vision.”

In 2014, after a brief turn with nearby Gibbs International, Newell was given a chance to bring his path full circle. A colleague mentioned that PowerTeam Services was looking for its first general counsel. Coupled with the company’s location—in Cary, North Carolina, just miles away from his old Duke stomping grounds—the opportunity was one Newell couldn’t pass up.

“It was another fortuitous turn, for sure,” Newell says. “I’ve had a chance to bring both my legal skills and my deep passion for building cohesive and emotionally intelligent organizational cultures to a team of like-thinking executives. What more could I ask for?” 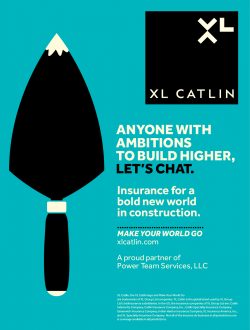 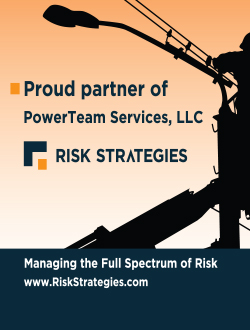 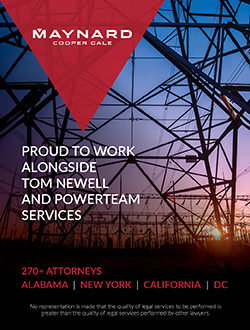 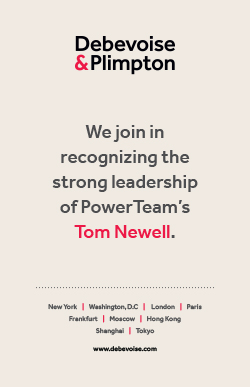 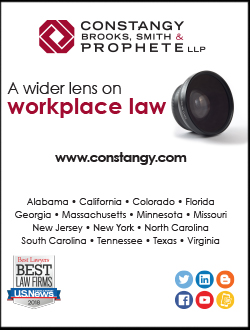