Vicki Goodman knows a lot about power—specifically the utility industry and how power is distributed. 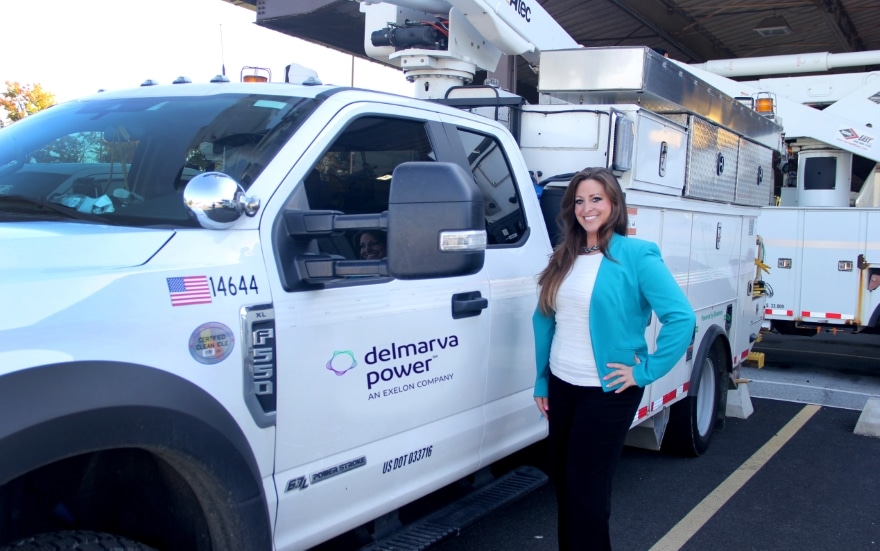 While the work is demanding and rewarding, Goodman says she most enjoys empowering others by supporting Exelon’s community service, diversity, equity and inclusion initiatives, and the mentoring and pro bono work she does with the company’s encouragement.

“I’ve always cared about people and enjoy creating real connections with others and making a positive difference in the lives of others,” Goodman says. “Whether it’s protecting the integrity of elections or helping someone who’s homeless get ID documentation, there’s so many ways we can use our legal degree to help people who need it.”

Goodman manages litigation for Delmarva Power and, when needed, assists with matters impacting the other Exelon utilities. She’s part of a team of more than 20, including attorneys, paralegals and assistants.

She says her work is not just about developing legal strategies when a case is already in litigation in state or federal courts, or in front of regulatory agencies. Understanding business goals, objectives, projects and operations is crucial as it enables her to mitigate risks and resolve conflicts before they become litigation.

“As a litigator, I excel in strategy, risk and issue identification and leadership,” she says. “I have to be detail oriented and put together persuasive packages of information our leadership can use.” 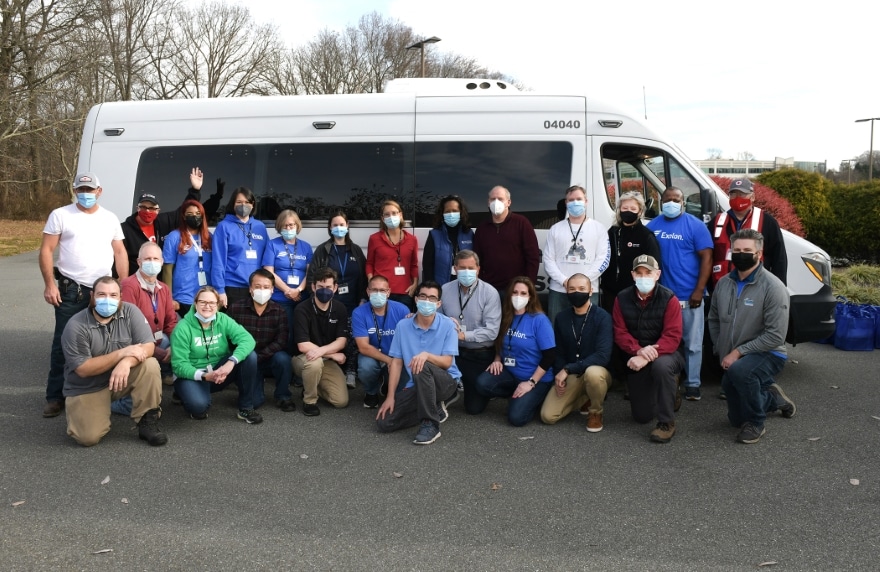 The team at a community service event for the American Red Cross – Delmarva Chapter, making and donating emergency preparedness kits

However, litigation is only part of her work because Goodman says Exelon makes DEI and ESG initiatives and efforts a daily part of its operations.

Goodman began mentoring a female law student in 2021 as part of Exelon’s membership in the Leadership Council on Legal Diversity. She says she provides general advice about studying law and works with her on building her network to ensure her long-term success in the legal profession.

“It’s about helping mentees build a network that matches their interests and finding a path to a career that satisfies those interests,” she says. “For me, DEI is being intentional about learning from others about their lives, experiences and realities to gain a better understanding of the world as others experience it. It makes me a better lawyer because it gives me a better perspective on who the parties are, what motivates them and helps me find ways to resolve conflict.”

She has volunteered with the Homeless Advocacy Project’s virtual legal clinic, which helps homeless people and families. A highlight was helping a mother and child get ID documents, including birth certificates and cards. 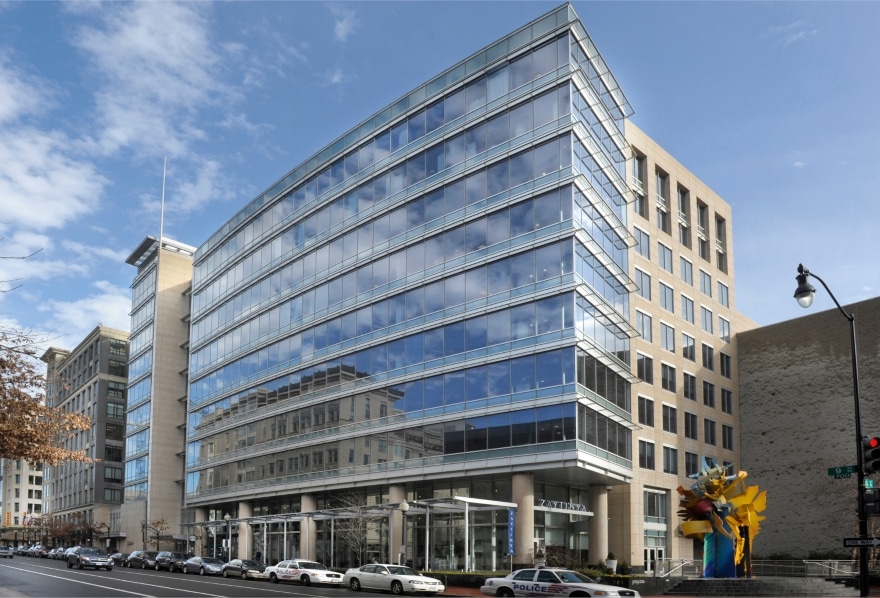 “These are elementary but critical things everyone needs but may not understand how to obtain, requiring guidance to get them through the process,” Goodman says. “You can make a real difference in the life of a person who’s trying to recover from difficult circumstances.”

She also volunteered with the Election Protection hotline, a national nonpartisan coalition, assisting voters by answering process-related questions and helping them with voter registration and other issues.

“I felt like I was enabling whoever wanted to vote to get their voice heard in a way that matters to them,” Goodman says.

Goodman was raised in Delaware County, Pennsylvania, which is located between Philadelphia and the Delaware border. She earned her bachelor’s degree in communications from Millersville University of Pennsylvania in 2000.

At her practice, Goodman became a contract attorney for then-Pepco Holdings Inc., assisting on litigation in Delaware and New Jersey. In July 2015, she joined Pepco Holdings as assistant general counsel. When the company merged with Exelon in 2016, her role began expanding to work with the other utility companies Exelon owns. 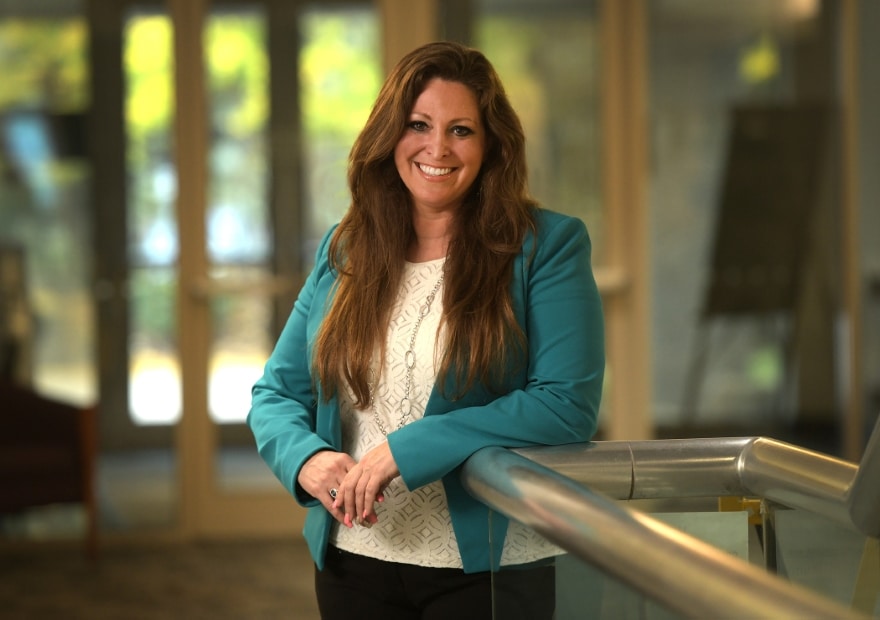 Away from the office, Goodman and her long-time partner are raising their two children, enjoying days at the pool and the beach, and playing golf. They’re also active with the children’s Cub Scouts—activities have included planting trees in support of the Delaware Nature Society and placing flags on the graves of veterans for Memorial Day.

As an impact leader for Exelon’s Powering Communities efforts, Goodman led a team that made emergency preparedness kits with blankets, flashlights, batteries, scissors and charging devices for the local American Red Cross of Delmarva.

Whether protecting Exelon in litigation or being part of its DEI and ESG efforts, Goodman loves her in-house role.

“I was concerned I might become bored in-house because litigation would be a smaller scope,” she says. “The reality is my practice area broadened and I became more knowledgeable and interested in the business behind what we do and it became relevant to my cases.” 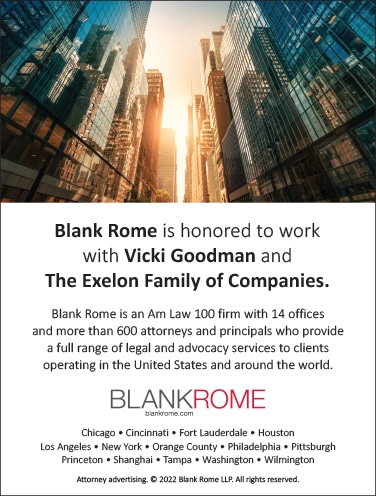 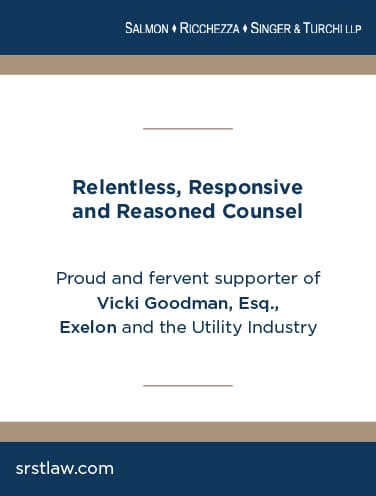