Devoting her legal life to children and the community

As a school administrator, Whitney Walters-Sachs says the actions she takes—or does not take—create ripple effects throughout the community.

“We operate in a complex system with many stakeholders with different interests and viewpoints,” she says. “Every decision sends a message about our mission and values, while setting a precedent to follow when similar circumstances arise.”

Growing up attending Pine Crest School, Walters-Sachs never could have imagined decades later being involved in such important decisions for her alma mater. 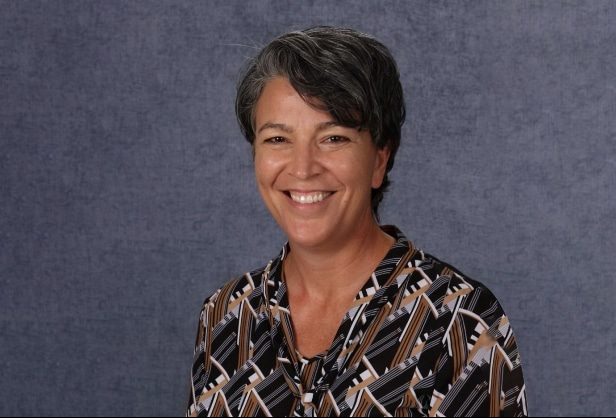 As the vice president of school and legal affairs for Pine Crest School, she’s helping make choices that will shape the school’s educational and operational foundation for generations. As the school approaches its 90th anniversary, Walters-Sachs says recruiting and retaining high-quality educators and staff and supporting the school’s diverse student population are two key components of her job.

“I draw on my legal background, understanding of school culture and educational leadership training each day to strategically problem-solve and plan for the future,” she says.

With campuses in Fort Lauderdale and Boca Raton, Florida, Pine Crest serves students in pre-kindergarten through 12th grade. In preparing students to be adaptable and successful in the real world, Walters-Sachs says the school has always been focused on promoting a culture of belonging. She sits on the committee responsible for implementing diversity, equity and inclusion initiatives and identifying areas of focus like curriculum, student mentoring and faculty and family recruitment.

Focus on the school family

The school’s leadership team puts considerable time and energy into delivering character education, which is a bedrock of Pine Crest’s mission, Walters-Sachs says.

“We want to ensure that everyone feels valued when they participate in our community,” she says. “By maintaining safe, trusting and inclusive learning spaces, we help create responsible citizens who lead enriched lives.” 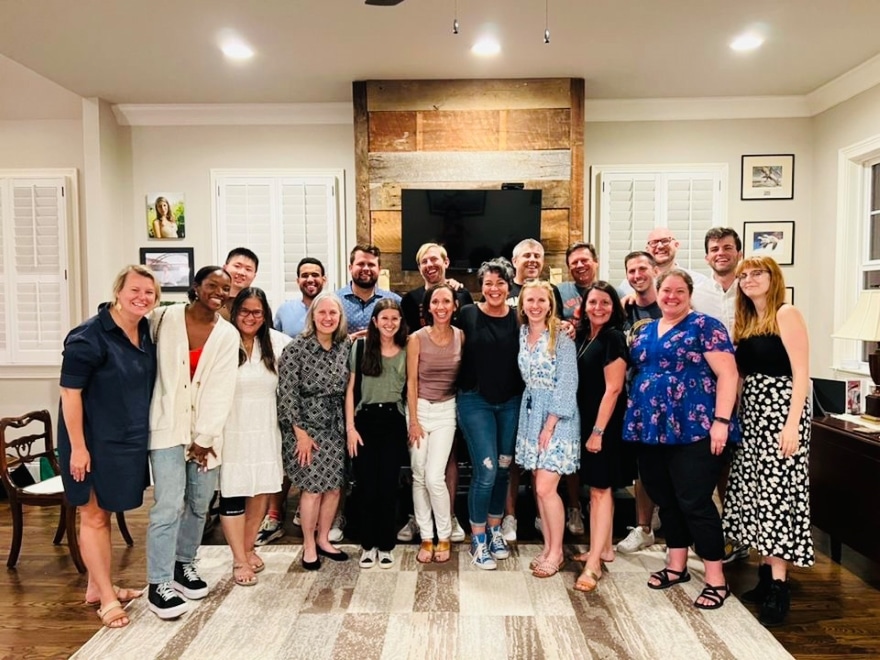 Whitney at Vanderbilt University with a colleague and her students

The DEI committee has hosted school-wide meetings and training sessions and formed teacher- and staff-led committees for each area of concentration. As the committee’s oversight has expanded, Walters-Sachs says the school has facilitated ongoing dialogue and raised awareness of its continuing efforts to foster collaborative and respectful learning environments.

“Our DEI work is neither the beginning nor the end of our efforts to build trust throughout the community and co-create safe spaces for learning,” she says.

Overall, Walters-Sachs says hers is a hybrid legal and administrative role. As a member of the executive leadership team, she has a 360-degree view of the school, including stakeholder relations, student supports and the structures, programs and resources fueling the operation.

In her capacity, Walters-Sachs regularly reviews human resource initiatives and makes changes when necessary. Recruiting and retaining teachers using perks like employee wellness programs, comprehensive benefits packages and flexible work schedules is something she views as crucial. She collaborates with colleagues to review and update employee benefits and handbooks annually.

Additionally, job descriptions for faculty, staff and administrators have been reviewed to ensure they clearly identify the responsibilities of each position and describe the role, not the person. Walters-Sachs has worked with the HR department to scrub hiring materials for imbalanced language and remove any unnecessary training, scheduling or physical requirements that could limit the applicant pool. 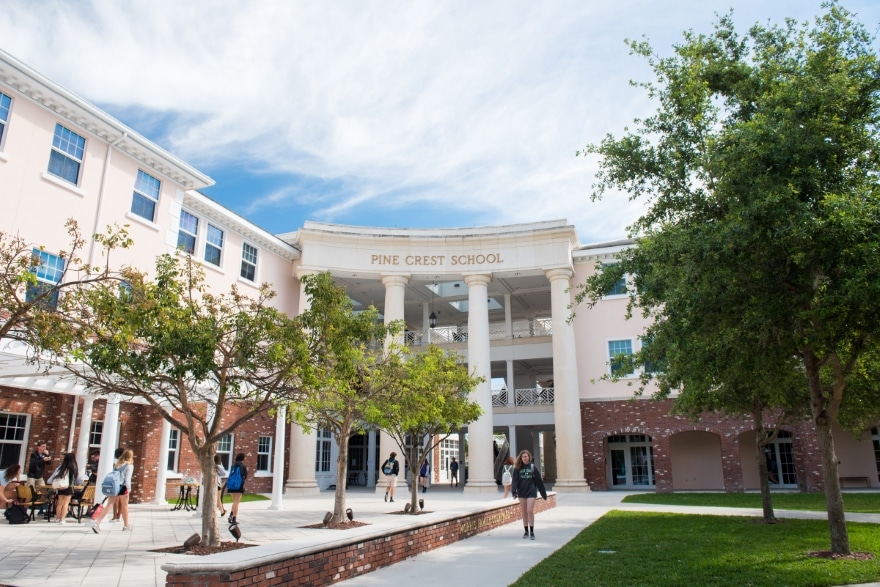 When the school communicates on significant matters with individual families or school-wide, Walters-Sachs plays a major role. Here again, she credits legal training with expanding her listening and critical thinking skills and reinforcing a desire to reflect empathy in all she does.

There are also enrollment, employment and vendor agreements that cross her desk, and as one of the leading members of the COVID-19 Response Team, she helped the school develop its health and safety protocols throughout the pandemic. That included resolving accommodation requests, devising policies governing remote work and creating screening, quarantining and other compliance protocols for employees, students and visitors.

Walters-Sachs grew up in Fort Lauderdale and earned a degree in foreign service from Georgetown University and a Juris Doctor from Brooklyn Law School.

“As a kid, I always wanted to be a lawyer, and throughout law school, I was drawn to litigation,” she says. “I never expected to end up an in-house lawyer.”

After spending two years as a law clerk for the U.S. Bankruptcy Court in the Eastern District of New York and then for the U.S. District Court for the Southern District of New York, Walters-Sachs spent seven years as a litigation associate at Skadden, Arps, Slate, Meagher & Flom in New York City and Los Angeles. She then transferred to Sheppard Mullin and was elevated to partner—at both firms, she handled corporate and entertainment litigation. 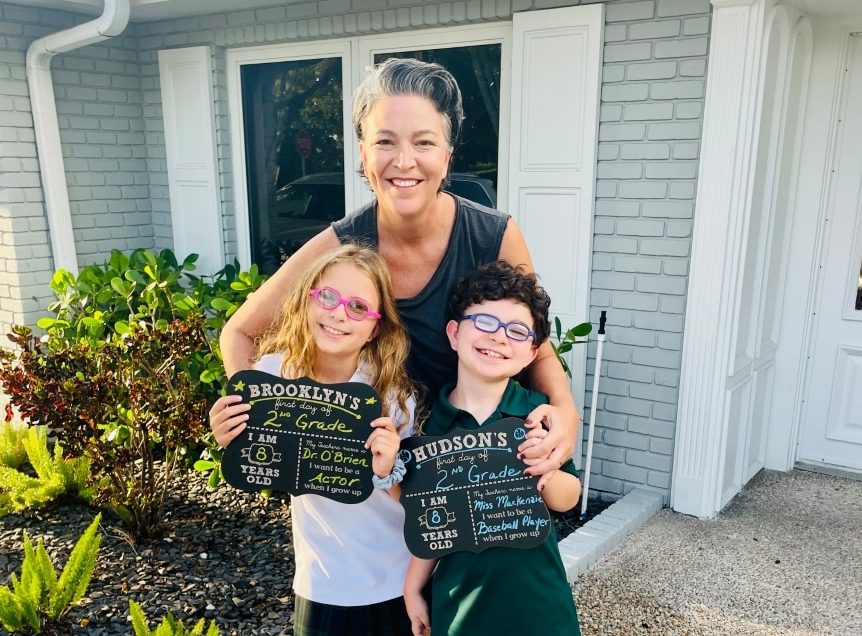 Whitney with her kids on the first day of school, 2022

While visiting family in 2014, Walters-Sachs met the person acting in a general counsel capacity for Pine Crest, and it piqued her interest in an in-house position. She made the move back to South Florida and assumed her current position in February 2016.

“At first, I considered it a move for my family more than a professional move,” she says. “But I quickly realized how much love I have for Pine Crest, its students and the intricacies of an academic setting.”

With an eye on learning more about leadership and the theories and pedagogy that drive learning, Walters-Sachs returned to school, earning a doctorate in education from Vanderbilt University. This year, she will obtain a degree in educational innovation and curriculum from the University of Virginia.

Outside Pine Crest, Walters-Sachs teaches courses in school law and educational leadership as an adjunct professor at Vanderbilt and advises doctoral students on their research. She is also actively involved in the independent school community at large, serving on the board of the National Business Officers Association, participating on accreditation teams, and lecturing nationwide.

“I am committed to student learning and growth—mine included—and I’ve discovered a calling I never knew I had,” she says. 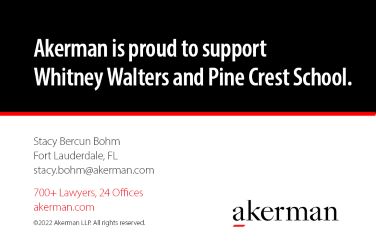