Most strategy retreats end with specific goals and actions planned.

But a retreat for leaders at Trinity University in June finished with an opposite approach. Rather than ending with specific steps to make Trinity a top liberal arts university, it culminated with ideas that were adaptable. The executive leadership team wanted to leave room for the ideas and vision of the new president, who was about to start. 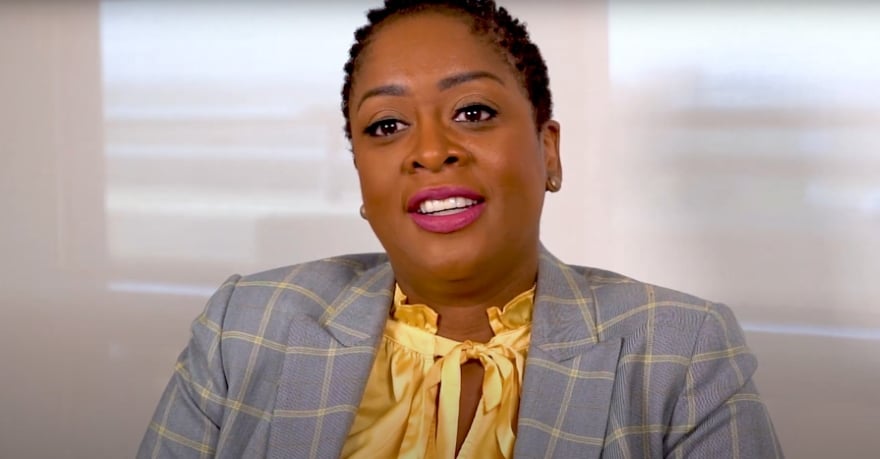 Erika Robinson, Trinity’s general counsel, is part of the executive leadership team that’s been getting the new president, Dr. Vanessa Beasley, up to speed, and incorporating her feedback on the plan developed at the retreat. Robinson also created  a briefing book for Beasley detailing the history of the general counsel position, goals for the office and updates on other legal matters.

“In other places, the general counsel only fixes problems, but at Trinity my role is to serve as the institution’s chief legal officer and a business partner to senior leadership,” Robinson says. “Because the role is still relatively new, I’ve had the opportunity to shape how the general counsel protects, contributes to and supports Trinity.”

Much of this work has involved identifying areas to strengthen the institution’s practices through risk mitigation. A large part of this work involves developing and amending institutional policies.

For example, Robinson recently helped create a policy for student-athletes regarding misconduct. With one-third of students being university athletes, she incorporated compliance with the policy into the existing enrollment infrastructure to make it “less burdensome,” says Robinson, who draws on her background in student affairs.

The policy came about when the National Collegiate Athletic Association released new requirements that mandate that institutions report certain information for all current, transfer and new student-athletes. Trinity’s athletic director sought assistance on how to put the compliance obligation into practice. Robinson developed an institution-wide committee to review the requirements, develop a policy and procedures to implement the standard and roll it out to student-athletes. 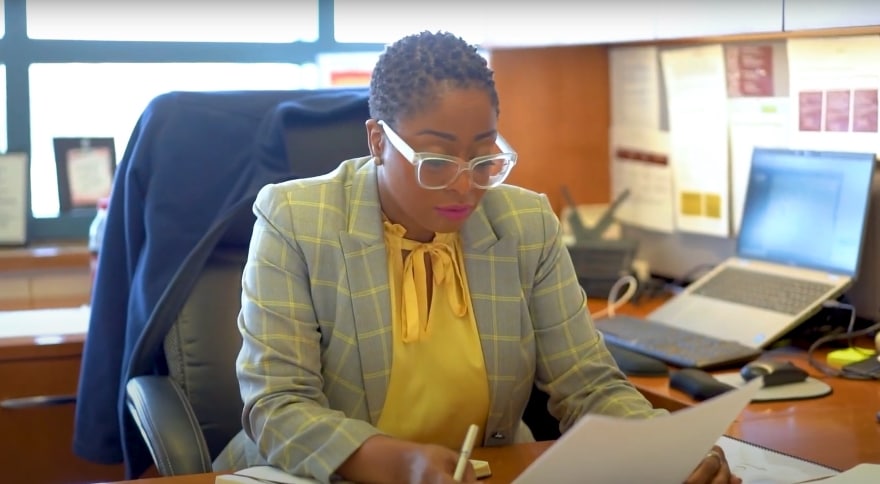 Going forward Robinson wants to craft a clear, defined process to make it easier to amend or create new policies.  So, she’s working with university partners to create a “policy on policies” that will articulate the steps required to create or amend institution-wide policies.

Robinson is also identifying ways to formalize Trinity’s compliance function by implementing recommendations provided to the university in a report from its external auditors. She’s working with campus partners to create an institutional governance structure for substantive compliance areas that will allow institutional leaders to meet, discuss best practices and document the achievement of compliance obligations.

“Everything comes back to our goal of becoming a top liberal arts university and creating an environment where Trinity offers students the tools they need to thrive in their purpose,” she says. “This work lays the foundation to make that a reality.”

Robinson’s desire to work as an education attorney stems from an incident in her early education. As a child, she was inappropriately placed in special education classes because her teacher said she talked too much. However, her mother knew her chattiness didn’t stem from a lack of understanding of the material, but rather boredom and not enough challenge.

“She advocated for me to be moved back into the traditional educational setting and after being tested, I was placed in a gifted and talented program,” Robinson says. “Sometimes we need people to intervene to help us get on the right path. I realized I wanted to do this on a system level for educational institutions through my work as an attorney.” 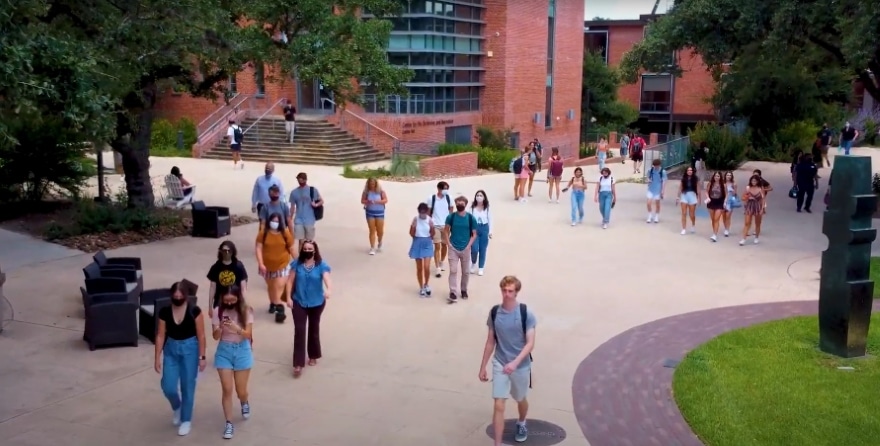 After earning her bachelor’s degree in political science from Agnes Scott College and her master’s in education from Ohio University, Robinson worked in student affairs in residential education at Dartmouth College and Drexel University. She earned her J.D. from the University of South Carolina School of Law.

After graduating in 2013, Robinson worked as an associate attorney at Gregory, Doyle, Calhoun & Rogers, a firm in Marietta, Georgia, where she was a member of the educational law practice group and represented K-12 school districts. She then served as the special assistant to the president and executive director of the office of diversity and equity compliance at Georgia Gwinnett College.

From there, she worked at Shelby County Schools, the largest school district in Tennessee, as associate general counsel for employment matters and as general counsel and Title IX coordinator at Jackson Public Schools in Mississippi before arriving at Trinity in 2021.

Serving as the general counsel of Trinity University is her dream job, Robinson says.

“This is the first job I’ve had where there is true synergy between all of my educational and professional experiences,” she says. “As chief legal officer, I support the institution’s vision for preparing students to lead in an ever-evolving world by providing sound, legal guidance.” 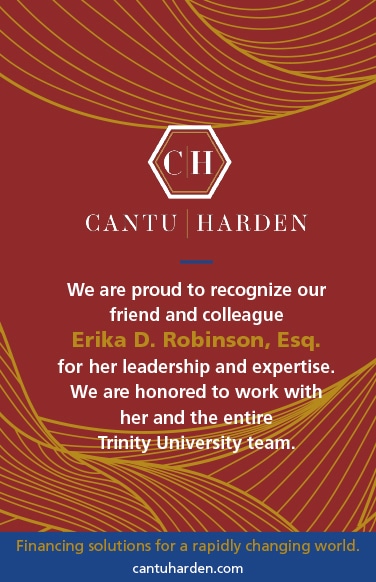 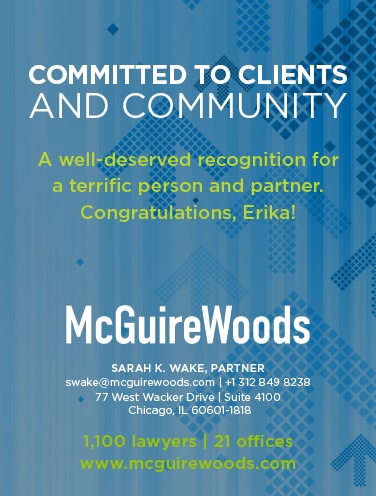 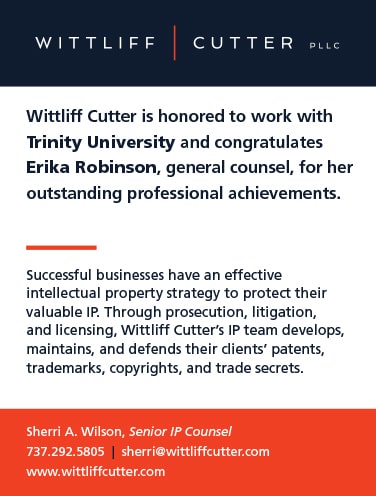 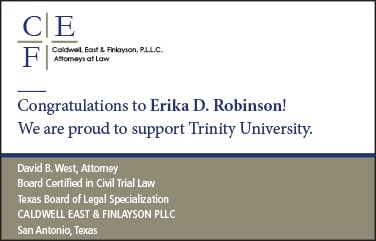