Back home at Del Monte

William Sawyers could go home again, although the place didn’t look quite the same. A lot can happen over the course of 13 years.

For Sawyers had been an in-house lawyer at Del Monte Corp. between 1993 and 2001, ascending to the general counsel position at 33 and becoming a trusted business adviser as well to the Bay Area company then best known for its canned fruits and vegetables.

Seeking a new challenge, Sawyers left for a partnership at Orrick, Herrington & Sutcliffe and later to manage the Ernest Gallo Clinic & Research Center, a nonprofit neuroscience institute that’s since merged with the University of California, San Francisco. 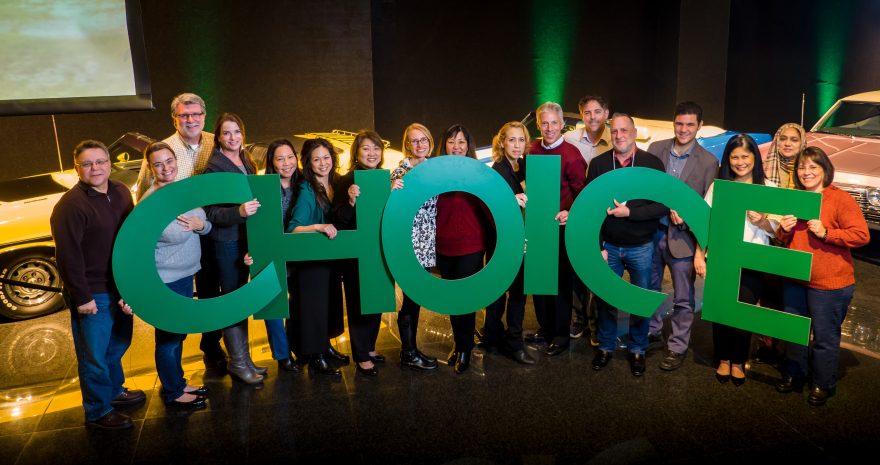 But four years ago, when the food wing of Del Monte was split from the parent company’s Big Heart Pet Brands business, the company’s new owners figured they could use some familiar faces to help adjust on the fly.

Gene Allen and David Meyers, currently chief financial officer and chief operating officer, respectively, were among the returnees to what was rebranded as Del Monte Foods, Inc. Sawyers, having made a fine impression during his prior tenure, was beckoned back as general counsel, with the added titles of senior vice president, chief compliance officer and corporate secretary.

“It’s a great group of people who are supportive of each other and want the company to succeed,” says Sawyers, whose duties include expanding that group with more legal talent.

And a focus on matters that weren’t such a priority during his first Del Monte go-around.

Can-do and can don’t

“It’s a much different Del Monte today,” Sawyers tells Vanguard in early June, just back at work after a trip east to see his Stanford Law School-bound son graduate from his own alma mater, Williams College in Massachusetts. “One of the big differences is our focus on innovation. That wasn’t our focus during the 1990s. Back then, it was mergers and acquisitions.”

While Del Monte will continue to produce the canned fruits and vegetables, those are no longer growth lines, Sawyers explains. Though healthy and wholesome, they’re just not as much in demand by the contemporary consumer who’s spurning processed foods of all kinds in favor of something fresh.

In some ways, Del Monte is just following the natural progression of a prudent corporate business model; for over 20 years, its offerings have included the small fruit cup snacks that are such a mainstay in children’s lunchboxes.

Now, under the leadership of new Chief Executive Officer Greg Longstreet, the company is making a renewed pitch to target adults with contemporary flavors and larger servings. When Sawyers spoke with Vanguard, Del Monte had just brought to market a line of generous fruit snacks, enhanced by oats and chia seeds, rich in omega-3 fatty acids and antioxidants—ingredients favored by today’s consumers and thought to mitigate the risk of heart attack and stroke. And those treats come in a plastic server rather than a can, Sawyers says, adding that they were developed in-house and he’ll be keeping an eye on anything similar from a competitor.

“Anytime you innovate, you’ve got to protect your intellectual property,” the pleasant but intense Sawyers reminds. “This is a sensitive area.”

As are others, such as labeling. Any kind of food production being a highly regulated industry, Sawyers is a stickler for FDA and USDA compliance.

“The regulations can be a challenge,” he says. “The language that can be used on product labels continues to evolve, and the food safety rules are rigorous and always changing.”

Then there are the other responsibilities that fall under his purview. Del Monte’s changing ways mean different arrangements with vendors and partnering manufacturers.

“As we look to add to our product portfolio, we will need to partner with other companies, and all those contracts go through the legal department,” he says. “Anything that has to do with finance, managing our credit agreements, corporate governance—it all goes through us.” 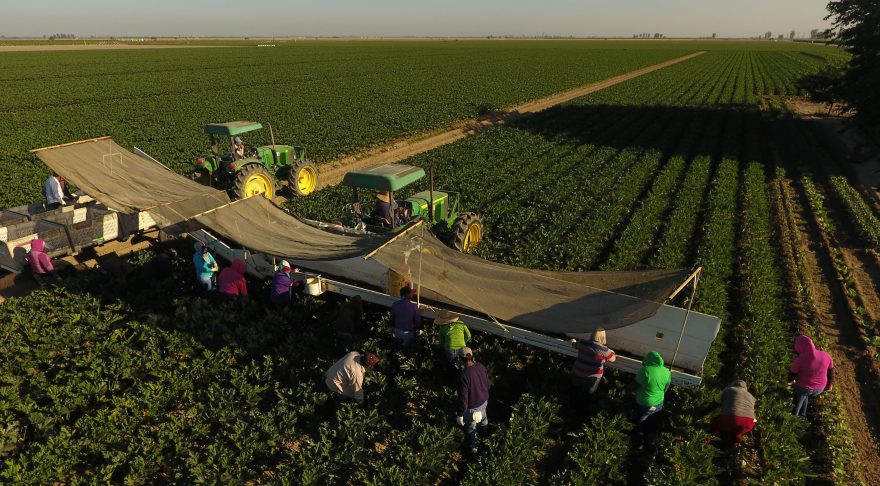 And “us” is a legal department of two lawyers, a paralegal and an administrator. Just the way Sawyers wants it to be. Among other benefits, it keeps everyone’s eye on the ball.

“I’ve always believed in having a lean legal department,” he says. “For the most part, the people I’ve hired have been generalists like me. Typically, it’s someone who can support the operations side of things while also managing our output side.”

The New York law firm of Kramer Levin Naftalis & Frankel acquits itself quite well when called upon as outside counsel for significant corporate, credit and litigation matters, he says. But Sawyers prefers to handle most work in-house, and for his aptitude on the administrative front, he can credit the largely non-legal job that preceded his return to Del Monte.

After his four-year partnership with Orrick, Sawyers served nine years as executive vice president, chief administrative officer and general counsel of the Gallo Research Center. Though there was a legal component to his duties, it often was secondary to other responsibilities.

“That position helped me better understand an organization beyond the legal and compliance functions,” he says. “I had all the non-science functions report to me—finance, human resources, grants management, facilities, even the veterinary staff who took care of the mice and rats used in the research. That experience gave me a much broader perspective that I took back to Del Monte.”

The perspective may only need to get broader as the company gets further and further out of its comfort zone that, since its late 19th century founding, had been canned goods. And that’s fine with Sawyers, who has always felt at home in-house.

The 1987 University of California, Berkeley School of Law grad is grateful for his time with Orrick, but given his druthers, prefers the inside role. It’s there where he can see the fruits of his efforts. Sometimes literally. 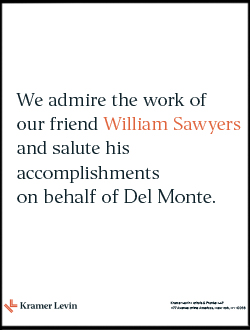