By the time a business jet reaches a cruising altitude of 41,000 feet, many passengers are counting down to two things: landing at their destinations and the arrival of their in-flight catering.

While Lara Hajjar Ayoub has little control over how quickly the pilots go “wheels down,” she does play a major role in appeasing the appetites of private jet customers of Universal Weather and Aviation.

Established in 1959, the Texas-based international company plans and manages trips and missions for business aviation operators, like private jets. Universal provides tools and services that reduce operating risks and stress; this includes access to the industry’s regulatory experts, ground handling and ground transportation as well as do-it-yourself mission planning resources and in-flight catering. 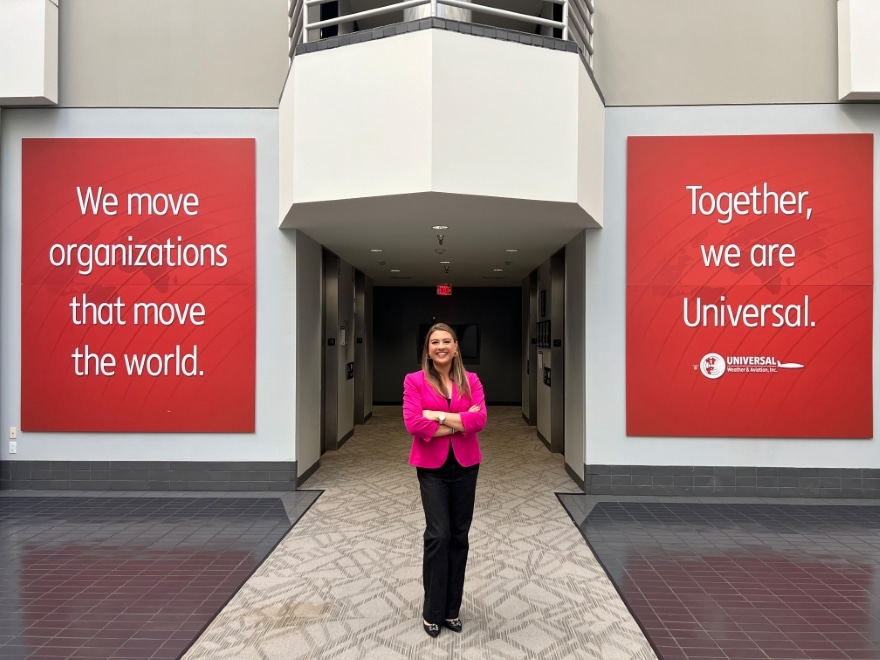 In 2011, the leadership team and executives wanted to enhance the aviation services provided. So, they decided to acquire Air Chef Holdings—now known as Air Culinaire Worldwide, an in-flight catering business and concierge service. By then, Ayoub was close to celebrating her second work anniversary with Universal Weather and Aviation as its senior corporate counsel.

“This was a project that really drew out and honed my leadership skills,” she says. “Yes, this occurred over a decade ago, but it’s definitely one of the most impactful things I’ve done here, particularly because I worked on it from start to finish.”

Starting in late 2010, Ayoub worked on the acquisition for around 6 months. She negotiated issues related to the purchase and sales agreement with the seller and drafted acquisition documents alongside Universal Weather and Aviation’s then-general counsel.

“I enjoyed working closely with the GC and seeing firsthand how he approached the various aspects of such a major deal,” she says. “Sitting with him in all the meetings and phone calls gave me invaluable insight and experience.”

She worked autonomously as well, taking a trip to Ohio to perform due diligence and a legal audit to confirm the seller’s claims. She also tackled tasks unrelated to the acquisition, such as negotiating customer service and vendor agreements. 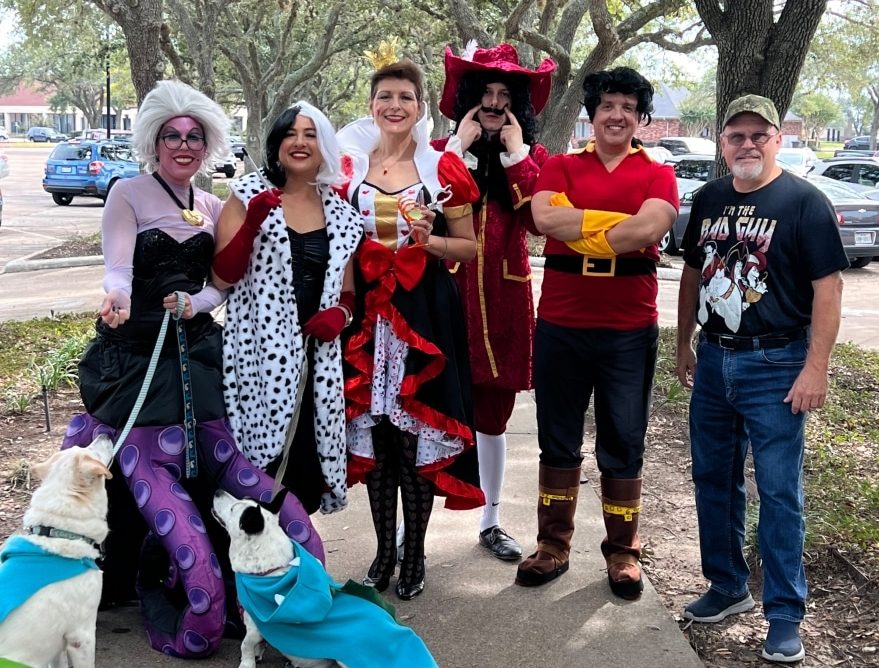 On May 11, 2011, the acquisition was completed, and Air Culinaire Worldwide became a wholly owned subsidiary of Universal. Since then, Ayoub has been working alongside those at ACW as their lead contact attorney. She’s particularly enjoyed watching the company grow through its asset purchases over the years. These include its purchases of SkyTop Catering and Stevie’s in 2016, Food4Jets in 2019 and its acquisition of Bond & Butler in September 2018.

According to Ayoub, in-flight catering has improved since the ACW acquisition. Customers are looking for healthy options or ones that meet their dietary needs: gluten free, vegan, paleo, keto or low sodium. Many passengers also order high end meals for their pets.

As a direct result of Ayoub’s work on this project and her management of daily legal tasks, she received a promotion to assistant general counsel in July 2014. She now works closely with the company’s business development group on domestic and international mergers and acquisitions, as well as joint venture matters.

While Ayoub says she has always felt valued at the company, a recent LinkedIn post really hit home.

“Without this lady, our network wouldn’t be what it is today,” the company wrote about her. “She works closely with every one of our departments (not an exaggeration) and on a day-to-day basis, you can find [her] doing everything from contract reviews and negotiations, managing HR and litigation matters and handling general compliance, credit and collection matters.” 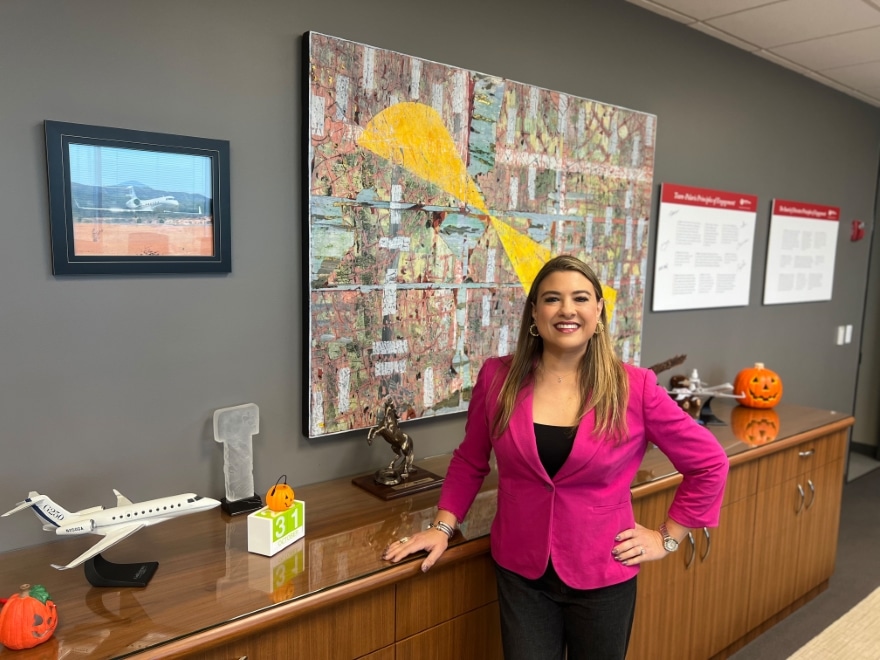 She’s handling these responsibilities across several regions: Europe, the Middle East and Africa. She also handles employment issues and various agreements, including those from government agencies or the entertainment industry—or one of the 3,000 vendors across the globe.

Her work doubled during the COVID-19 pandemic as labor resources dwindled, but she had to continue onboarding Fortune 100 and 500 clients, which she managed successfully.

She particularly loves Universal’s atmosphere. Despite the current hybrid situation, coworkers still get together for events like chili cook offs, meetings and lunches. Some of the legal team members dressed up as Disney villains for Halloween this year and won first place in the office costume contest. 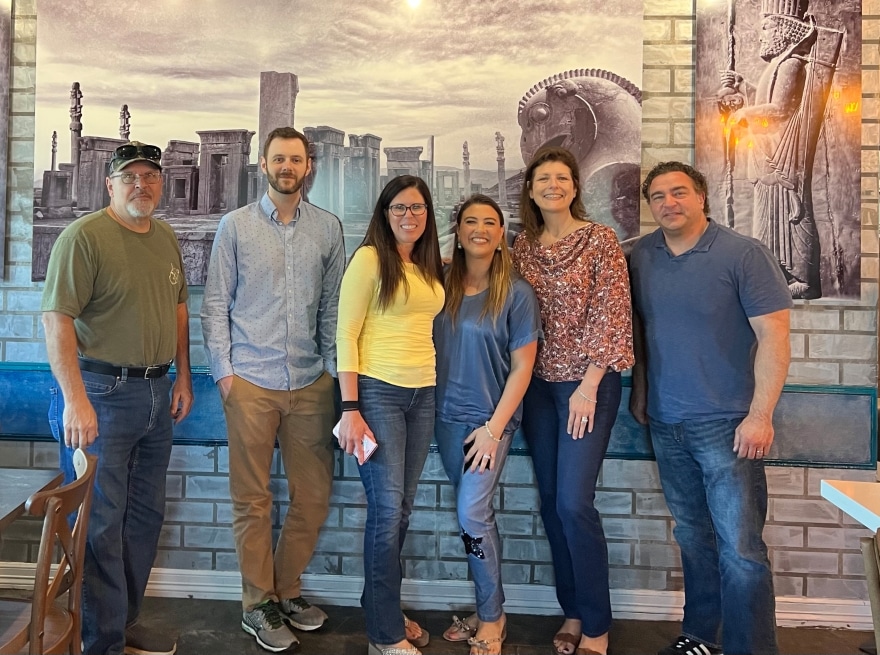 According to Ayoub, the directors and management provide opportunities for career development and offer flexible schedules and events to help colleagues connect. This allows for a good work-life balance, meaning she can spend time with her three sons who are 10, 7 and 4. She loves being their soccer mom and traveling the world with them and her husband; this includes many trips to Legoland.

She also takes time to volunteer for St. Jude’s Children’s Hospital as a member of the Houston gala committee, which has been her passion for the past five years.

“I’ve been at Universal Weather and Aviation for nearly a decade and a half because I love the culture and people here,” Ayoub says. “We work together—and have fun together—and this extends to employees at all levels as well as the executives and the board of directors. I can’t wait to see where our wings take us next.” 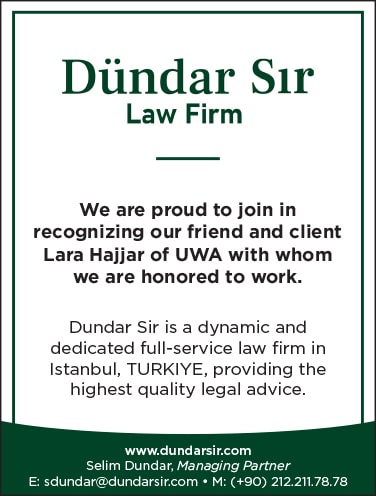