It’s a good thing Matthew McFarlane hates stagnation, because things at Python Holdings are anything but in this thrill ride known as 2020.

As its first general counsel, McFarlane arrived at Python just weeks ahead of COVID-19. The transactional, HR and M&A tasks he expected to handle were shifted to a back burner as the pandemic took hold, and a new and sudden business opportunity to make personal protective equipment presented itself. 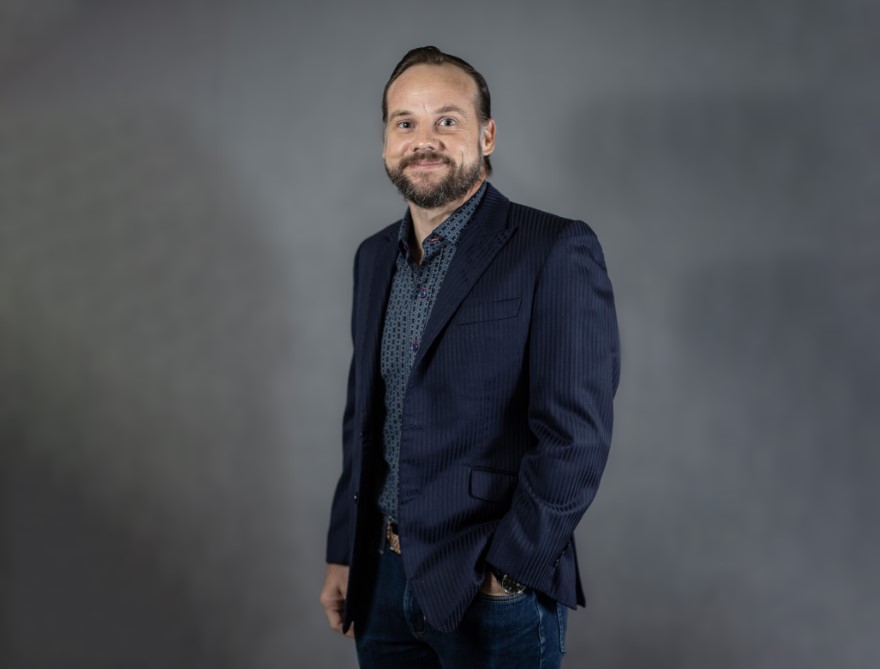 The shift tested McFarlane’s legal mettle as he delved into new realms of federal regulations and contracts to get the gowns approved and sold. For someone who likes a fast pace, it wasn’t necessarily a bad thing, he says.

“I think as far as Python Holdings goes, it’s a very fast-moving, innovative company based on strong work ethic and morals. It’s based around a good team and great people,” McFarlane tells Vanguard. “We’re extremely tenacious, highly adaptable and have a lot of grit. People in the region know if they want something done right, they should come to us.”

The opportunity to make personal protective equipment presented itself when one of Python’s subsidiaries, Wildcat Cables, was approached by local government leadership to help with the COVID-19 crisis. Normally, Wildcat makes specialized cables for mobile command centers, such as those used by police and government agencies.

Responsible for the legal logistics, McFarlane teamed up with Wildcat President and CEO John Houston and converted the production floor at a 30,000-square-foot facility in South Texas to make gowns. 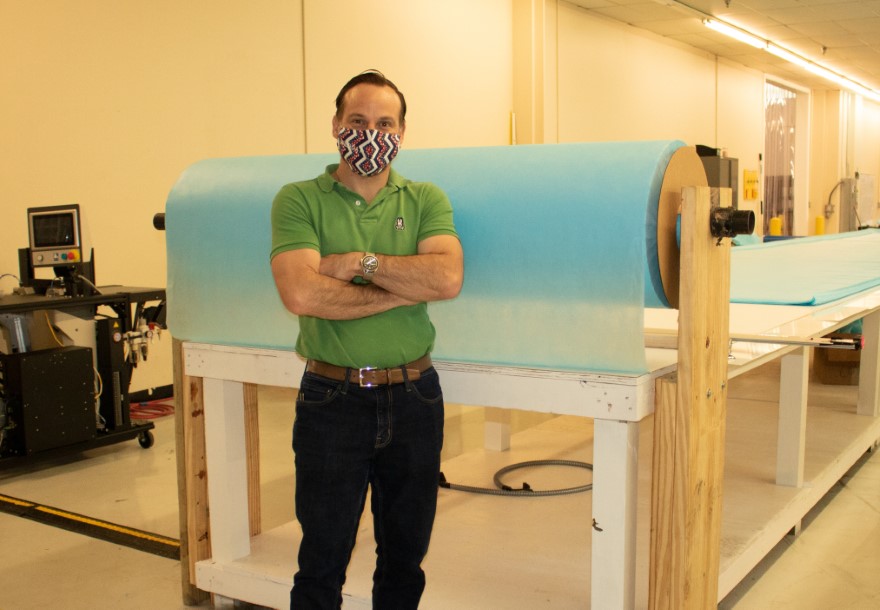 With his MBA from Rice University and Six Sigma Black Belt, Houston was an expert at developing the processes for lean, just-in-time manufacturing, McFarlane says.

“I went from never seeing a hospital gown to seeing us manufacturing 4 million a month,” he recalls. “As far as manufacturing goes, I have never seen anyone who’s John’s equal.”

Within several months, what’s now Wildcat PPE had outgrown its facility and moved into two more with a total of 300,000 square feet. The number of employees making gowns increased from 120 to 2,600. By the end of 2020, McFarlane expects Wildcat PPE to employ 6,000 people as it fulfills contracts including one with the Defense Logistics Agency, a combat logistics support agency in the United States Department of Defense.

As adept as Houston was at creating the production line, it was McFarlane’s job to register and ensure compliance with the U.S. Food and Drug Administration.

“I had to get a pot of coffee and not sleep for two weeks to get up to speed on FDA requirements,” he quips. “It took a mental shift, but I expect to learn something to the best of my ability and do it better than anyone else.” 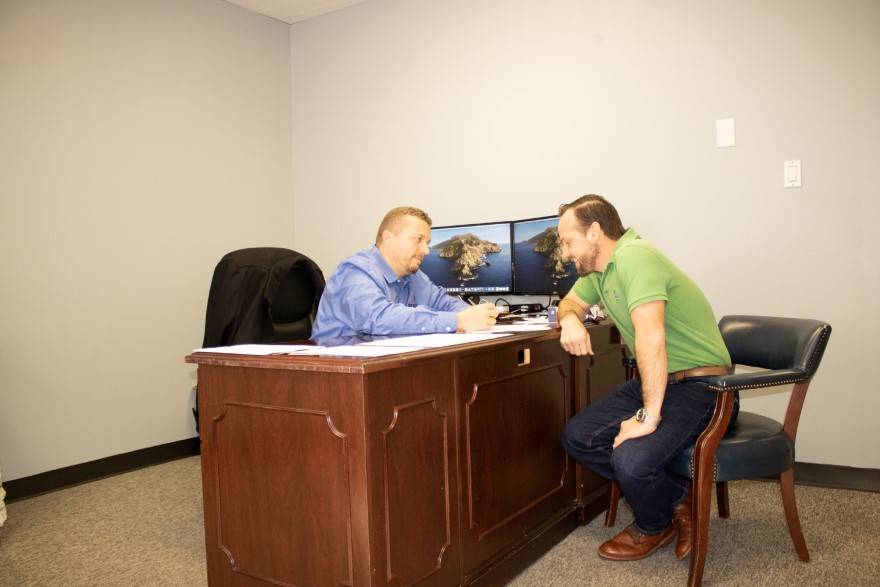 After learning the requirements for FDA approval, including the testing protocols, McFarlane wrote the 510(k) registration for the agency and turned his attention to negotiating contracts for the gowns. Between the DLA and subcontractor transactions, Wildcat PPE has the opportunity to do about $2 billion worth of business over the next three years or so.

The opportunity to provide assistance during the pandemic came as some of Python’s other companies were facing harder times due to the collapse of oil prices in the spring.

As sudden and devastating as the onset of the coronavirus pandemic was, the oil market bottoming out may have been even more so as futures prices plunged below $0 per barrel in April.

The market contraction swelled through clients of Python’s subsidiaries, creating a wave of negotiations on lease terms, sales agreements and other contractual agreements with customers and financial institutions. It’s all about providing relief in hard times, and McFarlane enjoys employing creative solutions to ensure solvency and recovery.

“I do what’s asked of me when I’m called on, and I can give good advice on the business side,” he says.

It’s good advice built from practical experience. A native of Conroe, Texas, from 2010-2017 he was chief operations officer and general counsel at Firestone Cryogenic Equipment, a family business founded in 1974. There, under the subsidiary name of RAP Equipment, he built the lease fleet for portable bulk gas systems to more than 100 through grit and perseverance, he says.

Yet McFarlane was not groomed for a life in business despite his family’s enterprises. Instead, he graduated Texas A&M University with a bachelor’s in wildlife management in 2004. 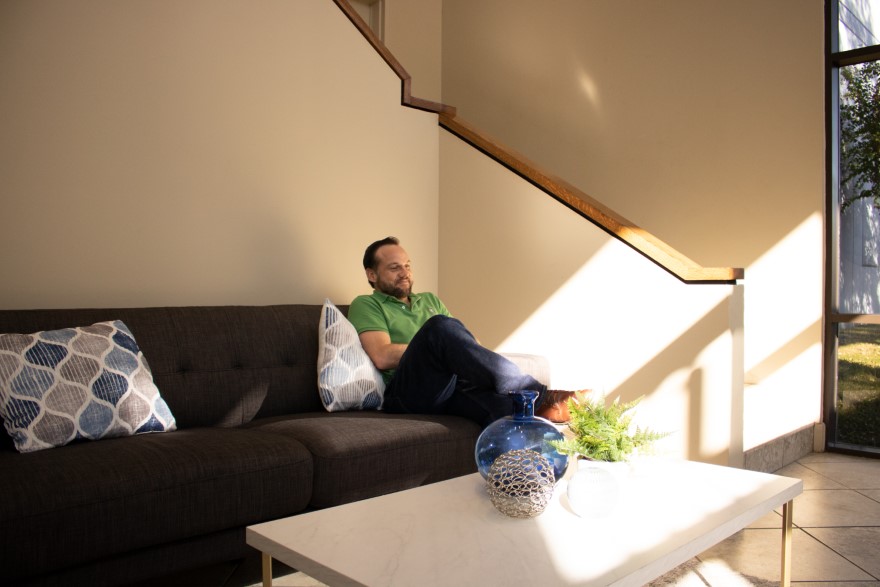 A lover of the outdoors who was unsure how to use his degree, he followed his uncle’s advice and enrolled at South Texas College of Law in Houston.

“I learned I had a love for the analytical side of law and did well,” McFarlane recalls. “There’s nothing that can prepare you for law school, it’s a completely different experience.”

After earning his JD in 2008, he spent time as an associate attorney at a Houston firm before joining the family business. After the company was sold, he moved on to several business endeavors including serving as chief operations officer for a large construction company.

While working at Firestone Cryogenics, McFarlane had gotten to know Python founder Jason Arcemont, whom he considers a visionary and the friendship became an opportunity when he joined Python in March.

“The team we have at Python and at the portfolio companies gives us the ability to grow and make this into something extraordinary,” McFarlane says. “This group of people, all with the same mindset as far as potential and dedication, is sure to lead to some serious success.” 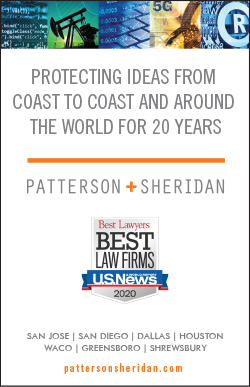